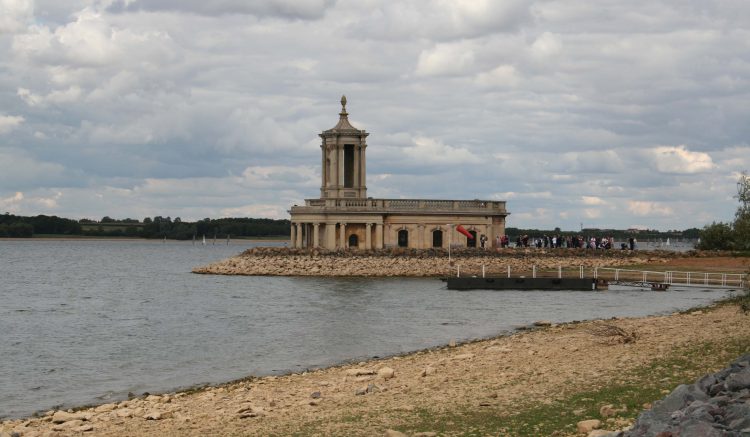 One of my favourite songs is a Rainy Night in Georgia sung by Brook Benton, today it is a rainy day in Dorset. Thereby proving Lyn wrong, the sun does not always shine in her home county. The rhythmic sound of rain falling on the Unicorn is comforting and makes us feel secure in our tin can. It pours for much of the day. There is discussion about an early afternoon walk with Lyn’s sister-in-law Mary and her family. But a sensible decision is reached and we agree to leave it until later in the day.

Time to catch up with blogging, when we set off I thought I might publish something a couple of times a week. However the feedback from friends is that they are awaiting a daily update. It is good to hear that so many are following us and I really appreciate the comments that people have posted.

The tale of how we find ourselves in this situation is worth sharing. A number of years ago Lyn and I were in Ross on Wye staying in a very nice B&B. Just up the lane was a Camper Van dealership. We had a look, I thought it would be fun to have something we could travel in with our then dog, Baggins. Lyn was not convinced, arguing that the comfort of a B&B was what she required. I believe the slice of cake that had awaited us when we arrived at the B&B influenced her.

Fast-forward six years and we are looking at caravans. It’s Lyn’s birthday and I have taken her out for the day and we call in at our local caravan dealer on the way back. She finds it interesting but it is clear that owning a caravan is not on her agenda.

Almost a year later and again we are looking at vans. Lyn is still unconvinced, “why not rent one for a week to see if we like it”. When I was a nipper our family had a caravan, I can remember being away when it rained for a week. Not a lot of fun. The vision of Lynnie and I being away for our ‘trial week’ and it raining non-stop made me suggest that we go the full hog and buy one. Following lengthy discussions, Lynnie eventually agreed to buy a van. With the proviso that if we don’t like it, we can sell it and put it all down to experience.

Year one we had nine nights in the Unicorn, the second twenty-six, so far this year we have had twenty-eight. It was during one of our trips last year that Lynnie suggested that we go on tour. It was at that point that I realised that she really did enjoy being in the van and was not just saying so to keep me happy. At the time we were away in Uppingham, staying on a cracking CL called Rectory Farm and we had the discussion whilst walking around Rutland Water. The picture above is of Normanton Church on the edge of the reservoir. It was an important week in our life. I went assuming that I would probably have to commute to London for another five years and came away knowing that come the spring of 2014 life would be very different.

The rain is easing and we head off to John and Mary’s for Sunday dinner. Roast beef, a treat for caravanners. Lyn’s two nieces are there, Hannah and boyfriend Adam and Charlotte with husband Rew. There are also dogs. Mary has a lovely lab/collie cross called Tally, she could come and live with me any day of the week. Charlotte and Rew have an absolutely adorable thirteen week old Pointer pup called Dora.

After dinner Adam goes to fetch his dog Mutley, a lurcher, and we head off for a walk. Dora is too young for the walk so stays at home with her mum and dad. The rest of us walk to Upton Country Park. There are wonderful views across Poole Bay and the sun is out to make the stroll even more enjoyable. On the way back we walk along the old railway track that runs behind the bungalow where Lyn grew up. Lyn and John are talking about the people that lived in various houses fifty years ago. In those days it was a village, not any longer.

Back in the Unicorn over a cup of tea, the Unit Police are on a major clamp down, it’s time to plan tomorrow’s outing.