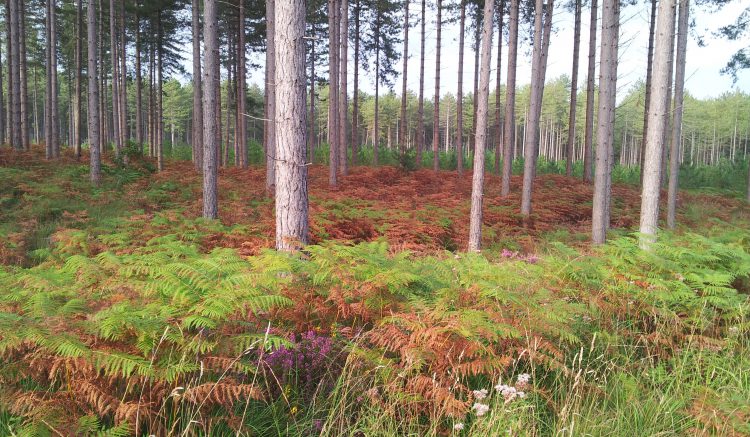 I recall that as a nipper in the 60’s I went on an outing with the Judd’s to Bovington Camp for the open day. I remember the excitement at watching the tanks go through their routine. Probably at the same time Lyn was there with her family, it was part of her Uncle Len’s itinerary for his holiday in Dorset. Lyn talks about being in Len’s traveller van, along with her father (Tim), mother (Miki) brother John and her Auntie Dot and cousins Robbie and Elaine.

As we walked above Tyneham yesterday we talked about these memories from our childhood. We might even have been standing next to each other looking at the same tank. I might have noticed Lyn, but you can guarantee that she would not have looked twice at me!

So today’s trip is a walk around Bovington Camp. Again this is an area of MOD land with restricted access. We park up near Affpuddle Heath and walk back along the lane towards Cull-peppers Dish, it is easy to walk past without noticing, but it is an area of special scientific interest, a dramatic sinkhole. Initially the trees look like they are in a small dip, but as you approach the edge you realise the depth of the hole. A bit scary for a lad with vertigo!

We are off onto Bryants Puddle Heath, picking up the Jubilee Trail and following it through Moreton Plantation. We then join the Lawrence Trail taking us back towards Bovington, skirting the camp and up to a viewpoint where you can observe the tanks and other military vehicles. We then walk along a path running parallel to the road to Cloud’s Hill. It was on this road that Lawrence of Arabia was killed in a motorcycle accident. We soon arrive at the stone that marks the spot.

T. E. Lawrence was a British Army officer renowned for his liaison role during the Sinai and Palestine Campaign and the Arab Revolt against Ottoman Turkish rule of 1916–18. The breadth and variety of his activities and associations, and his ability to describe them vividly in writing, earned him international fame as Lawrence of Arabia.

A couple of months after leaving military service, aged 46, Lawrence was returning from Bovington to his home nearby at Clouds Hill on his Brough Superior SS100 motorcycle. In a dip in the road he came across two cyclists and swerved to miss them. He lost control and was thrown over the handlebars. He died six days later. At the viewpoint we had read the story and the conspiracy theory that mentioned reports of a black car in the area at the time, but strangely neither of the cyclist could recall this. We had gone no more than twenty yards past the marker stone when two cyclists rode past heading to Clouds Hill, the next vehicle heading to Bovington was a black car. Now that’s what I call spooky.

Looking at the watch we find that we are behind schedule. We have visitors coming later. Head down we march on, cross the road and follow the footpath. Fifteen minutes later we meet a choice of routes and check the map. We then realise we are heading the wrong way. Retracing our steps we go back towards Clouds Hill turning right onto Tonerspuddle Heath before picking up the road to Cull-peppers Dish and the car. I had told Lynnie it would be a quick walk, but we have been over three hours.

It’s back to the Unicorn for a quick tidy up before our guests arrive. Stuart and Mandy are neighbours at home. Our gardens almost abut and we regularly chat over the fence and get together for a meal or drink. They arrive with their cocker spaniels, Cockle and Bryn. Cockle is an old girl, Bryn is a lively young fellow. After a cup of tea we drive to Wareham Forest to walk to Woolsbarrow Fort.

Stuart and I occasionally play golf together. He can see the point in walking after a golf ball, especially when it’s in the middle of the fairway. (He is a bandit as I discovered when he took me apart at Golspie whilst in Scotland last year.) A walk to the top of a hill (especially after two hours grass cutting earlier in the day) was not high on his wish list, but he is easily distracted by talk of football, golf and fishing.

We reach the top of Woolsbarrow and as I promised, it is agreed, the views are worth the walk. We make the return trip rapidly, we have a BBQ to fire up and a couple of bottles of ale to sample. We spend a very enjoyable evening of banter. A reminder to Lyn and I that whilst the travel is great fun the one thing we miss from home is the company of friends. 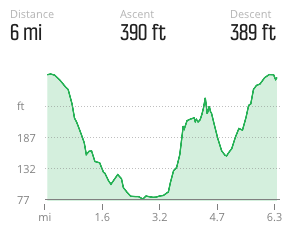