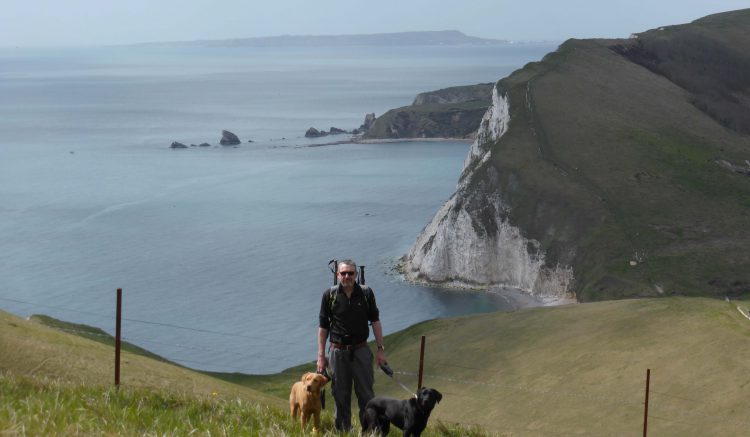 Another sunny day, Lynnie tells me that the sun always shines in Dorset. As it’s Good Friday there is a lot of holiday traffic about as we head off to Wareham and the Purbecks. Yesterday when we arrived at the Povington Hill car park above Tyneham there were two other cars, today it’s packed.

The footpath takes us across the MOD firing ranges. We are high up and get fantastic views back over Bovington Camp and Poole harbour, we can see for miles. We walk the ridge along Whiteway Hill and reach Flower’s Barrow Hill Fort, overlooking Worbarrow Bay. This Iron Age hillfort was taken over by the Romans and much of the ramparts still remain.

Once through the fort we go steeply downhill. We are on the coastal path, I don’t like heights and will do anything to avoid being near a cliff edge, Lyn is not so bothered. We are still far enough from the edge for me to feel comfortable, just. Then we see the path that climbs the other side of Arish Mell, this would take us on towards Lulworth Cove, well it would if it was not so close to the edge. You can see vividly how erosion is eating away at this part of the coastline. 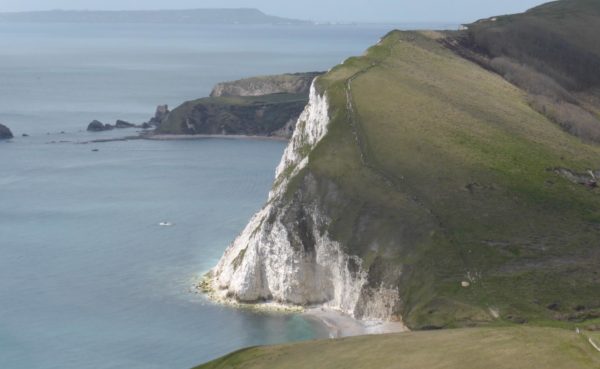 We occupy a picnic table by the fenced off bay of Arish Mell, it looks tranquil but the signs warn of unexploded devices and apparently this was the site of a series of discharge pipes carrying effluent from Winfrith Power Station into the sea. On the hillside are the remains of tanks and other armoured vehicles that are used by the Army as target practice. Definitely not an area where you should stray far from the footpath. 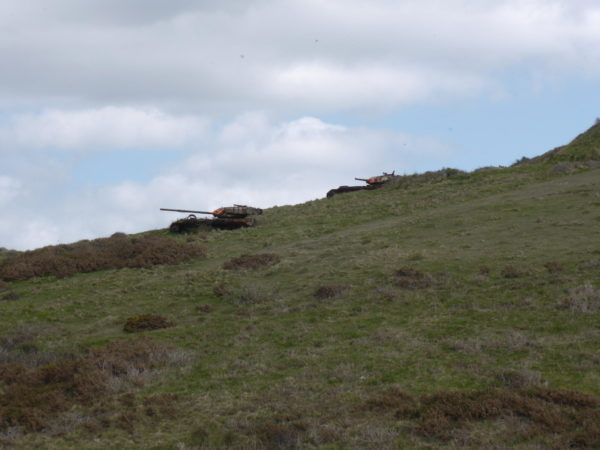 We retrace our steps back up the hill, a good climb, through the hill fort and after a while turn right to follow the track down into Tyneham village. The story of the ghost village of Tyneham is a reminder of the impact that the war years had on parts of the country. The village is mentioned in the Domesday Book as Tigeham meaning ‘goat enclosure’. The village and 7,500 acres of surrounding heathland and chalk downland were commandeered just before Christmas 1943, by the War Office, for use as firing ranges for training troops. 252 people were displaced. This was meant to be a temporary arrangement, but in 1948 the Army compulsory purchased the land and it still remains a training ground. The village is only open on certain days of the year.

Many of the houses have been damaged by shelling, but the 13th Century St Mary’s church remains intact and houses pictures and stories from the past. It is a very moving place, highlighting a community torn apart. But it was seen as part of the war effort. A note left on the church door by the last person to leave read “Please treat the church and houses with care; we have given up our homes where many of us have lived for generations to help win the war to keep men free. We shall return one day and thank you for treating our homes kindly.” Sadly they have not been able to return yet, and probably never will.

The village is bustling with tourists so after visiting the church and a quick wander round we decide to move on. We have been spoilt by the isolation of our walking over the last few weeks and crowds definitely don’t suit us. So it’s time for the steady climb back to the car. The Army’s ownership of this vast area has meant that it is a haven for wildlife and soon we are accompanied by bird song and just see the occasional walker. That’s more like it. 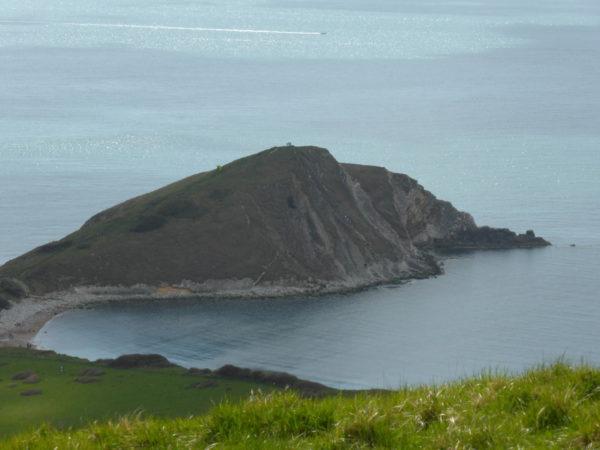 Suitably worn out (another three hours walking notched up with some good climbs) we return to the Unicorn and fire up the BBQ. We have our first visitors since starting our travels. Lyn’s brother John and his wife Mary are joining us for a meal, a good chance to catch up. All in all a very pleasant day and evening. 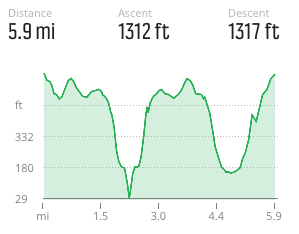