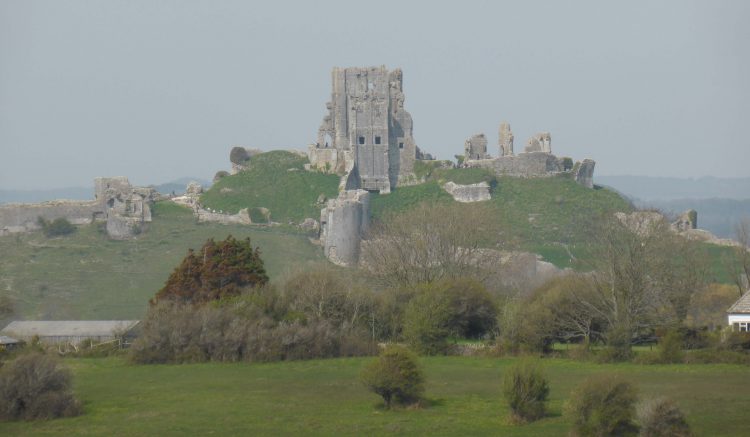 Wednesday and a trip to Salisbury for an appointment, I get the right day this time! We use the opportunity to pop in and see Bob. Whilst I take the dogs for a walk Lyn visits our friends Andy, Georgi, and their four week old son Rueben. When I call round to collect Lynnie she has a firm hold on Rueben and he has his gums secured to our friend Sian’s finger. A picture of tranquility, his mother claims he keeps her awake all hours, but every time I’ve seen the little chap he is fast asleep.

Crosby is eager for an early morning walk on Thursday, the sun is shining and he wants to be out. Reluctantly Dexter joins us. Forty minutes around Beacon Hill and then back for breakfast. After doing our jobs around the van we have a discussion about plans for the day. Not surprisingly we decide to walk.

This time it’s out towards Tyneham. But when we get there the walk over the MOD land is closed, open on Friday, so we take a quick look at the map and decide to walk in the opposite direction back towards Corfe Castle.

Parking up just above Kimmeridge village we head off over Smedmore Hill to Swyre Head. The viewpoint here gives fantastic views back along the Jurassic Coast. 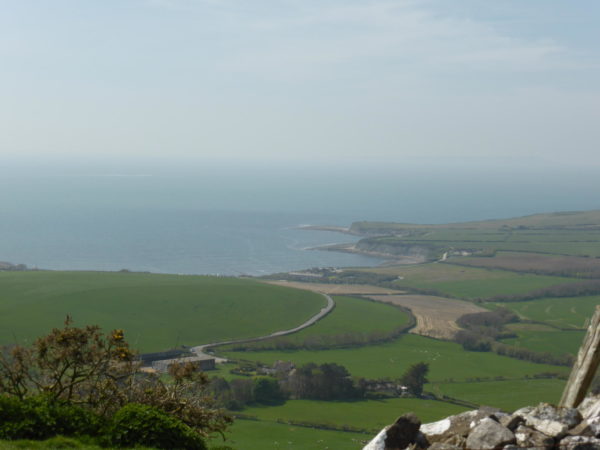 A nice solid stone seat is our chosen spot for a sandwich. Refreshed we head off towards Kingston, passing Polar Wood on our left. Overlooking Encombe House is another stone bench. This time erected in memory of those that lost their lives in two air crashes near the site. 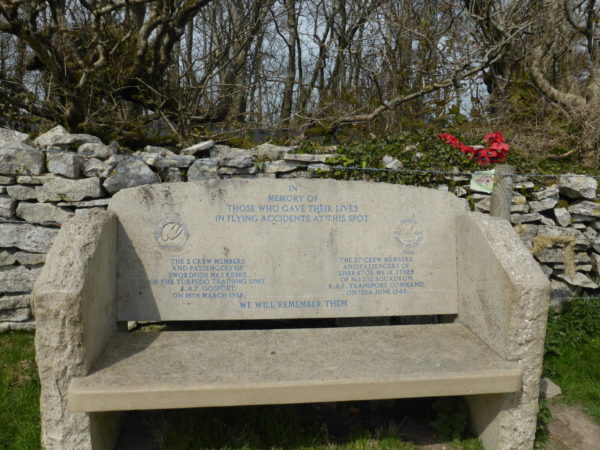 The first crash on 18th March 1938 saw a young pilot in the Torpedo Training Unit, flying a RAF Swordfish Mk 1 towards Plymouth flying low over the Purbecks to avoid low cloud, clip the top of trees in Polar Wood. He and his two passengers, along for the ride, lost their lives.

The second accident on 15th June 1945 was the crash of an RAF Liberator MK IX . It had taken off from RAF Holmsley South in the New Forest and was heading for Palam, India with its first refueling stop in RAF Castel Benito, near Tripoli. After heading out over the coast the pilot reported loss of fuel pressure and turned to return to Holmsley South. Again low cloud was the problem and the plane crashed into the hill above Encombe House, near what is now the coastal path. Wreckage was spread over a wide area with one wing ending up near the footpath in Polar Wood. All twenty-seven on board lost their lives.

We meet three people walking on the same path. They know the area well and tell us the most scenic route into Corfe Castle, plus a recommendation for a walk near Tyneham tomorrow. We bade them farewell and followed their directions. Just as we enter the village of Kingston, (we know it well from having visited the Scott Arms on a number of occasions), we turn on the path to Blashenwell Farm. Walking through the farm yard, with it’s traditional farm buildings awaiting development and rusty old water wheel not functioning, we head towards Corfe Common and have a splendid view over the castle. 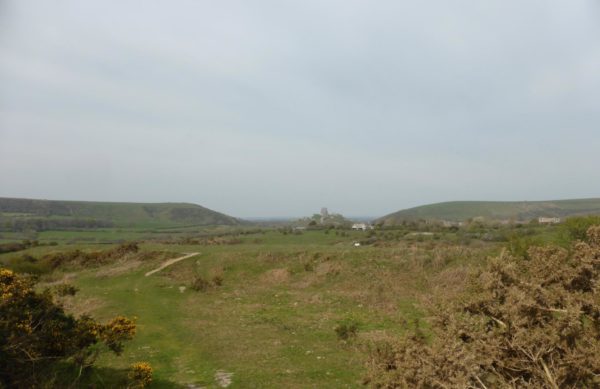 We finish our picnic in Corfe Castle, no ice cream for Lyn today, and head off again around the castle towards Knowle Hill. Initially on the under hill path then climbing to get the views, then a steep drop down into Cocknowle following the lanes back to the car park. A good walk, out for just over four hours.

Back in the car we pop down to Kimmeridge Bay and then head back to the Unicorn. Time to get the feet up and plan tomorrow’s adventure.

To view this 9 miles walk on OS Maps Click Here 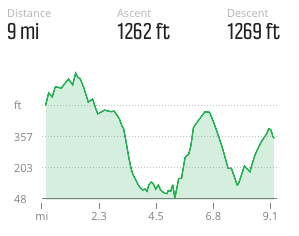