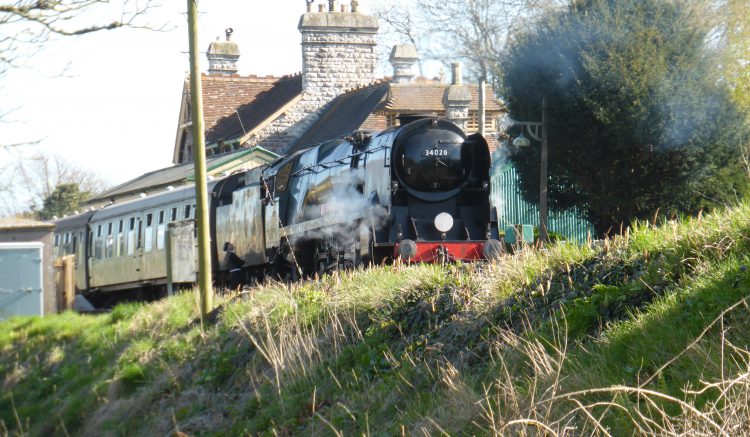 Tuesday morning arrives and we prepare for a trip back to Salisbury for an appointment. Everything loaded into the car, when Lynnie wisely asks the time of my appointment, a rummage in my pockets and it is confirmed as mid afternoon so plenty of time, no need to rush. Indeed there is no need to rush because the appointment is for Wednesday and not Tuesday!

So we have a day free. What to do with a free sunny day in Dorset? We go for a walk. At the last count I had over fifty Ordnance Survey maps, many purchased as part of the planning for our current tour. One I have had for many years is Outdoor Leisure 15 – Purbeck and South Dorset. I like maps, and can easily while away an hour ‘re-walking’ a trek from the comfort of an armchair or planning future walks.

A walk that has been on the ‘to do’ list for a long time starts at Corfe Castle. So that’s where we head, parking at the National Trust car park, free to members, a nod of appreciation to Lolly and Toby. The remains of the castle dominate Corfe Castle. Although the village website will tell you there is more to it than just the castle, without it this pretty village would not attract the hoards of visitors.

Reportedly the original castle was built of wood in the 10th century. William the Conqueror built the first stone castle on the site in the latter half of the 11th century. For the next six hundred years it was used as a fortress by successive monarchs. Sold by Queen Elizabeth 1 it ended up as an occasional residence for Sir John Bankes the owner during the English Civil War. His wife, Lady Mary Bankes, led the defense of the castle when Parliamentarian forces twice besieged it. The castle was entered by the Roundheads in February 1646 and was then systematically destroyed. The iconic ruins still remain.

We walk around the perimeter of the castle and up to the train station, only to find that we are on the wrong road. Heading back down hill we turn left and follow the lane until we reach the footpath. We climb up Rollington Hill and then decide to walk the under hill path, rather than along the ridge, as we head towards Swanage. We quickly descend, a wise move as we are now out of the wind but getting the benefit of the spring sun. 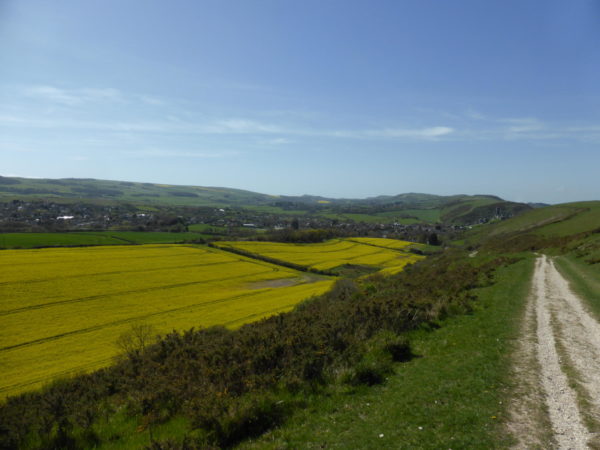 When faced with a choice, a climb to the Giants Grave on Godlingston Hill or take the gradual incline on to the ridge and return to Corfe for an ice cream, Lyn opts for the latter. Once on the ridge the views are spectacular in all directions, with a panoramic view looking back over Swanage, bathed in sunshine and nestled in the bay. 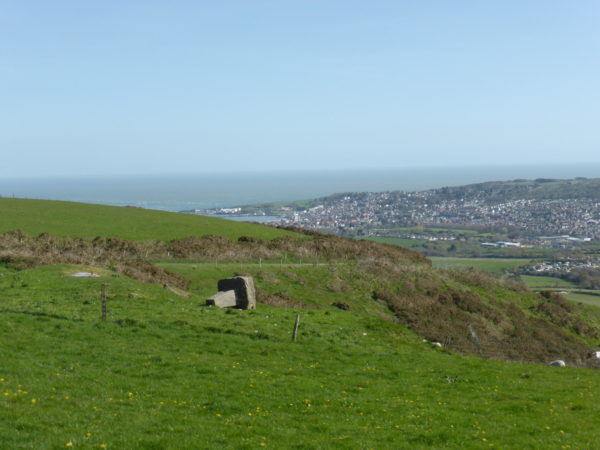 To our right is Poole Bay and to the left the rest of the Purbecks.  Half way along the ridge we encounter a field of bears. To you they might appear to be cows, but we know them as bears. It originates from when our son Ben was small. When out walking he always wanted to look for bears, thankfully there are not many in Wiltshire. One day Ben declared that the cowpat in a field was evidence there were bears about. It has stuck. Luckily today the bears are having an afternoon nap and show no interest in the dogs or us. 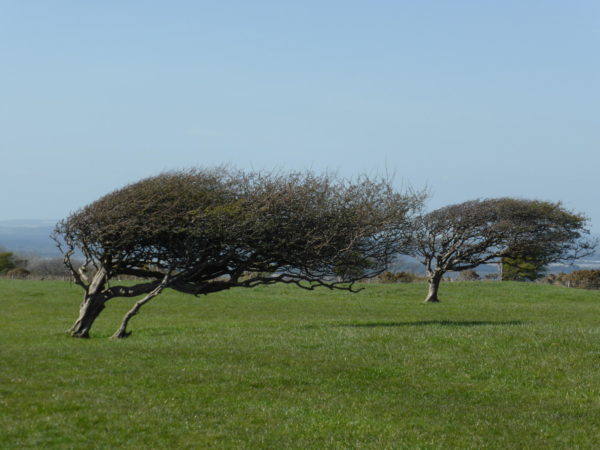 We follow the ridge along to Brenscombe Hill and then to Rollington Hill before descending back down into Corfe. We stop to watch the steam train in the station. Such a simple sight, but it brings a smile to the faces of young and old alike that have stopped to observe. Lyn recounts as a child running to the top of her garden in Upton to watch the steam trains pass. That line is no longer in use, but the train we see today has carriages packed with visitors. A welcome sight, and a far cry from the commuter journeys I endured for so long to London. 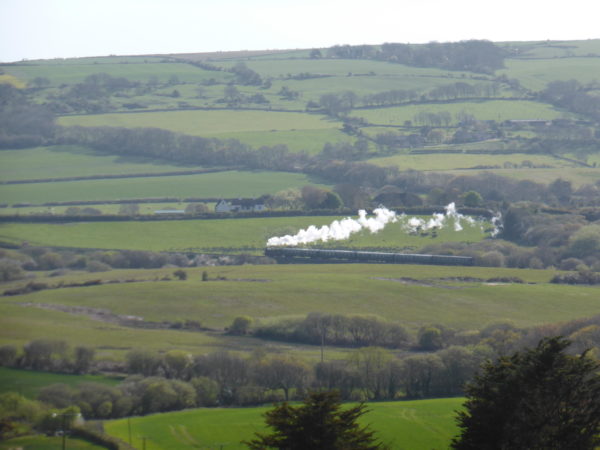 After three hours of walking Lynnie deserves her ice cream and then its back to the Unicorn. The sun is still shining so it’s time to fire up the BBQ for the first time on tour. Feet up and review the map with a beer (but no bear) close by. 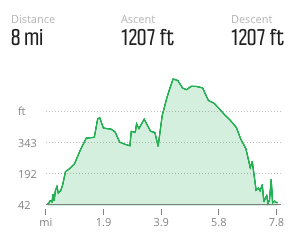