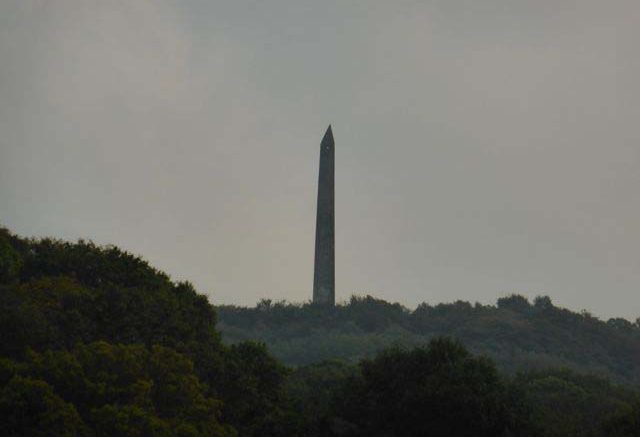 Today’s walk is one that I last did back in 1993 when I was first in Taunton. In those days I stayed in Taunton during the week, whilst Lynnie, Ben and Lolly were back in Pitton. During the spring of that year I started exploring the area after work. My walking boots and clothes were usually in the boot of the car and I would change before leaving work and head for the hills. Over that spring, summer and autumn I walked miles and discovered the beauty of this area.

In the autumn of that year I decided that walking on my own was okay, but it would be better with company. It was then that I welcomed a new addition to our family. Baggins was a collie that I purchased from a farm further down in the West Country. In those days I wasn’t in the market for a pedigree Labrador but a £25 farm dog. Lynnie and I had discussed getting a puppy, she made it clear that if I obtained one I could stay in Taunton full-time!

Lynnie is one of those people that like dogs, as long as they belong to someone else. It is amazing how she gets on in the caravan with her “two little darlings”. Anyway after a few tense moments Baggins was gradually welcomed into the family. He frequently travelled to Taunton for the working week. He was given his name because those of you who know your Tolkien will be aware that Bilbo Baggins was an excellent travelling companion.

I digress, the walk we are embarking on I last did before Baggins’ arrival. We take a pleasant drive to Wellington, calling at a farm shop on route to check out the local produce. Parking in Wellington we walk into the centre of town. It is years since my last visit and it has rejuvenated since then. We make a note to come back another time to wander around and check out some of the non-chain shops.

We walk down Fore Street until we reach what used to be the Three Cups Inn. The last time I was here it was still a pub, but has now been converted into homes. We go through the archway and follow the path until it reaches a road, where we go right and then quickly left to take a path with the playing fields of Wellington School on either side.

Benjamin Frost founded Wellington School in 1837 and was Headmaster from 1837 until 1848. The school opened as a private boys school and did not admit girls until 1972.

Apparently the school is unique in that it has a Commissioned Officer running the Combined Cadet Force (founded 1901) and the pupils that join the Force (approximately 170) learn a range of skills to prepare them for military life. When we return past the school later we watch boys climbing the side of a building. Just one of the skills the cadets acquire among others including battlecraft and map reading. I would have signed up for the map reading but kept well clear of the more hazardous activities.

Later I check the school fees; for pupils in the upper age bracket it is £4553 per term for a day pupil, rising to £9130 for a full-time boarder. Fortunately my children have long passed the age of requiring education.

We continue along the path and cross a couple of roads before reaching the Wellington bypass. We cross this to enter a field on the far side. Now being a country boy I think I can identify most crops, but this appears to be bamboo. The well-defined path cuts through, we are dwarfed by the bamboo it is a bit spooky. I keep an eye out for Giant Pandas, I am told that despite their cuddly looks they can be ferocious. Just like Lynnie on the rare occasion that I return late home from the pub! 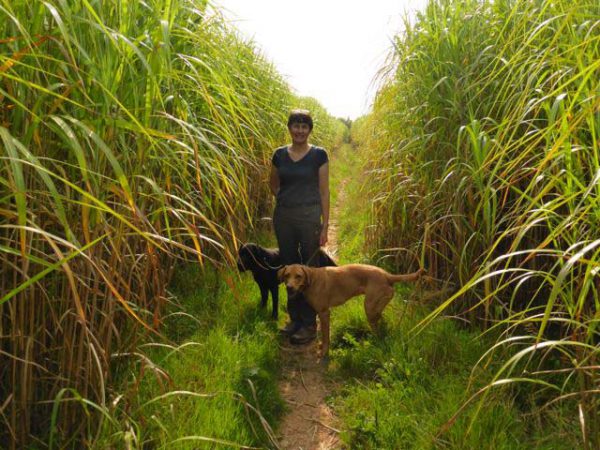 We soon emerge into a field where the path has been fenced off from the rest of it. I like these paths because there is no worry of a sudden bear attack. Our route is then easy to follow and is in an almost straight line towards the motorway. After walking under the M5 we cross another couple of fields before joining the broad farm track towards Beacon Lane Farm.

From here it is up hill, initially a gradual incline that becomes quite ferocious as we enter a beech wood and climb steps up to the base of the Wellington Monument. 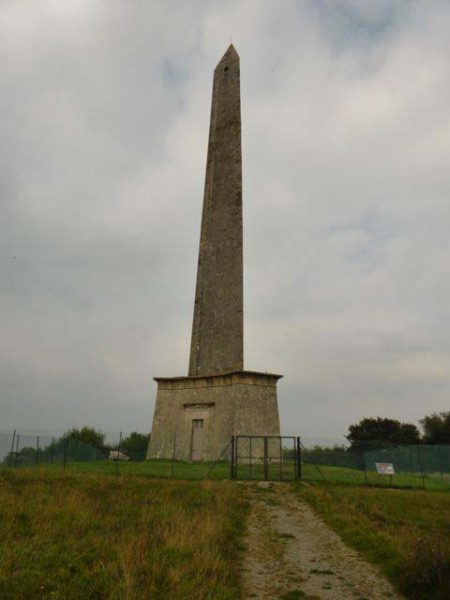 Anyone who has visited this area, or driven along the M5 will have seen the monument as it stands prominently overlooking the valley below. Our old walking book tells us that the Duke of Wellington had little connection with the town whose name he took when he was ennobled. He chose the name because it was similar to his family name of Wellesley. Obviously he did not spot that there was a town in north Somerset by the name of Wells.

The locals were said to be overjoyed that Wellesley chose their town and rushed to build a monument in his honour. I am losing count to the number of Wellington monuments that we have seen or visited on our travels. The last was a few months ago in Aberystwyth. This one stands at 175 feet high and is triangular in shape.

Apparently after the Battle of Waterloo Wellington was awarded £100,000 by Parliament and he used the money to purchase two manors and some land near the town whose name he had taken. Of course he did not wish to fritter away his wealth, so it fell to the locals to raise funds to build a monument and when they had collected £1450 a design competition was held. The original, ambitious design incorporated some cottages for retired servicemen and work commenced in 1817, lack of funds meant that version was never completed and by 1818 the column had reached only 47 feet.

Following a further appeal work resumed and by 1820 it was 121 feet high. It was damaged by a lightening strike in 1847. Construction restarted after the Duke’s death and was completed in 1854. The original design had a statue of the Duke on top of the column and four statues on the plinth, but these never materialised. It is said that the triangular shape of the tower resembles the bayonets used by Wellington’s men in battle.

At the base of the tower is a single cannon. The original plans included twenty-four that had been fired at Waterloo, but for various reasons including the need for iron as part of the World War II campaign they too failed to materialise. It would appear that the lone canon was used at Waterloo. 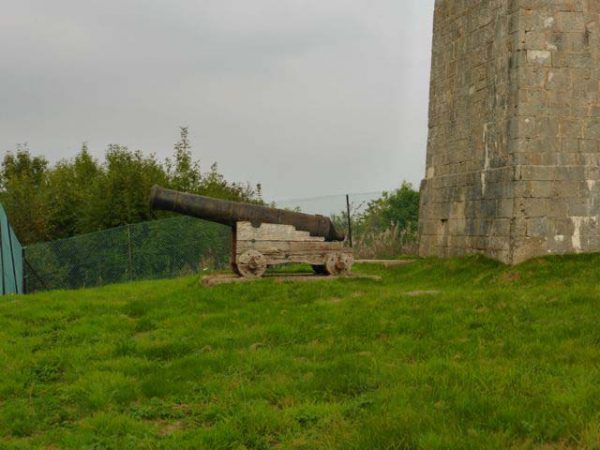 Our old walking book states that you can climb the tower, having first obtained a key from Monument Farm, but the monument, now owned by the National Trust, was closed to the public in 2007 as deemed unsafe. So we have to admire the view from ground level, which is a blessing, as I don’t think I could comfortably climb the 235 steps (torch required) to the top. 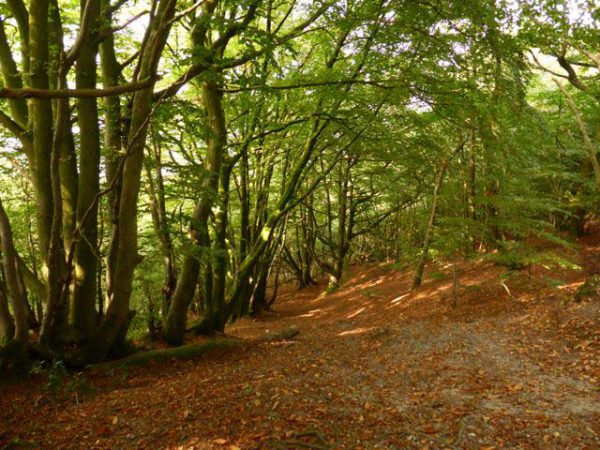 We leave the Monument in a westerly direction along the top of the ridge and walk just inside the tree line of an impressive beech wood. It is now a simple task of following the path through the trees, after a while it turns to the right and descends along the edge of a copse eventually meeting a gate on the left. We pass through, and then turn right through another gateway to continue downhill on a track leading through Park Farmyard. We continue on the tarmac drive as it descends and takes us under the motorway.

At a junction we turn right and soon after at a difficult to find stile on the left we enter fields and cross two before arriving at a lane. As we near the lane I recount to Lynnie that the last time I walked this route I was chased by young bears here. They ambushed me on that occasion, so today unbeknown to Lynnie, I have been keeping a vigilant eye out. Back in 1993 it was scary, but I gain satisfaction from the knowledge that all those bears will have been turned into burgers or dog food.

At a junction in the lane we turn right and then cross the by-pass to take a lane opposite. We ignore the first footpath on the right but take the second that follows the edge of an arable field to some houses. On meeting another road we turn right and soon left and a few hundred yards along we turn left to retrace our steps on the footpath we had walked earlier and back into the centre of Wellington.

Our walking book says that the church has an impressive tomb to Sir John Popham, a local man who was the judge at the trials of Sir Walter Raleigh and Guy Fawkes. We visit two churchyards but are unable to locate the tomb. So make a note to follow this up on our next wander around the town.

It has been a pleasant stroll, just over six miles, but far enough on a hot afternoon. Especially when there is still plenty of unpacking and sorting out to do.