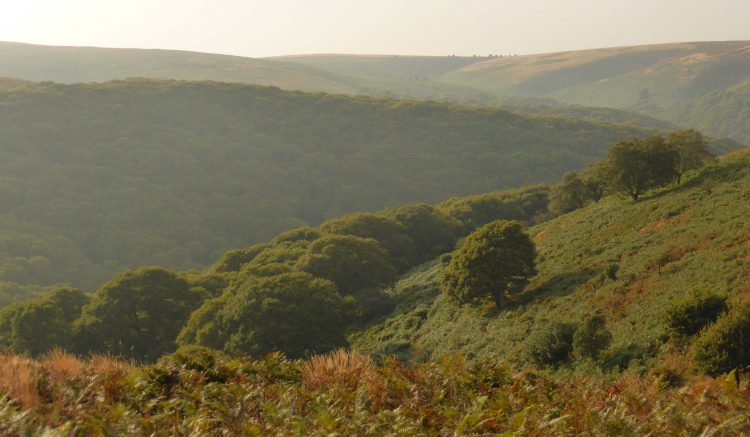 Seeking to put our time to good use on Monday we hire a van and pop along to our storage container to identifying the items of furniture and other essentials that we will require in Taunton for the winter. Once loaded we drive west and do a quick job of emptying the van before heading back to Pitton.

This is our last night in the Unicorn for a few weeks. We have managed 174 consecutive nights in the van and if it had not been for my confounded rash we would have done a lot more. I don’t know what the average annual usage of a caravan is, but given we used ours for less than thirty days last year I calculate that we have had the equivalent of five years worth this year. We will be using it again in October and weather permitting hope to get a few more outings in over the winter.

We spend much of Tuesday unpacking boxes and moving furniture. Before we left Pitton in the morning the boys had a good run around the fields. Late in the evening I take them out for a stroll in their new neighbourhood. There are a lot of new smells for them to sniff and plenty of cocking of legs. We are out for a while but with all the stopping don’t get far!

Whilst we know Taunton and its surrounding area reasonably well we want to ensure that we use our time over the winter to explore parts that we have not previously visited. Wednesday is another glorious day and for me there is only one place around here to be on a day like this and that is up on the Quantock Hills. Followers of the blog will know that this is one of my favourite spots in the country. I have set myself the challenge that every time I visit over the coming months, I will try to ensure that at least part of my walk is on a path that I have not previously walked this year. 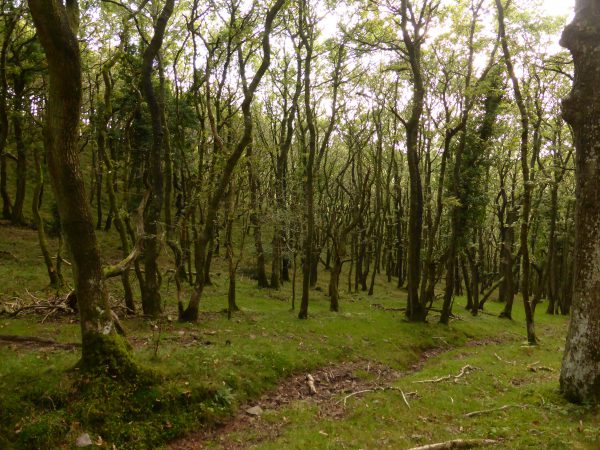 We park at Dead Woman’s Ditch and walk down the lane towards the foot of Dowsborough Hill Fort just after the bend in the road we turn left onto the path that heads up to the fort and then within fifty yards turn left again to follow a well defined path down into Lady’s Combe. Like so many of the combes on the Quantock Hills this one is stunningly attractive with the sun shining through the trees and a small stream trickling alongside the path.

At the junction with Holford Combe we cross the stream and take the steeply ascending path on the far side. This is a walk that we used to do regularly with our old Collie dog Baggins when we previously lived in Taunton. The climb out of Holford Combe was never popular with Lynnie and usually required a couple of stops before reaching the top. After a summer of walking, even on a hot day, this is like a stroll in the park for all of us. 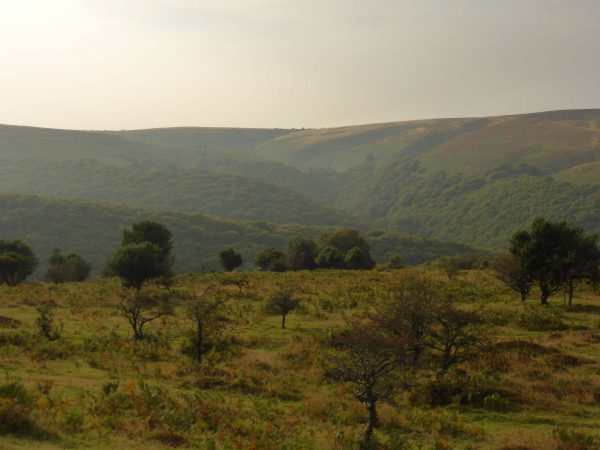 Emerging at the top we get stunning views across the Bristol Channel and the Quantock Hills, we head up towards High Hare Knap, from there we follow a broad path for just over a quarter of a mile before turning right on a narrow path between the gorse, heather and bracken that skirts the edge of Somerton Combe and then Stert Combe before it joins with the broad track that we follow for a couple of miles back to Dead Woman’s Ditch. 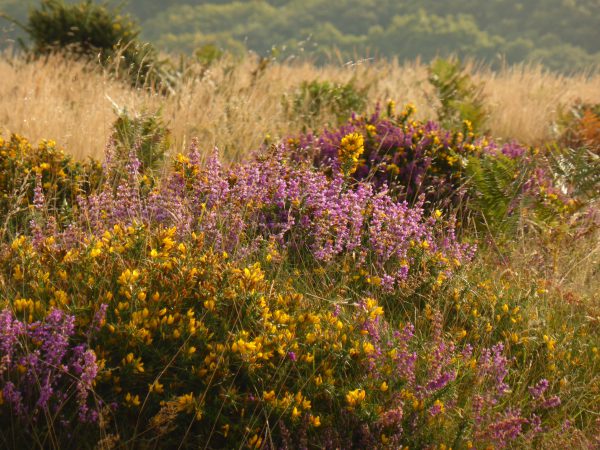 Just before reaching the car park I pick up a mobile phone. We have seen someone walking in the distance in front of us so I quicken my pace but as I get close to the car park our main suspect is already driving away. Using my best detective skills we track him down to a local caravan site and reunite him with his phone that he had not realised was missing. We drive home feeling comforted by having done our good deed for the day. 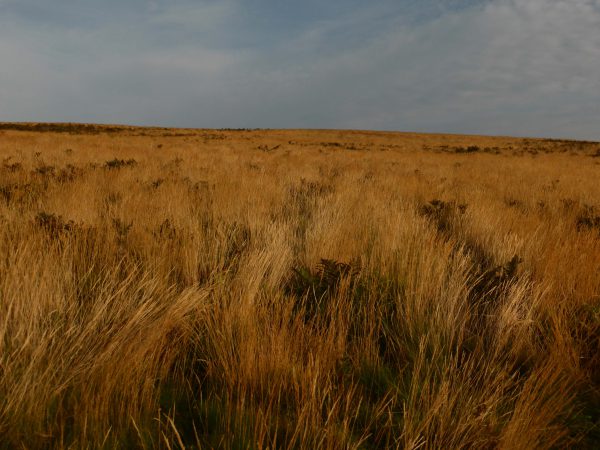