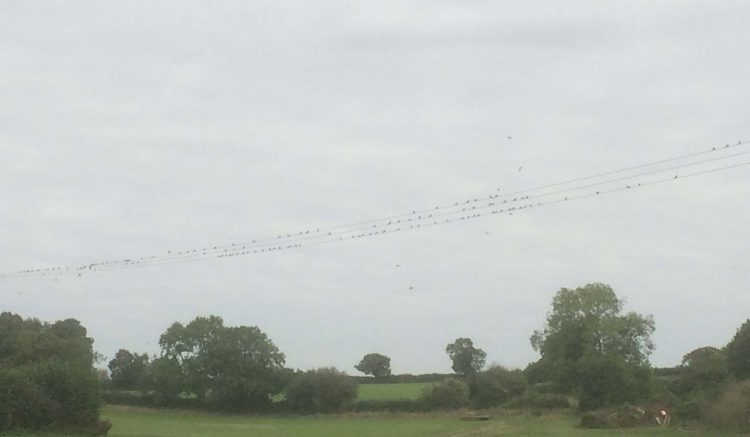 I wake early on Monday morning and after taking the boys for a stroll down to the Afon Mawddach estuary I make an appointment with a GP in Dolgellau seeking treatment for the rash now covering my legs. To cut a long story short she decides that I need to have blood tests and advises that I return home to my own GP so that I can have continuity of care. To be honest this scares me a bit, up until now I thought I had a straightforward allergic reaction.

Arriving back at the Unicorn I tell Lynnie that unfortunately we have to head back to Pitton. This is exceptionally disappointing, both due to the concern about my health, but more so that we are having a cracking time and the weather is forecast to be corking for the next couple of weeks. We get packed in record time and set off on the long journey home.

During the week I make several visits to my GP, who is at a loss to identify exactly what I have. However, after he has taken an armful of blood to test he can assure me that whilst it is irritating it is not life threatening and we have the ok to resume our travels. Followers of the blog will know how taken we are with Taunton and the surrounding countryside, so with our house in Pitton let, we have decided to head West for the winter months. The unscheduled week in Pitton gives us the opportunity to sort everything out for and in Taunton.

One of the advantages of returning early is that we are able to watch the Saints at St. Mary’s on Saturday afternoon. The seat next to me has become available and Lynnie has decided to take it again, until a few years ago Lynnie had this season ticket, but gave it up. She clearly is loath to be apart from me during the winter months after spending the summer with me in the van! Either that or she wants to chat to Paula who has the seat on the other side.

This is my first game of the season and half the team and the manager are new to me. But within the first twenty minutes I know that I am going to enjoy the season and the Saints are not going to struggle. Today they convincingly beat Newcastle United 4-0, and as the old joke goes Newcastle were lucky to get a nil.

Another positive of returning earlier than originally planned is that we catch up with friends with the added bonus of seeing Lolly and Toby at the weekend whilst they are down visiting their friends in the village.

The only worrying thing I noticed whilst walking on familiar routes around Pitton was that the birds are starting to prepare for migration. Summer must be coming to an end. Let’s hope that we can still grab a few more trips in the Unicorn before it goes into storage.