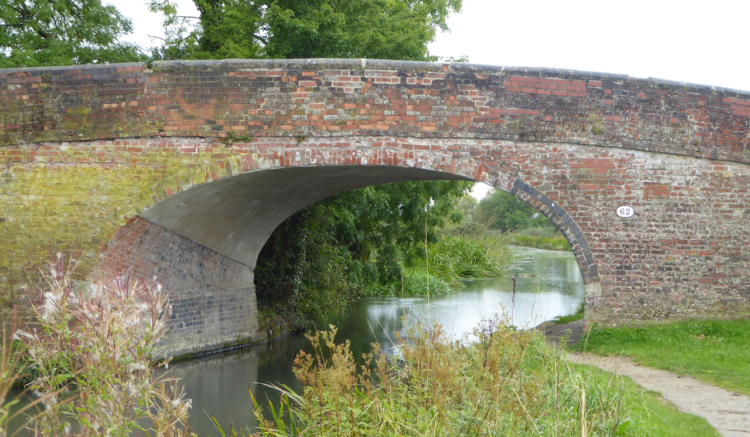 We are constantly trying to visit new areas of the Country. There are parts we love to revisit and it is tempting to return to the same locations, but if we adopted that approach we would soon lose the sense of adventure that comes from exploring new areas.

When planning this current trip we looked at the map to decide where would be a good place to stop and break the journey from Settle to our home in Wiltshire. A few options were considered but we finally plumped for Casthorpe House Farm CL close to Grantham. It is located in the Belvoir valley; we have often listened to Jonathan Agnew on Test Match Special singing the virtues of the Belvoir.

Our route here from Settle was fairly circuitous; it looked straightforward on the map once you got on the A1 to head south. However, there were traffic warnings of long delays and closures on the A1 so we worked our way through South Yorkshire into Lincolnshire without using the planned route. It took hours!

After arriving yesterday I went for a quick walk from the CL and today we aim to wander around exploring the local area. So with the OS map close to hand, but with no planned route we head off from Casthorpe House Farm CL turning right along the lane. After a couple of hundred yards we turn left at the T-junction and then within a few yards turn right along a track that soon continues straight on through a field to reach the towpath of the disused Grantham Canal. Nearing the towpath we spot some amazing fungi on a tree. 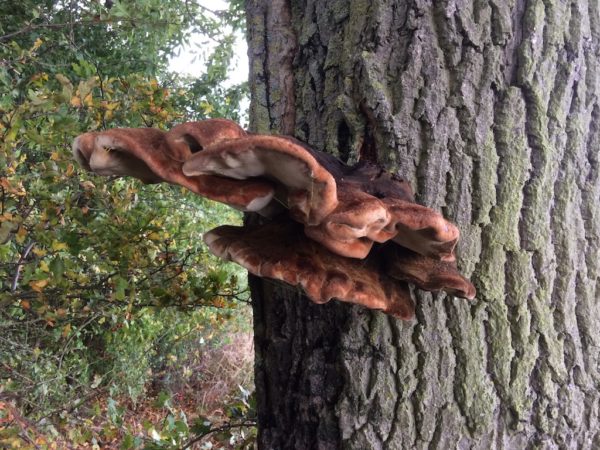 At the canal we turn right along the towpath, this section of the canal is heavy with green algae and the swan’s here appear to be in pea soup. 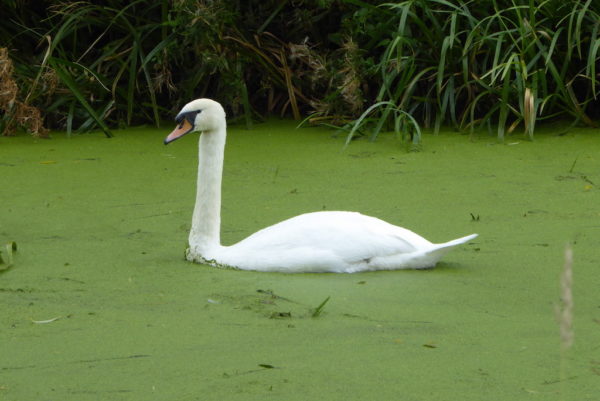 Then we are soon passing under Longmoor Bridge and then quickly reach Woolsthorpe Upper Lock. 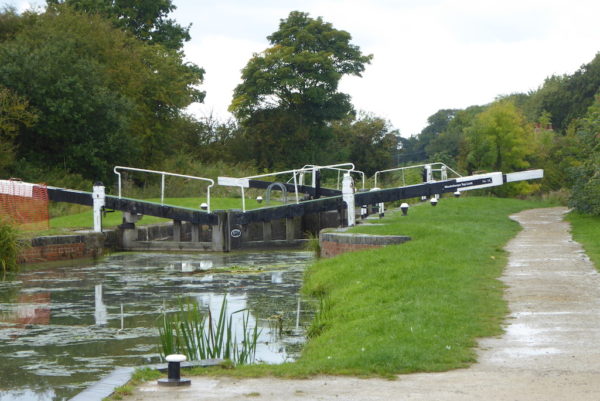 The Grantham Canal opened in 1797 and ran for 33 miles between Grantham and Nottingham. The canal was primarily used for transporting coal to Grantham; there were eighteen locks along the canal many of which are now in total disrepair. Three of the locks in the flight at Woolsthorpe were restored in the 1990’s and then two more were restored in 2000 making five locks navigable. After passing the disused wharf at Woolsthorpe, we continue along to Lock 15, which is currently undergoing restoration. The security fencing prevents access, but the information provides some background to the restoration project and there is a lot more on the Grantham Canal Society website.

We now follow the disused railway line running parallel to the canal. This was the link between the ironstone quarries at Harlaxton and Harston and joined the Nottingham Grantham mainline at nearby Muston. On reaching Woolsthorpe Bottom Lock we look at the engraving on the lock wall. It amazing how this has survived the years.

At Muston Bridge we cross the canal and wander along the lane. After a quarter of a mile we check the map and decide to extend our stroll by turning around and heading to Muston.  Once back across the canal we take the road into Muston (apparently pronounced Musson), on entering the village we stop briefly at the 14th century stone cross. 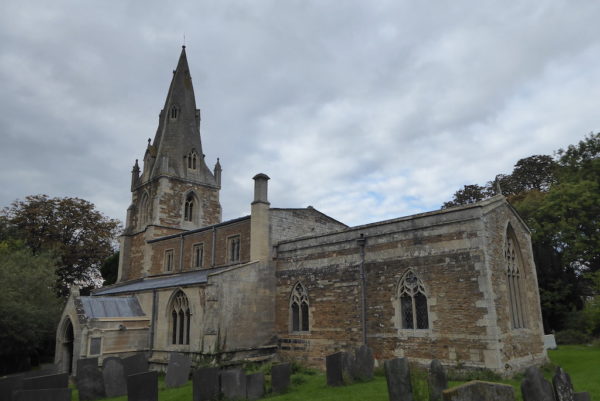 We walk back through the village to the old cross and on leaving the village take a track on the right that leads through arable farmland with Belvoir Castle dominating the view in front of us.

The track reaches the canal at Muston Gorse and we turn right and then soon left to cross the canal and follow the track, passing Muston Gorse Farm and then Belvoir Farm, before reaching Belvoir Road. For the most part this road has a generous verge and the traffic is light. What surprises us is the amount of litter strewn along the roadside.   Usually we pick up bottles and cans, but we would have a sack full within fifty yards!

As we approach the entrance to Belvoir Castle we pass the Engine Yard and turn left. This site is being developed into a rural retail destination, which aims to feature upmarket shops; wine merchant, gunsmith, chocolatier and also a health and beauty spa, plant centre and café, All a far cry from the industrial heritage when a steam engine drove the machinery in the Castle estates workshops that included a sawmill, joinery workshop and forge.

Continuing along the road there is even more litter, I can only assume that those who visit Belvoir Castle have an urge to throw litter as they approach or leave. Thankfully the litter stops as we walk away from the castle gates and we soon arrive at a magnificent oak tree laden with acorns.

Within a few hundred yards we take a footpath sign on the right and follow the signed Jubilee Way as it crosses fields to reach the village of Woolsthorpe by Belvoir. Once again views of Belvoir Castle dominate the landscape.

There have been a succession of castles at Belvoir; this most recent was built in 1832. In the main it replicates an earlier castle, built in 1799 and almost destroyed by fire in 1816. The castle is the seat of the Duke of Rutland and remains in private ownership with the 11th Duke, David Manners, still residing here. As we enter Woolsthorpe there is an interesting sculpture by the verge.

In the village we turn left along the road and then take a right up Worthington Lane that follows the Jubilee Way passing the Chequers Pub before climbing steeply across fields.

At the top of the hill the path enters Fanny’s Wood and soon reaches a road. The Jubilee Way goes right along the road, but we cross to join a footpath that heads across arable land to reach the Viking Way that then runs between hedgerows. We follow this track as it heads downhill and then we veer off on a footpath on the right approaching the Grantham Canal. The view over the valley in the evening sunlight is stunning.

On reaching the canal we cross and then retrace the route we followed earlier back to Casthorpe House Farm CL. Our little jaunt has covered close to eleven miles and has been an interesting introduction to the area.