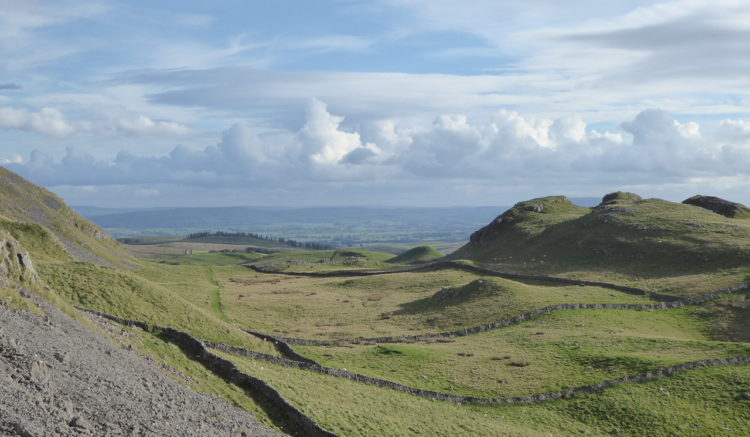 It is with much disappointment that we are nearing the end of our stay at Brigholme Farm. We were originally due to depart today, but with a looming work deadline we have stayed an additional day so I can spend another morning toiling over a hot keyboard.

Work completed and pressure off it is time to get out with the dogs. Lynnie has decided that she needs to search Settle to buy some gifts. I don’t do shopping, if a present cannot be purchased at Cotswold Outdoors or the local agricultural merchants then it is not worth having! So the dogs and I are walking on our own.  Tomorrow it will be a long day in the car, so I decide today is a day for walking from the CL. I prefer to base most of my walks from where we are staying rather than driving.

I turn right from the site and cross Penny Bridge into Settle, then take the first right into Cammock Lane following it under the railway bridge. At the crossroads I head straight over into Ingfield Lane passing the new retirement flats to head up towards the village green where I turn right and then at the junction take the right fork along Mitchell Lane. 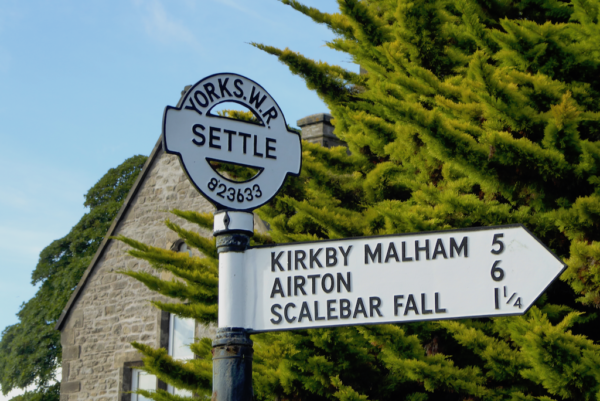 This lane soon heads steeply uphill for a short distance and then as the lane levels out and the tarmac comes to an end I fork left along Lambert Lane and follow this walled track, enjoying the views. 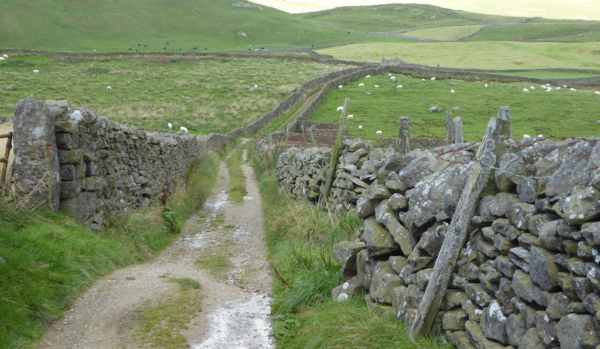 Meeting a road I turn right and then shortly left onto Stockdale Lane soon reaching a ladder stile at a bend in the lane. There are calves on the other side of the wall but neither they nor the cows show any interest in the dogs so we scramble over the stile. I follow the path as it gradually climbs besides the wall and leads past Sugar Loaf Hill.  In front of me is one of our favourite views in the Dales, the spectacular escarpment of Warrendale Knotts and Attermire Scar. I have been here numerous times but still stop to admire the splendour of the spot. 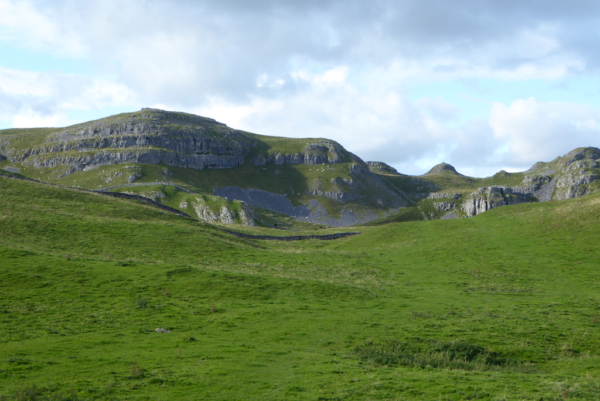 From here my route is under Attermire Scar, this is the path that Lynnie and I were on last week, but this time instead of passing Victoria Cave I go up to look at the cave. 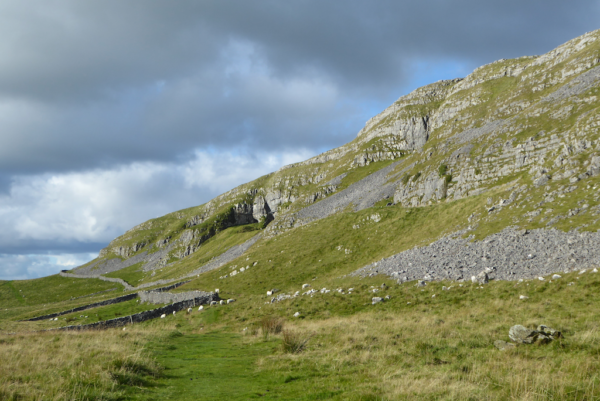 This cave gets its name because it is said to have been discovered on the day that Queen Victoria ascended to the throne. The story goes that a dog went down a hole chasing a fox thereby discovering the entrance to the cave. 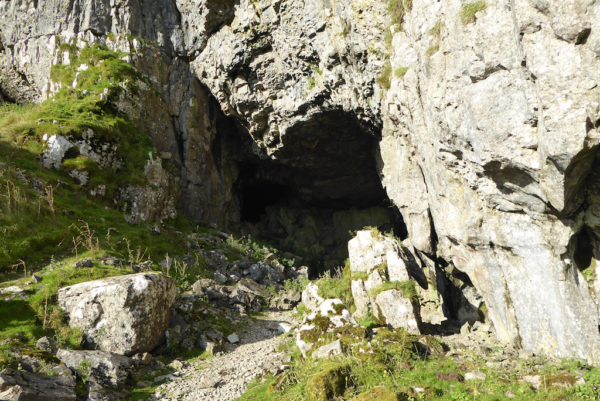 Now there is no mistaking it is a cave. The entrance has been dug out and hundreds of tons of rock have been removed to create a vast opening.  During the excavation of the cave the remains of many animals were found including the bones of mammoth, brown bear, reindeer, hippopotamus, straight-tusked elephant, spotted hyena, lion, narrow-nosed rhinoceros and giant deer. Other finds included Bronze Age pottery, Romano-British jewellery, tools and over 100 coins dating from 83 BC to 346 AD. It is amazing to stand at a spot where so many people have stood over the centuries. 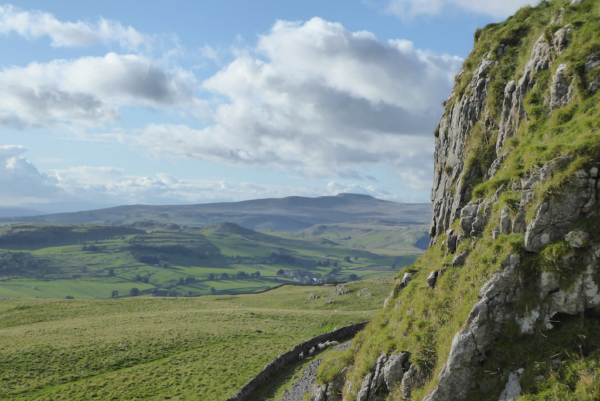 I continue my walk by returning to the path and heading north. After going through a kissing gate I join a track and head steadily uphill to reach Jubilee Cave. The entrance here is much smaller than at Victoria Cave.

It is now such a cracking afternoon that I decide to continue walking along the track for a bit. I know that around the corner is a spot where you can see Pen-y-ghent, Ingleborough and Whernside. It is going to be a while until I see these three peaks again so I make the most of the view. 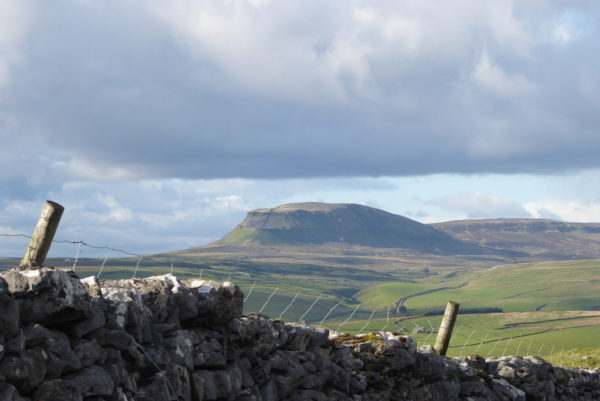 I had planned to complete the three peaks walk during this stay, but the combination of bad weather and a slight nagging pain from the planter fasciitis I suffered a few months ago has deterred me. It will be high on the list for next year! 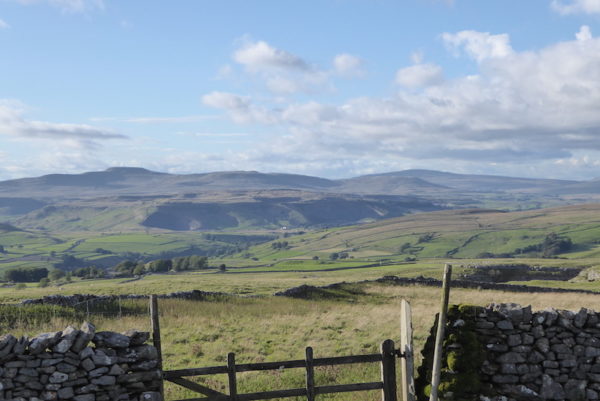 After a while I reluctantly turn around and follow the track back and pass through a gate to descend downhill on the track through pasture to another gate. 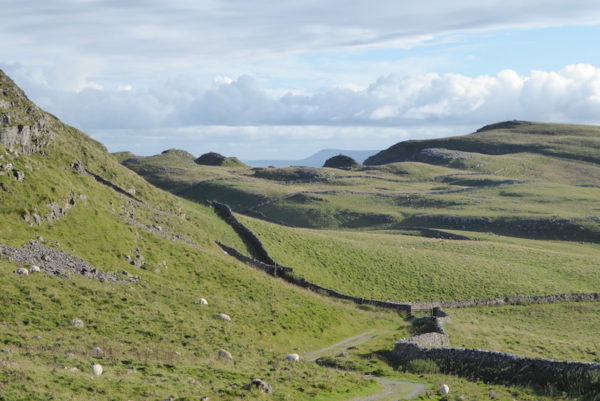 I then take the path on the left way-marked the Pennine Bridleway. 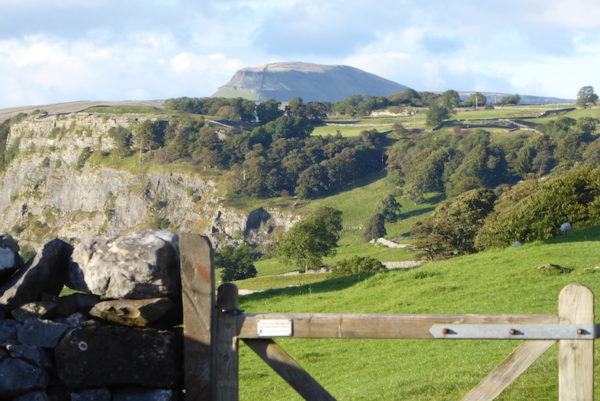 Now it is a case of following the path across a couple of fields below Blua Crags before descending on a walled track to return to Settle and then back to Brigholme Farm. 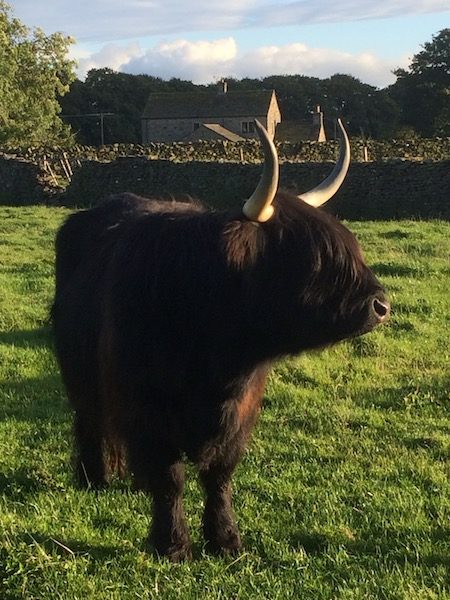 It has been a cracking wander covering just over seven miles. I am going to miss the Dales, but there is no doubt we will be returning next year!