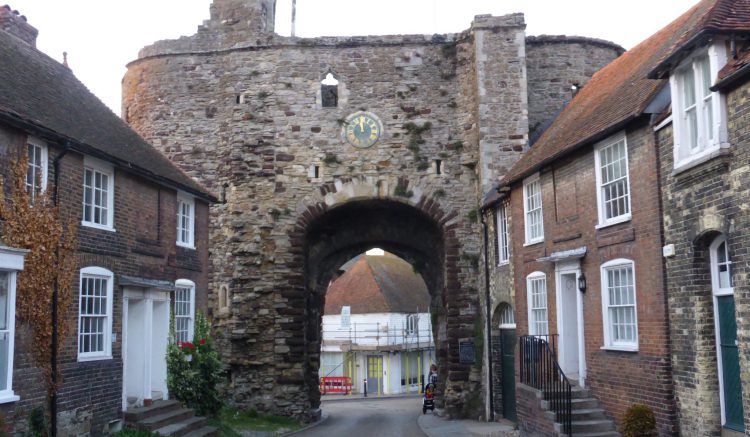 After our walk around Winchelsea and Icklesham we decide to take a trip into Rye to mooch about for an hour or so. We drove through it a couple of days ago when moving between sites and thought it worthy of a visit and Freddy’s like to wander around towns when they are closed. It provides the opportunity to stop and look at the architecture without annoying shoppers and folk going about their daily business.

Hythe, last week was our first visit to a Cinque Port, these were a confederation of coastal towns on the Kent and Sussex coast. The original confederation, formed in 1155, consisted of five ports. It is a long time since I studied French at school and to be honest I was not very good at it. I could ask the time and count up to one hundred. So I understand there were five ports, Hastings, New Romney, Hythe, Dover and Sandwich.

Now it gets confusing; earlier today when in Winchelsea I read a reference to it being a Cinque Port and now we are in Rye, apparently another. I am a bear of little brain, but surely they should be known as Sept Ports? However, the magic that is the web-thingy brings clarity. Rye became a Cinque Port when nearby Romney Marsh silted up, until that point it was one of two ancient towns supporting the Cinque Ports, Winchelsea being the other.

So having unraveled that mystery, and I promise you life is a mystery to a Freddy, one of the biggest being; what is the purpose of predicative text and why does it always get it wrong? As far as I can see as an aid to writing it is a load of bullocks.

Anyway back to the mystery, (or is that history?) of Cinque Ports. When originally formed they agreed to collectively provide 57 ships for 15 days service to the King annually. In return they received the following privileges:

Exemption from tax and tolls; self-government; permission to levy tolls, punish those who shed blood or flee justice, punish minor offences, detain and execute criminals both inside and outside the port’s jurisdiction, and punish breaches of the peace; and possession of lost goods that remain unclaimed after a year, goods thrown overboard, and floating wreckage.

I am sure the ports exercised these privileges with vigour; the one that seems to have been popular was the exemption from taxes and tolls this led to smuggling being rife in the area.

Having found a place to park we wander into town and find ourselves in Tower Street looking at the Water Works building, this has a date stone of 1869, at one time this building housed a steam engine and pump to distribute the water to nearby streets. By 1907 it was being used as the town’s soup kitchen and later became public lavatories. It is now an antique shop. 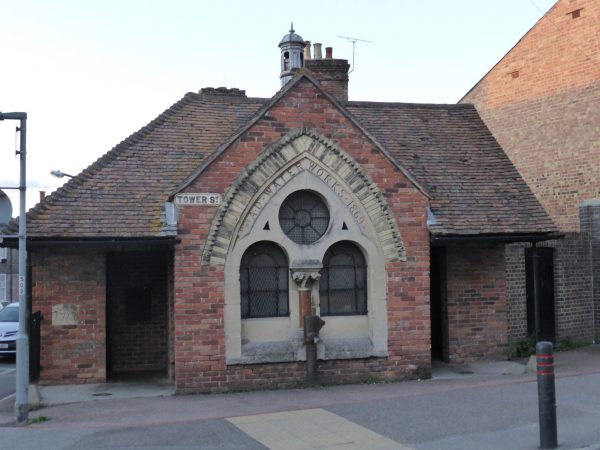 Further up Tower Street we come to Landgate built around 1340. Originally it was much grander with parapets and a portcullis, the latter being removed in 1735. 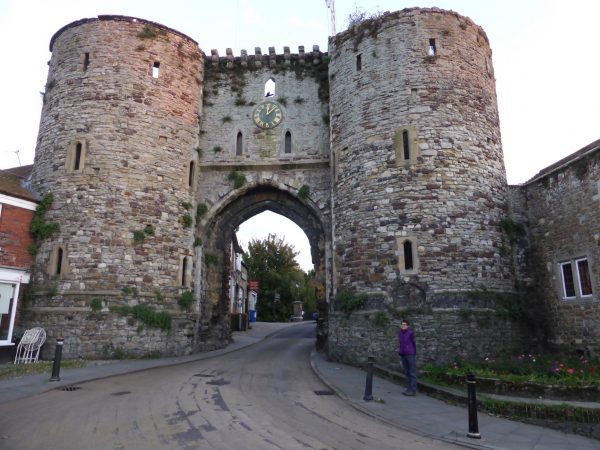 We walk through the gate and follow the road around into the High Street, this is just how I like High Streets; with few people about, closed shops and plenty of stunning buildings. 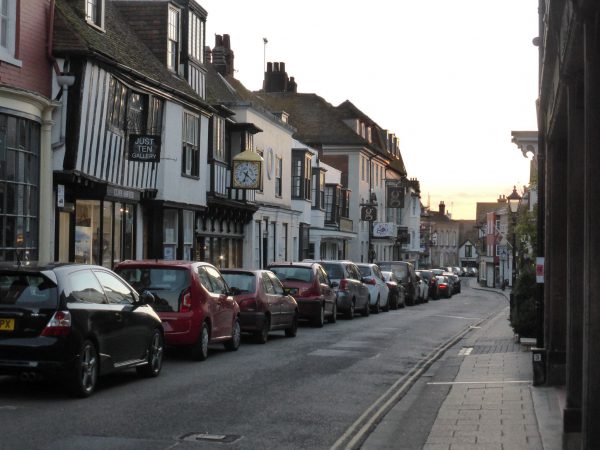 We take a leisurely stroll along the High Street, window shopping and looking at the buildings we are in no rush so it is really enjoyable. There are so many places that I could write about, but the Olde Bell catches my eye. It is a very old boozer built in 1390, unsurprisingly, given the history of smuggling in the town it was said to be the favoured haunt of a team of smugglers. Apparently there is a tunnel between this pub and the Mermaid Inn to the south in Mermaid Street. The tunnel allowed the smugglers to travel between the two pubs and avoid detection. 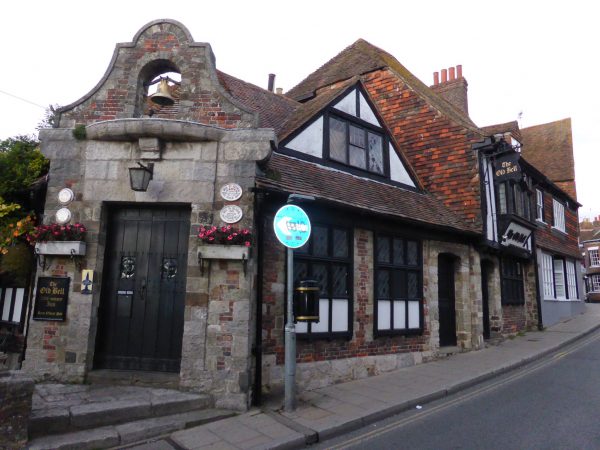 We are now in Mint Street, which has numerous old buildings to admire. There is so much to see in Rye, we will need to return and spend more time meandering around. The number of pubs that are dotted about is striking, my days of pub-crawls are well past, but given time I think I could enjoy myself here!