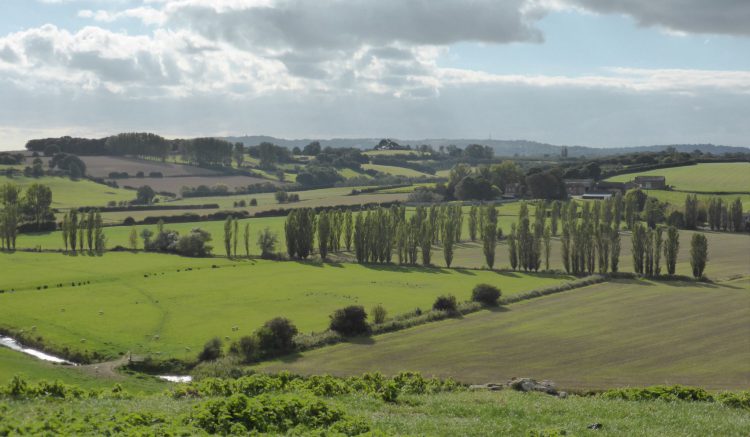 Yesterday returning from our walk at Rye Harbour we took a slight detour to drive through the village of Winchelsea and decided that it was a place well worth visiting.  So off we head today.

There is parking besides the road close to the public conveniences, which is of course convenient.  We walk by the church and pub and carry on straight over the crossroads.  There are many fine houses in this village, but rather than stop and look around we need to press on and get walking.  At a junction we turn left to follow a footpath along a road leading to the A259, which we cross and follow the path opposite to the site on an old windmill. 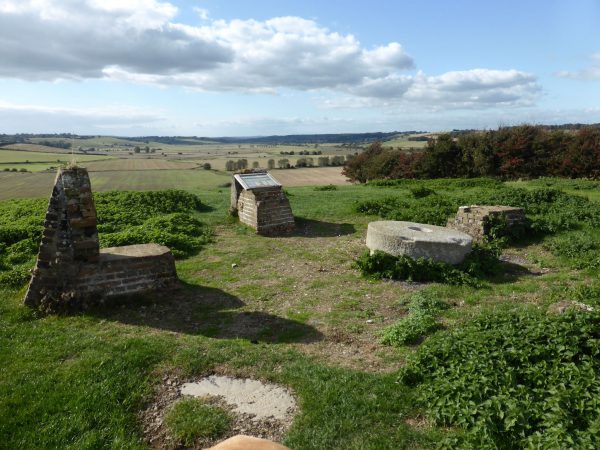 This was where St Leonard’s Mill stood until blown down in the Great Storm of 1987.  The site information board explains that the windmill stood on the site of the Saxon church of St Leonard’s.  Around the church was the village of Ilham, which pre-dated Winchelsea.  The National Trust now owns the site and surrounding fields.  There are stunning views from here.  Whilst travelling we are constantly amazed by the knockout beauty of the British Countryside.

We follow the footpath downhill and then continue on the Brede levels besides the River Brede.  This is nice easy going and it is a cracking afternoon for a wander around. 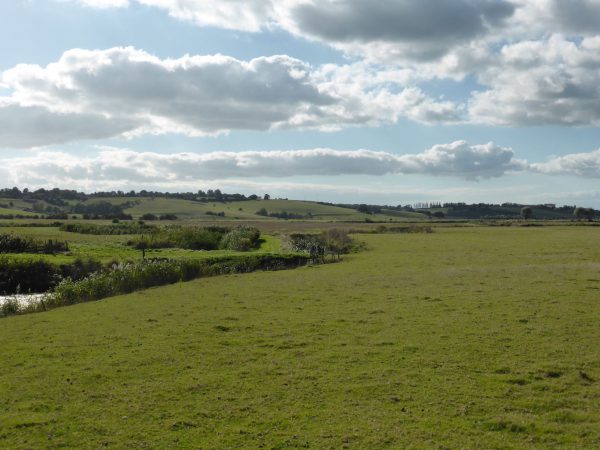 We then have to cross a stile to reach the railway line, “Stop, Look, Listen!” and then after crossing the line we have to climb another stile.  The footpath to Icklesham then turns right meaning yet another stile to access the railway line, “Stop, Look and Listen!”  and we cross. The stiles are of a type requiring the dogs to be lifted over.  We had overtaken a lone walker who now passes us as we tackle the stiles.  Once back on the level we soon pass him again.  The bears in the field across the ditch take an interest in the dogs, but fortunately the ditch prevents them from reaching us.

As the path starts to climb a hill it forks and we go right to rise steadily to reach the village through the car park of the Queens Head.  We turn right along the lane and end up following a fenced path through houses.  I apologise to Lynnie as it isn’t the most interesting stretch of walking, but we agree that there is always the potential to find something interesting around the corner.

Around the corner is the A259!  Parked beside the road the walker, we passed earlier, is popping his boots into the back of his car.  He enquires as to where we are heading, then proceeds to give us directions telling us the interesting things to see along the way.

We follow the A259 east for a few hundred yards and then take a lane on the right and soon follow a footpath on the left that leads through the churchyard of All Saints Church.  We are following the 1066 Country Walk route, with clear way markers.

We soon pass a field with a stone circle, oddly it is not marked on the Ordnance Survey map, later searches of the internet suggest that this is not an original circle but has recently been constructed. 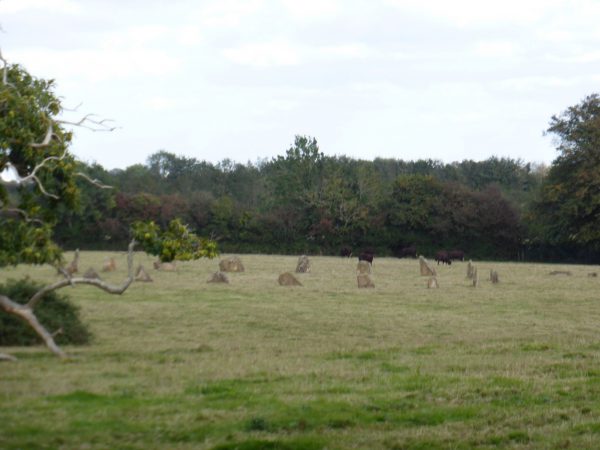 We continue along the 1066 path to a windmill.  This is Hogg Hill Mill; a post mill apparently first built at Pett in 1781 and then moved to Icklesham in 1790 where it was used until 1920.  It is now owned by Sir Paul McCartney and houses his recording studio.  Personally I was never a great fan of The Beatles, I liked the odd song but much preferred The Monkees and given the opportunity can clear a room with my Karaoke rendition of “I’m a believer”, once heard never forgotten! 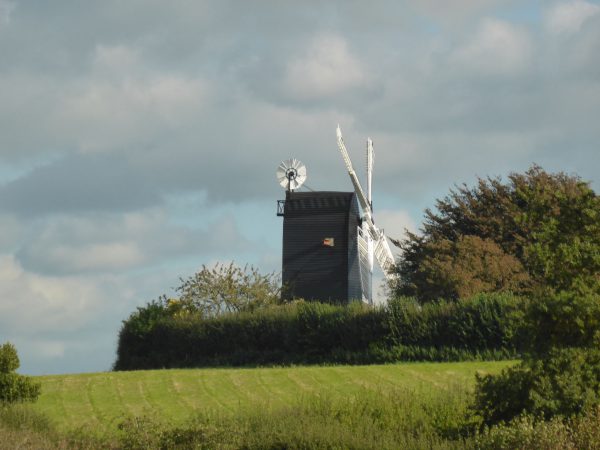 The 1066 Country Walk joins a lane briefly before crossing fields to Wickham Manor.  This is a fine 16th century farmhouse, which was once the home of William Penn the founder of Pennsylvania.  The National Trust now own the manor and surrounding 750 acres.

Passing the manor we get views of The New Gate across the field.  This was one of three town gates, forming part of the town’s wall defences, that guarded Winchelsea and was built around 1330, although it has since been altered. 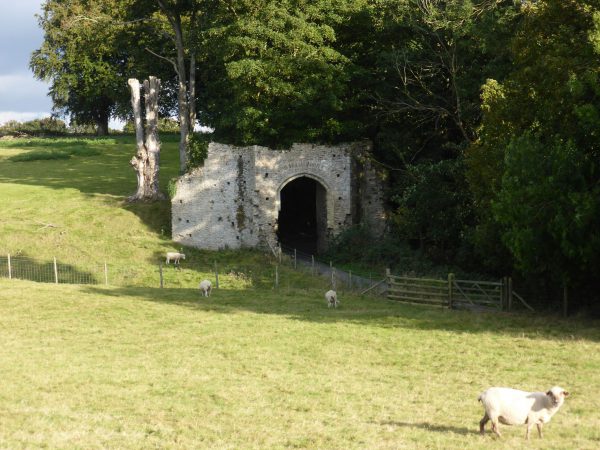 Following the footpath uphill we reach what remains of St John’s Hospital, not a hospital as we now know it, (although given the current funding of the NHS it may not be too long before some hospitals are in such a state of disrepair), but an almshouse for the poor. 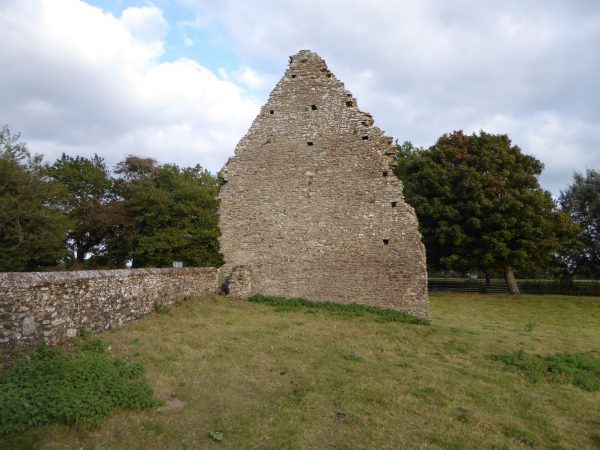 This leads to a conversation about the failure of our modern society to provide safe and suitable housing for all.  There was a time when social housing was seen as essential, but unfortunately those days seem to have long passed.

We walk back into Winchelsea alongside the road and decide to wander around.  It is late afternoon and the weather is lovely.  Our first port of call is St Thomas’ Church, this is a large church, but was once much bigger and it is surrounded by ruins. 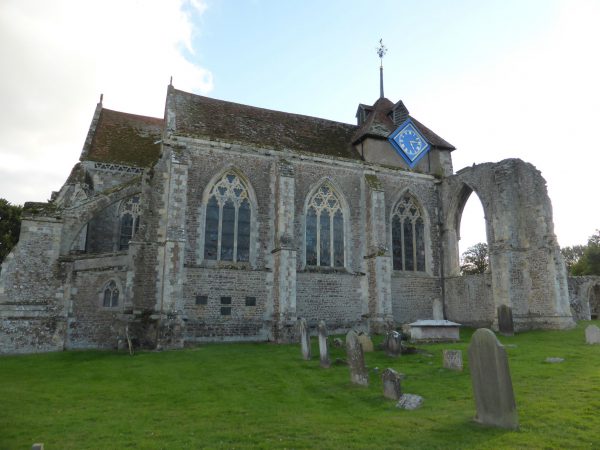 Inside it is amazing, a huge space with some outstandingly, stunning stained glass windows and also some wonderful tapestry.

We do not often seek graves in churchyards, but there is one here that we must visit.  It is the last resting place of Terence Alan “Spike” Milligan (1818 – 2002).  Being a bit too young to listen to the Goon Show the first time around it has only been more recently that I have appreciated the brilliance of their humour.  My first introduction to Spike  was as a teenager reading Puckoon and Adolf Hitler; My Part in his Downfall.  It introduced me to a style of writing and humour that I not previously encountered. 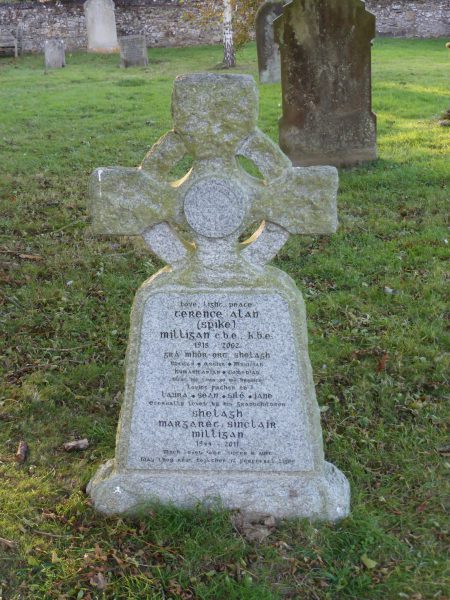 Spike had long joked that his gravestone would bear the words “I told you I was ill” but the diocese refused to allow this, but a compromise was reached and the words appear in Gaelic.  Spike was born in India and apparently never possessed a British Passport.  His Irish father was a Captain in the British Indian Army and Spike grew up in India and Burma.  He lived all his life in the UK and served in the British Army, but when he applied for a passport it was refused, as he would not swear an oath of allegiance.  Because of his Irish ancestry he was able to gain Irish citizenship.

Leaving the churchyard we wander around Winchelsea there is so much here, I could write a book rather than a blog, so I will restrict myself to a few selected highlights.  The first being the old village water pump situated above the well alongside the Armoury. 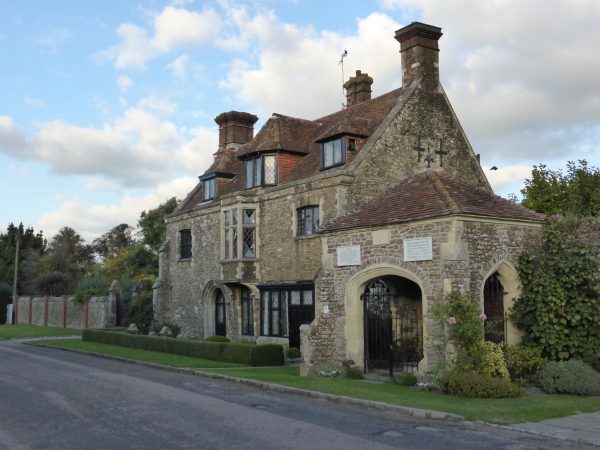 Around the corner there’s a row of cottages that apparently formed part of the old Cambric Factory.  During the Napoleonic war 500 infantrymen were garrisoned at Winchelsea and this building was used as a barracks for many of them.  I confess my ignorance of Cambric, but fortunately Lynnie is the source of all knowledge, and informs me it is a fine cloth.  She did not tell me the old English folk song, Scarborough Fair, contains the lyric “Have her make me a cambric shirt, / Parsley, sage, rosemary, and thyme / Without no seams, nor fine needlework, / Then she’ll be a true love of mine.” This is lucky, I could have been subjected to endless renditions of the song! 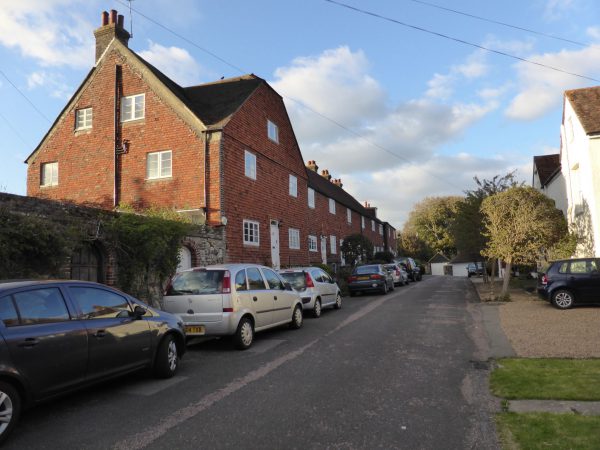 We then wander down to look at the Strand Gate built around 1300 to protect the town’s entrance from the harbour and as such was the main entrance into the town.  Originally it was much larger. 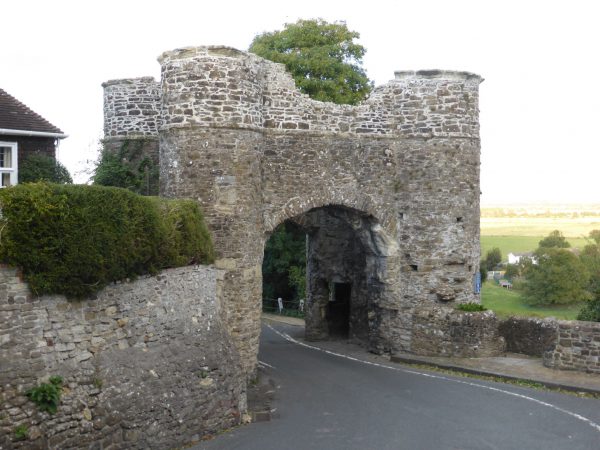 The next thing we spot is the entrance to Winchelsea’s Medieval Cellars.  Under the town there are 56 medieval cellars, the third largest collection in England, with only Southampton and Norwich having more.  Tours, lasting a couple of hours, are run on specific days throughout the year this is something we would certainly like to do on another visit. 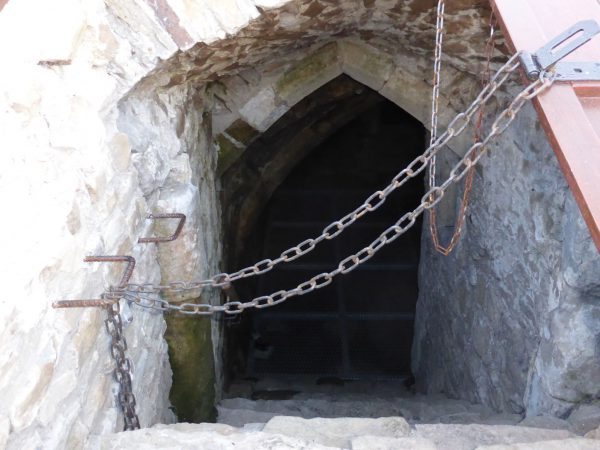 Today’s walk has been one of our shortest in a long while, covering around five miles.  But it has been fascinating; I can’t think why I apologised earlier for planning a walk so lacking in interest!  We could have spent hours in Winchelsea so are bound to return before too long.  On the way back we decide to pop into Rye for a wander, to do it justice it will have to form another blog!