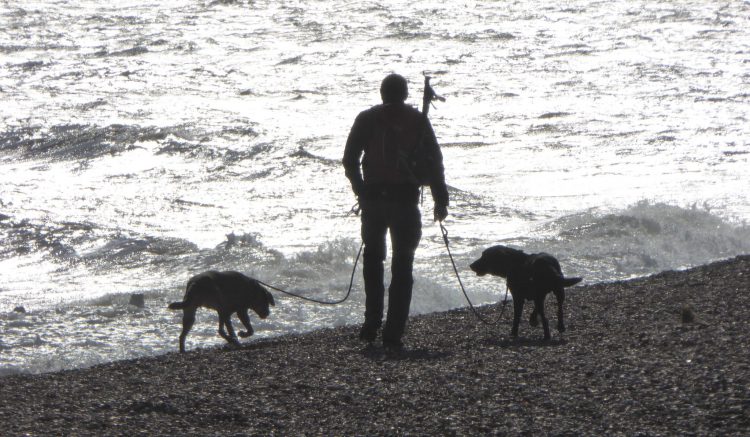 After yesterday’s walk inland we are keen to get back to the sea.  It is a stunning autumnal day, but there is a very keen wind that doesn’t feel too bad at Battle, but has us layering clothes on in the car park at Rye Harbour.

The car park has a Martello Tower in the corner, we have seen many of these in the last weeks so decide to head straight along the footpath heading south towards the sea leaving the small harbour behind us.

On this exposed coastal area the wind is biting.   After the Lime Kiln Wildlife Trust information hut we pass a splendid, old, corrugated iron hut overlooking the inlet with Camber sands behind it. 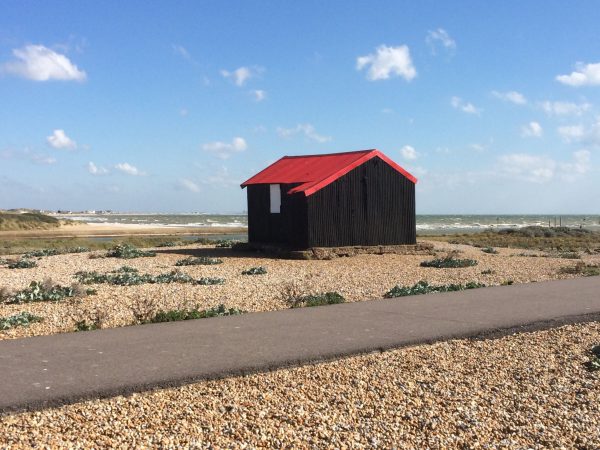 Further on there are a couple of well preserved World War II pillboxes. 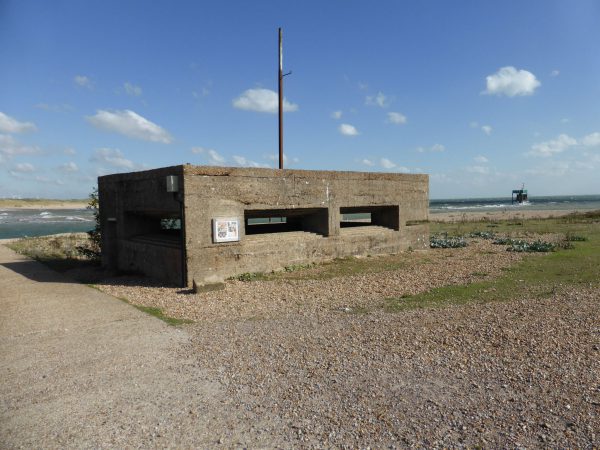 We have been buffeted by a strong side wind, but we now turn headlong into it to walk along the coastal track.  It is certainly bracing.  To our left the sea is decidedly choppy and on our right the nature reserve appears tranquil in comparison.  This reserve was established in 1970, initially operated by East Sussex County Council before being transferred to the Sussex Wildlife Trust in 2011.  The reserve covers 1,146 acres of land much of it old pits created by the extraction of shingle.

Further on we reach the old lifeboat station in which the Mary Stanford Lifeboat was housed.  It is isolated and whilst weather tight looks slightly neglected.  All too often with lifeboat stations there is an association with a tragic story. 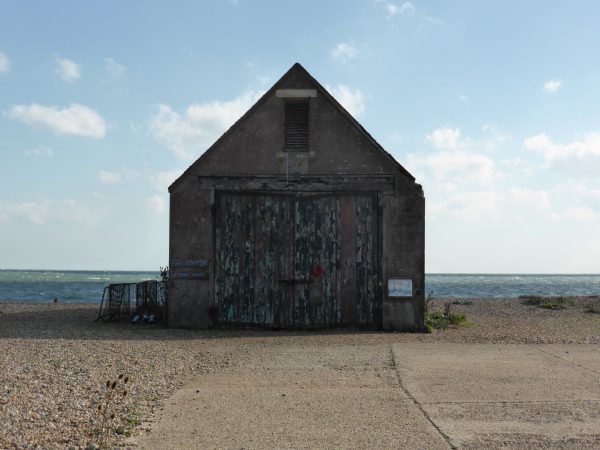 The tale of the Mary Stanford is moving, it was from this station that the Mary Stanford was launched at 6.45 am on 15th November 1928, on board were her crew of 17 men and they were heading out into an 80 mph gale to respond to a distress call made by a Latvian vessel the Alice of Riga which had collided with a German ship the Smyrna.  The collision resulted in the Alice of Riga losing her rudder and being holed in the side.

In the storm it took three attempts to launch the Mary Stanford before her crew were finally rowing out on their mission.  Within five minutes of the launch the Rye Coastguard received a message that the crew of the Alice of Riga had been rescued by the Smyrna.  Recall flares were fired, but in the atrocious conditions the crew of the lifeboat failed to see them.

At 9.00 there was a sighting of the lifeboat by the mate of the SS Halton and a bit later she was seen by a crewmember on the Smyrna.  At around 10.30 a boy collecting driftwood at Camber saw the lifeboat capsize and ran to get help.  All seventeen men on board were lost. 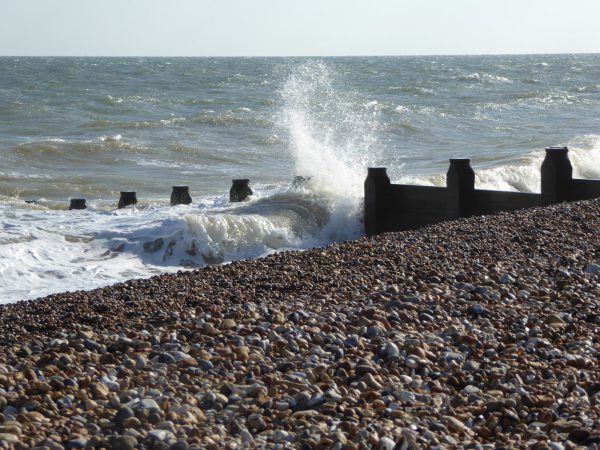 In reflective mood we continue along the track and then wander onto the shingle.  Earlier I thought the sea was rough and the wind strong, but compared to that faced by the crew of the Mary Stanford it is nothing.  The bravery of RNLI crew members is astounding. 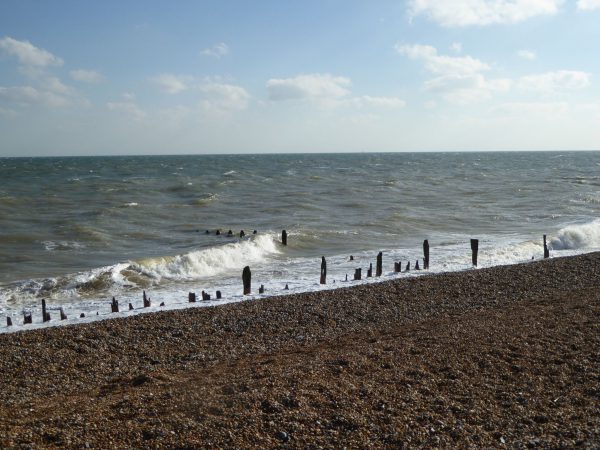 We return to the track and continue west along the coast line, passing the small settlement at Winchelsea Beach and then leaving the sea wall to join a footpath that heads north across the marsh alongside Dimsdale Sewer.  On the opposite side of the sewer is a large flock of geese and we are being watched by a herd of bears.

After going through a couple of gates we reach the Royal Military Canal and turn right to follow the footpath alongside it as it heads northeasterly with the village of Winchelsea high on the hill above. 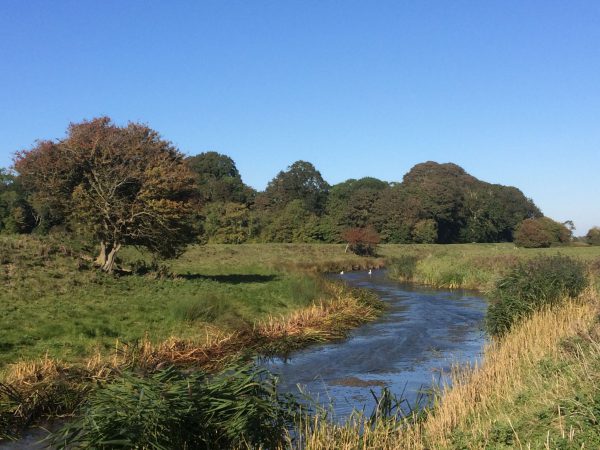 At a road we turn right towards Winchelsea Beach.  As the road bends sharp to the right the footpath carries on along a track, at a gate we take a footpath on the right heading towards Castle Farm.  Just after the farm the path forks and we go left towards Camber Castle. 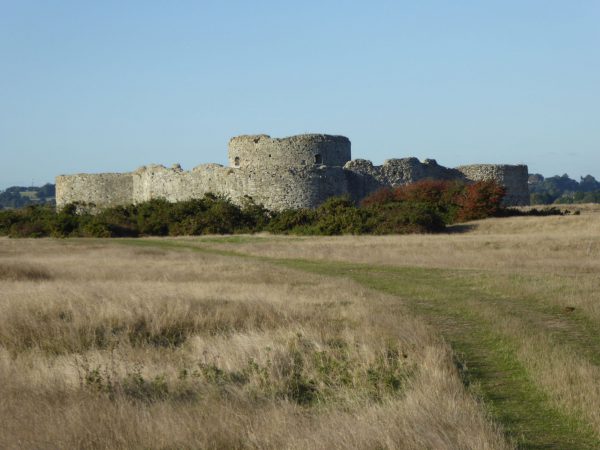 This castle was built in 1539 by King Henry VIII as a defense against possible invasion by the French.  When constructed it stood on a shingle spit known as Kevill Point, but as the Camber estuary silted up it became distant from the coast and now lies well inland.  The Castle was abandoned in 1627. 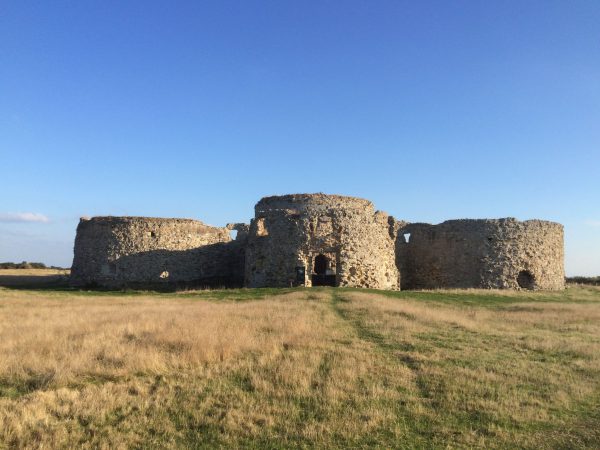 When the English Civil War started in 1642 the local Rye residents, who sided with Parliament, decided to strip the lead from the roof and demolish the living quarters so that the site would be unusable by the Royalists.

English Heritage now own the site and access inside the castle is restricted to guided tours on certain days of the month.   Today we have to content ourselves with peering through the locked gates. 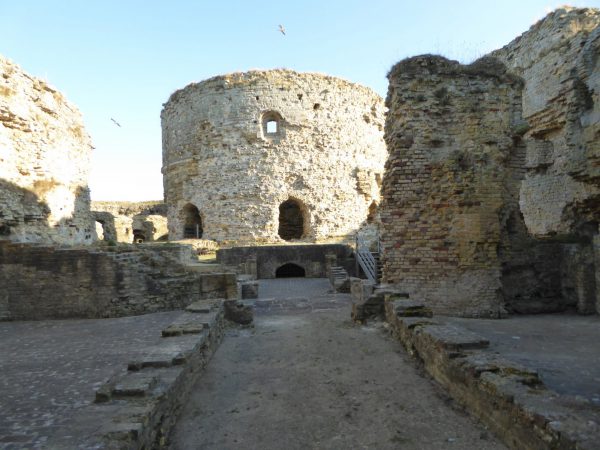 From the castle we take a path leading through the Castle Water Nature Reserve.  After passing lakes we reach the back of an industrial park and turn right to follow the footpath with the contrast between industry and nature to either side. 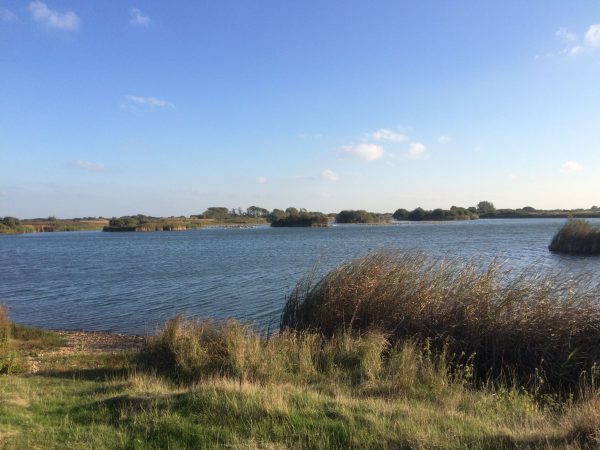 After a short while the path leads to the Harbour Road and we take this towards Rye Harbour.  On entering the village we take a detour to the graveyard of the Church of the Holy Spirit, with its memorial to the crew of the Mary Stanford.  On such a beautiful day it is hard to comprehend the loss of life in such a tragic event. 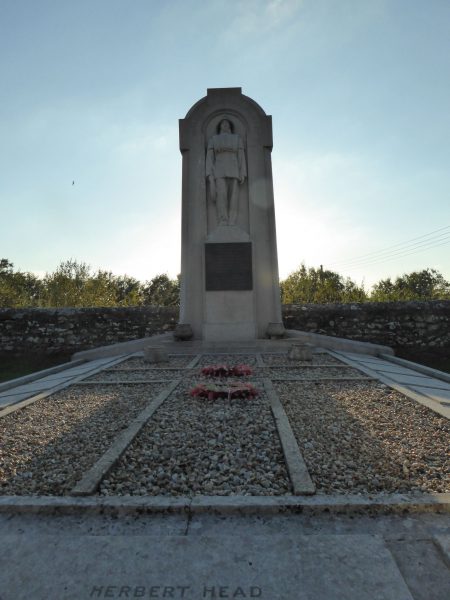 Before returning to the car we wander down to the harbour and the small fishing fleet. 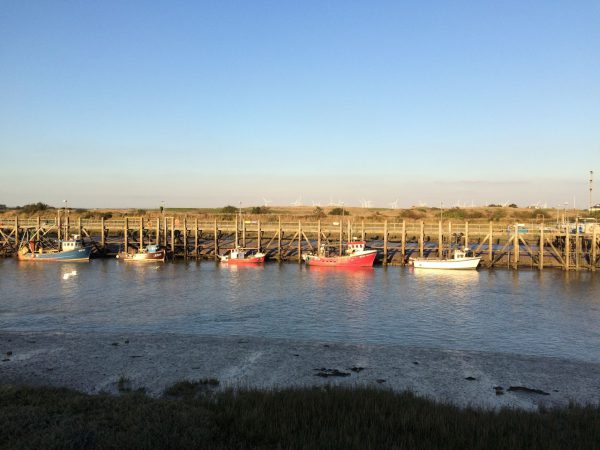 The Watch House is the oldest house in the village built in 1835.  It was originally used as a look out for customs officers trying to detect the smugglers, once rife in this area. 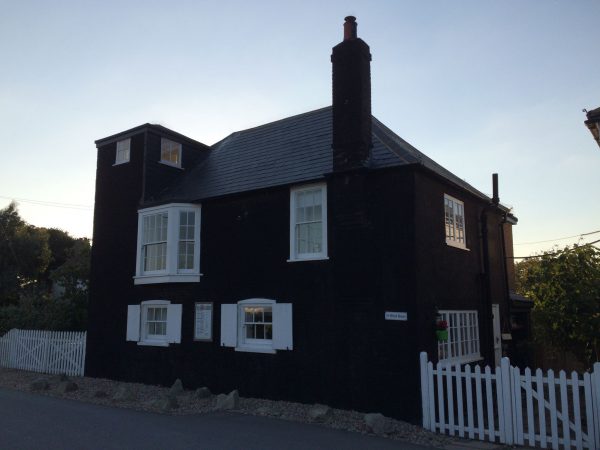 Our walk has covered ten miles.  It has been a stunning afternoon full of history and wonderful scenery.

To follow our walk you will need Ordnance Survey Explorer Map 125 –Romney Marsh, Rye and Winchelsea