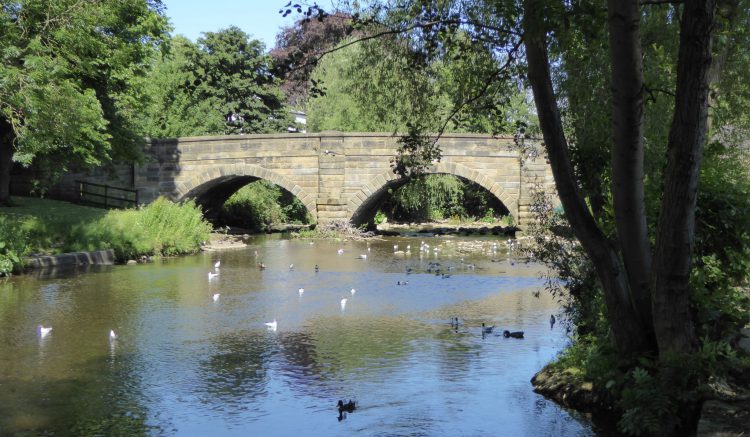 Today our wander out is to do a bit of an explore around Ripon.  After the exertions of yesterday Lynnie and Dexter request a shorter walk.  As regular blog readers I am more likely to take account of Dexter’s situation than listen to Lynnie.  After all these years Lynnie knows how to approach me on such matters, if she were to say “I don’t want to walk to far today” we are bound to be off across a moor and covering at least fifteen miles.  Whereas “Dexter looks like he needs an easy day” is likely to result in a steady six or seven mile walk.

It is fair to say that the EU referendum result has put a serious dampener on the last few days of our travel.  We have totally lost our bounce and find it difficult to take a positive view of the future facing our country.  We could, of course, be totally wrong.  We generally like to cocoon ourselves from the news, we know there are awful events happening around the world all of the time but we are not able to influence them. However, over the last few days we have followed the news more closely and the perceived wisdom from everybody who knows about these things is that there has been a monumental cock-up.

Parking up in the centre of Ripon we head towards the cathedral on the way we pass a Ripon Civic Society plaque that informs us that “From Anglo Saxon times to 1888 Ripon had its own independent system for maintaining law and order, the Ripon Liberty.  Its courthouse stood on this site within the Archbishop of York’s summer palace. This was replaced by the present building which housed the Quarter and Petty Sessions and later the magistrates court”.

The site of the Liberty Courthouse is now a museum.  It looks interesting but not a place we cam enter with the dogs and we need to do some walking in the afternoon sunshine. 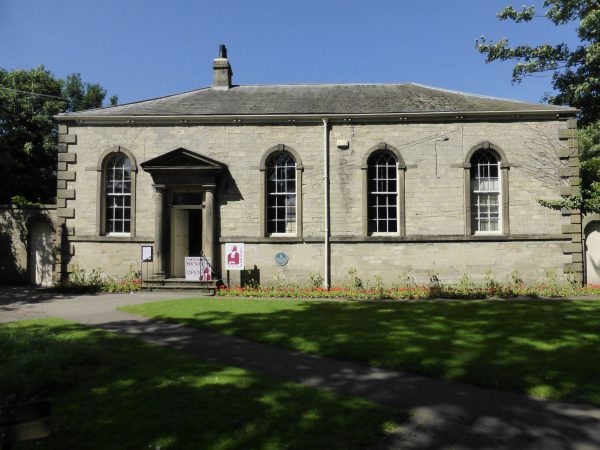 Across the road is Ripon Cathedral. 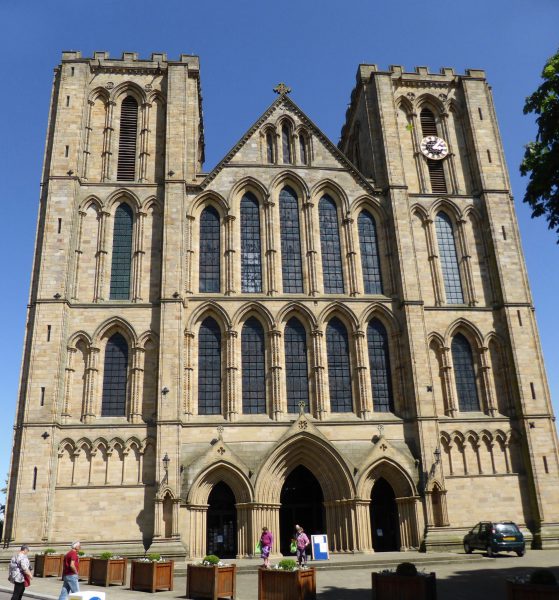 This is a splendid building with some interesting gargoyles. 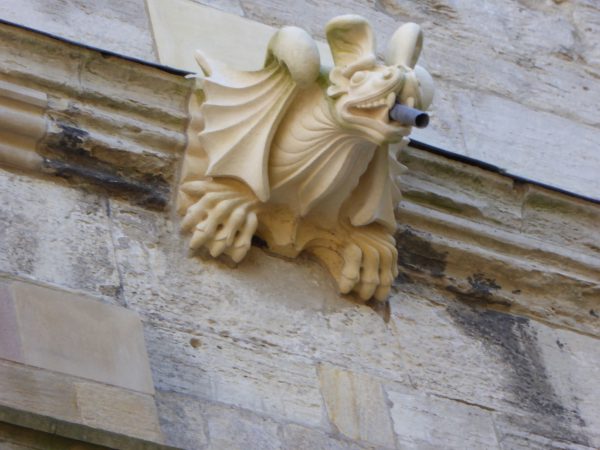 From here we wend our way down to the River Skell, after crossing the river we turn right to walk along the bank to join up with the canal. We are chatting away and continue under a road bridge and then at the next bridge climb away from the road to look for the canal. As we walk along still chatting we realize that we are going up hill and have probably gone the wrong way.

Not to worry it is always interesting to wander around an unfamiliar town and when we reach the A61 (Ripon Bypass) turn right to follow a footpath that leads us to Quarry Moor Lane, where we turn right again and head back into town.

On once again reaching the River Skell we turn right and retrace our steps along the bank, this time the river is on our left.  We follow the river out of town and close to where it joins the River Ure we turn to follow the route along Fisher Drive Lane.

On reaching the B6265 we turn right to walk back towards Ripon centre.  Ripon Racecourse in on the opposite side of the road and at a sign post we turn left to walk down a lane that hen leads us onto the canal towpath. 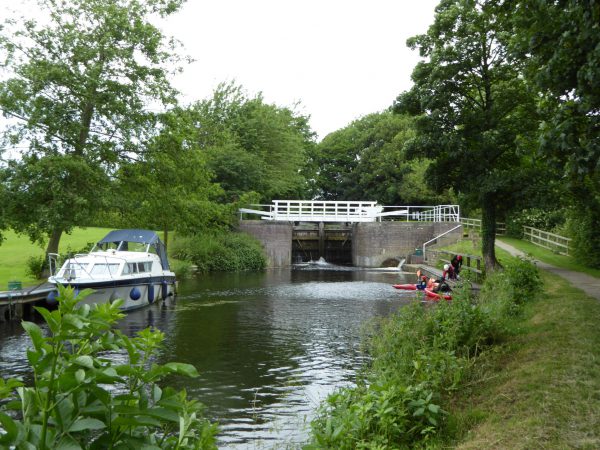 Regular blog readers will know that I like a canal; they signify a key part of our industrial heritage and provide great insight into the past.  In terms of some of the grand canals that are around the country the Ripon Canal is small scale.  The Act of Parliament that authorized its construction was passed in April 1767 and work on the canal was competed in 1773.  It cost £9,000 to build and covered a distance of 2.3 miles between Ripon and the navigable River Ure. 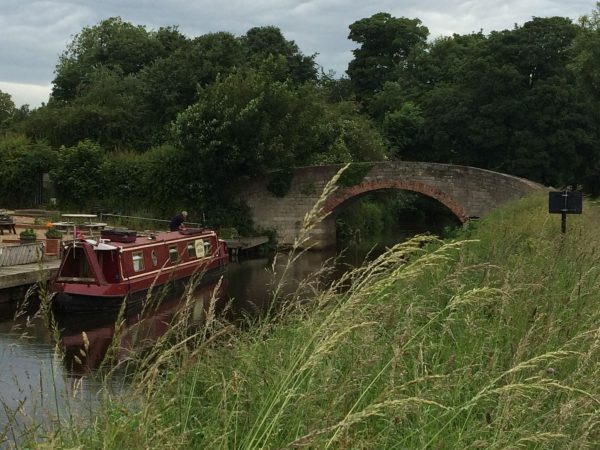 The main trade into Ripon along the canal was coal from the Yorkshire coalfields (remember them before Margaret got involved?) and in the opposite direction went lead and agricultural produce.

Like all canals it was the development of the railway network that signaled its decline and by 1892 there was no traffic on the canal, thereafter it fell into decline and was officially abandoned in 1956.  The canal was saved by the wise actions of the Ripon Canal Company who set about preventing it from being filled in and started to secure its future.  Then in 1983 the Ripon Canal Society was formed and this led to restoration work that resulted in the canal being fully re-opened in 1996.

As we walk along the canal bank and chat away about how the foresight of a few dedicated people managed to secure these once industrial sites as facility that is enjoyed by so many, both by using the towpath and on travelling on the water.  I wonder if in a 150 years time when there will no doubt be some new form of transport if defunct main roads will be used for leisure in the same way as disused railway lines and canal paths are today? 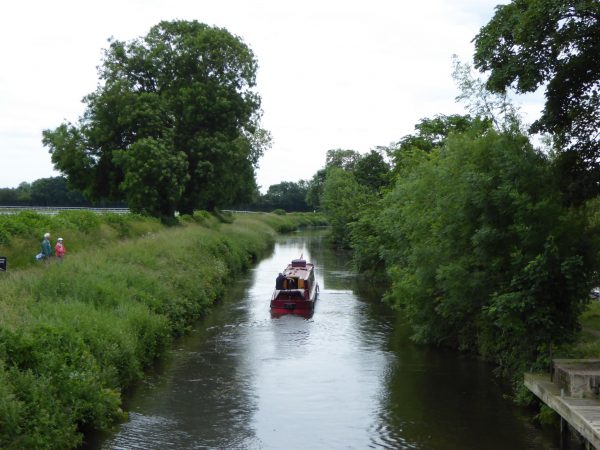 We become aware that there is a storm brewing, first my fancy Sunnto Traverse gives a storm alert, but more telling the sky has turned decidedly dark and would have Christopher Robin declaring “Tut, tut it looks like rain” (Although fans of Winnie the Pooh will know that there was no rain about it was just a wheeze to fool the bees.) 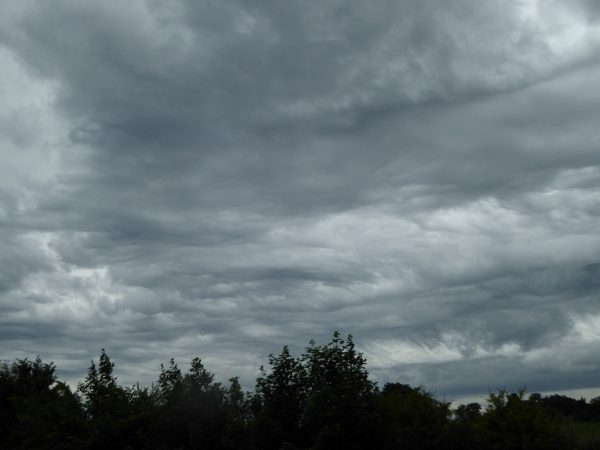 We decide to abandon our plans to walk the length of the canal and turn around and head back into Ripon.  We cross the bridge that leads us past a marine and wander up toward Grange Farm.  On meeting a road  (Littlehope Road) we turn right and follow this until it rejoins the canal on the outskirts of Ripon at which point we re-join the towpath and follow this to Ripon Basin.

From there we wander through Ripon having a bit of an explore before finally reaching the car park.  Our amble about, without any real purpose has covered just over six miles, it has been interesting, parts we would not need to do again, but next time we are in the area we will definitely walk the length of the canal. 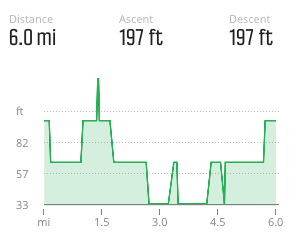