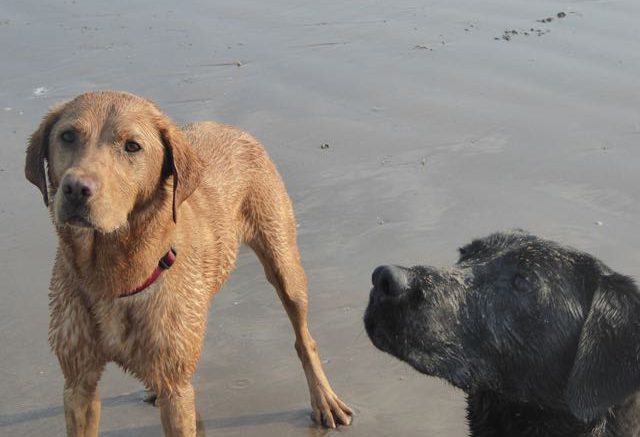 The weather has not been great today so I spend a fair chunk of the day working and it is late afternoon before we wander off for a walk. The dogs have voted for a visit to the beach and there is plenty of beach at West Sands for them to run around on!

We take the short drive into St Andrews and park up behind the sand dunes at West Sands, there is plenty of space here and as soon as the car stops the dogs are bouncing about eager to get out.

There is no walk to describe, we just go down on to the beach and walk away from St Andrews on the huge expanse of sand. 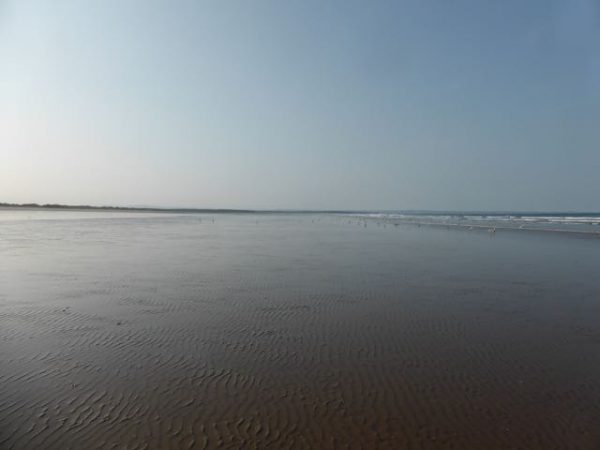 The tide is out and there is hardly anyone else on the beach. It feels like we are in our own private space. 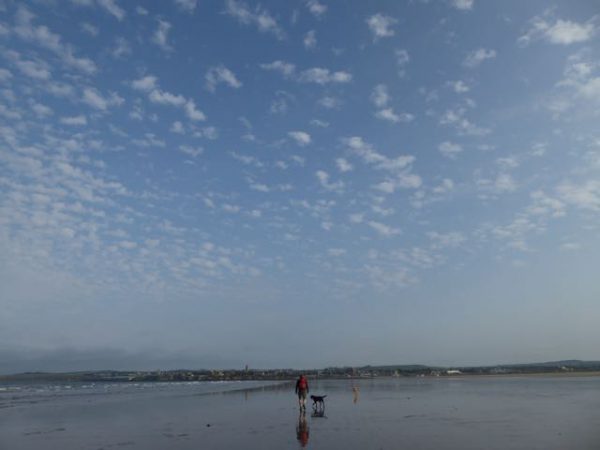 It is fair to say that the east coast of England and Scotland is colder than the west, but this does mean that the beaches are deserted. 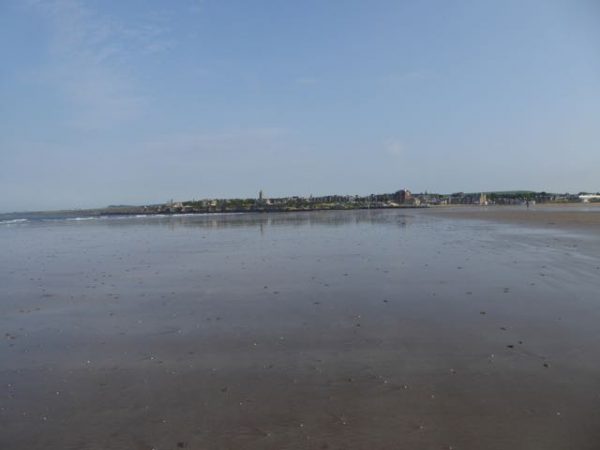 Lynnie gets busy with her camera, at least there are no sheep down here to photograph so she has to be content with the dogs and the occasional gull. 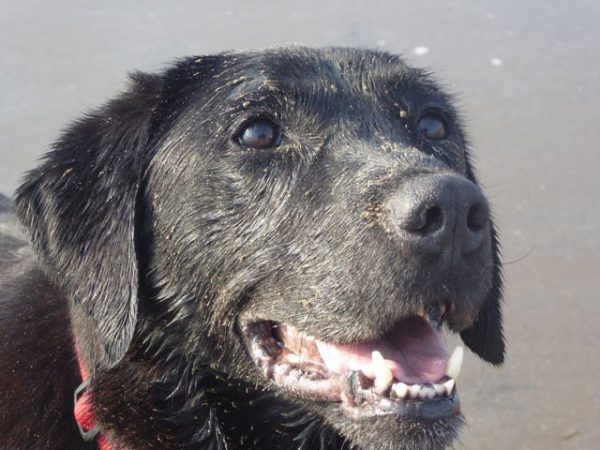 When we initially set off on our travels in 2014 we carried one camera, but there were often occasions when the person without the camera wanted to take a photo. So rather than compete to be chief snapper we now both have a camera. The result is that I am often walking a few hundred yards ahead of Lynnie because she has seen a lamb desperate to feature on the front of Sheep Monthly or a wild flower not previously seen has to be recorded for the Natural History Museum or Kew Gardens. 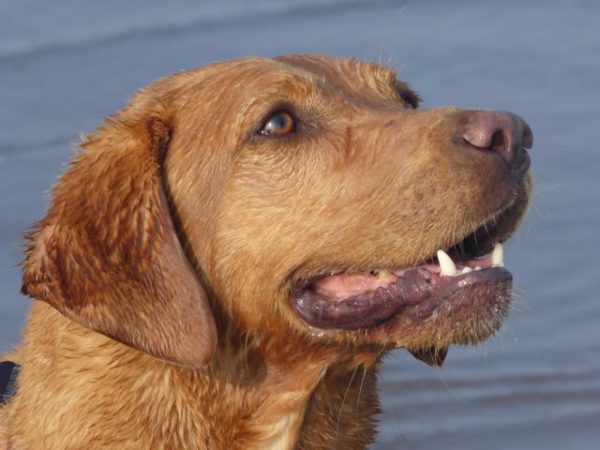 Strolls on beaches like this are therefore ideal, the dogs and I can wander about doing our own thing and Lynnie can snap away to her heart’s content. 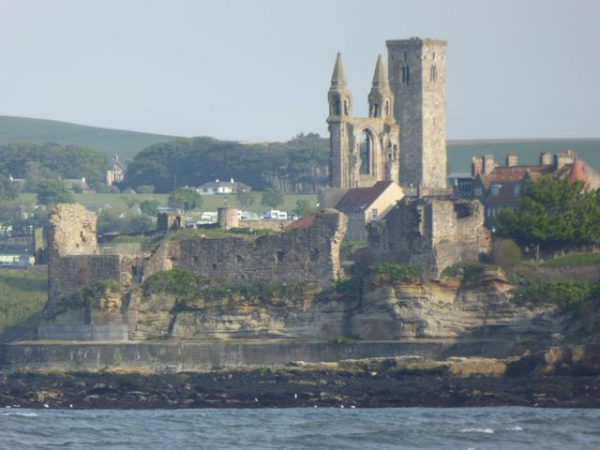 There is a downside to the boys having fun on the beach; there is only one thing worse than the smell of a wet labrador and that is the smell of two wet labradors. No matter how hard we rub them they will still be damp when they get back to the caravan. 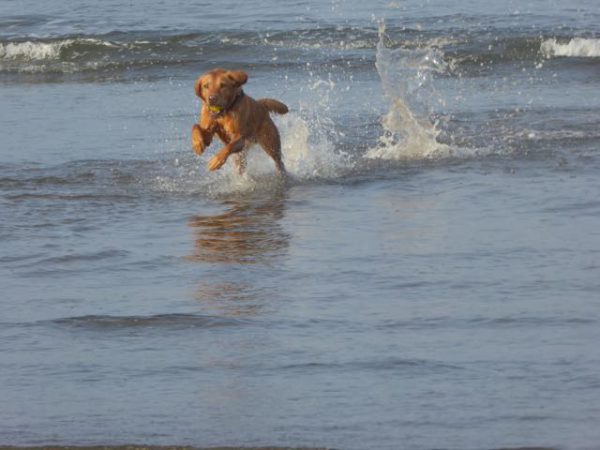 We walk for a couple of miles along the beach and then turn and walk back. Not the longest walk we have done, but the dogs have covered miles. I am tempted to strap my watch to one of the boys to map how much further than us they travel. 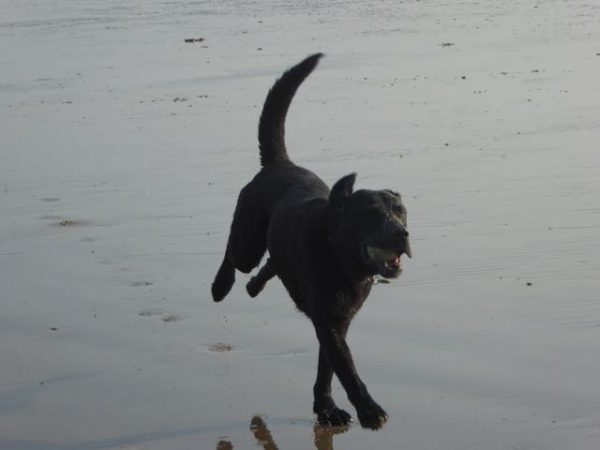 We have already planned our walk for tomorrow, what ever the weather we are back on the Fife Coastal Path.