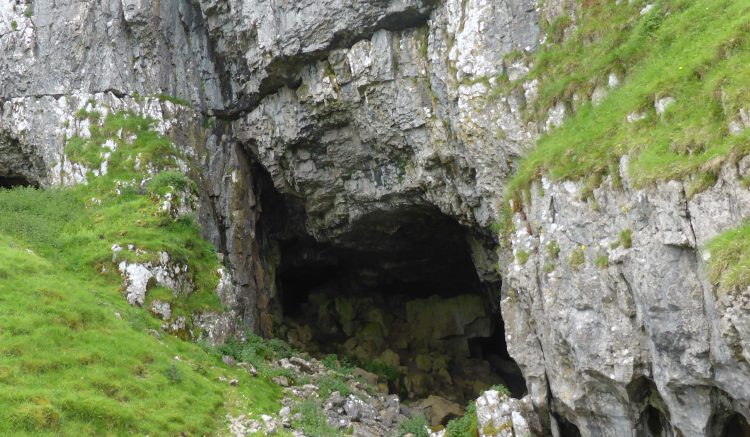 After a days rest it is time for another walk. Leaving the car on the site we go through Settle and up the old drovers track by the side of Castlebergh Plantation. This is the route we took to Langcliffe a few days ago, but today we turn right and ascend the hill. This is a very steep incline, I have to stop more times than I did going up to Ingleborough on Thursday. The weather is muggy so the breeze at the top is welcome.

Walking below the limestone Crags there is an abundance of bird song. Unusual calls, very different sounds to the birds we are used to hearing in Wiltshire. We come to a ladder stile. Crosby is up and over, but Dexter does his usual trick of standing on the top waiting to be lifted off. This is getting a bit irritating I will have to work on a way of getting him down of his own accord.

Now we turn left under Attermire Scar. The limestone here is covered in caves and potholes. We stop to watch the Wheatears not a common bird back home.

Through a gate and then the short climb to Victoria Cave. This cave gets its name because it is said to have been discovered on the day that Queen Victoria ascended to the throne. The story goes that a dog went down a hole chasing a fox this first showed that there was an entrance to a cave.

Now there is no mistaking it is a cave. The entrance has been dug out and hundreds of tons of rock have been removed to create a vast opening.

During the excavation of the cave the remains of many animals were found including the bones of mammoth, brown bear, reindeer, hippopotamus, straight-tusked elephant, spotted hyena, lion, narrow-nosed rhinoceros and giant deer. Other finds include Bronze Age pottery, Romano-British jewelry, tools and over 100 coins dating from 83 BC to 346 AD. It makes you wonder what else there might be tucked away in this cliff face.

We continue on, passing the smaller Jubilee Cave and stay on the track towards Malham until we reach a footpath on our left. Over some marshy land and we are treated to the sight of two Curlews creating a distraction so that we keep away from their young. I have rarely seen Curlews so close they are splendid birds.

Through a plantation and over a couple of ladder stiles, Dexter continues to be difficult. As if to prove a point when we reach the last stile he decides that instead of putting his muddy paw on my shoulder he will put it in my mouth instead. Now I love my dogs, but a muddy paw in the muncher is going a bit too far.

We briefly join the road as it descends to Langcliffe and then take the footpath that will lead us under Blua Crags. Our little stroll has been just over nine miles. Just right to get the legs working again. 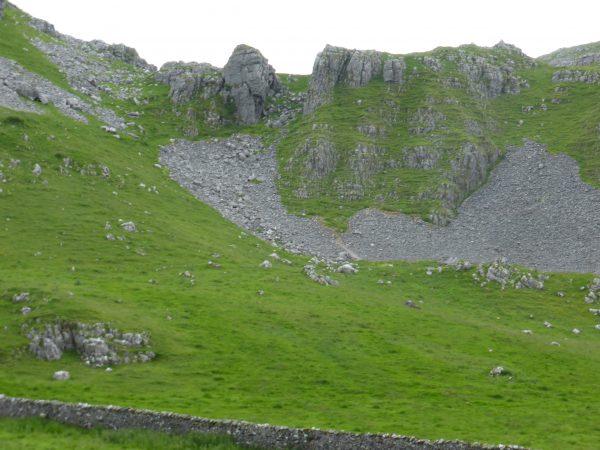 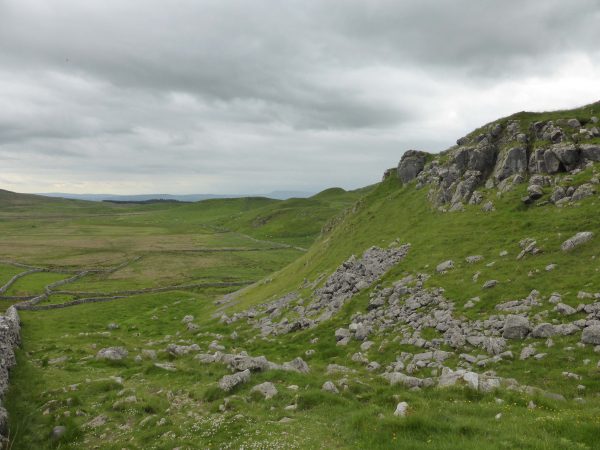 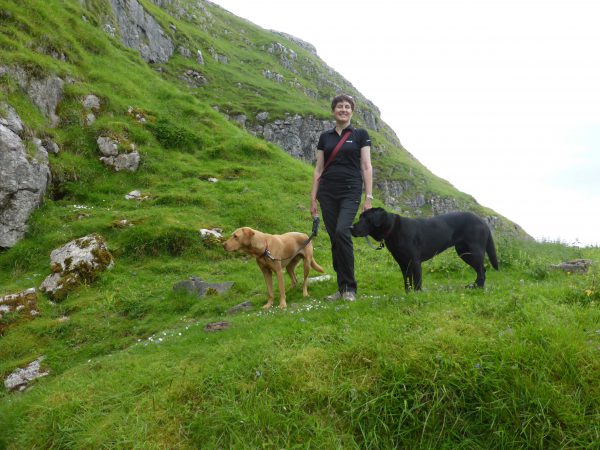 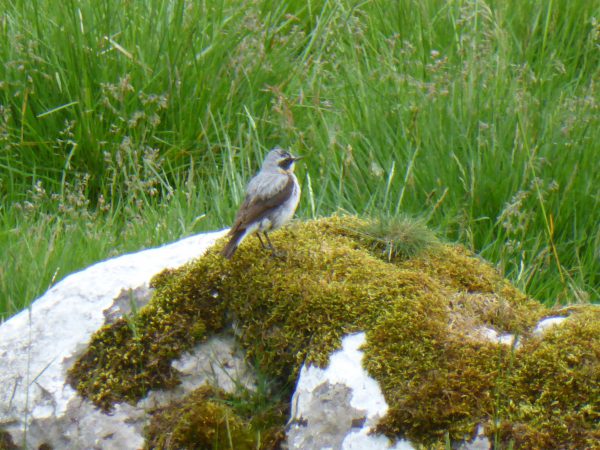