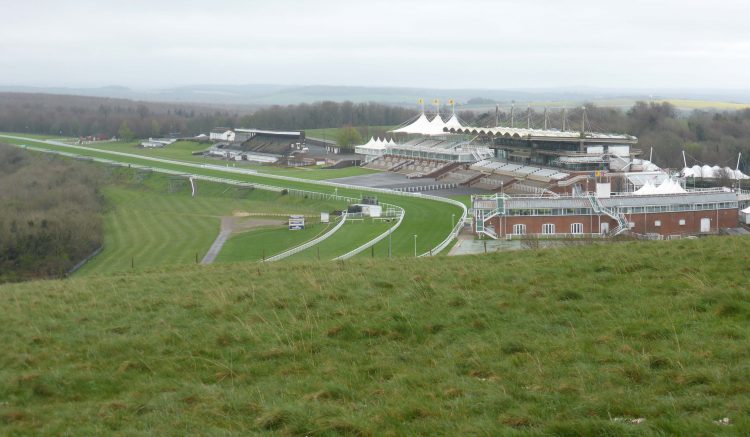 Sunday morning arrives and in the words of Christopher Robin “Tut tut it looks like rain.” (Winnie the Pooh and the Honey Tree.) This calls for a meeting of the Unicorn Council and it is soon decided that this is not a day for Lyn to venture a foot outside of the confines of the van or the awning.

So in the car jumps Mr Dexter and Master Crosby adopts his usual position of waiting to be lifted in. Crosby does not like travelling in the car and refuses to jump in when we are setting off. However, if you put his dinner bowl in the boot he is in like a shot. This is one thing we will deal with in the coming weeks.

This morning we are off to Goodwood, parking at the Counter’s Gate we head off to the village of Charlton. Once again we are shrouded in cloud but as we gradually descend the visibility improves. Charlton is a typical flint and brick Sussex village. Apparently it was here that the Doctor Who series featuring the Terror of the Zygons was filmed. Clearly the Zygons had terrorised all the locals because there was no sign of human life.

Out of the village and we pick up the West Sussex Literary Trail and then in to Charlton Forest. A steady, but long climb takes us back to the top of the downs. More cloud! Then turning onto the New Lipchis Way to head back to the village of Singleton. Just before dropping down to Singleton we cross Levin Down and get a sense of some of the views we have been missing.

From Singleton it’s a good climb back towards the Goodward Racecourse. I don’t know much about racing. I have a very good mucker, Will, he knows more than enough for the pair of us. Will and I used to go racing at Kempton and Sandown in the early 1980’s, he appeared to have the knack of always picking winners, whereas I did my bit to support the bookies benevolent fund. It was always a fun day rounded off by sharing a couple of pints and a few games of shove ha’penny in the Prince of Wales in Bridge Street, East Molesey (Hampton Court if you were a posh local.)

Lyn and I rented a flat in Bridge Street, our first home together. At the time Will was studying in Kingston, so we were both a long way from our roots in Wiltshire. He was a frequent and welcome visitor, great memories and a great friend.

Viewing Goodward on a cloudy day with hardly a soul about it is hard to imagine the jostling there will be to get a free view over the course on a race day. Climbing to The Trundle for a fantastic view back over Chichester and turning to also get a panoramic view of the racecourse I have identified the spot that I would aim for, no doubt a few thousand others would be there at the crack of dawn too.

The Trundle was an Iron Age hillfort and the ramparts still exist. A stunning place to live, but breezy on what is a fairly still day.

We have been out for nearly four hours, have had a cracking morning and its been time well spent but now its time to return to the Unicorn for cup of tea and check that Lyn has not used our absence to make a bid to escape back to normality. 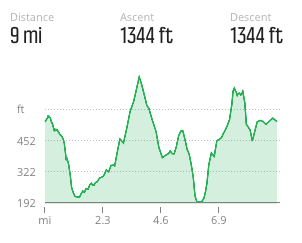