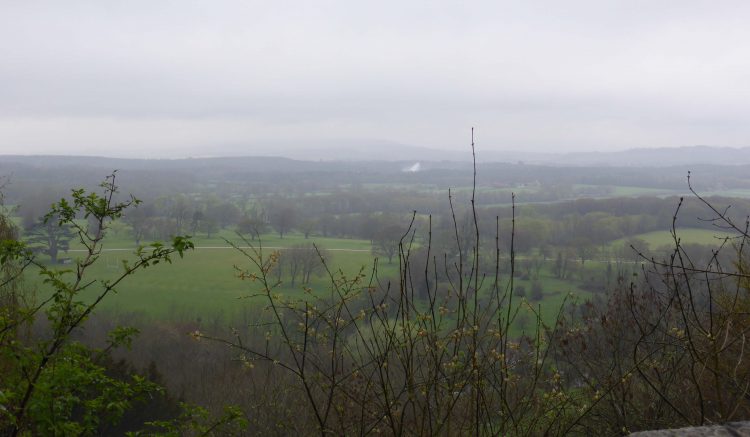 Another wet day forecast so once again Lyn is relieved of walking duties. Eager to make use of the National Trust membership, a Christmas present from Lolly and her partner Toby, a day at Petworth House is within her sights. Meanwhile the boys and I are off to walk another section of the South Downs Way.

Parking at Duncton View I get a panoramic view of the low cloud that appears to be a permanent feature on the Downs. A short walk and I am are on the edge of Duncton Quarry. Chalk extraction started here in 1950 and a renewal to the extraction license was granted in 1999 to allow mineral extraction until 2040. However, there has been local concern over the last few years about an application to use the site as a dump for inert material, i.e. soil and rubble. So far the application has been refused.

Up onto the Downs and the first person I bump into is the Rights of Way Officer, driving his 4×4. Then I am walking along Graffham Down where there are six wildlife reserves on either side of the Downs. Apart from the odd squirrel and rabbit there does not appear to be much wildlife about today. Then again I am striding along on the crest of the Downs, there feels like a potential song in that line, and have little time to stop as I need to be in Petworth soon after 5.00pm.

Turning left off the Downs I follow tracks through the woods to East Dean, another typical flint and brick Sussex village. I am behind schedule and quickly start to climb up again towards the Downs, meeting a gentleman of the parish out for his afternoon constitutional, resplendent in his red flannel trousers. Now this is not a look I have tried to sport, I have good friends that can carry it off with aplomb, but if I were to don a pair I am sure Lyn would emit those words made famous by Del Trotter “What a plonker”.

A brisk walk and I am soon at the car park, I have been out for three and a half hours and the cloud has lifted slightly. It’s not the view that grabs my attention, but the stone that states the car park is maintained by the Rees Jeffreys Road Fund. Who is Rees and what is his road fund? 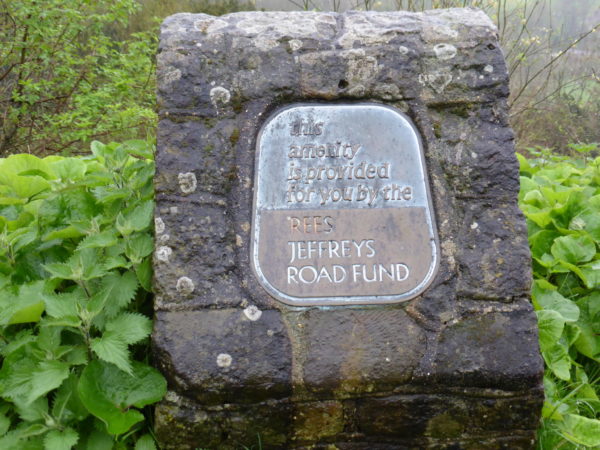 William Rees Jeffreys was described by Lloyd George in 1937 as ‘The greatest authority on roads in the United Kingdom and one of the greatest in the world’. Rees led a campaign to seal our roads so they were better for road users (clearly this has not caught on in parts of Sussex) and reduced road noise. He was also responsible for developing the classification of our road system. Lyn is of the opinion that he failed in this last task. In her view roads should be painted the colour as displayed on the map, thereby making navigation easier. He died in 1954 and left a sizable endowment that enables the Rees Jeffreys Fund to make charitable grants and bursaries related to road transport projects.

Impressively Lyn has managed to find her way from Petworth House to the centre of the town. Not a difficult task for most, but Lyn has lived in Salisbury for thirty years and can still get lost wandering around the City. We head back to the Unicorn, on route a pretty little church grabs our attention. 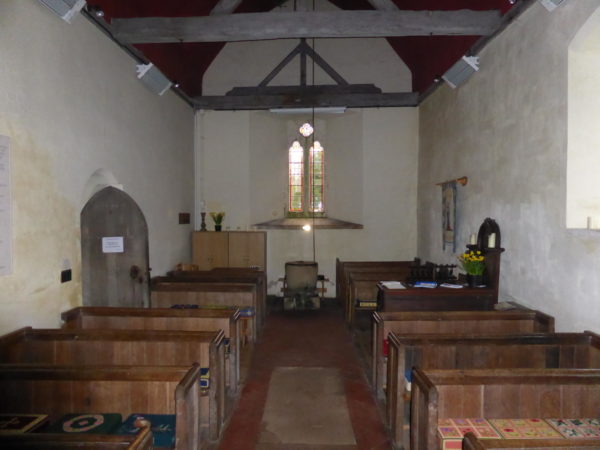 The church of St. Mary the Virgin in Upwaltham is an early Norman church, just over 900 years old. Inside there are memorial stones from 17th century. Interestingly there is a memorial to the fifteen airmen from Britain, America, Australia and Canada that lost their lives at Upwaltham during the war. 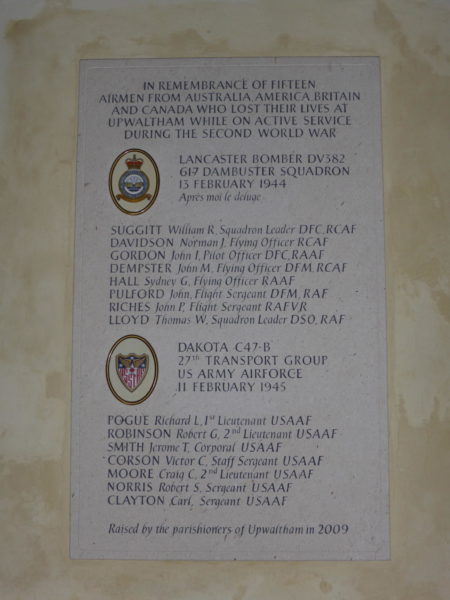 In the first accident on 13th February 1944 a Lancaster from the famous Dambuster 617 squadron was returning from an assault on the Antheor railway viaduct in southern France. It had stopped at Ford for refueling and taking off in poor visibility crashed into the top of Littleton Down, this was close to where I had been walking earlier. It was in February 1945 that a US Dekota on its way back from France crashed into the opposite hill. Again visibility was poor and the pilot believed he was still over the English Channel.

For days I have been moaning about the low cloud preventing us getting a clear view from the Downs. Reading about these unfortunate airmen puts that all into perspective.

Tomorrow is a moving day, so time to start packing. 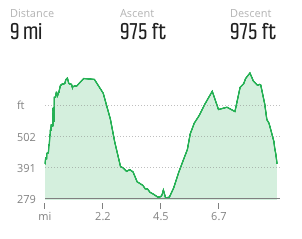