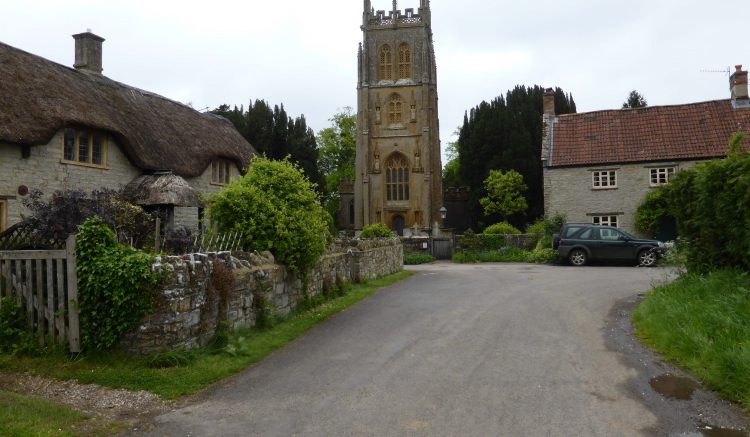 The wind is blowing and the forecast is not good. Heavy showers are predicted and soon after waking it pours down. This is enough for Lynnie to suggest that I go walking with the boys whilst she catches up with things in the van.

As mentioned yesterday I know this area reasonably well, but I have never walked in the locality of our current site. So the boys and I head off from Crimson Hill towards Curry Mallet.
The Manor House in Curry Mallet (known as Mallett Court) is an interesting building, it stands on the site of a castle built by William Malet, lord of the manor in 1215. It is the connection with the Malet family that gives the village its name. William was a guarantor to the Magna Carta and fought in the Battle of Hastings. 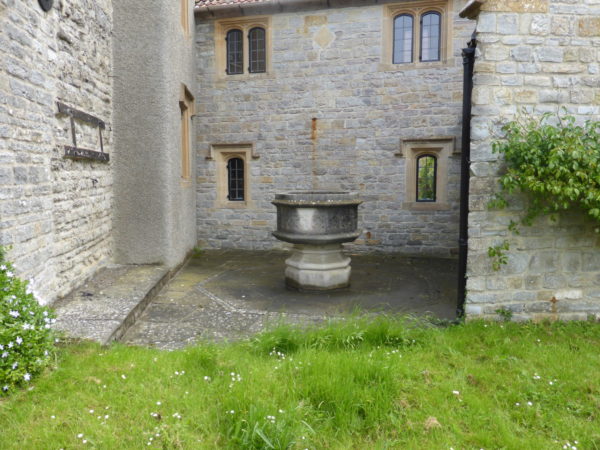 I leave the village on the lane towards New House Farm, usually I avoid walking on roads, but these lanes are quiet, very quiet, with hardly any traffic. Turning right at New House Farm I join the bridleway, Stillbrook Lane, after a few hundred yards of walking along a grassy track I discover the reason for it’s name. The stream that is now the path trickles very slowly and the odd protruding rock is very slippery. I cautiously pick my way. I am relieved to reach the end of the track and continue straight across on to the road.

At a junction I turn right into Isle Brewers. It is difficult to believe that only a few weeks ago this area was underwater due to the devastating floods that struck the area. Isle Brewers gets its name from both the River Isle that runs past the village and it’s connection with the Brewer family. William Brewer (Briwere) was lord of the manor in the early 13th century.

I follow the road out of the village and then head towards Southey Farm, skirting the farmyard and follow the track across Red Bridge and enter the village of Isle Abbotts with a view of the church to the left.

The name of the village stems again from the River Isle, the second part coming from its ownership by Muchelney Abbey, in Saxon times, until the Dissolution of the monasteries in 1538.

In 1645 during the English Civil War Isle Abbots was the scene of a skirmish between parliamentary troops under Edward Massie and Royalist forces under Lord Goring who fought for control of the bridges prior to the Battle of Langport. 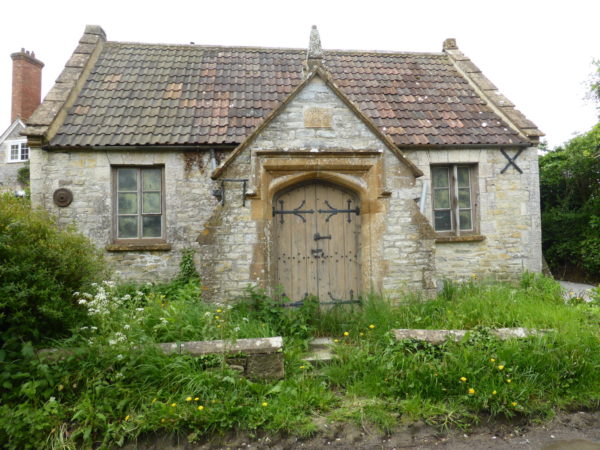 The Church of St Mary the Virgin dates from the 13th century. It is a stunning building and stands central to the village. I leave the village, passing the poultry houses and take the footpath to Park Farm, forking right to join the road to Curry Mallett entering the village by Manor Farm. Now on a mission for a cup of tea I head through the village and back to Crimson Hill, I have covered just over eight miles and despite the weather forecast have avoided rain.

Later we dash into Taunton to do a bit of shopping, including new walking boots, they will need to be broken in over the coming weeks. On the way back we take a diversion into the Bell Inn at Curry Mallett for a sharpener.

The pub is busy, they are doing a special offer on meals. We settle to a very drinkable pint of Otter Amber. Otter beer is a particular favourite of ours, but we have not encountered the Amber before. The Bell is very much a “locals” pub, they are arriving in their numbers. Two chaps of advancing years come in and having sorted their drinks enquire about the menu. The landlord points them in the direction of the blackboard. They try to take a look from the bar and then one says to the other “tis written all quiet” and crosses the bar so that he can peer from close range.