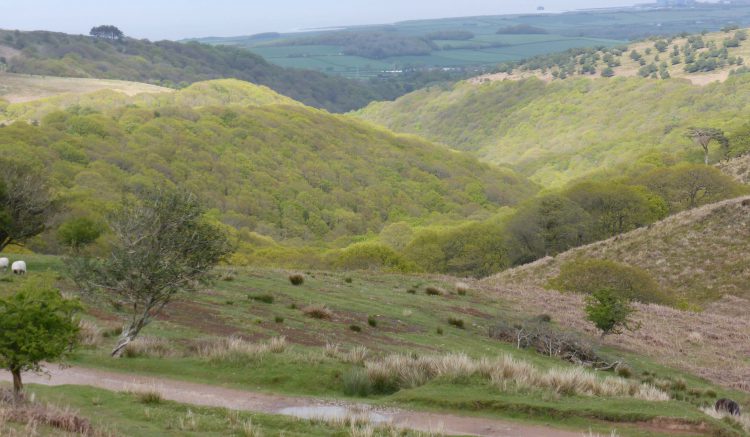 I like Taunton. My job moved there in 1992 and I lived in the town until 1995. At that time Lyn and the children were still back in Pitton and I would stay in Taunton during the week and return home at weekends. I spent a lot of time walking in the area and particularly liked the Brendon and Blackdown hills, but my favourite was always the Quantocks.

In 2002 work took me back to Taunton and the family moved with me. Lyn and I would regularly walk on the Quantocks. On a summer evening after work there was no better way to spend a few hours than walking there with our dog Baggins and then stopping at the Farmers Arms at Combe Florey for a pint on the way home.

One memorable evening we parked at Dead Woman’s Ditch walked, had our pint and went home. Unloading the car I struggled to find Lyn’s boots. Enquiring as to their whereabouts I was politely told by Lyn that she had removed them in the car and left them outside the car door for me to pick up. Therefore, the absence of boots was due to my failings and I was dispatched to collect them, a round trip of some twenty-five miles! Back at the car park the boots stand alone and forlorn as if aliens had beamed up their owner. Naturally, until now, this incident has never been mentioned!

Today we park at Dead Woman’s Ditch. The origins of the ditch are thought to be Iron Age, possibly a fortification linked with Dowsborough Hillfort. How it came by this gruesome name is unclear, some say that it relates to the fact that local charcoal burner John Walford dumped the body of his wife in the ditch in 1789, he was later hung at a local spot now called Walford’s Gibbet. Others say there is evidence that it had the name prior to this. More recently, in 1987, the body of Bristol estate agent Shirley Banks was dumped near the ditch by her murderer John Cannan. So this spot does have a dark past.

We leave the car park taking the narrow road opposite and follow it down until we reach the footpath to Dowsborough Hillfort. It is a steady climb to the Iron Age fort. It stands at a height of 340 metres and has splendid views over the Bristol Channel and to the East, over the valley of the River Parrett. The only blot on the landscape is Hinkley Point nuclear power station. A significant blot.

Hinkley Point is actually three nuclear power stations on the same site. Work on Hinkley Point A started in 1957 and it was commissioned in 1965, it no longer operates following its decommissioning in 2000. Hinkley Point B was commissioned in 1976 and still operates, reportedly it produced 1% of the UK’s total power output in 2013. Adjacent land was earmarked for a wind farm, however, it is reported that in 2005 the local council rejected the plans on what appear to be safety grounds, they were concerned about a turbine blade becoming detached and hitting someone or something. Now I am not a local politician, nor ever likely to be one, but given the choice of disaster on a wind farm or nuclear power station I know which one I would choose. The site is now under construction for Hinkley Point C due to be commissioned in 2023 and remain operational for sixty years.

From the hillfort we descend to Woodlands Hill and down into the village of Holford. Stopping on the village green for a sandwich, it is called the Bowling Green but is clearly not used for any type of bowling. The choice of routes out of Holford is always difficult, my favourite is Holford Combe, but today we take Hodder’s Combe. 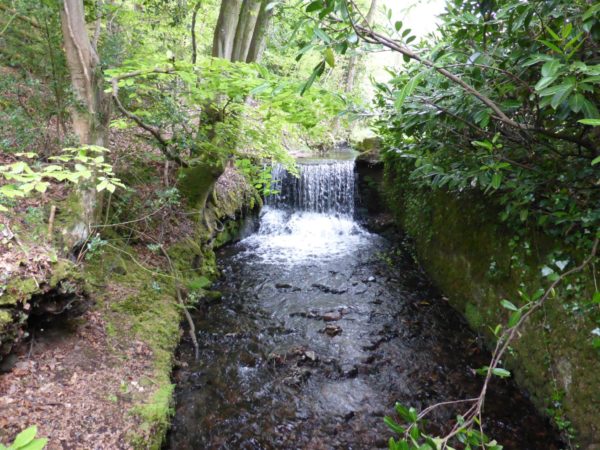 and at a fork in the path keep right to make the gradual climb up Lady’s Edge, then into Sheppard’s Combe that takes us to Bicknoller Post. From here there are spectacular views across to Minehead and the Brendons. 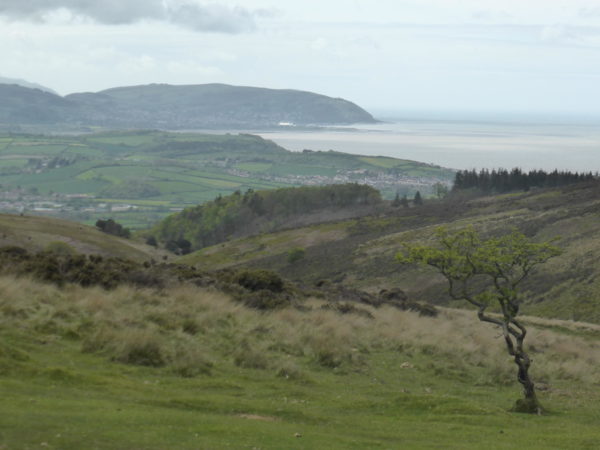 Following the track we walk onto Halsway Point, on a clear day, like today, the marker posts appear to provide useful reference points. However, in poor visibility there purpose is to help walkers avoid getting lost on this exposed section. 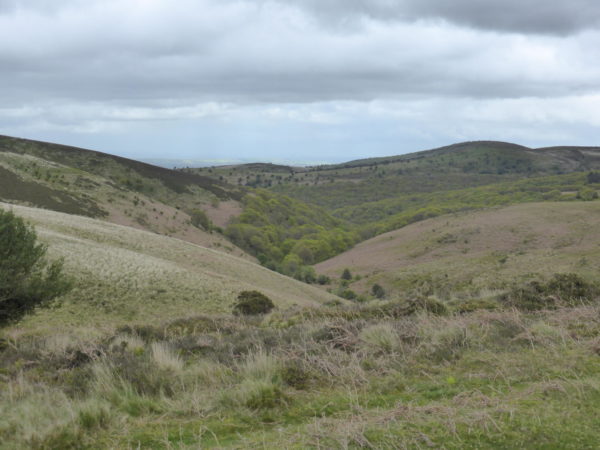 Then we are onto Hurley Beacon before heading to Wilmot’s Pond and back to Dead Woman’s Ditch. Here Lyn sees a mare and foal that get full photographic attention. Rather than get into the car we continue our walk following the old fortification down alongside Seven Wells Wood. Having covered a cracking eight and a half miles we are back at the car, boots off, ready to go. Before setting off I have a quick walk around the car to check Lynnie has not left her boots behind!

To view this 8.5 walk on OS Maps Click Here 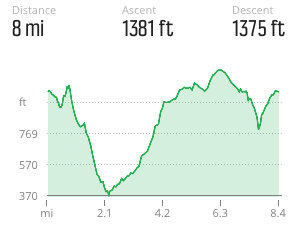