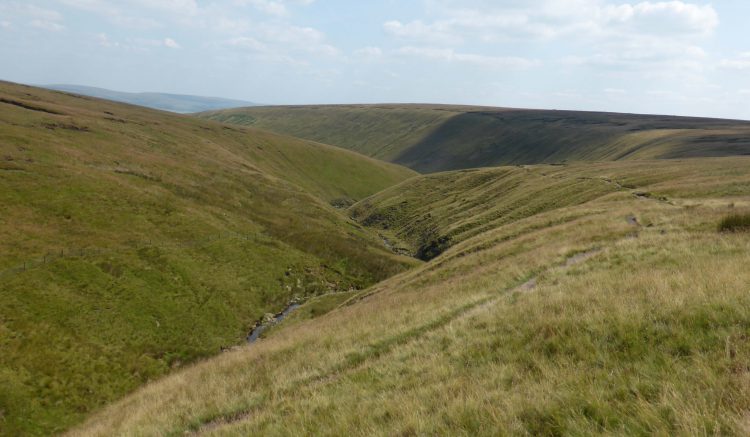 On our regular trips to and from the Yorkshire Dales we have driven by Pendle Hill and for some time it has been on our list of places to walk. The weather is cracking today, if anything a bit warm for walking, but we hope that climbing up the hill we will encounter a bit of a breeze.

A pleasant drive through the market towns of Cockerham, Garstang and Clitheroe takes us to Pendle Nick where there are parking spaces just beyond the dry ski slope.

It is a long gradual climb initially along the ridge then beside the beck before finally taking the sloping flagstone path to the summit. On the way we meet a runner coming in the other direction. He greets us with ”it’s a grand day, the lottery can’t buy this”. There is no arguing with his statement.

The walk from the car to the summit has taken us about ninety minutes at a steady pace. The 360-degree views from the top are stunning. There is a fantastic view of Ingleborough and Penyghent in the distance and I long to be walking back in the Dales. I enjoyed our walking in the Lakes last week but much prefer the Dales.

Pendle Hill is of course associated with the Pendle Witches and it is a mecca for those seeking a scary experience on Halloween, with many climbing to the top. On a bright sunny day there is nothing spooky at all about this place.

We consult the map and consider a circular walk, but it is pretty hot so decide that the sensible option is to return along the same route.

Of all of the stories of witchcraft the Pendle Witches is probably the best known. The trial of the Pendle Witches took place in 1612 and the twelve accused lived in the area around Pendle Hill. It was alleged that they murdered ten people by the use of witchcraft. Of the twelve, ten were tried at the Lancaster Assizes, one at York Assizes and one died in Prison. Ten of those tried were found guilty and one was acquitted.

In the 17th century witches could make a tidy living through healing, begging and extortion. Many of the accused came from two families headed by women in their eighties, the Demdike family headed by Elizabeth Southerns and the Chattox family headed by Anne Whittle. In an extraordinary trial where some of the defendants admitted being a witch but denied murder a key witness was nine-year-old Jennet Device. The young Jennet gave evidence against her mother Elizabeth Device, and her brother and sister.

Nine of the ten tried at Lancaster assizes were found guilty these were; Alizon, Elizabeth and James Device, Anne Whittle, Anne Redfern, Alice Nutter, Katherine Hewitt, John and Jane Bullock. They were hanged at Gallows Hill. Elizabeth Southerns died whilst awaiting trial and Alice Grey was found not guilty.
A grim story to end a cracking day. It’s time to get back to the Unicorn and fire up the BBQ and enjoy a beer in the evening sun. As we were told earlier it is truly a grand day and the lottery can’t buy experiences like this. 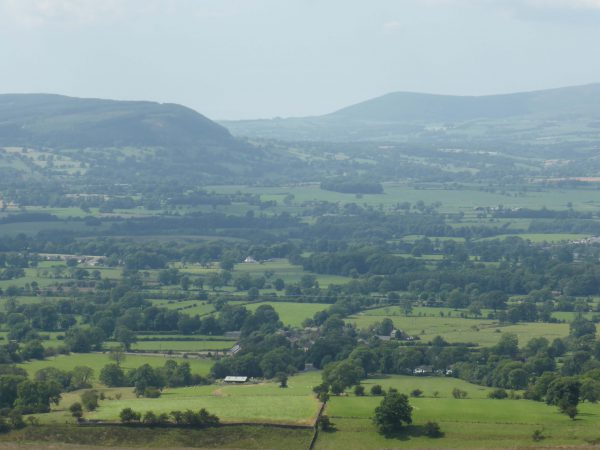