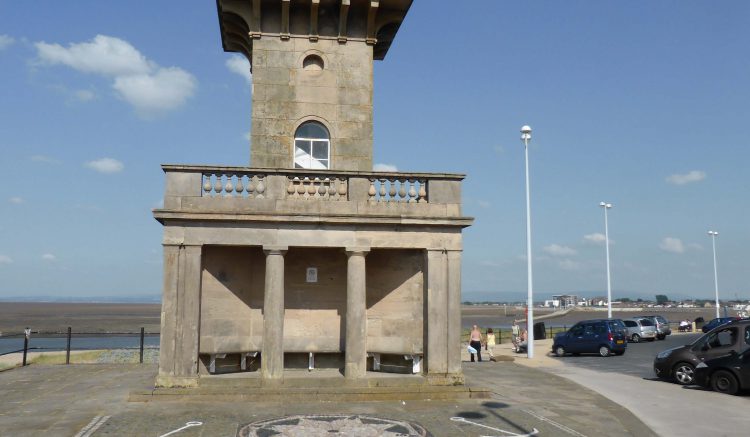 Many years ago I had a boss called Frank, we worked together for about five years and had a great relationship. He hailed from Fleetwood and would often talk about the town and say what a great place it was. Until today I assumed that he was looking through rose tinted glasses at his hometown.

Everyone knows that Fleetwood was a large fishing port, the west coast equivalent of Grimsby. (I still have nightmares about our trip to Grimsby.) So it is time to find out if Frank was telling the truth.

It is a stunningly hot day so we leave it until mid afternoon to head off. As we drive into Fleetwood we realise that much of the old dock industry has long gone. There is a vast expanse of land that is fenced off waiting for redevelopment. To be honest at this stage I thought we had made a mistake coming here.

Then we reached the corner by the promenade. Suddenly it all changes. Here there are tram cars running and an abundance of impressive buildings. It is quiet, but we imagine that Blackpool just a few miles down the coast is heaving. We stroll along the promenade and take it all in.

Fleetwood has two lighthouses. The upper lighthouse is usually referred to as the Pharos Lighthouse and can be seen for thirteen miles. The Beach Lighthouse is visible for nine miles, both opened in 1840. They are cracking buildings and still operational.

Between the two lighthouses is the magnificent North Euston Hotel, this was built in 1841 to provide accommodation for those travelling from London Euston to Scotland. At Fleetwood they would leave the train and board a steamer for the final leg of the journey. Queen Victoria made this journey in 1847. 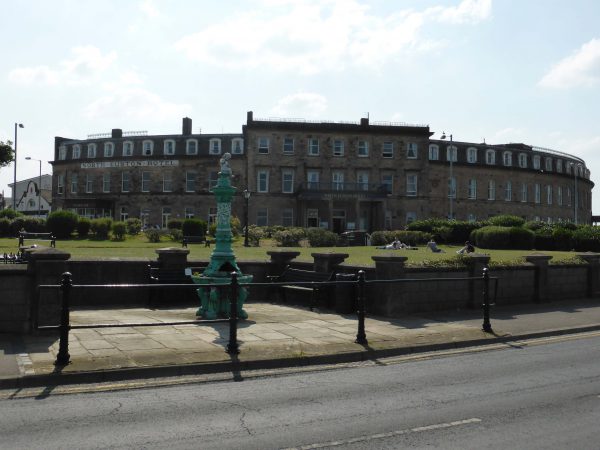 From the 1860’s Fleetwood expanded its port activities and steamers began pleasure and commercial services to the Isle of Man, Ardrossan and Belfast. The quay was developed and the fishing industry grew. The town grew further with the arrival of a salt-processing works on the edge of town. In recent years with the decline of the fishing industry and loss of other industry the town has had an economic downturn, but there is a sense that things are picking up. Perhaps it is just that it is a sunny day, but there is a pleasant feel to the town.

Between the esplanade and the road there is a large park with bowling greens, children’s play area, pitch and putt and boating lake. The latter two not being used but the rest of the amenities are popular.

The boys are keen to get on the beach so at an appropriate juncture we spend half an hour throwing tennis balls for them. Then back on the promenade to walk down to the coastguard look out point. Here we are alongside Fleetwood Golf Club, it looks an interesting and challenging links course.

Even in late afternoon it is still very hot, so we wander back along the promenade to the car. We have spent three hours smooching about and thoroughly enjoying Fleetwood. Frank was right it is a cracking town and one I would happily visit again. 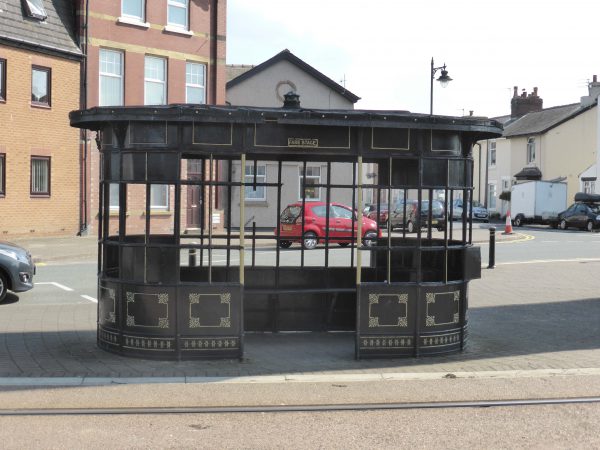