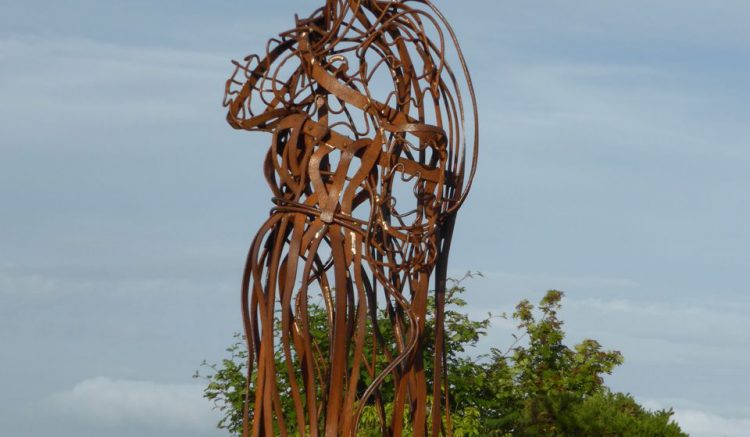 It’s a bit overcast and there is a chill to the breeze today making it feel a good deal cooler. We decide to head west along the coast to Aberdaron to wander around and hopefully the boys will have a chance to play on the beach.

Arriving in Aberdaron we park in the main car park overlooking the sea and stroll down towards the beach. It is high tide and we are unable to get far before reaching the rocky sea defences. 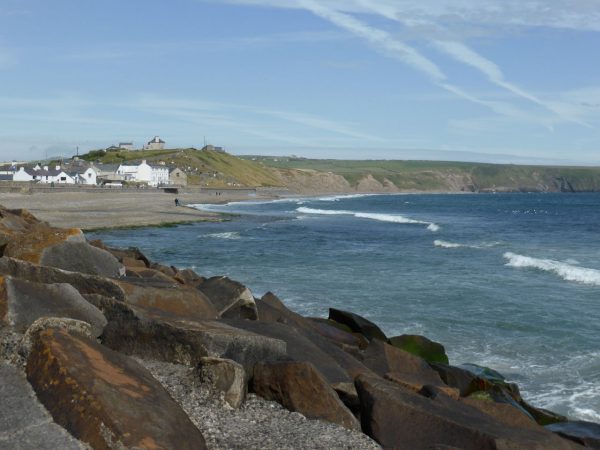 So we turn and climb the path heading west above the beach, giving us stunning views back across the village. Before very long we are walking close to the cliff edge, definitely not advisable for Freddy’s, so we hastily retrace our steps back to the village. 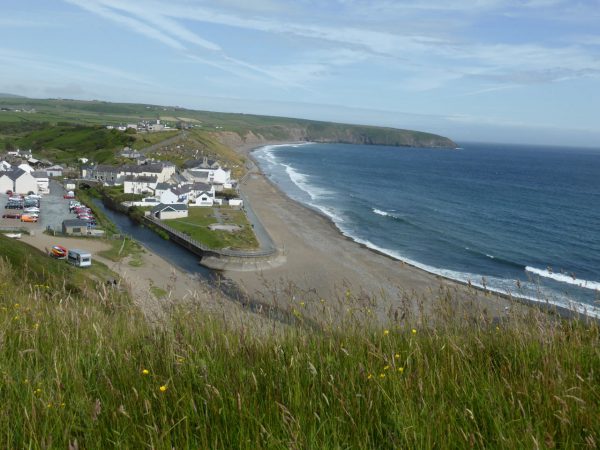 Aberdaron is full of old and interesting buildings, the one that particularly catches Lynnie’s eye has a sign outside saying “Proper Dairy Royal Welsh Supreme Champion Ice Cream” a walk involving ice cream is always worthy of a bonus rating as far as Lynnie is concerned. 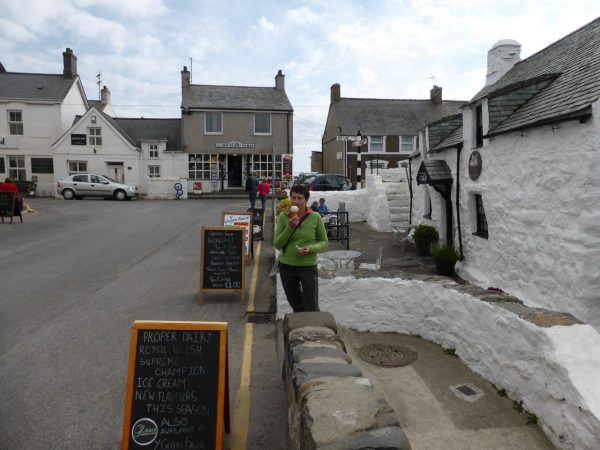 Whilst Lynnie enjoys her ice cream, watched intently by Dexter and Crosby, I pop into St Hywyn’s Church located close to the cliff edge. There has been a church on this spot since the fifth century. According to the Church’s website in 1137, Gruffydd ap Cynan, King of Gwynedd, began erecting stone churches to replace the wooden buildings in the most important parishes and so the oldest portion of St Hywyn’s Church dates from this time. It became a sanctuary church within which, on the stone chair called the chair of peace, disputes could be settled and no fugitive could be ejected for 40 days and nights. In 1417, the church was enlarged.

The church building had fallen into a poor state of repair by the late 18th century. Restoration was carried out in the 19th century with a further refurbishment in 1906, when the churchyard was increased in size. By the late 20th century, the church was again in need of restoration. The new sea defence, to stop the churchyard slipping onto the beach, had been completed, and more recent work has been undertaken on the interior. Now it is a stunning building. 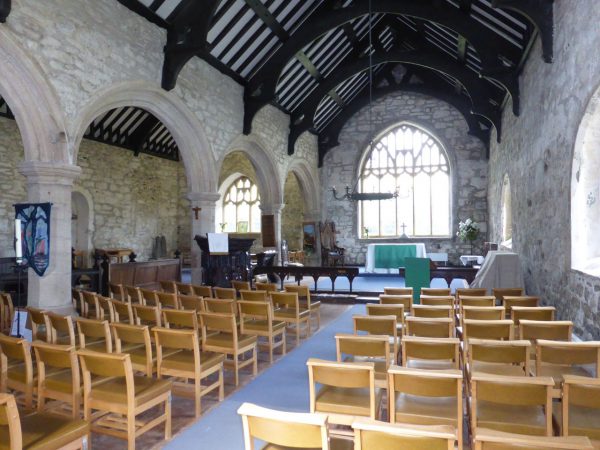 We wander back to the car and the boys look a bit dejected because they have smelt the beach but not had their run around. So driving back we stop at Llanbedrog and walk down to the sea. We are all soon glad we made this choice. Arriving on the beach we are greeted by brightly painted beach huts and an expanse of sand for the boys to chase their tennis balls. 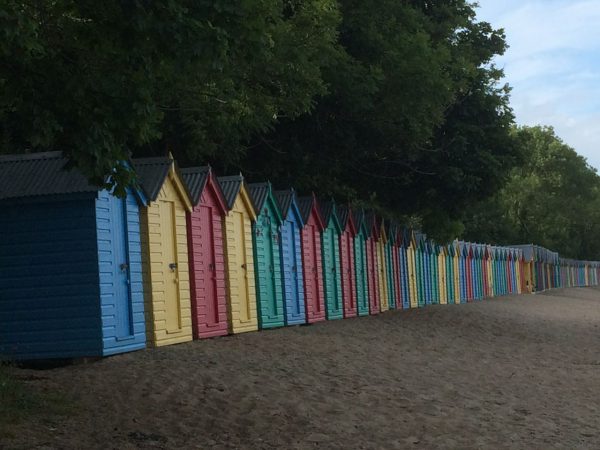 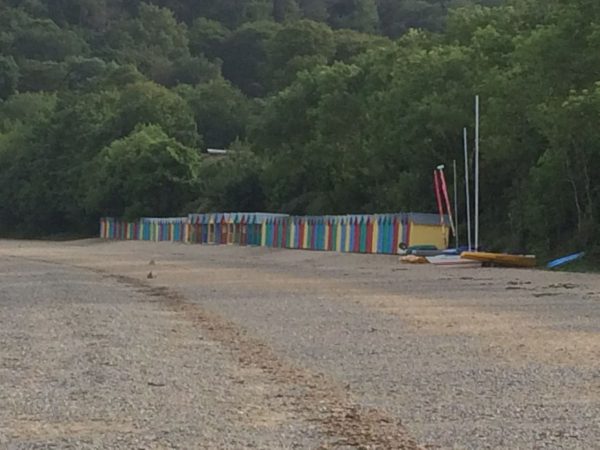 We wander along the seashore enjoying the breeze and tranquility, after a mile we reach the rocky out crop of Carreg y Defaid and turn to meander back. 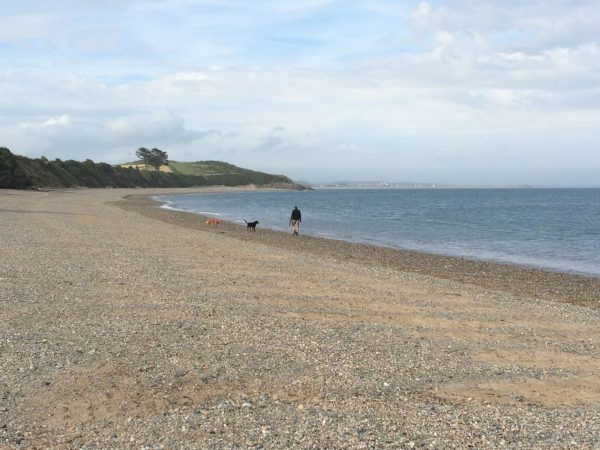 Reaching the westerly end of the beach we look at the cottages tucked tight under the cliff. They must be interesting to inhabit on a stormy night. 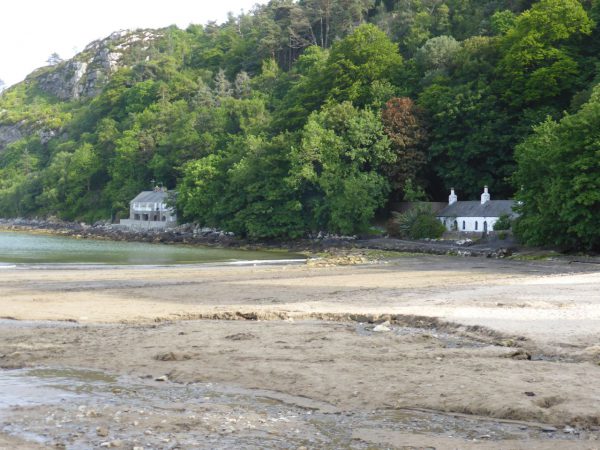 As we chat and survey the scenery we spot something glinting high on the hill above the cottages and decide to explore. 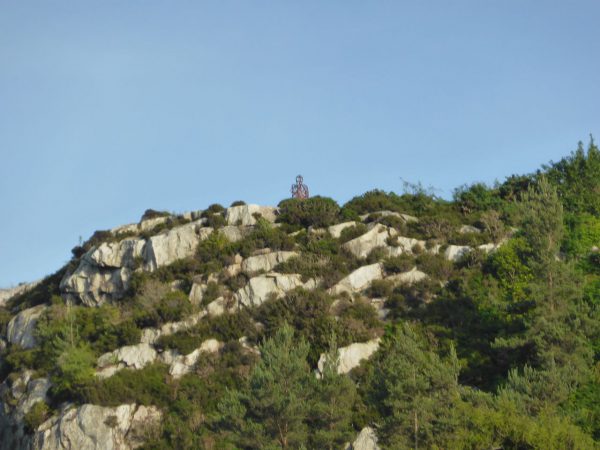 Passing the cottages we reach steps heading up, and they do head up and up and up. Work has been done to replace some of the steps and the adjoining handrail but it still requires a cautious approach. At the top of the steps the path follows close to the cliff edge. Far too close for a Freddy, so I find a pleasant spot to sit and admire the view whilst Lynnie continues to the top. 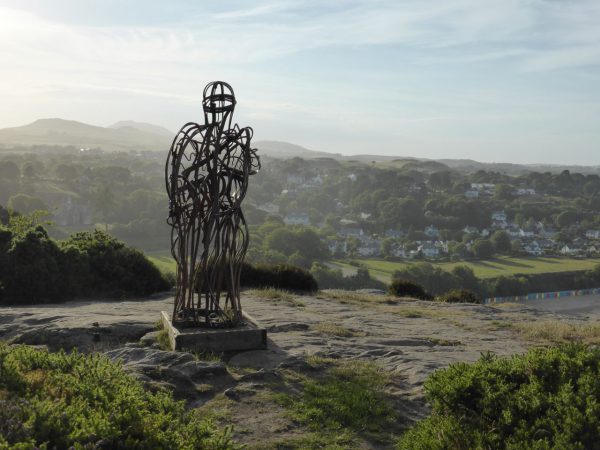 What we had seen was the Iron Man or Tin Man of Llanbedrog. Standing there today is the third sculpture, the original wooden man was a figurehead from a ship, placed there in 1919 by Solomon Andrews, a wealthy Cardiff businessman. When burnt by vandals the village decided to replace it with another, designed by Simon van de Put a ‘local’ artist/sculptor living in Llanbedrog the work was completed in March 1980. Due to the materials used and the untreated surface, the ‘Iron Man’, as was expected, gradually decayed until all that was left were his boots.

The third Iron Man, that Lynnie sees close up, was designed by Berwyn Jones and created by two local craftsmen David and Hugh Jones. It was placed in position on 1st June 2002.

On her return Lynnie tells me of the cracking views from the top, little chance of me seeing them, if I had managed to get up there I would have had my eyes closed! 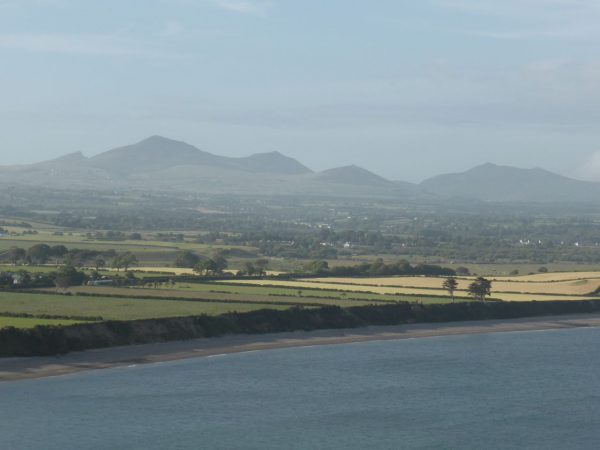 We descend cautiously back down the steps and are soon on the beach and at sea level, I feel a lot more comfortable. We agree it must be time to head back to the Unicorn for some refreshments.