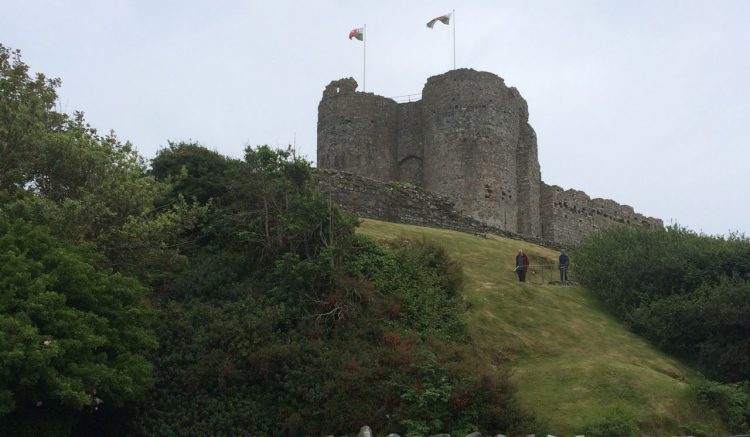 The next destination on our list of recommended places to visit, as told by my tourist guide, also known as Povey Butchers in Chwilog, is the neighbouring village of Llanystumdwy. This is just a few miles east and for many it would be tempting to hop in the car and drive. However, we, or more accurately I, have decided that we need to do some walking today. So we head off on foot leaving Swn Y Mor down the now familiar lane that runs to the side of the site.

Our route follows east along the Llyn Coastal Path, no doubt this conjures up visions of rolling coastline and sandy beaches, but the reality is a pavement alongside the A497. It is not unpleasant walking and it gives us a chance to spot things that folk whizzing by in their cars would miss, for instance the Old Toll Gate House at the junction of the A497 and B4354. 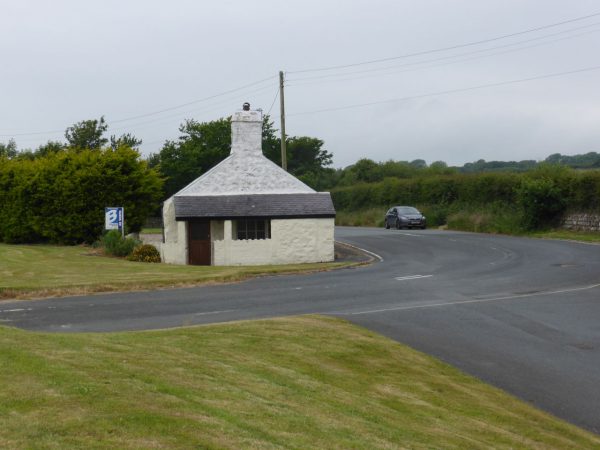 After about a mile we turn left along the road signposted to Llanystumdwy passing the Camping and Caravan site and wandering into the village by the solid looking Church of St John the Baptist. 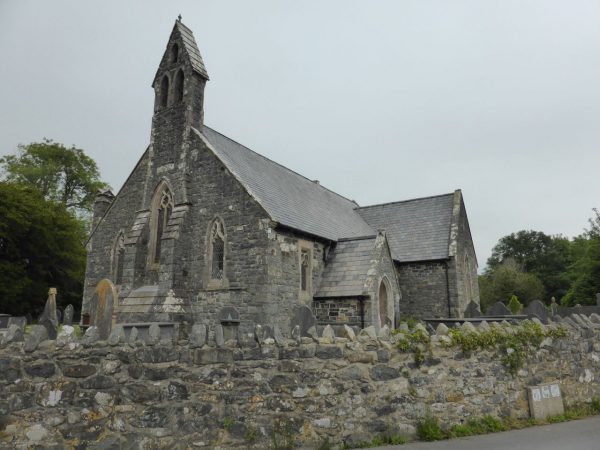 We cross the Afon Dwyfor on a cracking old bridge and then turn left up a lane that runs beside the river. A few hundred yards up the hill is the spot that brings many people to this pretty little village. It is the grave of David Lloyd George, considered one of the great reforming British chancellors of the 20th century and prime minister from 1916 to 1922. 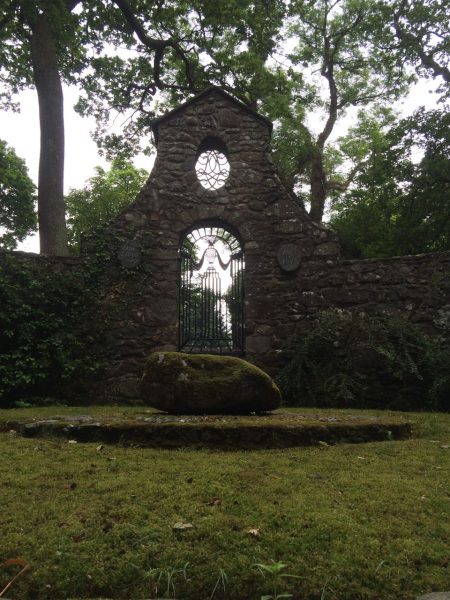 He was born in Manchester on 17 January 1863, son of a schoolmaster. After his father’s death, when he was young, his mother took him to Wales. He became a lifelong welsh nationalist and was elected Liberal MP for Caernarvon in 1890, a seat he held until 1945.

In 1908 he became Chancellor of the Exchequer in the government of Herbert Asquith. His 1909 budget is known as the ‘people’s budget’ because it provided for social insurance partly financed by land and income taxes. The House of Lords rejected this budget, leading directly to the Parliament Act of 1911 by which the Lords lost their power of veto.

In 1915 he was appointed Minister of Munitions in Asquith’s wartime coalition government and later became Secretary of State for War. He was increasingly critical of Asquith and in December 1916, with the support of the Conservative and Labour leaders, he replaced him as prime minister.

In 1921 he secured the settlement that established the Irish Free State. In the summer of 1922, Lloyd George was involved in a scandal involving the selling of knighthoods and peerages, of course such a thing would not happen today! Later that year he resigned as PM. In 1944 he was made Earl Lloyd George of Dwyfor. He died on 26 March 1945 at Ty Newydd, Llanystumdwy, Wales.

Interesting as this former statesman was, we need to press on. 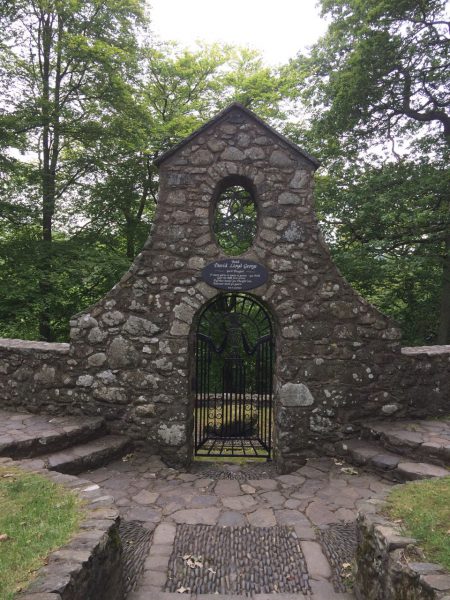 We resume our walk by heading back down hill and on reaching the road follow the footpath directly opposite. Soon at the A497, we cross and follow the coastal path heading towards Aberkin and then on to meet the Afon Dwyfor to walk along it’s banks to the sea. 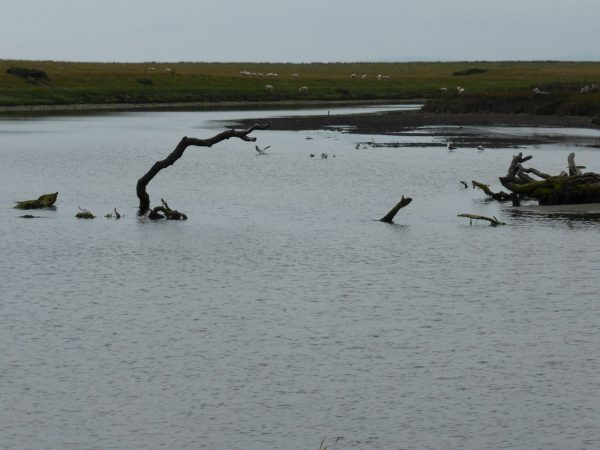 On finally reaching the beach we find a lunch spot on some large boulders and enjoy the view of Criccieth Castle in the distance. 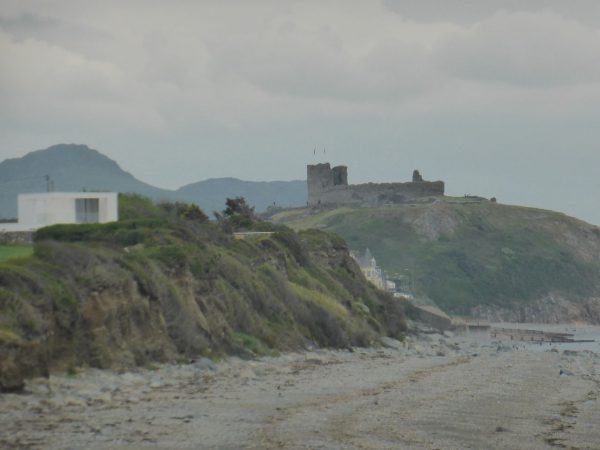 Walking along the beach we spot a grey seal, very close to the shore. He keeps a close eye on the dogs, but we get the feeling that he is almost tame. 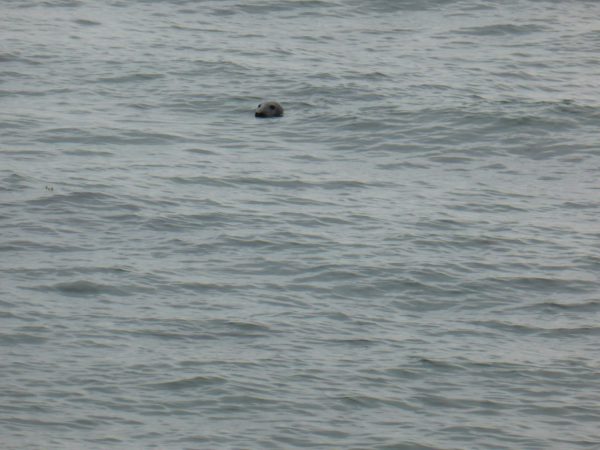 Soon after we opt to leave the beach and join the coastal path, drawing ever closer to Criccieth Castle. 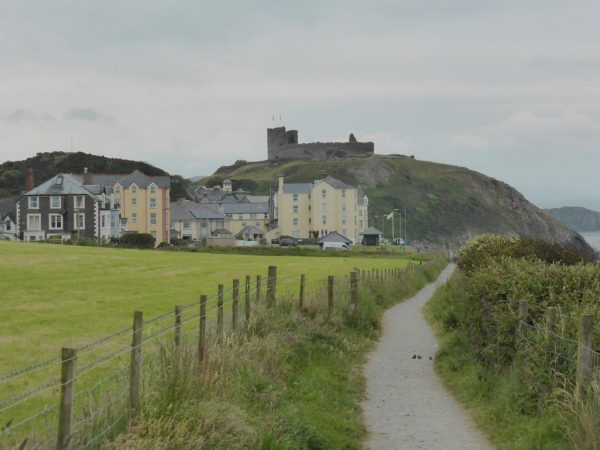 We enter the town in front of the seafront guesthouses and walk beneath the castle. This is an impressive site standing high on the rocky outcrop, no wonder Llwelyn the Great chose this spot for his fortress in the 1230’s, however, Edward I captured it in 1283. 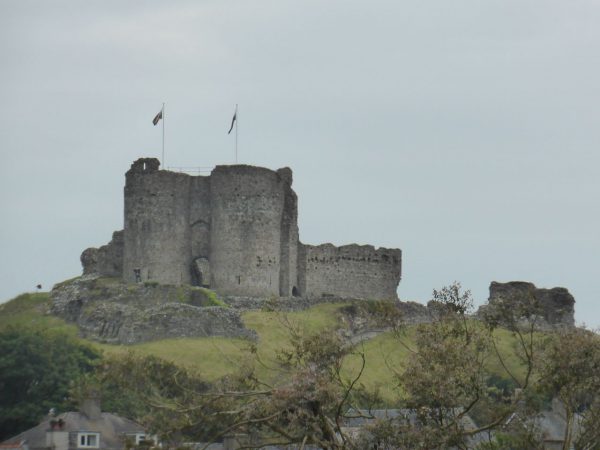 Like many Welsh castles it changed hands frequently between the Welsh and the English. These skirmishes continued for centuries, and it is reported that in 1404 during the rebellion of Owain Glyndwr the welsh forces set the castle alight.

We wander around the town and soon come to the Lifeboat Station. Yesterday we were looking at the new Lifeboat Station in Porth Dinllaen, today’s station dates back to 1893 and it is a fine old building. 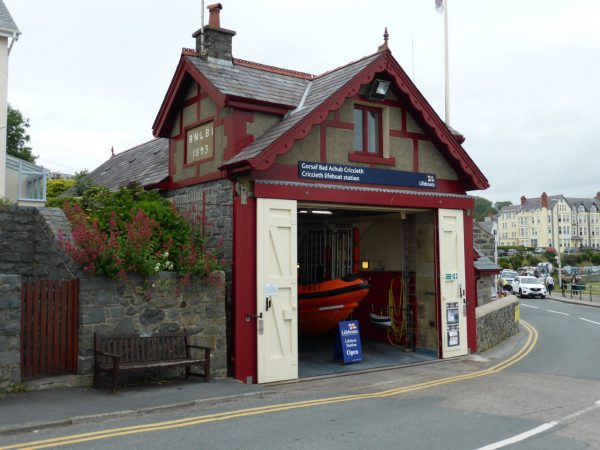 After exploring a few town lanes we are back at the main A497. We head west along this until we reach Lon Fel turning right up this lane and going up hill to a junction. Here we turn left and follow the lane for just over a mile and a half back to Llanystumdwy, along the way spotting a few odd sights by the road side and then retrace our steps back to the van. 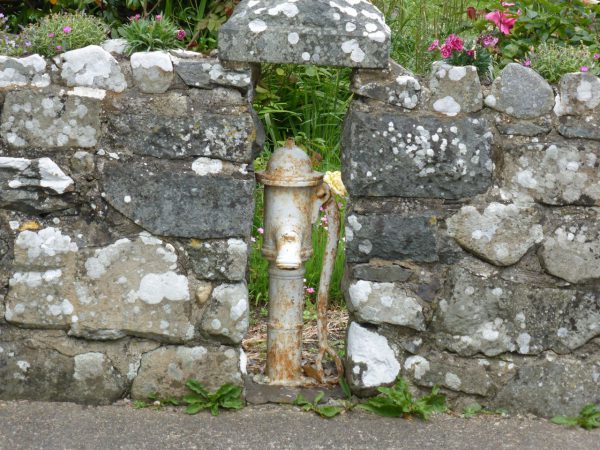