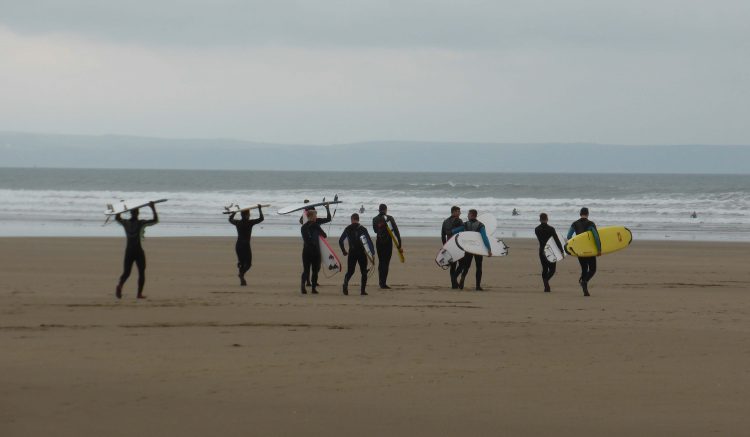 There are a few minor challenges to our new lifestyle, obviously the space we occupy is significantly smaller than being at home. Whilst the facilities in the van are good there is a limit to the amount of hot water that you can get in the shower, so there is no hanging about and we both miss the luxury of just being able to stand in the shower knowing that it will not suddenly run cold.

The other difficulty is managing the washing. At home the machine gets loaded and attention can turn elsewhere. Whereas in the Unicorn it is hand washing, which takes time. Today we need to catch up, the forecast is good and we need to make the most of the sun to dry our clothes!

Chores complete we are ready to leave. Finally I have Crosby jumping into the back of the car, it has taken a month of training, putting his breakfast in the boot he has got the hang of it. The only problem is that Dexter now refuses to get out of the car until he has been given a biscuit!

We drive around the Taw Estuary to Braunton and park at Velator Quay. The quay opened in 1870 and was built to serve Braunton and involved the draining of the local salt marshes and the straightening of the Braunton Pill. The original plans to create a canal never came to fruition. We walk parallel to Braunton Pill on the Tarka Trail soon joining the footpath alongside Boundary Drain.

Our route takes us through a number of fields with ewes and lambs, a great opportunity for Lynnie to take pictures! Dexter and Crosby have also developed a taste for sheep droppings, this is a delicacy that they have not experienced on our walks back in Pitton. 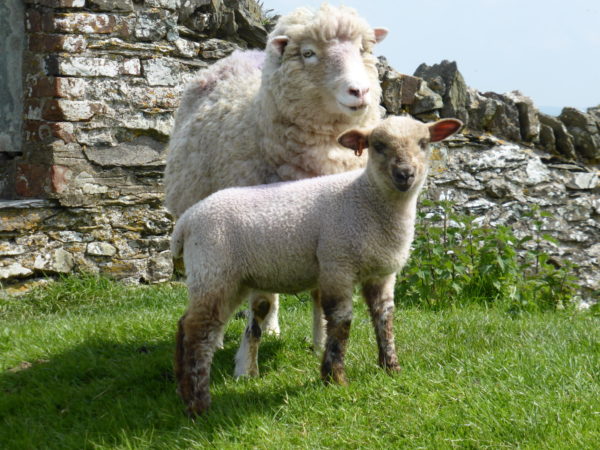 By Crow Beach House we sit on the rocks beside the estuary and picnic. The tide is out and the estuary is only a relatively small stream within an expanse of sand and mud. Refreshed we return to the Tarka Trail and follow the path to Braunton Burrows. I have seen sand dunes in the past but I have never encountered anything like this. Apparently the Burrows are the largest sand dune system in England and house over 400 vascular plant species. 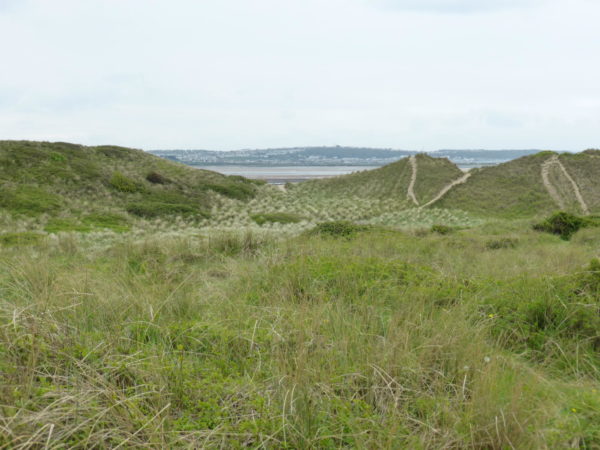 The Burrows are also a military training ground, this emanates from 1943 when the Americans needed somewhere to train for their assault on the Normandy beaches. Over five hundred Nissen huts were erected to house the 4250 stationed in the area. Today we are almost alone and it is difficult to imagine the scene just over seventy years ago. During the war Lyn’s Uncle Len was stationed in this area and worked on maintaining the DUKWs the six wheel drive amphibious vehicles used in the Normandy landing. This was when he met Lyn’s mother’s sister, Doris, Auntie Dot.

We walk down to the beach, we are alone with a huge expanse of sand. A couple of times a year the beach is cordoned off and used as an airstrip for military transport planes to practice beach landings. It must be amazing to see an RAF C 130 Hercules, a big plane by any standard, land on the beach.

Crosby is very excited by the sand and soon has Dexter running around with him. Then they both remember the delights of seafood. First it is Crosby looking for shells and crabs, then Dexter’s nose goes up and he turns deaf. He sets off at a determined pace and to his delight finds a dead fish to roll on. Just what we need! 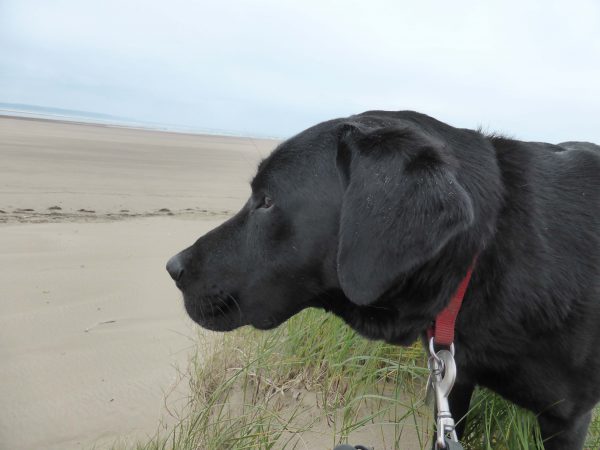 Further along the beach we return to the dunes. We stop to finish our sandwiches and admire the view. Unusually I have put a pair of binoculars in the rucksack and Lyn decides to scan the horizon. I ask her what an object is in the distance, apparently even through the binoculars it is too small to see. I query this and then Lyn discovers that she has the binoculars the wrong way round!

Back in the Burrows it is time to concentrate, it would be easy to lose your bearings and end up wandering around in circles. Without drama we find the correct way out and rejoin the beach to walk the final stretch to Saunton. The tide is coming in and the surfs up. 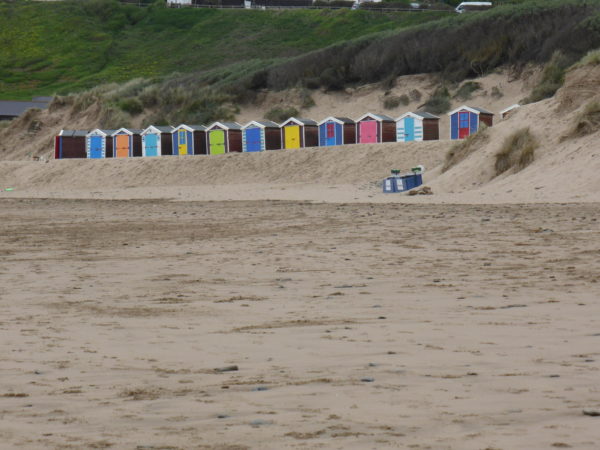 As we get closer to the beach there is a constant stream of surfers heading to the water. This causes Crosby great concern. He has not encountered a surfboard previously and feels they warrant a stiff warning to keep a reasonable distance from him.

Leaving the beach and back on the footpath we pass the Chapel of St Anne’s church. A delightfully small church, originally intended as the chancel of a larger place of worship that was never completed. The chapel is locked so on we go, soon reaching the path that takes us alongside and then across the Saunton Golf Club course. Another course I will visit at a later date. 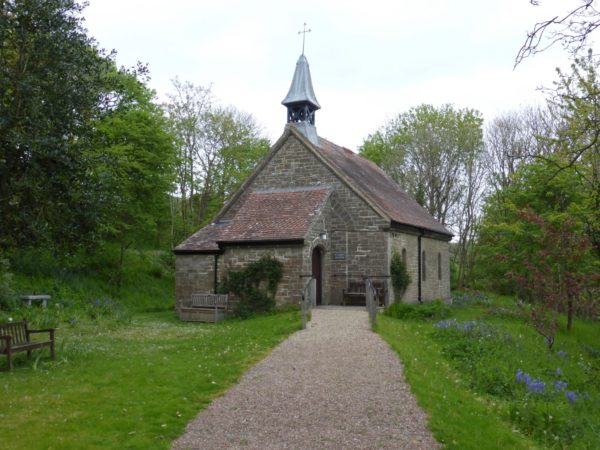 Our path then meets Sandy Lane and we turn left and follow the road, soon turning right to join the lane that leads us back to the car. We have walked twelve miles. The time is just right to call at the New Inn for a pint of Doombar, Lyn is even allowed to have a sip to see if she likes it, she does so she has a half. Now that’s what I call pampering a girl.