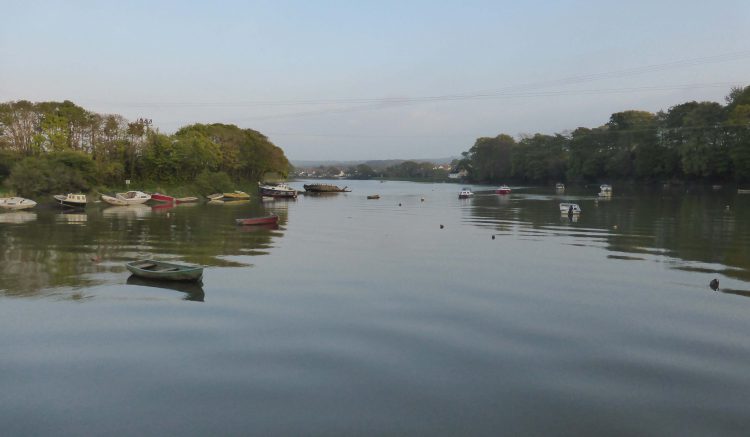 After a day back in Salisbury on Monday for a couple of appointments we awake on Tuesday morning to rain. We know that we are going to get rain on our travels, but the least welcome time to hear the pitter-patter on the Unicorn roof is when we wake on a moving day.

Lyn packs inside whilst I take the dogs for a quick walk. Then it is time to re-engage our relationship with the awning. After the heavy winds of last week the awning and I have developed a mutual understanding. I recognise that it has a mind of its own and may occasionally wish to misbehave, it realises that the security offered by being closely associated with us and the Unicorn prevents it from disaster. Albeit not liking the pegs that hamper it’s expression of individuality. All in all it’s a bit like a parent and child relationship.

This morning after the dousing of rain the awning is heavy and behaving like an awkward teenager. But after a bit of gentle persuasion, and the promise of sun when we get to Devon later in the day, it succumbs to my encouraging words.

All packed up, we head west towards the sun. The site we are making for is on the north Devon coast, when I booked it back in January I had a lovely conversation with the site owner. We discussed the awful weather and she promised that by the time we arrived at her farm the sun would be shining. She was absolutely spot on. During our journey we had passed Exeter the home of the Met Office, with all their computers and satellites they are unable to get the weather forecast right more than an hour or two in advance. Perhaps all they need to do is pay the price of a phone call and have a chat with May in North Devon, she knows what the weather is going to be like three months in advance! 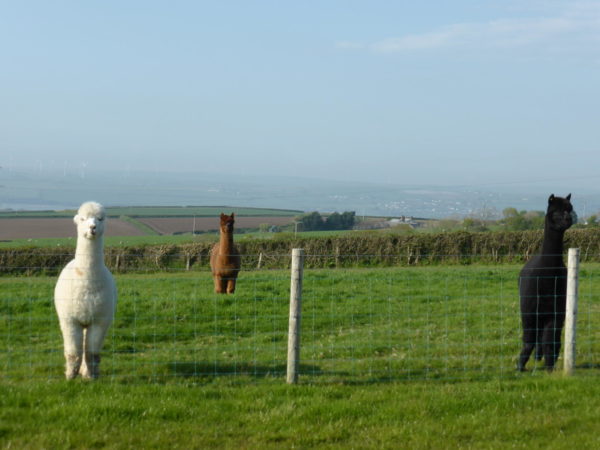 All pitched we decide to take a stroll in the spring evening sunshine. We soon find ourselves in Fremington, outside the New Inn. This is a pub we know of old, Lyn’s Uncle Derrick lives in Bideford and we have visited with him on a couple of occasions. I suggest we sample some ale, but apparently we have not walked far enough to warrant one.

We take the footpath opposite the pub and soon find ourselves overlooking the estuary of the Fremington Pill, not high tide but enough water to keep most of the boats afloat. 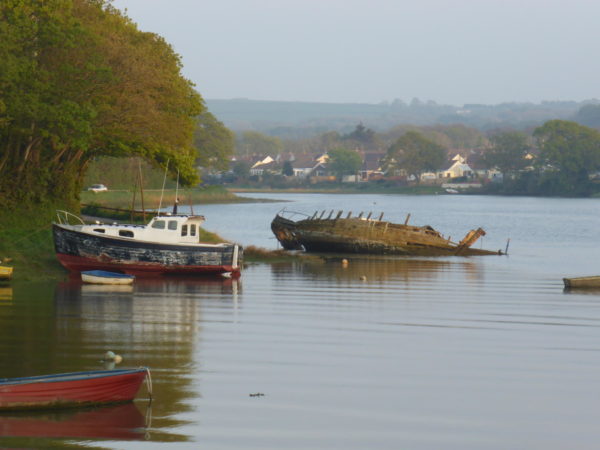 Our path takes us onto the Tarka Trail and a footbridge that takes us to Fremington Quay. Here we see the vast expanse of the Taw Estuary.  Fremington has unusual glacial deposits and two patches of boulder clay lie over the parish’s bedrock. Fremington Quay was once a substantial operation. It had railway sidings and cranes for the export of ball clay and the import of coal. In the evening sunlight with hardly a soul around it is difficult to believe that this was once the busiest port, in terms of tonnage, between Bristol and Lands End. 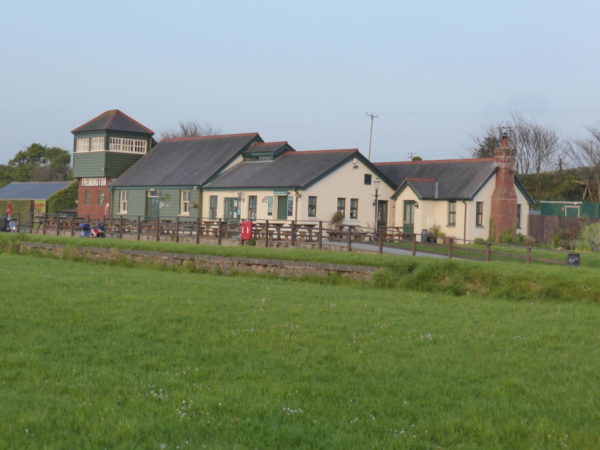 Our wander takes us back by the New Inn, I had learnt from the earlier refusal. As we approached the door I gave Dexter a bit of slack on his lead and the next thing I knew he was firmly established in front of the bar. Of course Crobsy and I had to follow and a few steps behind was Lyn.

In a pub my drinking habits are simple, ask what is the most popular pint with the locals and have one. Lyn likes cider, you might have thought that the years we lived in Taunton seeing the apple drinkers would have influenced her. The beer of choice was Sharp’s Doombar, and it was excellent.

I made the mistake of saying how good the Doombar was as I was coming to the end of my second and final pint. Lynnie requested that she had a taste. We have been together for over thirty years and you would have thought that by now she would have known such a radical suggestion as sampling the final quarter of my pint would get an unequivocal ‘you must be joking’ as a response.

Our first day in Devon ends with Lynnie sporting a long face as a result of a bad back, lack of ice cream and no Doombar. I will have to ensure she is pampered tomorrow! 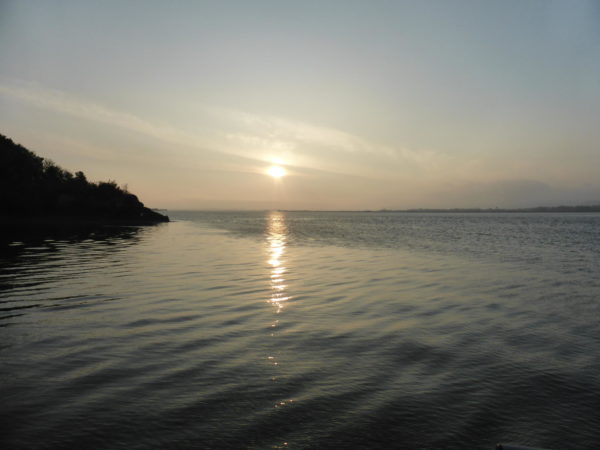