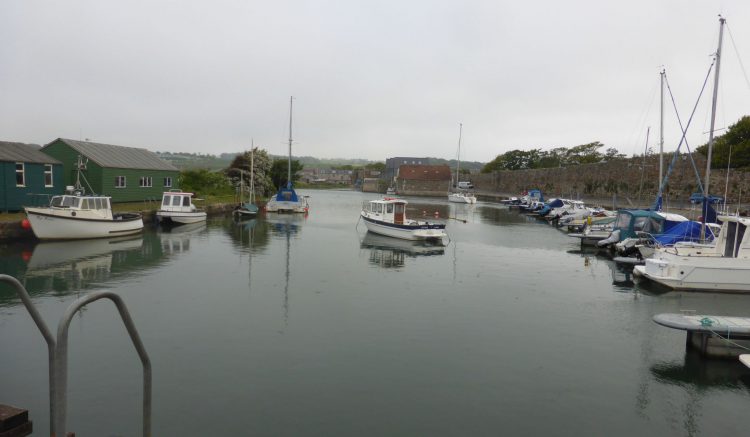 Today Lynnie has plans to visit The Glasgow Boys Art Exhibition in St Andrews so I drop her off and then concentrate on work.  Late afternoon we head for West Sands so the boys can have a good run around.  A sea mist has rolled in making it a cool evening with hardly a soul on the beach.

We decide to take a wander around St Andrews before heading back to our site.  The weather has clearly put people off, the place is deserted. I like wandering around towns in the evening, I am not a fan of busy streets, when it is quiet you can stop to look at buildings without causing a jam.  Most people seem to wander around window shopping, I prefer to look above the shop fronts at the old buildings that give towns and cities their character. 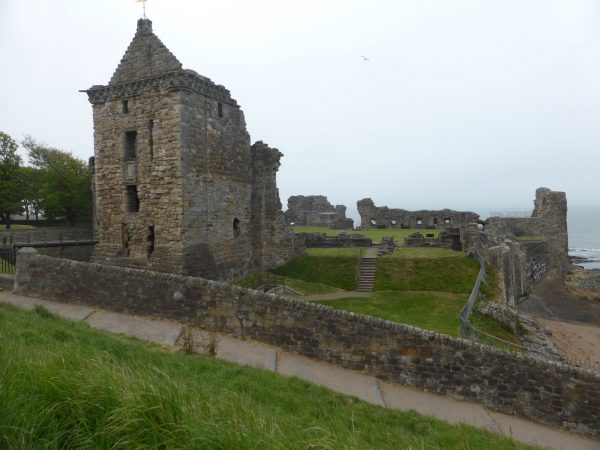 There are plenty of places of interest in this cracking city, we wander about a bit and then our attention is grabbed by a plaque to George Wishart outside of the ruins of St Andrews Castle.  It transpires that George was a powerful preacher.  Cardinal Beaton took a dislike to him and incarcerated him in the Sea Tower of St Andrews Castle.  He was then condemned to death for heresy and burnt on a stake on 1st March 1546 (he was just thirty-three years old).  In the road a few paces away is the lettering GW marking the place where he died (and presumably a few tourists have had a brush with death whilst standing in the middle of the road to observe the spot). 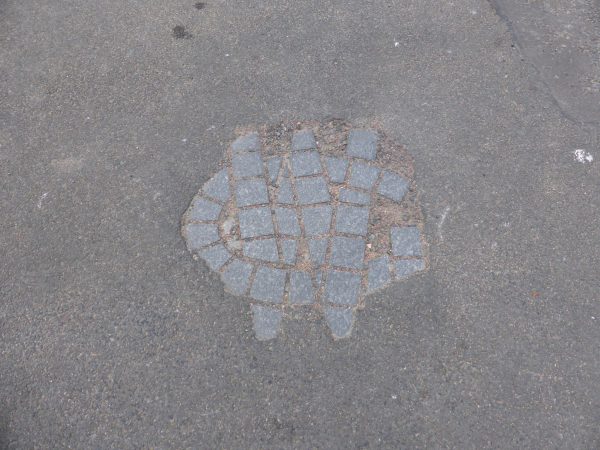 Cardinal Beaton got his comeuppance a few weeks later when he was hung from the battlements by Wishart’s followers who went on to create the first congregation of the protestant church in Scotland.

Our next stop is the harbour, in a city that is dominated by golf, university, cathedral and fine buildings it is easy to overlook the harbour. It’s origins date back to the 14th century, in the 16th century early piers and quays were constructed and then enhanced in the following years with much work done in the 19th and 20th centuries to create the harbour that we now see.  It is a pity that since then planners have allowed the development of unsightly flats close by. 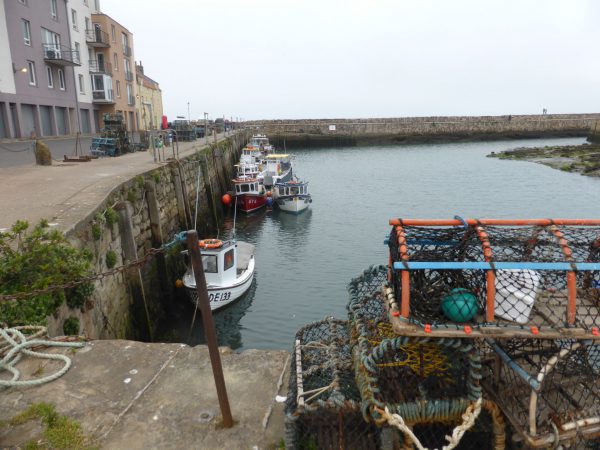 We wander back up the hill to look at the site of the ruined Cathedral of St Andrew.  Originally built in the 12th century this was a Roman Catholic Cathedral that fell into disuse following the Scottish Reformation in the 16th century.  The ruins indicate that this was the largest church ever built in Scotland. 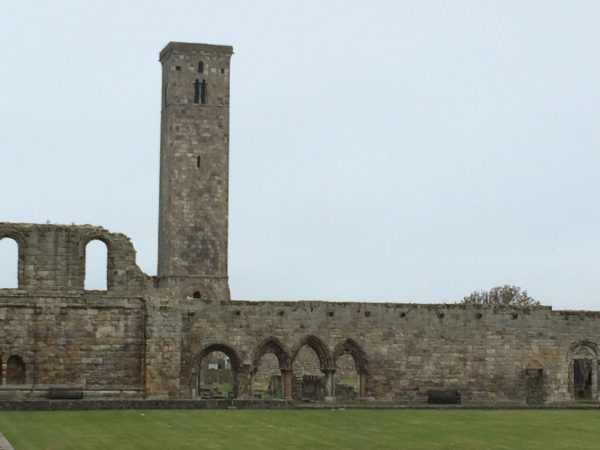 The cathedral site is closed for the evening so we have to be satisfied with taking a few shots through the fencing before meandering through the streets of St Andrews. 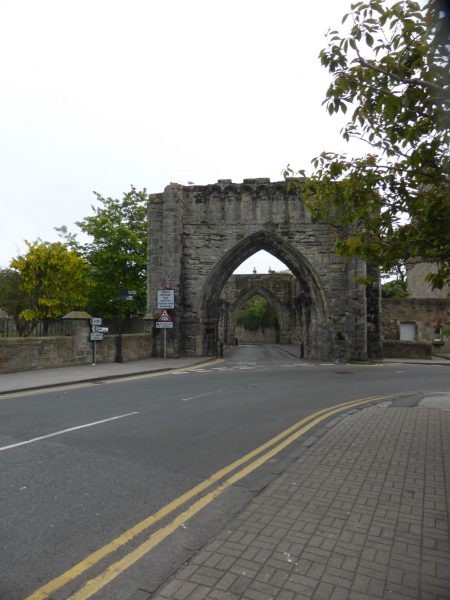 There are plenty of interesting features, on a warmer evening we would linger here, but it is cold and the boys are eager for food so we head back to the Coachman for supper and warmth.  Hopefully the sun will soon reappear! 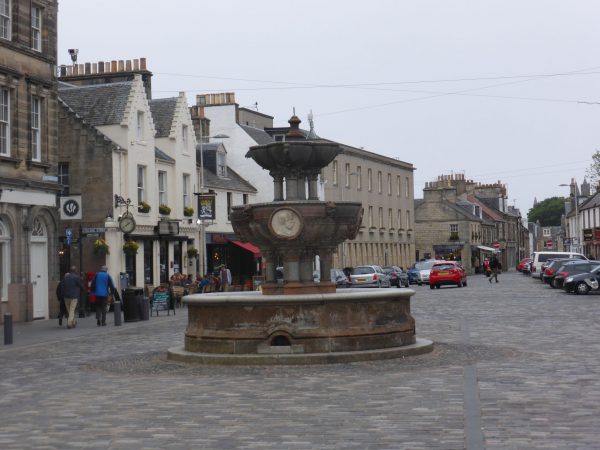