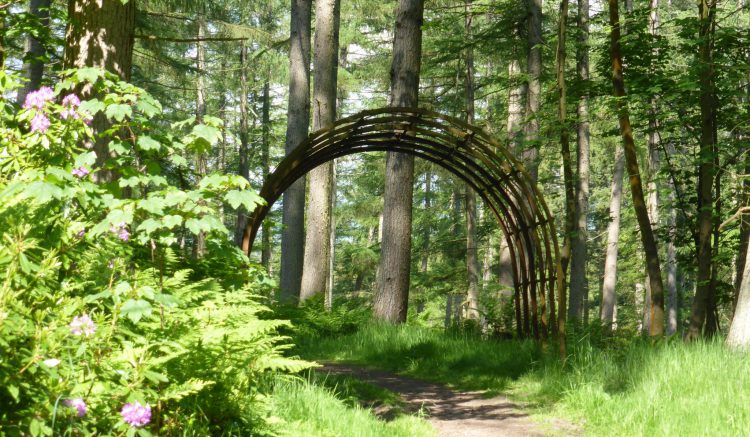 When we visited Falkland a few days ago to walk the Lomond Hills we had a brief wander around the village and Lynnie was struck with the look of Falkland Palace.  Today we return so she can wander around the Palace whilst I take the boys for a short walk.

The Palace is built on the site of a 12th century hunting lodge which was expanded and made into a castle in the 13th century.  Between 1501 and 1541 King James IV and King James V developed the castle into a royal palace.  King James V died at the here in December 1542. 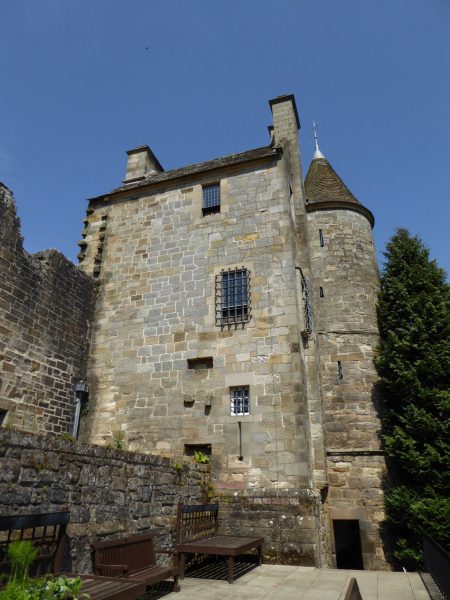 I leave Lynnie at the Palace and head out of the village on the lane towards the House of Falkland.  Along the track I stop at the small café and information centre, the helpful lady tells me that it is an easy enough route, but unfortunately she has run out of leaflets showing the way.   I follow the path besides Mapsie Burn to reach a broad track and follow this towards Westfield, after going through the farmyard I pass through a gate and follow a broad track up to Black Hill.

There are no obvious signs that I am on the right track but I follow this route as it winds its way through the trees.  It is hot and Dexter is not over keen, he is always suspicious when we go walking without Lynnie.  I think he is concerned that Lynnie might be eating ice cream whilst he is not there to share it.

Eventually we reach a clearing and the Tyndall Bruce monument is prominent on the hill.  The monument was built in 1855 by Margaret Tyndall-Bruce to commemorate her husband Onesiphorus. 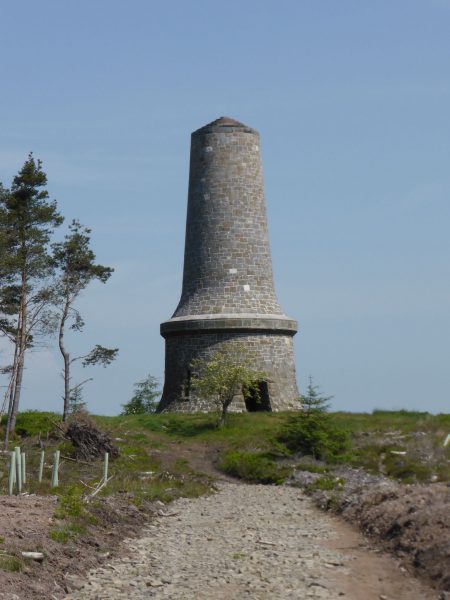 Onesiphorus Tyndall-Bruce (1790 to 1855) was originally just Onesiphorus Tyndall, he was born in Bristol where his family were bankers, merchants and slave-traders.  Educated at Eton and Oxford, he married Margaret Stuart Hamilton Bruce in 1828 and became the Keeper of the Palace.  He is buried besides the parish church which he built. 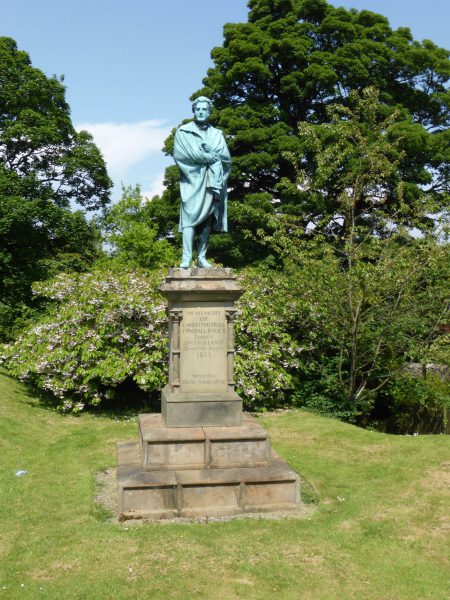 Tyndall-Bruce’s influence is all around Falkland, including the water fountain and his statue. 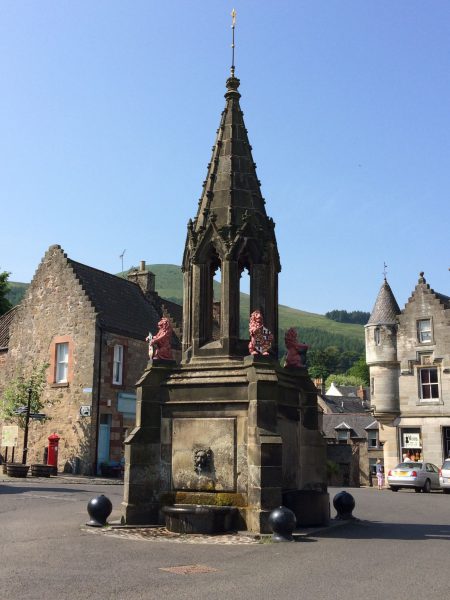 After looking around and stopping for a breather I head back to retrace my steps to Falkland.  After a while I bump into a local walking his dog and as we chat he tells me that there is an interesting route back to Falkland via a path on the left a bit further down the hill.  I follow his instructions and then go downhill through the trees, close to the bottom I turn right through a rusty metal arch and follow the path until it reaches a tree lined track heading back towards the House of Falkland.  I stop for another chat with the lady in the information centre and she provides the dogs with fresh water to quench their thirst.

I return to the village to meet Lynnie so that we can head off for our main walk of the day. 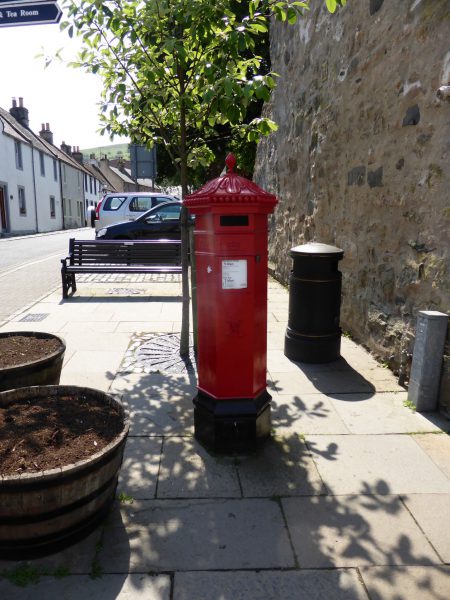 This little jaunt has covered almost four miles and has been an interesting walk.