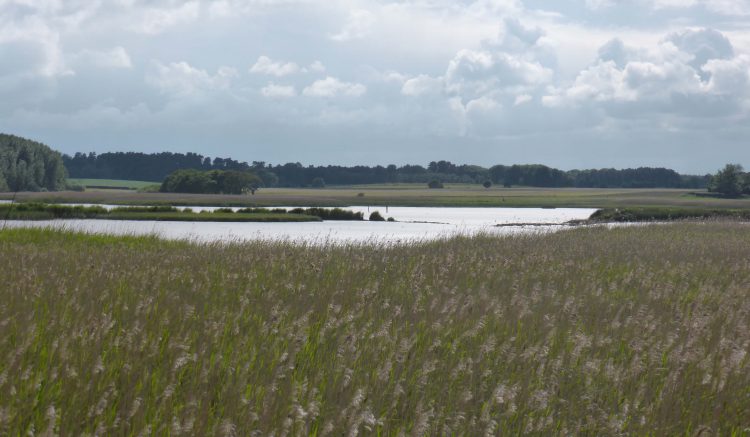 After a quiet morning, which involved a trip to the local farm shop and a general catch up around the Unicorn it is time for an afternoon walk. Personally I consider it a bonus if we can walk from the site rather than driving to a starting point for a walk.

Today we head off on foot leaving the site and after joining Snape Road we soon turn right onto the Sandlings Way heading towards Friston. Near the village we take the track to Church Farm and walk through the village, turning left to take the footpath in front of the church we pass the playing field and turn right and continue straight on at the crossroads. 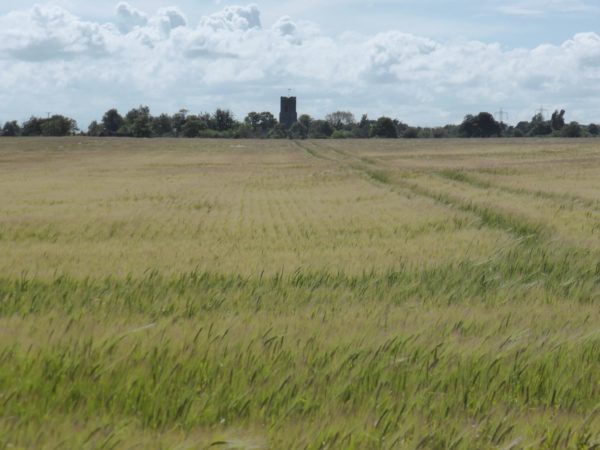 Our route takes us to Friston Windmill, erected in 1812. Standing at fifty feet high it is the tallest surviving post mill in the country. Originally it had four sails and was winded by a fantail. In the past the survival of the mill was threatened. A pair of sails were removed in 1943 and not replaced due to the shortage of timber, so it worked on two sails until 1956 and then diesel engine until 1964. In 1965 permission was given to demolish the mill, but changes in planning laws meant that permission had to be re-sought in 1968, on that occasion it was decided to preserve the mill. It was due to be taken to the East Anglian Rural Life Museum in Stowmarket but local fundraising kept it in the village. In 2004 a steel framework was erected to allow work on the body of the mill, the frame still remains and to my untrained eye the mill looks in need of serious renovation, but it is still an impressive building. 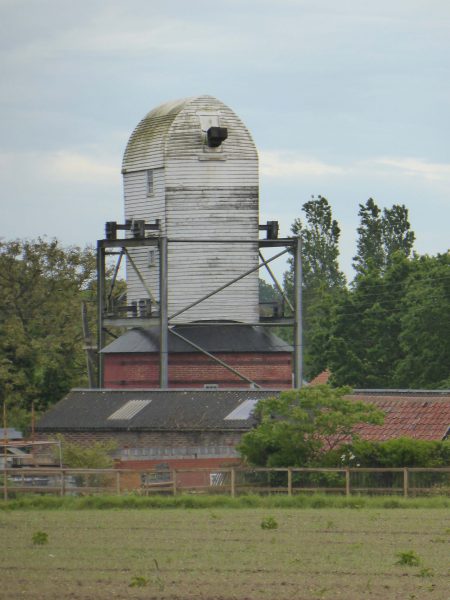 Having looked at the windmill our journey resumes along the Sandlings Way passing Friston Hall before turning left at a crossroads of footpaths. Everywhere we have walked there have been Skylarks, usually so high in the sky they are barely visible, we always check how high they are. Today the skylark is only twenty or thirty feet up. According to Joe Grundy in the ‘Archers’ this is a harbinger for bad weather.

Onwards we stride, over the road by The Priory and passing Rookery Farm. Our route then enters Snape Warren before turning right onto the embankment separating the River Alde from the marshes. We come to a halt. 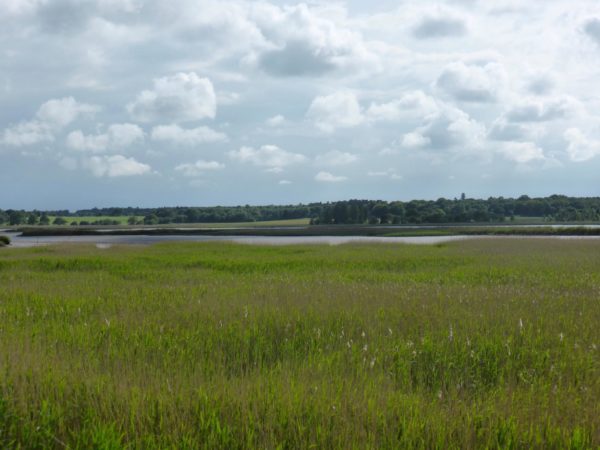 Usually when we stop on a walk it is to observe something, but today it is to stop, listen and take in the atmosphere. It is incredible. The sound of the wind blowing through the reeds punctuated by bird song and the scenery is breathtaking. We stand and listen. It is truly incredible. As we continue Lynnie says, “That was magical Fred”, we have been married for over thirty years and this is the first time I have heard her utter those words!

We cross Snape Bridge and go into Snape Maltings. As their name suggests the Maltings were built in the 1800’s to malt barley for use in beer brewing. From Snape the malt was transported to London and Europe on Thames barges. The industrial use of the Maltings ended in the 1960’s. At the same time Aldeburgh Music Festival was looking for a new venue. Benjamin Britten, the driving force behind the festival, had the vision to see the potential of the Maltings and the Concert Hall was opened by the Queen in the 1967. There are now four performing venues on the site with seating capacities ranging from 70 to 830. 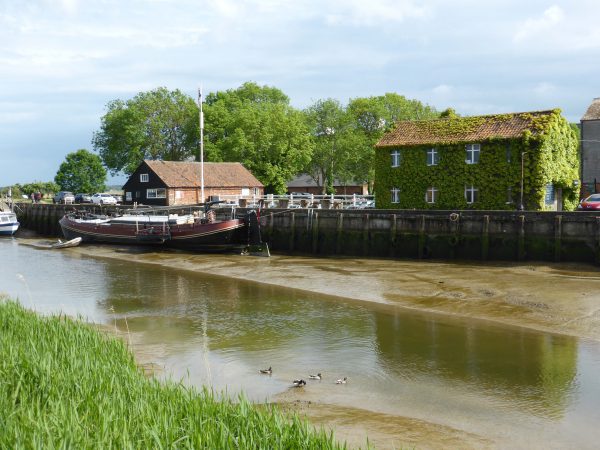 The Maltings is also home to a number of arts and crafts shops, plus a pub. Currently homes converted from the old industrial buildings are being sold. Lyn takes a peek inside only to describe them as a bit cramped. Now that is saying something coming from a girl that has spent the last eight weeks living in a caravan with me and two dogs!

Outside I observe that the sky has turned black “over Will’s’, now that is definitely a harbinger and within a few minutes it is pouring with rain. Waterproof jackets on we decide to walk through Snape village and pick up the Sandlings Way to join the route that we travelled earlier in the opposite direction. 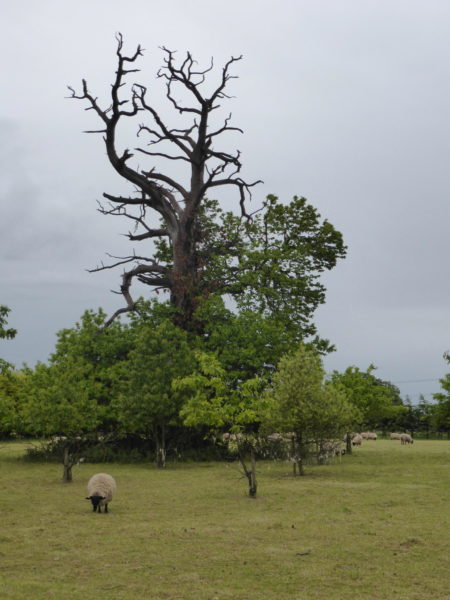 As we walk through Friston I spot the bowling green, it consists of five rinks and is undulating in parts, but it is obviously used and cared for.

After a round trip of just over eleven miles we arrive back at the Unicorn for a refreshing cup of tea.

Those of you that have been following this blog for a while will know that everyday of our travels brings a new experience, there is always something around the corner that we have not previously seen, or an engaging conversation with a stranger. Some will last in the memory, others, if not recorded in this blog, will be forgotten. But in years to come one memory that will not fade is standing and listening as we looked over the River Alde at Snape. That was truly magical. 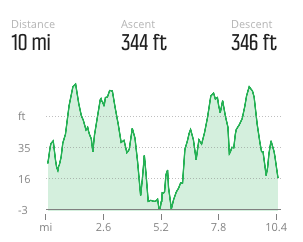