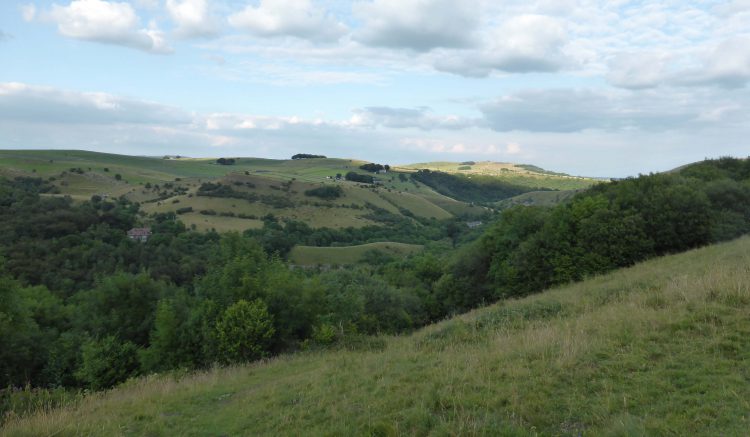 We decide it is a day to walk from the site. Blackwell Hall CL has a footpath running alongside it leading down to the Monsal Trail. So late afternoon we set off with the boys on this route.

From the site we go through Blackwell Hall farmyard, along the track, through a couple of gates and a field of young bears before descending steeply, beneath us is the long Chee Tor tunnel. At a junction of paths we turn right soon joining the Monsal Trail not far from the tunnel entrance. 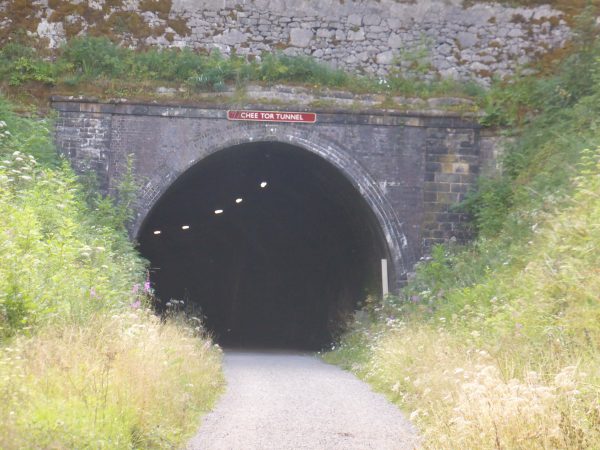 We turn left on the trail, towards Bakewell and soon cross a very high bridge with warnings that bungee jumpers need a license to operate from there. Lynnie ventures close to the edge to get a view of the River Wye well below us.

Just a short distance along on our left is a large disused lime kiln. The information board tells us that this structure was built in 1880 and operated until 1944, producing 50 tonnes of quicklime a day. The intensity of the heat from the kiln must have been overwhelming. 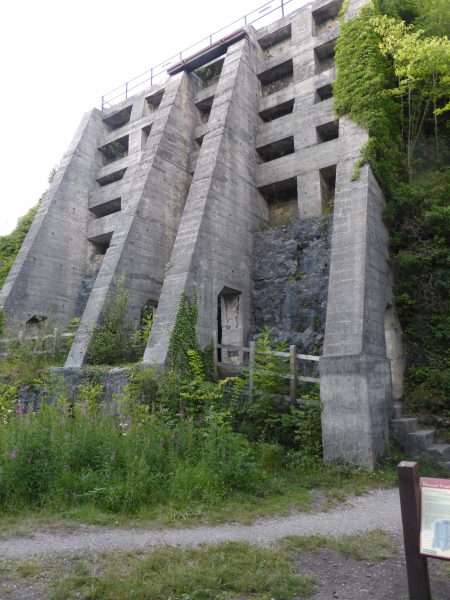 We continue along the trail sharing the route with the occasional cyclist. This must have been a stunning rail route, there are fantastic views to either side and some of the cuttings and bridges are dramatic.

The trail runs for 8.5 miles along the track bed of the old Manchester, Buxton, Matlock and Midlands Junction railway. It was built in 1863 by the Midland Railway to link Manchester to London. The line was closed in 1968 by the then Labour Minister for Transport, Barbara Castle. It remained unused for twelve years until taken over by the Peak District National Park. It was then turned into a walking and cycling route between Topley Pike (three miles east of Buxton) and Coombe viaduct (about one mile west of Bakewell).

The train route was along the Wye Valley and because the Duke of Devonshire would not allow it to cross his land the route passes above Bakewell rather than through it. A bit further on at Haddon Hall the Duke of Rutland insisted on a tunnel being built so that he would not see the trains crossing his land. Despite their reluctance for trains traversing their land both Dukes used the services. The Duke of Rutland wanted Bakewell Station to be built on a grand scale and it carries his coat of arms. The Duke of Devonshire, not prepared to board the train at Bakewell, had Hassop station built, this is nearer Bakewell than Hassop and ensured that he did not have to share a station with the Duke of Rutland.

The first station we come to is Millers Dale and soon after we cross the Millers Dale Viaduct, another high bridge! Within a short distance there is another impressive lime kiln on our right.

Millers Dale Limeworks opened in 1878 and produced quick lime for the chemical and steel industries and for agriculture to sweeten the moorland. Work ceased at the kilns in 1930 when the nearby quarry became unstable. The limestone overlies a bed of lava that weathers to a clay and overtime the face started slipping forward. 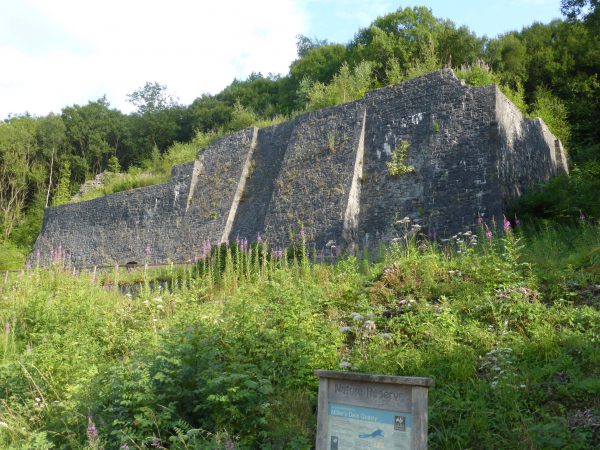 Back on the trail we walk along until we reach a crossroads of paths. A few days ago we turned downhill here to Millers Dale, but today we take a right turn and enter Priestcliffe Lees nature reserve. This is a steep climb up the hill, across grasslands before entering woods and emerging in a field high up.

We follow the footpath that soon becomes a track to Priestcliffe, this is a small hamlet and we continue on through on the road. At a crossroads we turn left and soon get a view back across Blackwell and the caravan site where we are staying. It is a pleasant stroll down the road back to the Unicorn in time to fire up the BBQ.