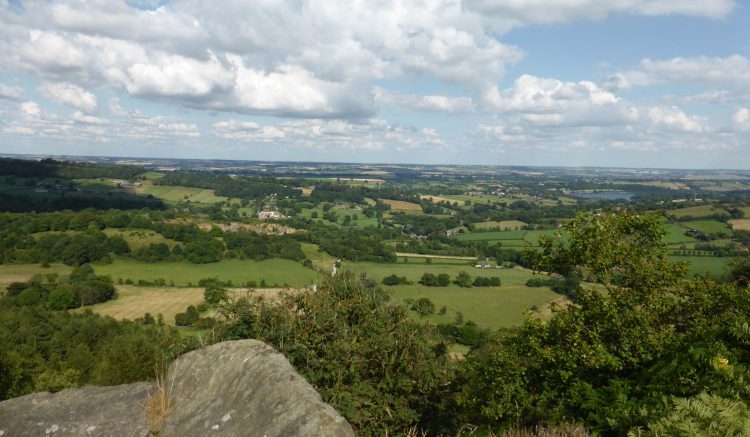 A sunny Sunday finds us in Matlock. Lynnie has identified a walk of around nine miles that fits her criteria of a suitable stroll. We park up alongside Hall Leys Park. This is another one of those cracking Victorian public parks. It opened in 1898 and was refurbished in 2004/05 and is very busy on this sunny day.

On the edge of the park we pass the water park with laughing children enjoying the refreshing spray from various spouts. The small gauge train is awaiting passengers. Once into the park proper we head to the band stand to listen to the brass band for fifteen minutes. 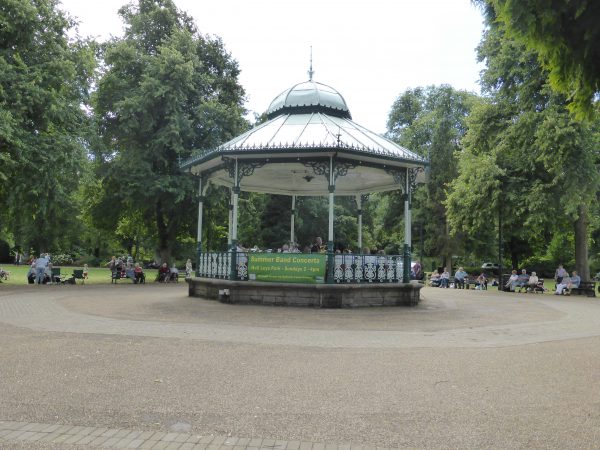 Our walk starts by leaving Matlock on the A615 towards Alfreton after about half a mile we reach a scout hut on our left with a footpath alongside, we take this path and follow it along a well trodden path to Lumsdale. This would have been the route that the mill workers would have taken to get to the mills in the Lumsdale valley.

This is a site of historical importance, in this small stretch of valley there were six mills and it is now the site of six disused waterwheels and three millponds. It has been described as probably the most concentrated evidence of early waterpower in Great Britain. Bone Mill dates back to the 16th Century and was used to grind animal bones for making fertilizer up until the 1920’s. Next there is a sawmill that dates to the 1850’s and is still in use, then comes Paint Mill which as its name suggests was used for grinding barytes for the paint industry. This mill also smelt lead and ground corn and its historical importance is recognised by the preservation work being undertaken by the Arkwright Society.

Another mill was known as Upper Bleach Mill, no surprise that this was used for bleaching. Then comes Garton Mill, the best preserved, and also used for bleaching it continued in use into the 20th Century. It is a really interesting spot, but being a Sunday is busy with visitors so we make a note to return here another midweek day. 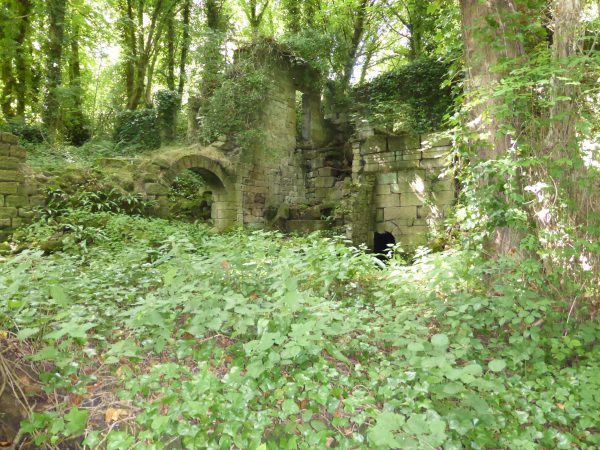 After an ‘S’ bend in the road there is a footpath sign to Tansley via Oaksedge Lane we take this and then a track by some cottages that crosses the millpond dam. We are soon on a rough track alongside old quarries with views down across the valley. Just after Oaksedge Farm the track becomes more of a lane and at a junction we turn left to take a narrow lane climbing a steep hill. At the top the lane takes a sharp right and becomes Foxholes Lane that we follow for just over a mile before turning left into Lant Lane. 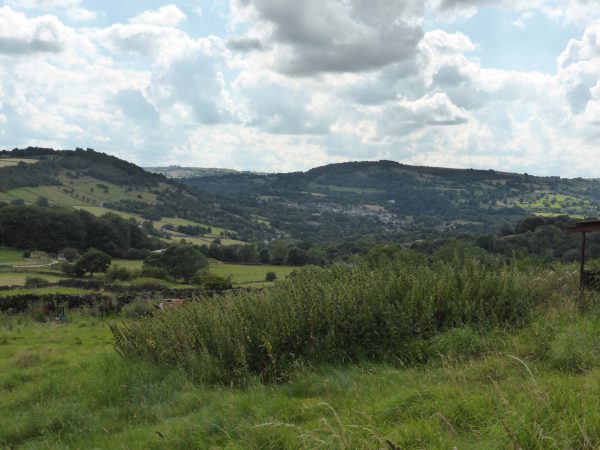 A couple of hundred yards along we take a footpath sign on the right and follow this across a couple of fields to come out on the Holestone Gate road alongside Old Engine Farm. A few yards along we cross to walk along the track taking us around a copse and then over a stile to join the path that leads along the top of Cocking Tor (be careful if you put that location into your Google search).

The wooded path has a steep drop to one side, slightly hidden by the high bracken. I know its there but just can’t see it. Then we follow the path between the heather to the top of the Tor. Fortunately I looked at the pictures of the Tor after I had been up there, had I looked before I would have been on my hands and knees. As it was I felt slightly uncomfortable. Apparently this spot is a popular launch pad for paragliders. My rucksack only contains a waterproof and picnic, neither of much use if I was to go over the edge!

Cautiously we go around the top of the Tor before starting our descent. This is steep and I do mean steep, at times we have to sit down to ensure that we do not lose our footings and there are some big rocks for us and the dogs to clamber over. It is not the most pleasant experience but after a while we are on firmer ground.

So eager am I to get on, I automatically take the footpath to our right without consulting the map or guidebook. This takes us along a rising path overgrown with bracken. On reaching the top we realise that we are just a few hundred yards away from the copse we walked around a bit earlier.

We cross a stile to follow the path over a couple of fields to the road, here we turn left and after three hundred yards pick up the track we should have been on. We are back on route but decide to use the quiet lanes to take us down to Tansley rather than follow the guidebook. It is pleasant walking, with no cars and great views over the dry stone walls.

We walk down the hill into Tansley and ignore the temptation to visit the pub. The garden is busy with lots of children so we pass by and take a footpath on our right leading back to Lumsdale. We then retrace our earlier route back to the car.

It has been a good afternoon stroll, probably nearer eleven miles than the nine as planned, but it still met with Lyn’s approval. 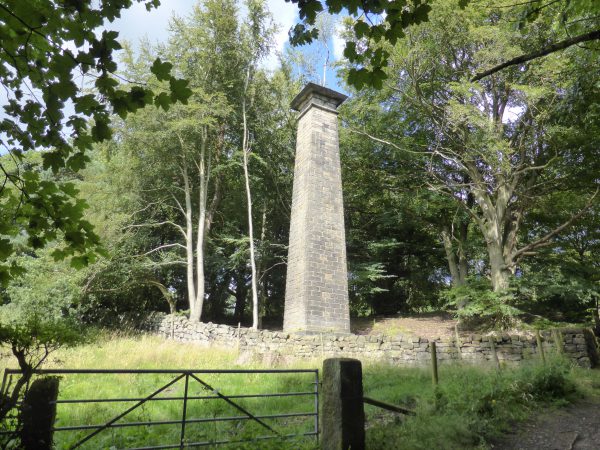