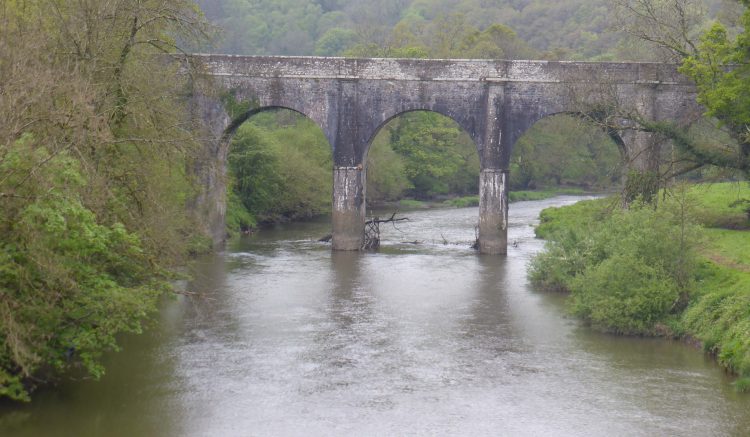 After yesterdays walking marathon Lynnie has requested a short, easy walk with a Hocking’s ice cream included. So far we have walked a fair bit of the Tarka Trail, without making a dent in the whole 180 miles. As the name suggests the trail follows the route taken by Tarka the Otter in Henry Williamson’s 1927 book of the same name. The novel is highly acclaimed but I have not read it, Lynnie has and tells me to add it to my reading list.

Interestingly Williamson and T.E Lawrence (Lawrence of Arabia) were close friends. Lawrence was returning from Bovington Post Office to Clouds House, having just sent a telegram to Williamson, when he was involved in the accident that caused his death. Followers of the blog will recall our walk near Bovington on 19th April 2014.

Today we are walking a section of the trail south of Bideford. We park alongside the Torridge at East the Water and walk along the road in front of the Royal Hotel. As mentioned yesterday this is an interesting building. It was here that Charles Kingsley wrote much of his novel Westward Ho! At one time in it’s varied history it was used as a prison.

A short distance along the trail we reach a memorial stone to three Canadian Airmen who tragically lost their lives when their Wellington Bomber crashed close by on 7th March 1945. The plane took off from RAF Chivinor, on the other side of the River Taw, in good weather conditions, but due to engine problems failed to gain height and crashed.  Further up on the opposite bank is a cracking Limekiln. 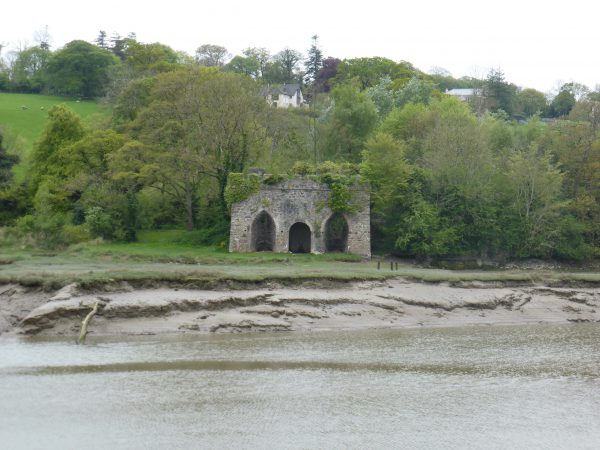 Then we come to the Rolle Canal, also known as the Torrington Canal, built by Lord Rolle the largest landowner in Devon. Construction started in 1823 and it opened in 1827. The canal was unusual because it did not require an Act of Parliament for its construction. Its purpose was to transport limestone and coal into inland kilns for the production of lime to fertilise the land. In the opposite direction it took clay for the Bideford brickworks. The canal did not have locks, but used inclined planes powered by water wheels. 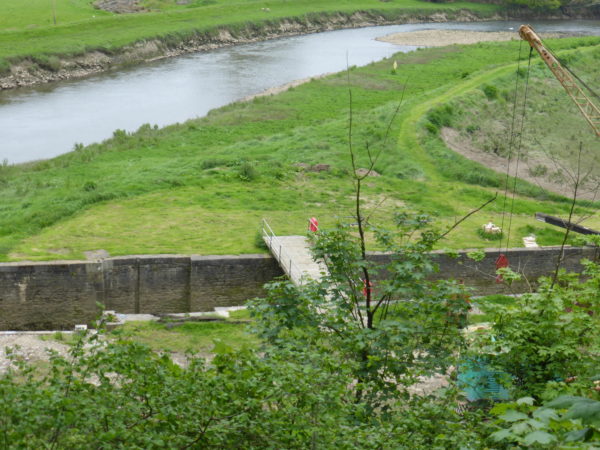 The canal closed in 1871 when sold to the London and South Western Railway, part of the route was used for the track way for the Bideford to Torrington Railway. We stop to look from the viewpoint at the sea lock that is being restored. Later we have a fine view of the Beam Aquaduct that carried the canal over the River Torridge. We turn here to retrace our steps to Bideford. 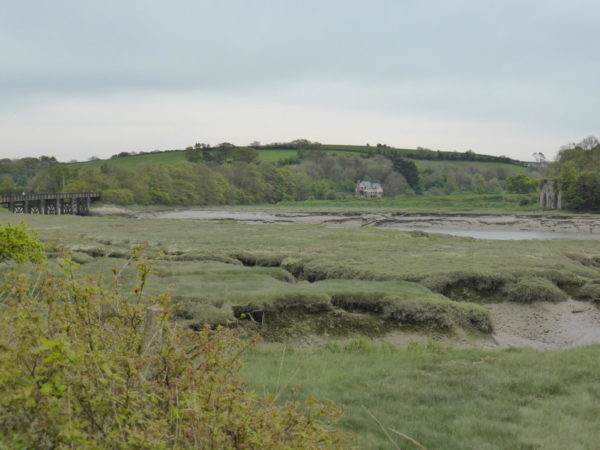 Along the way we take a slight detour to view another section where the canal ran. We walk down to a stone barn, which has recently had the roof replaced. This is thought to be the site where horses on the canal were stabled. It is fenced off and has a padlocked gate, which is a pity because it would have been interesting to view inside. A tranquil setting, spoilt by the overlarge garish blue sign on the back of the stables proudly declaring that this is a National Lottery funded project. A good use of the money?

Back at East the Water we wander uphill to Chudleigh Fort. Built in 1642 by Parliamentarian Major General Chudleigh the fort, along with another on the opposite side of the river defended Bideford from river approaches. 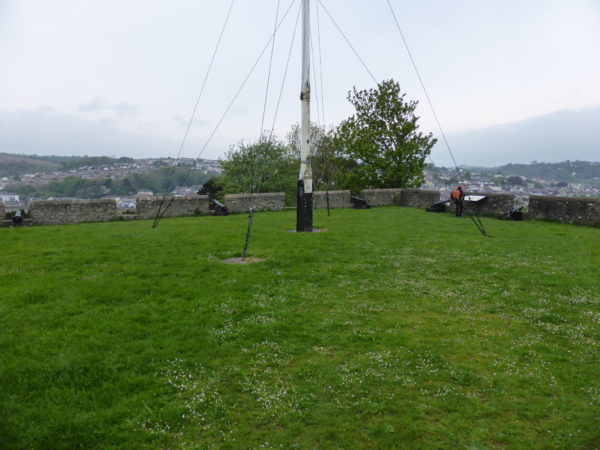 The fort had eight cannons and from its height was a good look out point. The original hillfort was rebuilt in stone in the 19th Century and is now a small park. It is worth a visit for the views across the Long Bridge and over Bideford. From our vantage point we look for the Hocking’s van normally outside Victoria Park, but it has left!

In the car and we head towards Instow seafront in the hope of catching the Hocking’s van there. Approaching Instow the ice-cream van passes by in the opposite direction. Lynnie is not best pleased, our walk has been over ten miles and she did not get her ice cream! It looks like I am in for a challenging evening!

To view this 9 mile walk on OS maps Click Here 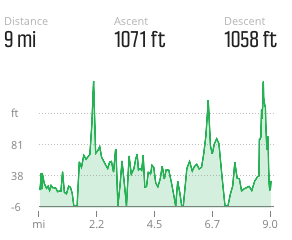