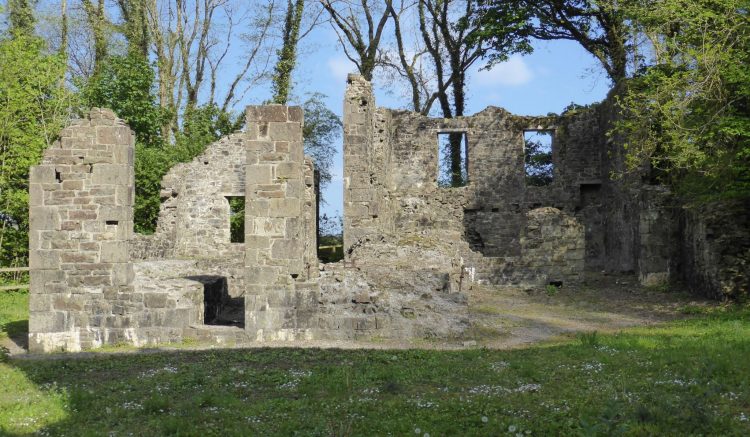 Following my earlier walk around Amroth Lynnie and I are off to explore the remains of Kilgetty Ironworks and the Grove Colliery. We take a short stroll there from the car park at Stepaside.

There is no need for me to provide directions, as the various features of this old industrial site are well sign posted.  We start off by wandering up to Grove Colliery which is to the west above the Ironworks.  The path follows the route of the old incline which was used to transport the coal from the colliery to the ironworks.

It is a pleasant stroll in the late afternoon sunlight. Arriving at the site of the colliery I am immediately surprised at how much is still standing. We stop at the helpful information board explaining the history of the mine and describing the historical roles of the remaining buildings. 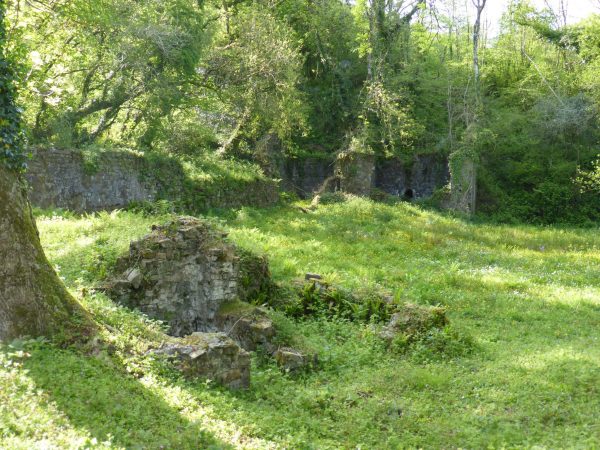 Plans for Grove Mine began in 1845 but it was not until 1853 that work started on digging the mine shaft. It cost £30,000 to reach the Kilgetty Vein around 640 feet below and the pit opened in 1856. Further north the vein ran nearer the surface and in 1878 an 870-yard tunnel was built to connect Kilgetty Colliery with Grove. 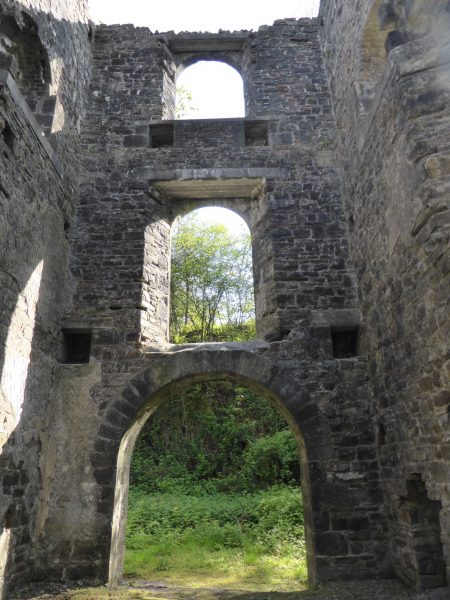 Much remains of the Cornish Engine House that stood besides the mineshaft, now well capped with a block of concrete. It feels odd to stand above the mineshaft; below this block of concrete is a 640-foot drop! I have read that this was the deepest hand dug shaft in Wales, but have read elsewhere that others lay claim to this, regardless it was a major achievement. 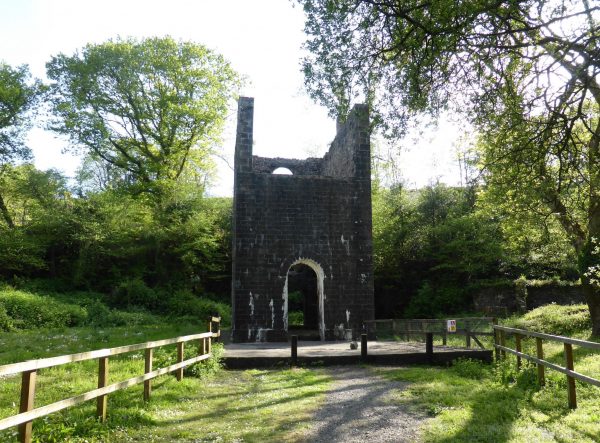 Of course, this mine would have had pit ponies working underground and it is reported that a fully equipped stable remains at the foot of the shaft. 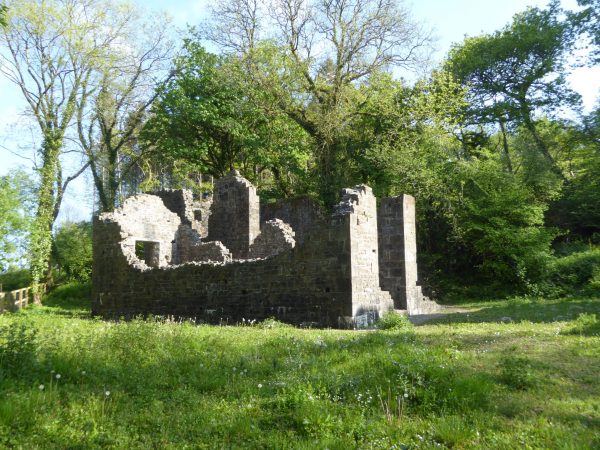 This mine was relatively short lived; by 1884 mining had ceased at Grove and it was retained for ventilation and pumping water running from the Kilgetty Colliery until it closed in 1900.

From the colliery we retrace our steps back down the hill to the remains of the Kilgetty Ironworks. This opened in 1848 and there is an information board that explains the various buildings and a drawing of how the site would have looked at the height of production. 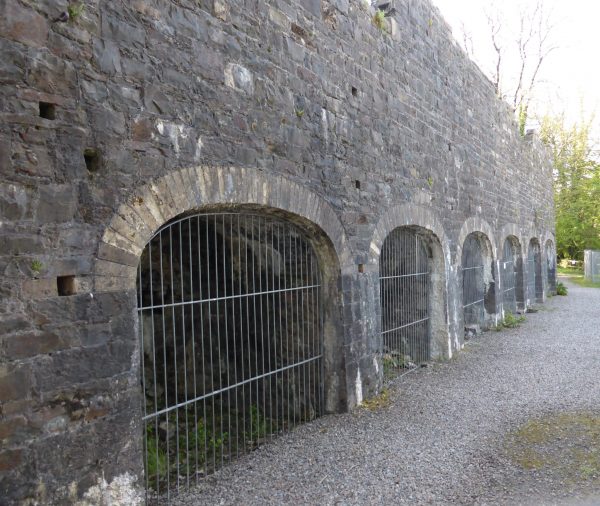 The first thing we stop to look at is the Calcining Kilns, these would have been coal fed from the mine above. These kilns are huge and just below them are a set of furnaces. 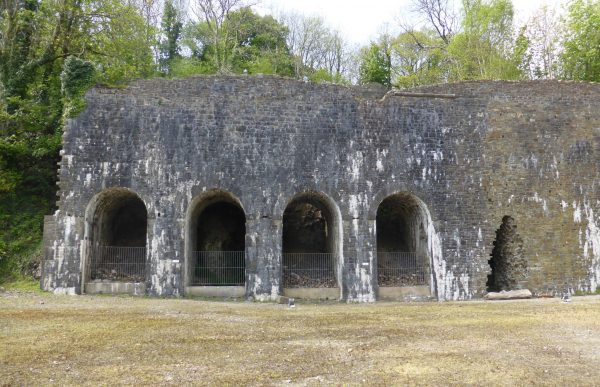 We follow the pathway down, this used to be the track of the tramways running around the site and we reach the Blowing House. 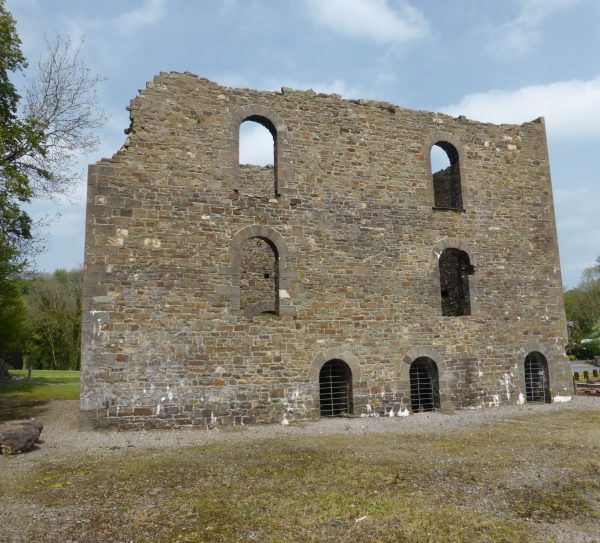 Then the remains of the Casting House, it is a very pleasant, peaceful afternoon but when this site was in full production the noise, heat and smell must have been overbearing. It would have been extremely hard toil. It is fortunate that sites like this remain so future generations can get an understanding of our industrial heritage. 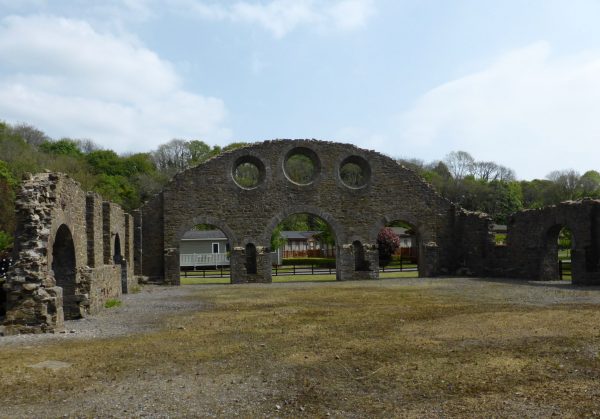