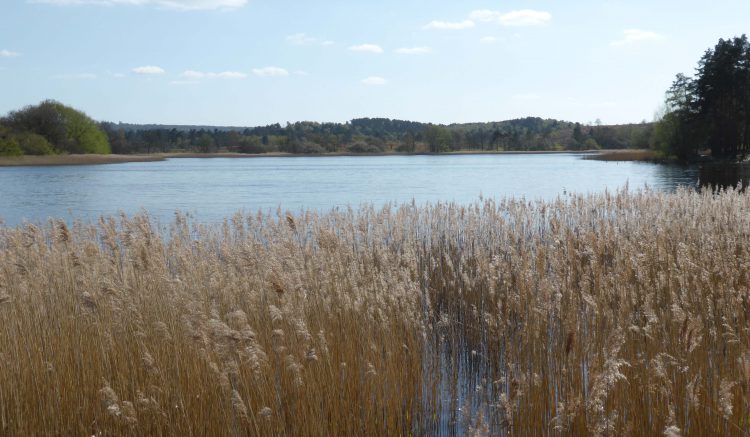 When we started caravanning we soon worked out that we would have allocated duties. Generally, but not exclusively, if it is something inside the Unicorn it falls into Lyn’s domain. Whereas, the awning and all the water jobs are mostly mine and, lucky me, I have exclusive rights over emptying the chemical toilet.

Dexter’s role is to mainly go to sleep in the most inconvenient place possible, this is a challenging role because he needs to be able to anticipate your next move to be fully effective. Crosby has two main tasks, the first in his mind is the most important and that’s to ensure that we get out of bed early everyday. The other is to stand guard against possible intruders onto his territory.

Sunday morning and Crosby is at the top of his game, I am summoned to get up early! In doing so I step on Dexter, he has both eyes closed but he is in exactly the right spot. All those years of practice are paying off.

The sun is shining so it calls for a repeat of the early morning walk we did on Friday. Shaving five minutes off our previous best time we are back in the van just over two hours later and Lyn is up. Just!

The weather is set fair so an afternoon walking beckons. We head for Frensham Little Pond. The pond and its bigger neighbor were originally created in the 13th Century to supply fish to the Bishop of Winchester in his Farnham residence. Today there are cars, people and dogs everywhere, but as soon as we leave the path around the pond we are in splendid isolation. 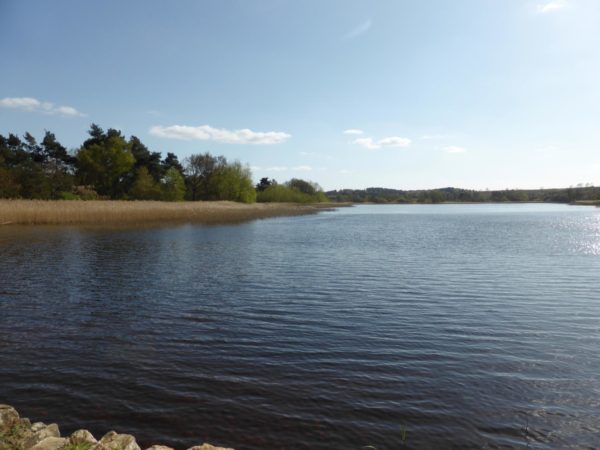 Across Frensham Common and we are then in Surrey heathland. We are using a combination of map and book but trying to follow the directions in our 30 year old walking book proves difficult so we resort to exclusive use of the map, until we walk off the page! Climbing Devils Jump we get spectacular views to Hindhead and the Hogs Back. There is a lot of “out” out there.

Sat at the top of Devil’s Jump are about eight young lads, late teens. I comment to Lynnie that it is refreshing to see that they have made the effort to get away from their games machines and climb the hill. The spring air has them larking about, but nothing untoward. They race off downhill with cries of the punishment that will be applied to the last to reach the car park. We enjoy the tranquility and then follow their route, at a much more leisurely pace. 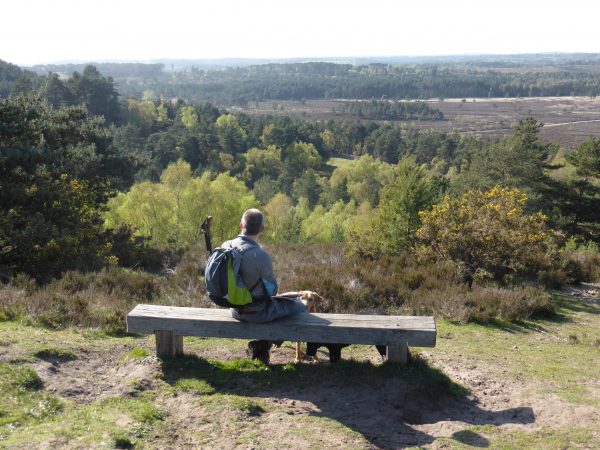 As we join the road the first of the cars containing the lads comes around the corner at speed. The other trying to overtake it on a blind bend, swerves back in when it sees us, only to then pull out into the path of an oncoming Landrover. Quick reactions all round prevent disaster. It might be a different story next time. If only they could have been at Justice James’ seat on Friday and listened to the tale of woe about the young man killed in an accident close by. Perhaps such talks should be a mandatory part of learning to drive. 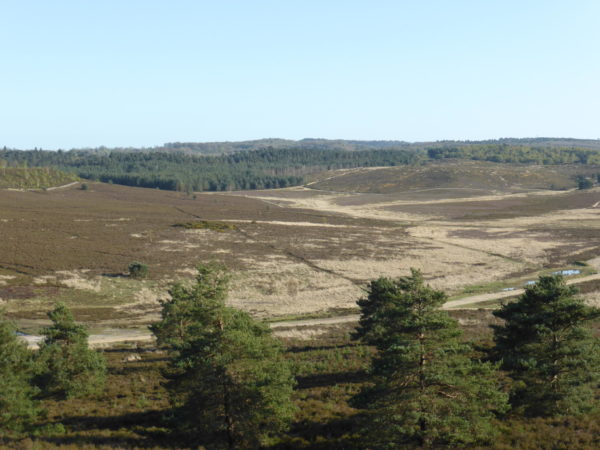 We walk onto Hankley Common, an area of MOD land with managed access, climbing Kettlebury Hill we walk the ridge to Lion’s Mouth and then follow the footpath through Hankley Golf Club. In the late afternoon sun there are a number of golfers out on the course. One chap practicing in a bunker, no doubt he will be up before the Committee if spotted. For the first time since we set off my thoughts turn to golf. The clubs are in storage, insufficient room to fit them in the Unicorn. Perhaps if we can off load some more clutter I might be able to sneak them in.

Back at the van we start to make initial preparations for moving on tomorrow. Anxiety levels are high just at the thought of having to wrestle the awning again. 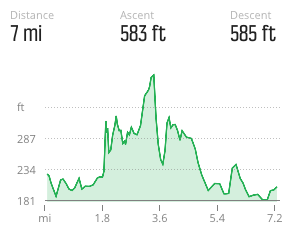