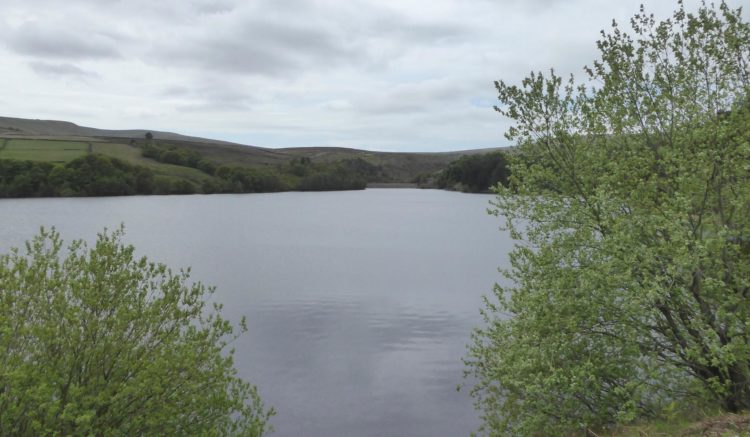 After our stroll around Upper Denby we are out today exploring a bit more of the local area. Many years ago we briefly visited the nearby town of Holmfirth, which featured as the setting for the popular TV comedy series “Last of the Summer Wine”.  We are not interested in visiting the parts of the town that appeared in the programme, what is of interest to us is the countryside that provided the backdrop to the adventures of Compo, Foggy and Clegg.

The starting point for today’s walk is the car park on the south side of the Digley Reservoir a few miles west of Holmfirth.  Leaving the car park we turn left along the road and head across the dam of the reservoir. 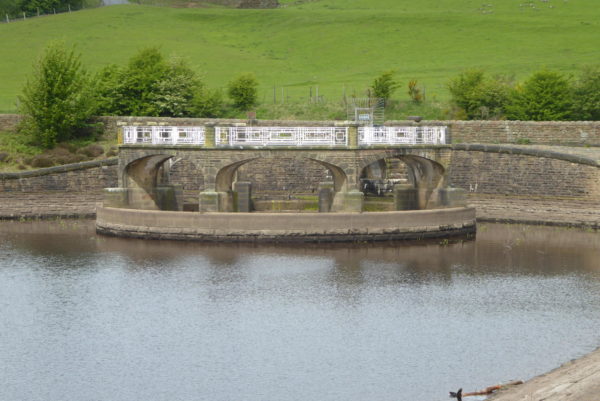 Turning left at the junction on the far side of the dam we soon join a footpath on the left leading to another car park and picnic area in part of a disused quarry.  As we head west the track leads along the edge of the quarry. 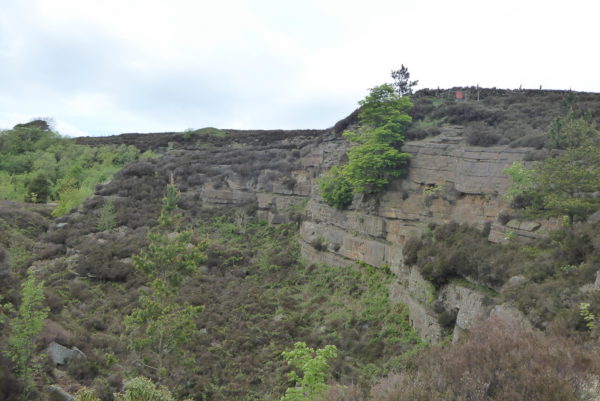 After walking through a wooded section we get views back over Digley Reservoir, which was built in 1954 just below the Bilberry Reservoir. 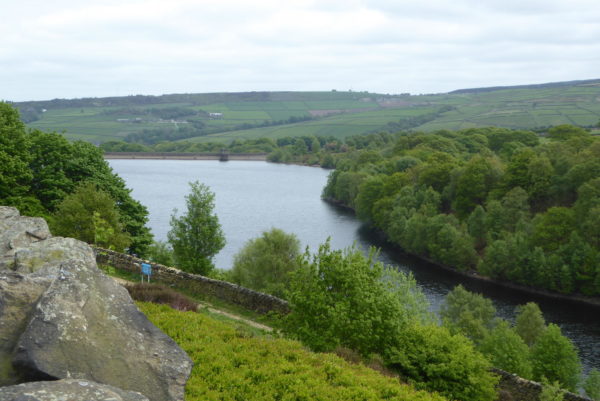 The smaller Bilberry Reservoir is below us, the two reservoirs being separated by a dam. 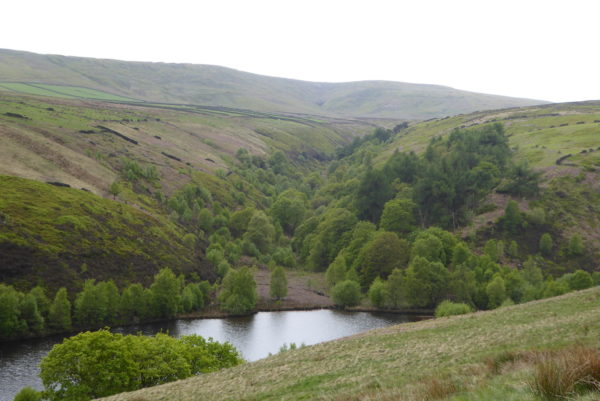 We continue along the dry stone walled track gradually ascending. Looking back down the valley it looks an idyllic spot, however back on 5thFebruary 1852 tragedy struck when the Bilberry reservoir burst it’s banks and flooded Hinchcliffe Mill below.  There are many reports of the tragedy which resulted in the death of eighty-one people and destroyed houses.  Apparently, this was a tragedy that could have been prevented.  Soon after the dam was completed in 1843 it was found to leak badly, however, the local commissioners responsible for the dam did not heed the warnings. 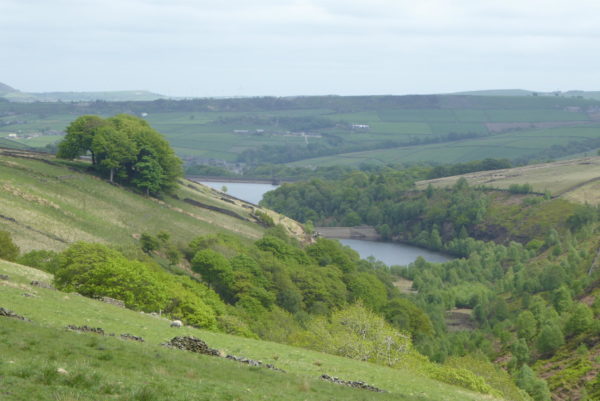 Staying on the track, Nether Lane, we ignore footpath signs to the right then after passing Goodbent Lodge we leave the track to join a footpath on the left heading across a field of pasture and then steeply down to cross Marsden Clough.  The footbridge across the stream looks a bit rickety so we opt for crossing on the stones. 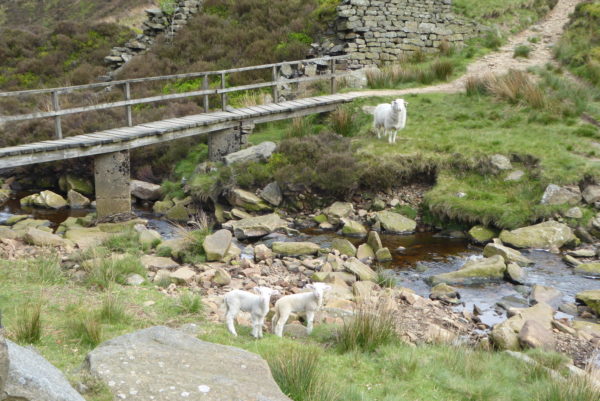 The well worn path climbs out of the clough and then heads across the moor, to our right is Black Hill, having studied the map I know there is a trig point up there but I will save it for another day. After fording Hey Clough on Stopes Moor the path turns eastwards and after going through a gate joins a track known as Issues Road. 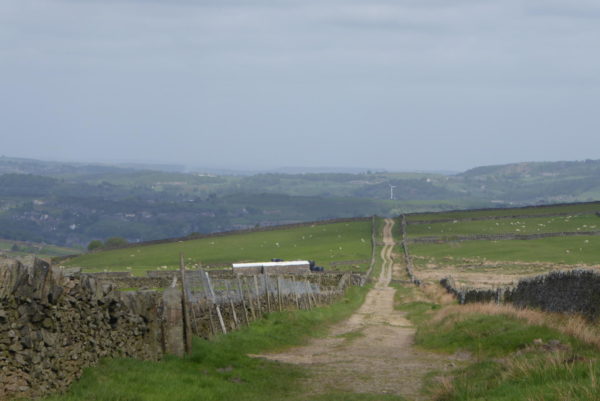 , the track heads steadily downhill but after going through a gate the descent becomes steeper, we get cracking views over Digley reservoir on our left. 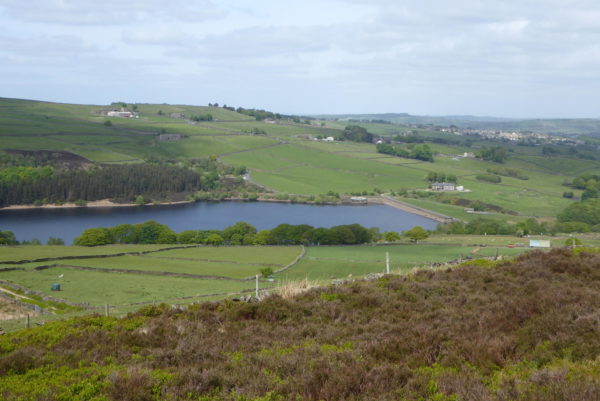 We follow this track all the way into the village of Holme.  Entering the village we pass the school and then reach the village playground with an interesting entrance.  This is the doorway from Yateholme Farmhouse, which was mentioned in the Doomsday Book in 1086. The village of Yateholme was sacrificed for the construction of a reservoir in 1936 but the doorway was saved for prosperity and placed here in 2012. 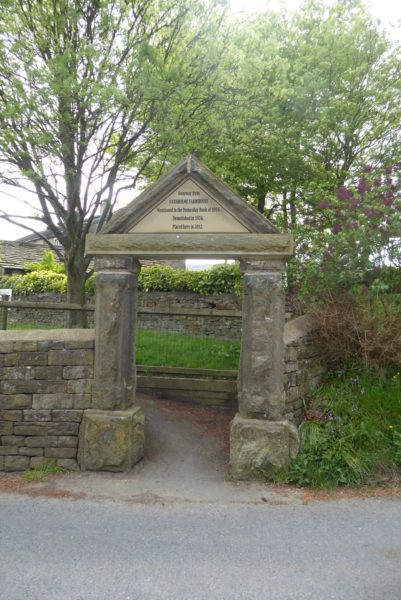 Reaching the A6024 that runs through the village, we turn left and then quickly take a footpath on the right going besides pasture and then across a field into woodland leading down to cross Rake Dike on a footbridge. 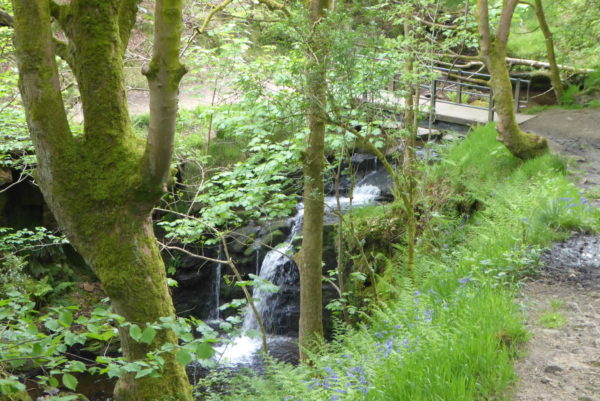 The path steadily climbs above the valley and then as it swings south we get sight of Brownhill Reservoir below us. The path then descends to the dam between the Brownhill reservoir and the Ramsden reservoir. 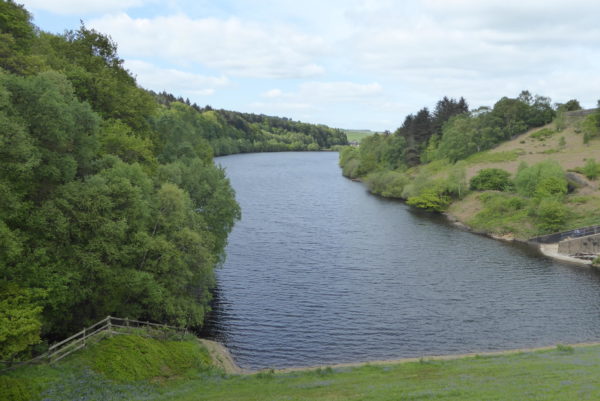 Work on the dam for Brownhill reservoir started in 1925 and was completed in 1932.  It has a capacity of 289,000,000 gallons and as part of the construction nine new houses were built at Wheat Close, Woodhead Road, Holme to rehouse those loosing their homes to the reservoir.

After crossing the dam we get a good view of the older Ramsden reservoir, work on this started in 1879 and it was completed in 1883. 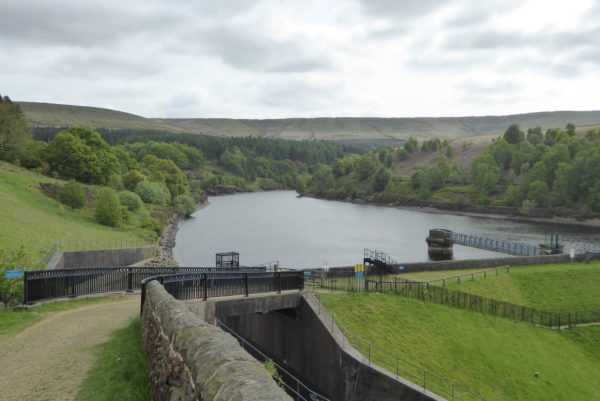 We now turn left along a minor road and follow it steadily downhill into the village of Holmebridge.  Like so many places we have visited over recent years this village suffered fatalities from flash floods.  On 29 May 1944, a Whit Monday, a thunderstorm caused a flash flood in the Holme Valley.  Three people lost their lives, but apparently wartime reporting restrictions prevented it being broadcast more widely.  Local speculation blamed Bilberry reservoir but this turned out not to be the case.

After passing the church and village cricket ground we turn left along a lane that becomes wooded as it heads out of the village. 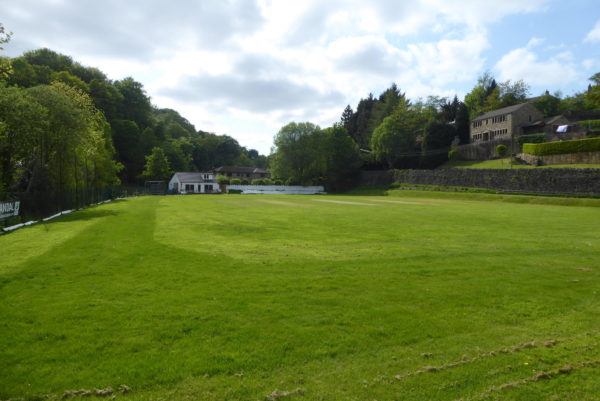 At the end of the lane we take a footpath on the right and climb up the hill to join the minor road leading to Digley reservoir. 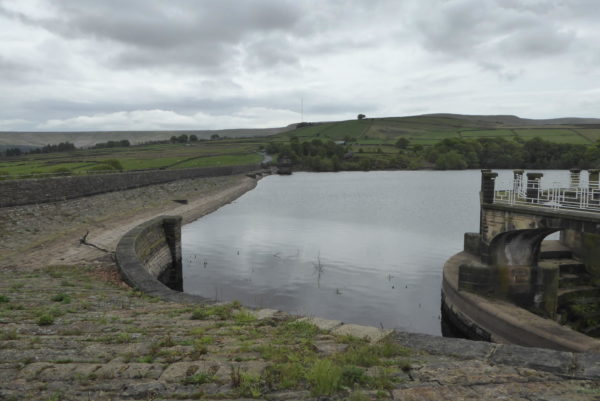 We stop briefly as we cross the dam to take a picture back down the valley and then return to our car on the south side of the dam. 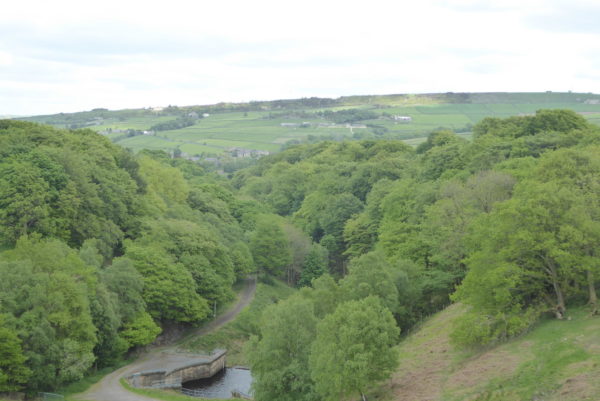 Our walk has covered close to seven miles and has certainly given us a taste for The Last of the Summer Wine country.  When we arrive back in Upper Denby we agree that the exertion of the afternoon justifies a trip to the village pub, where we enjoy a pie and mushy pies washed down with a couple of pint’s of Timothy Taylors’s Landlord bitter, followed by a creditable (but not winning) performance in the pub quiz.