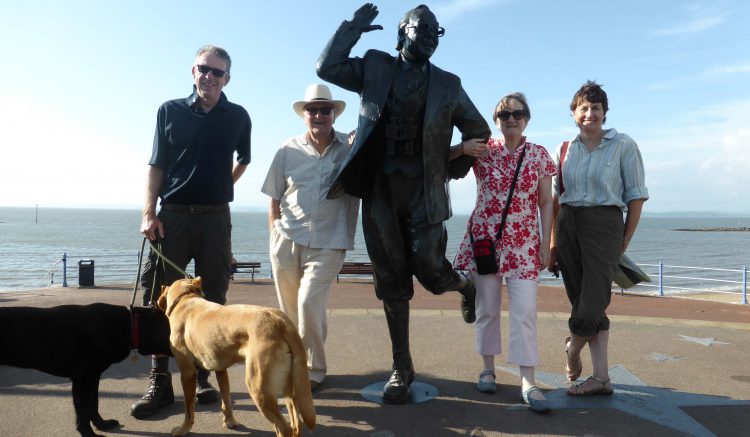 After an early morning stroll to Glasson Dock we have a leisurely morning catching up with chores around the van. Around midday we head off to Morecambe and park on the front and walk along the promenade. The tide is out and there is a huge expanse of sand.

My Ordnance Survey map (Explorer 296) shows a footpath across Morecambe Bay along with a warning that crossings should not be attempted without an official guide. There are various routes across the Bay and a number of guided walks are available, about thirty each year are led by the Queen’s Official Guide, Cedric Robinson MBE. Cedric has held this position for the last fifty-one years.

The dangers of the Bay were in the news in 2004. On the 5th February twenty one Chinese Cockle pickers drowned when they were caught by the incoming tides. One person was rescued and it is believed that a further fifteen made there own way to safety. We heed the signs about quicksand and stay firmly on the promenade. The boys are treated to a small portion of fish and chips that someone has left for the gulls. There is no chance of Crosby walking by discarded chips!

Our walk takes us past Hest Bank and along the coastal path. After an hour we turn back and return to Morecambe. We have arranged to meet our friends from Settle in Happy Mount Park to listen to the brass band. Soon we are all sat comfortably on the raised terrace listening to the junior band go through there repertoire. The sun is shining and between tunes we catch up on what has been happening since we left Settle in mid June. Our travels are dwarfed by the tales of Jane and Maurice’s trip to China. In his late eighties Maurice still has a real zest for travel. Unbelievable!

Happy Mount Park is a wonderful place it was created in the 1920’s and is very popular with locals and tourists. It is full of activities for all ages. Including a spray park where children are getting soaked from water jets shooting out of the ground and a variety of contraptions. Plus all the things you would usually expect in a seaside park. All around there is laughter. 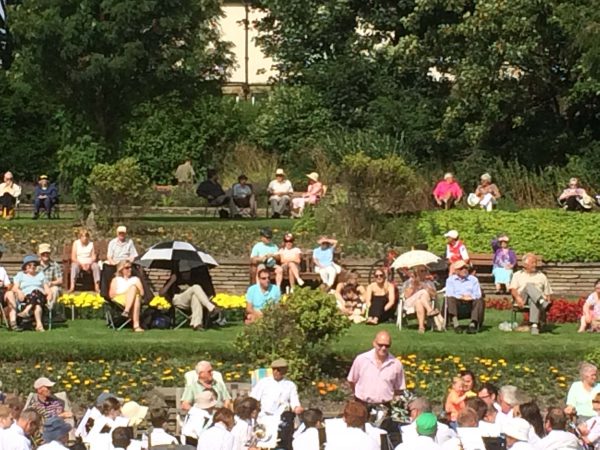 When the band has finished we sit and chat before taking a stroll south on the Promenade. Much work has been done over recent years to tidy up the front of Morecambe and the effect is stunning. It is a cracking place to be on a sunny afternoon.

The tide has come in and the visibility is good, we can see across the Bay to the peaks of the Lake District. The coastguard hut stands clearly on the front, a very important service in an area that is so inviting but also dangerous. Despite his years Carl ignores the warning signs and walks along the large rocks that are the storm defense. 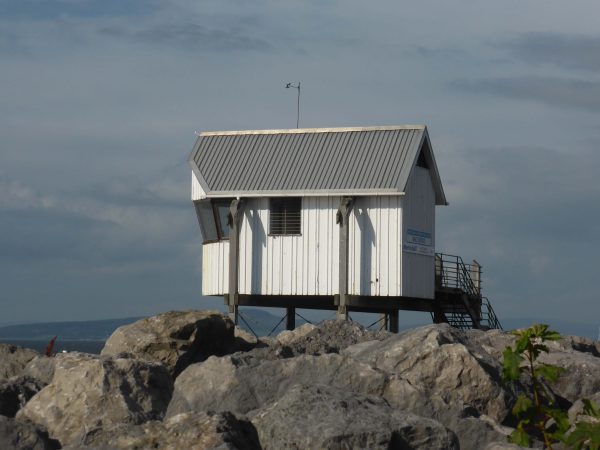 We arrive at the statue of Eric Morcambe. Usually statues of people are a poor representation of the individual. For example the appalling one of Ted Bates that stands outside of St Mary’s Stadium. The original had to be removed because it was so bad, his arms were twice the length of his legs, and the one now standing is not much better. Eric’s statue is great.

John Eric Bartholomew was born in Morecambe in 1926 and took the town’s name to create his stage name Eric Morecambe. There is no need for me to write about Eric and his partner Ernie Wise because they are so famous and the way they created laughter around the country is well noted.

One of Eric and Ernie’s songs was “Bring me sunshine in your smile”, he has certainly brought us sunshine today and in such great company as Maurice, Jane and Carl it is impossible not to have a continuous smile. A truly wonderful and memorable afternoon. 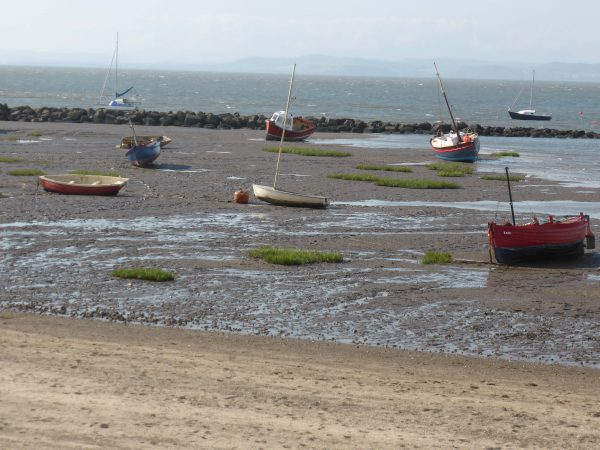