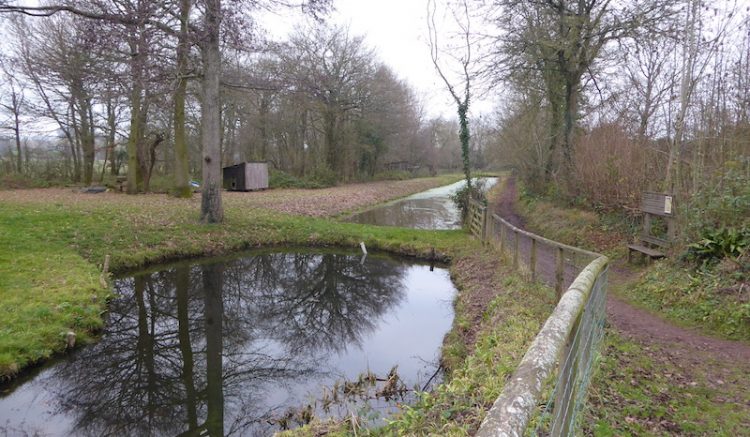 Yesterday evening I spent some time studying the map and devised a walk from the caravan site.  Up until a couple of years ago I would have roughly worked out the distance of a proposed walk by using the method I was taught at school nearly fifty years ago.  This involved a pencil and paper, notching the twists and turns on the route and then measuring the total.  Lynnie was never convinced when I announced the mileage of a proposed route!

Nowadays I still use a paper map to seek a route and then plot it on the Ordnance Survey mapping tool before downloading it to my phone so I can follow the route as we walk, whilst still taking the paper map.  This technology aids planning and navigation and provides a more accurate mileage, resulting in more of the ten mile walks Lynnie prefers, as opposed to the “about ten miles” we used to do which often turned out to be nearer fifteen! 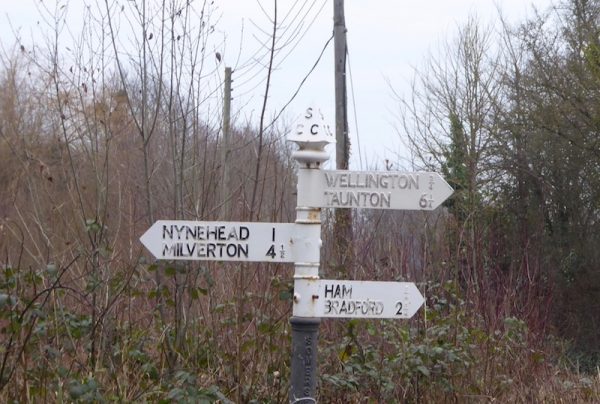 Within a couple of hundred yards we reach Wharf Cottage, which sits besides the disused Grand Western Canal. 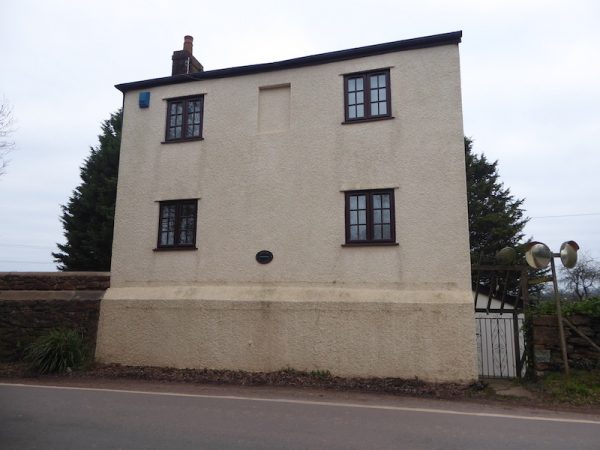 Here we take a footpath on the left that runs along the route of the canal towpath besides the old wharf. 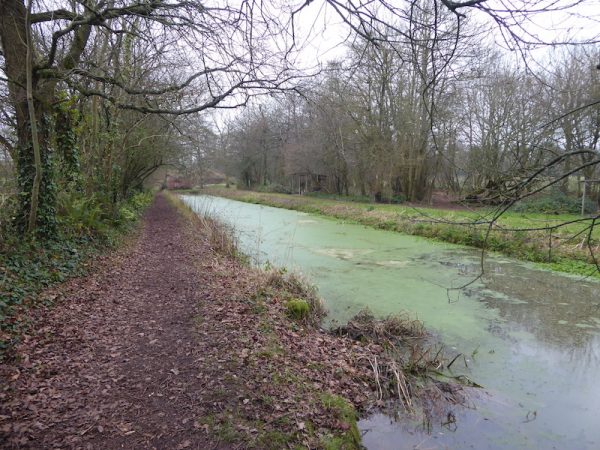 Within a couple of hundred yards we reach the remains of the Nynehead Boatlift.  This is one of seven on the canal and reportedly they were the first commercially successful boatlifts in Britain and operated on a balance principle.  Work was done in the late 1990’s to clear this site ad it is now possible to get a good view of the remains. 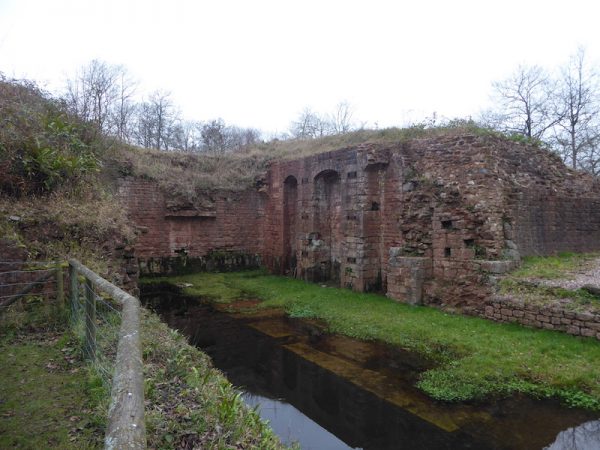 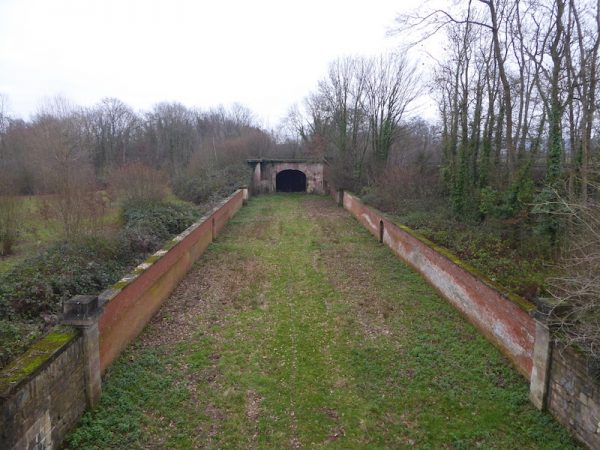 Our route now goes along a section of the old towpath.  The Grand Western Canal ran between Taunton and Tiverton  and was part of a plan to link the Bristol Channel with the English Channel. The lower section of the canal between Lowdwells and Tiverton was constructed first, between 1810 and 1814, and passed through mainly flat land.  The second phase linking Taunton to Lowdwells is the part we are now walking along. 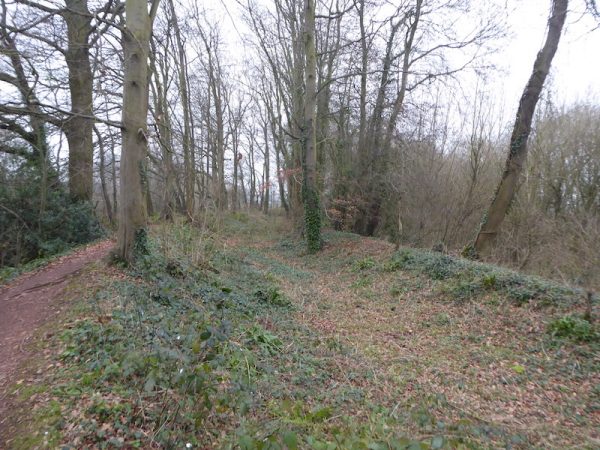 Continuing on the waymarked path we reach Crosslands, we can see an old industrial chimney to the right so we turn along the road and walk a short distance to what remains of Tonedale Mills once the base for Fox Brothers cloth making business. In the 1790’s Fox Brothers moved to this site and developed it into the largest cloth making mill in south west England, apparently during World War I it provided over 8,000 miles of khaki cloth for soldiers uniforms.  The mill closed in the 1980’s and now looks to be undergoing major renovation work. 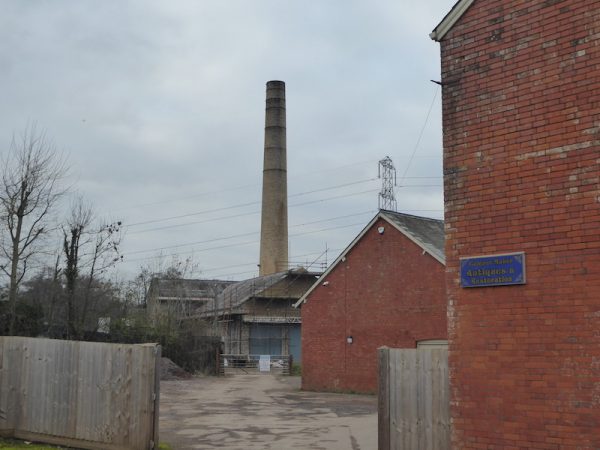 We head back along the road and turn right to continue our route along the footpath, this is part of the West Deane Way. 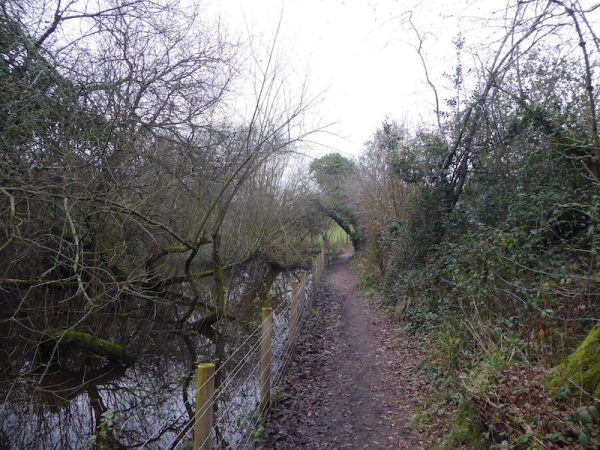 The fenced route leads out into open country and after entering a field we see the clear remains of the canal. 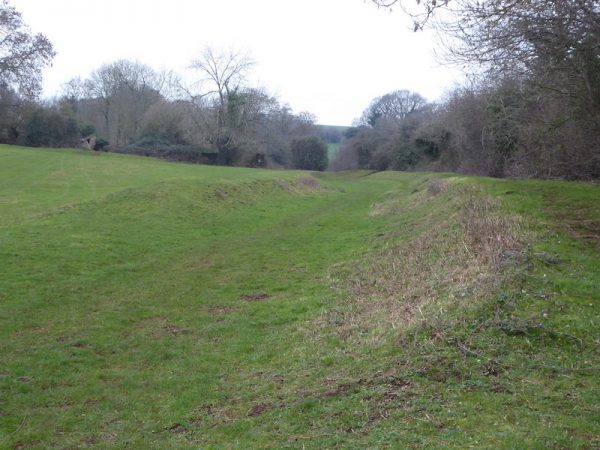 A series of stiles takes us through fields of pasture to reach a minor road, we turn right and follow the road until we reach a footpath sign on the left.  This path takes us across further fields to another minor road with the Holywell Inn in Holywell Lake on our left. 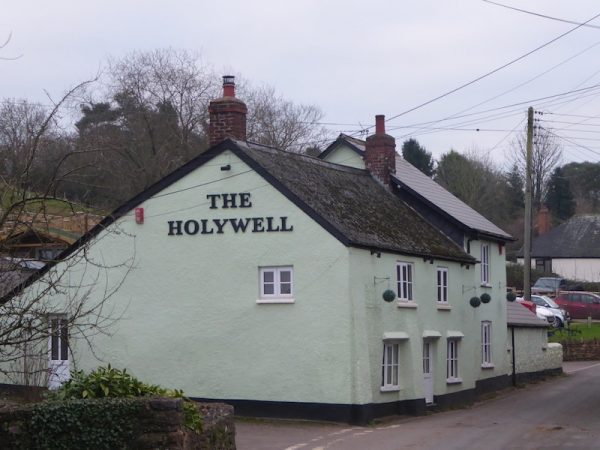 We carry on in a westerly direction along another minor road, turning left at a footpath sign on the left to head uphill through a field passing under electricity wires, the map shows this field as being divided, but it is now one large field, however the stile remains.  I find these quirks interesting.  The stile serves no sensible purpose, other than to mark where the footpath once crossed a fence. 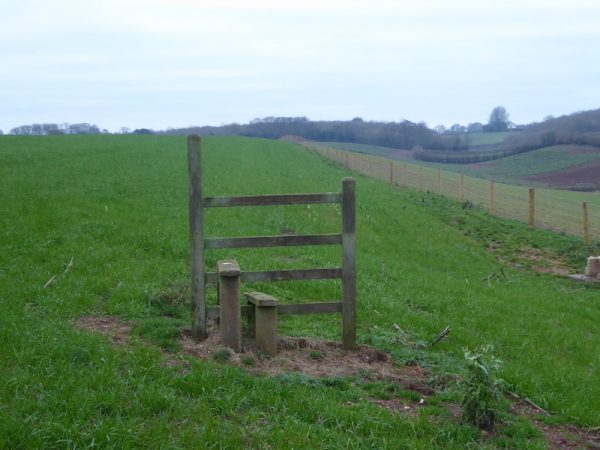 After passing some old farm sheds we continue along a track to reach a kissing gate leading into the Woodland Trust site at Cross Land. 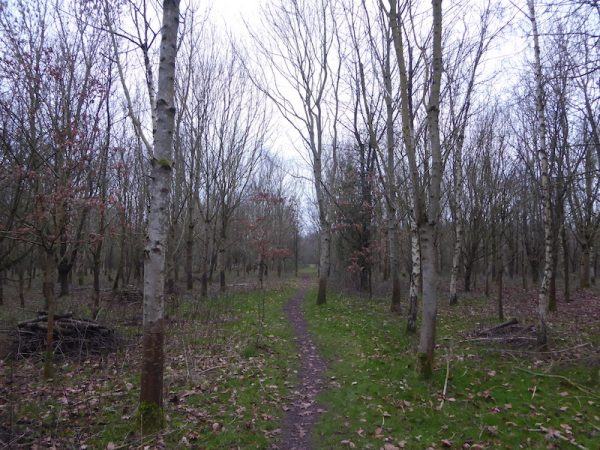 We continue straight on through the trees to a gate leading into a field that we cross to reach a minor road where we turn left and walk down to the crossroads at Ivy Cross.  Here we turn right and follow the country lane as it heads uphill before descending steeply.

As the road bends to the right we take a footpath on the left passing farm buildings to enter a field. We head uphill across the field and straight on through another. The path leads to yet another field, where we take a slight detour to walk across the crop stubble to bag the trig point on the hill.  This is the 124thOrdnance Survey trig point I have bagged and is interesting because it sits at a jaunty angle. 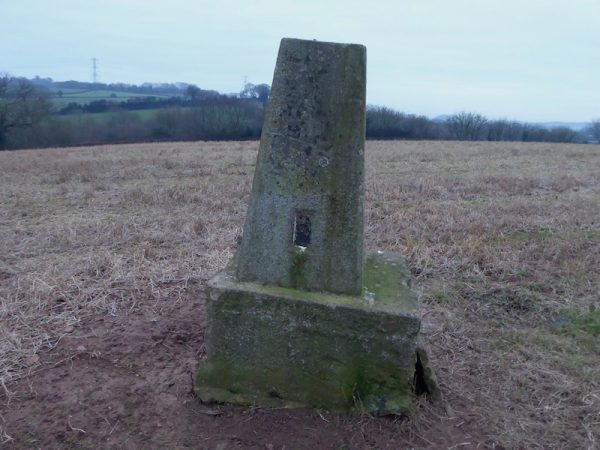 Back on the footpath we reach a minor road which we cross taking the footpath opposite.  This path leads us alongside a series of pigpens from where the occupants watch us with interest. 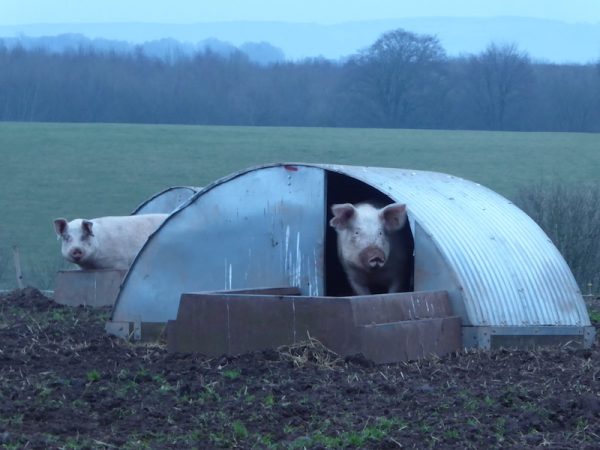 After going through a gate we enter a field of sheep pasture and follow the path to reach a gate by a minor road, here we turn right and then take a left at the junction and pass through the small hamlet of Chitterwell.  At a fork in the road close to a row of houses we take the right option to follow Myrtle Lane.  In the distance we can see the Wellington Monument, but the light is fading fast so we don’t linger.

At a crossroads we go straight ahead, still on Myrtle Lane, and stay on this road until we reach a T-junction at Payton where we turn right soon passing Payton Farm. 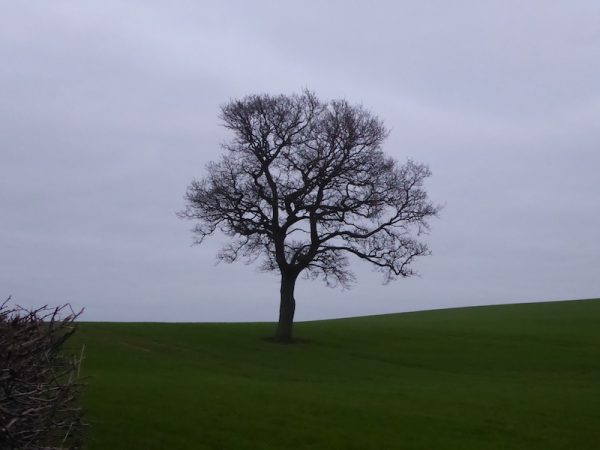 At the next junction we turn left along Payton Road and follow this road down to cross the remains of the canal.

The daylight has faded and we are grateful for the street lighting. Continuing along the road we turn right to join Popes Lane and cross the railway line and continue into Rockwell Green. At the traffic lights we turn left to follow the pavement besides the Exeter Road to walk back into Wellington and then on to the caravan site.

Our walk has covered close to ten miles, just as I had planned. However, the series of stiles and stopping to look at the canal lift, the old mill and trig point meant it took longer than I anticipated. Fortunately the last few miles were under streetlights so we did not need our torches.

To view this 10 miles walk on OS Maps Click Here

© Two Dogs and an Awning