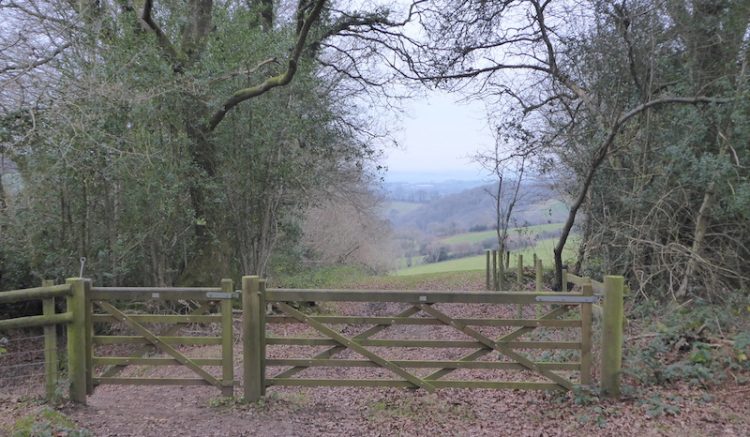 Last year I did a solo walk with the dogs on the Quantock Hills that took me over Wills Neck, the highest point on the Quantocks and on to Aisholt which is a thankful village. Lynnie was so struck by the pictures of the walk that she has suggested we head that way today. 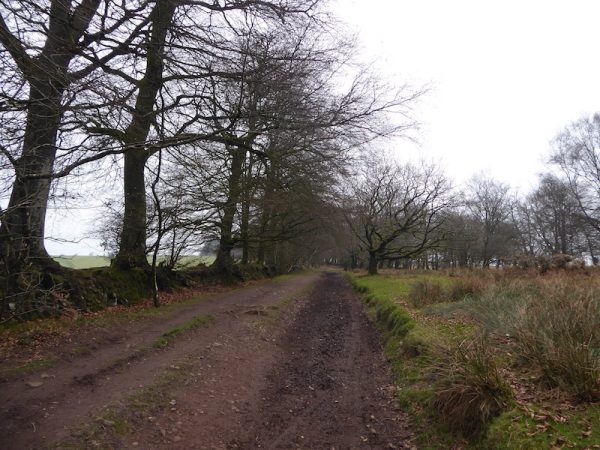 The last time I walked this track was in April and the trees were just coming into leaf, today the branches are bare. 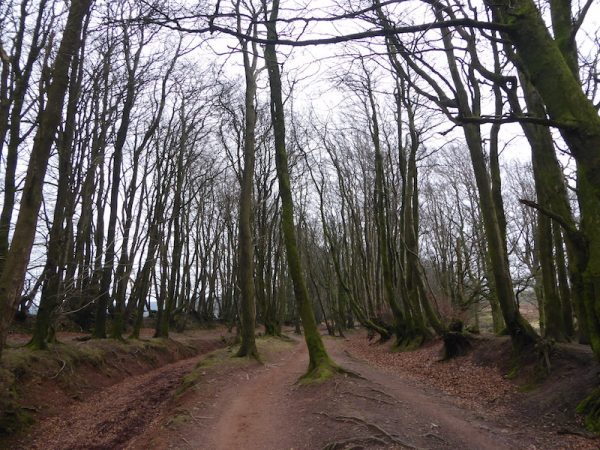 This track is known as Drove Road, (and forms part of The Macmillan Way West) and has been used by farmers and traders for thousands of years.  It is also known as a Harepath (a Saxon army route) recorded in the 14thcentury as the “Alferode”. 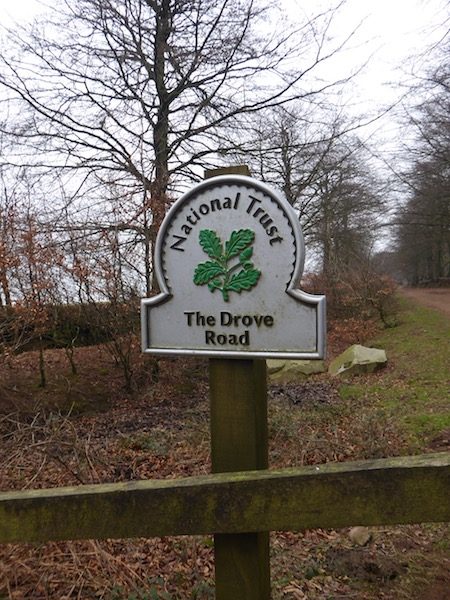 At the Triscombe Stone, a Bronze Age monolith marking the route of the Drove Road, we continue straight on. 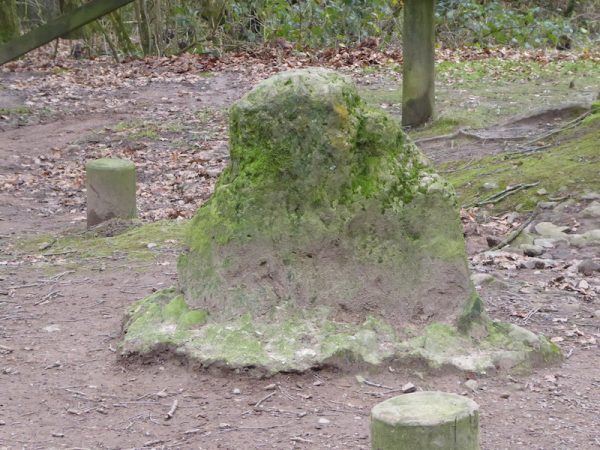 Soon we go through a gate and leave the trees to walk towards the trig point at Wills Neck.  This is the highest point on the Quantock Hills and as you might expect provides cracking views. 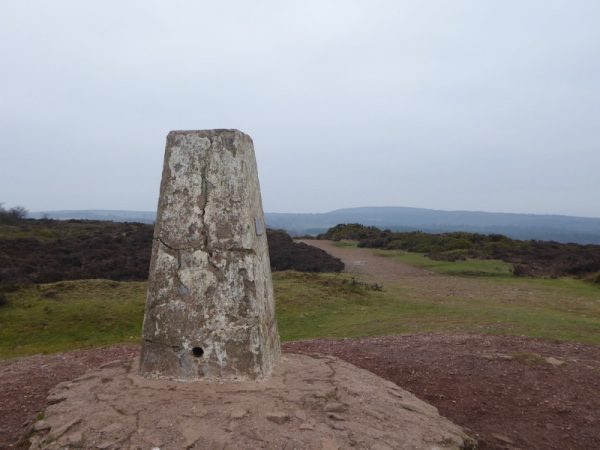 I have bagged this trig point a number of times, as has Lynnie, but this was before her trig bagging days so it is time for a photograph. 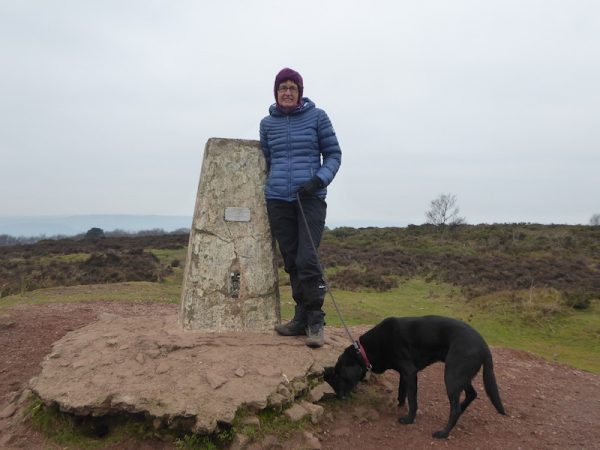 Continuing along the ridge we soon reach the trees on the edge of Bagborough Plantation. 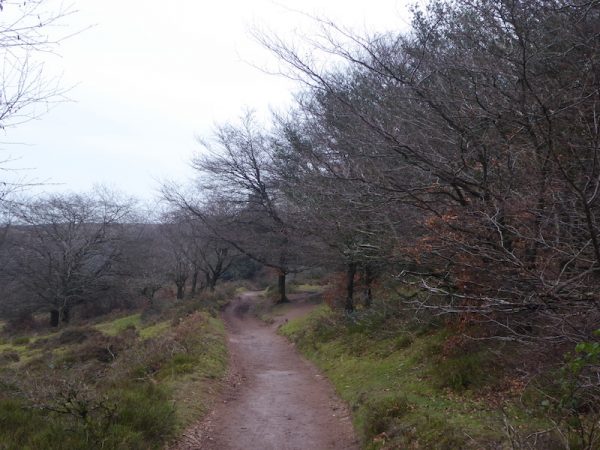 After going through a gate we head across Lydeard Hill and then turn left on a footpath to head downhill. After another gate we carry straight on along the edge of a recently cleared plantation. 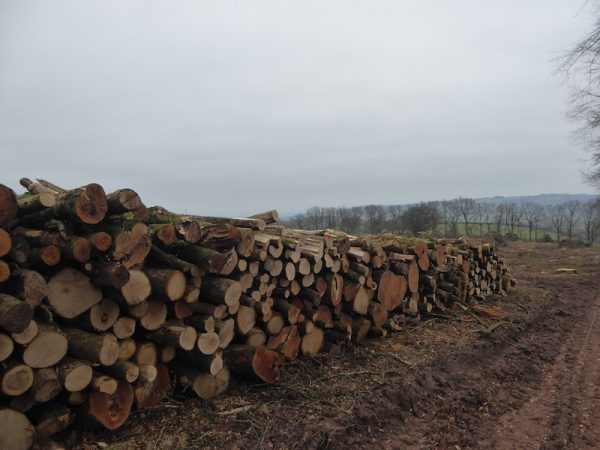 On reaching a track we turn left and follow this old carting route as it leads steadily downhill. 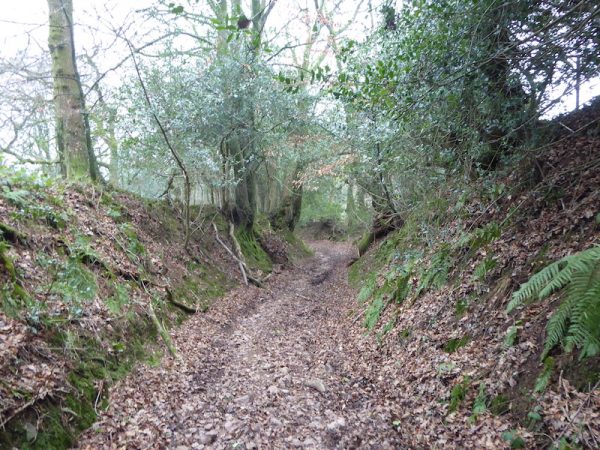 Ignoring a path leading off to the left we remain on a track that eventually becomes tarmacked and passes the entrance to Luxborough Farm.  At a T-junction by the ruins of an old building we turn left to wander along the road into Aisholt.  This is a “Thankful Village” so called because the eight men from the village who left to fight in World War I returned.  Back in 1930 thirty villages were identified as Thankful villages, but more recent research has created a list of fifty-three. Somerset has thirteen such villages.

We stop briefly to look inside and around the 15thcentury All Saints Church. 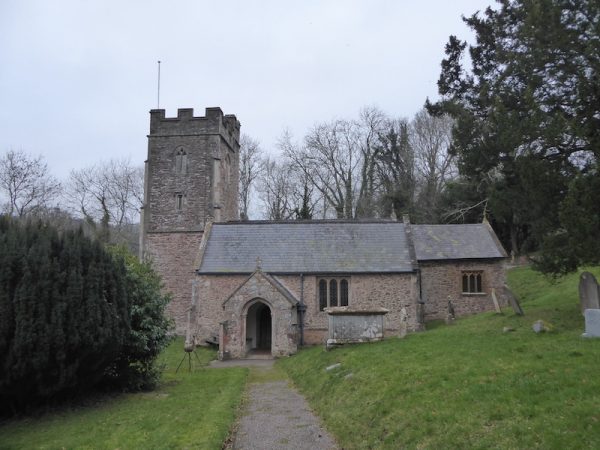 Apparently, the poet Samuel Coleridge described this hamlet as “that green romantic chasm” and apparently wanted to live here but his wife Sara wanted a more urban environment, so they stayed at Nether Stowey instead!

Our walk continues down the lane reaching a thatched cottage on the left.  Apparently Sir Henry Newbolt (1862-1938) often stayed here after his wife inherited the cottage. The setting seems to be a magnet for poets, and it is easy to understand why because even in the hustle and bustle of modern life it remains a tranquil place. 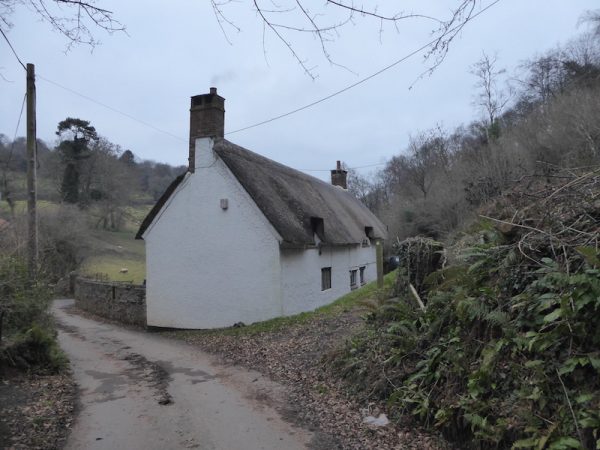 We head out of the village on the road and at the top of the hill turn left by the disused quarries. The tarmac soon ends and the track continues with trees on the right and Aisholt Common on the left. 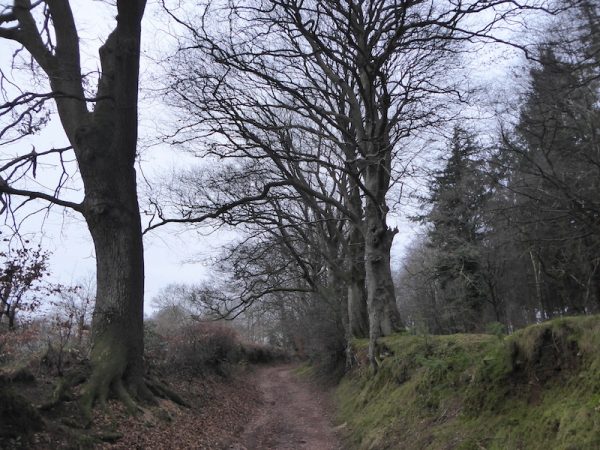 Eventually the track reaches the drove close to Triscombe Stone and we retrace our steps back to Crowcombe Gate.  The light is fading but after crossing the road we decide that rather than going back to the car we will continue on the track  before forking right by a cottage to head up Black Hill to visit the trig point. This is another trig we have bagged numerous times, but it is always worth another visit. 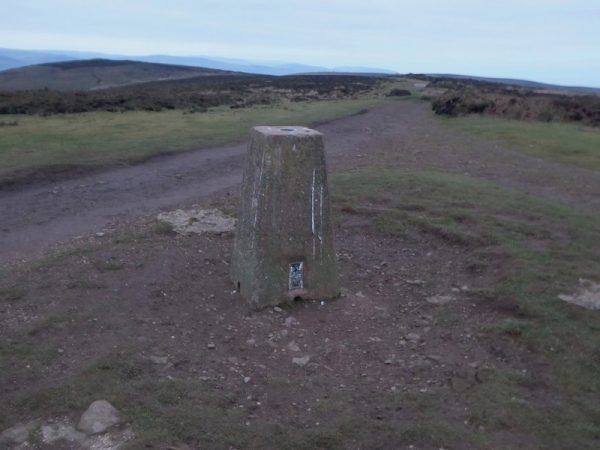 From the trig point we follow the path back down to the car park and complete our walk, which has covered almost ten miles.