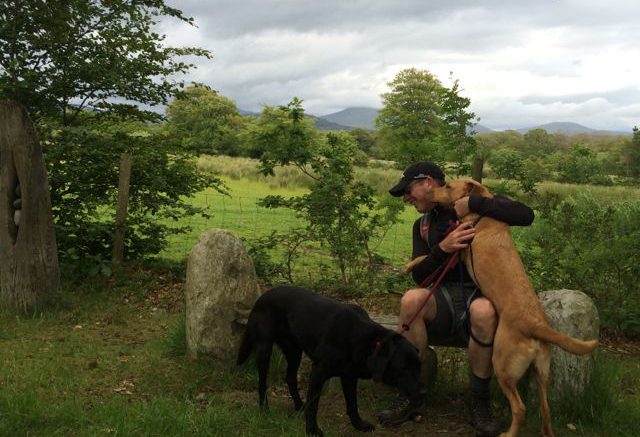 It’s Father’s Day and my two boys, Dexter and Crosby, have decided that as a special treat we should go for a walk. This is, of course, what Dexter and Crosby decide we should do most days (Dexter is less keen if it is pouring with rain), but today is going to be another walk where we will cover ground that we have not previously walked.

I like walking in new places; you are never sure what you will encounter around the corner. Our only trepidation is that this also means that we don’t have prior knowledge of where the bears might be lurking in the corners of fields, waiting to pounce as soon as we are out in the open. But walkers can’t spend all their time worrying about bears.

Since arriving in the area, a couple of people, including the helpful butcher, have recommended that we take a walk along Lôn Goed. This route passes near our caravan site, Swn Y Mor. It is a warm slightly overcast day, but looks set to be fine, ideal weather for a jaunt. 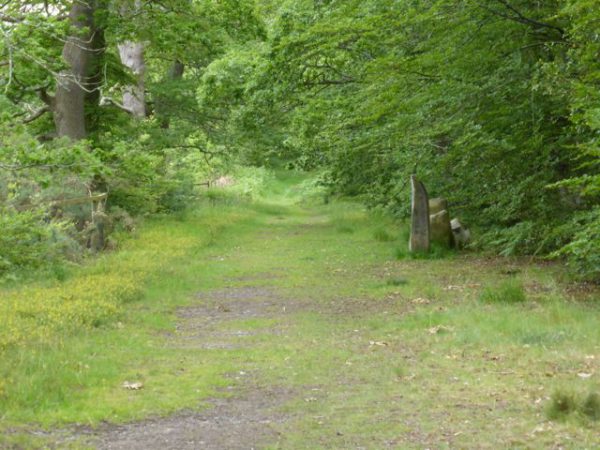 We leave Swn Y Mor and walk alongside the B4354 towards Chwilog for a couple of hundred yards and then turn right to join the Lôn Goed. This is a broad tree lined path that runs from close to Afon Wen for nearly five miles. It was built in the early 1800’s as a cart track to transport limestone from the coast to enhance the local farmland. 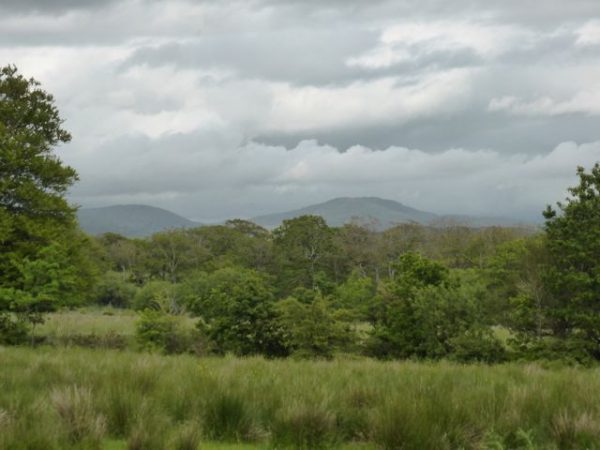 The area is said to be a haven for wild life and we have read that we might observe polecats and brown hares. I have never seen a polecat in the wild, but brown hares are a common site on my walks back home in Pitton.

When I was a nipper, hares were a regular sight, then for many years they were in decline. I gather the reason for this decline is unclear, but is largely blamed on farming methods of the time. The current practice of leaving field edges uncultivated appears to suit the hare and I see them most days when walking at home. They are a fantastic sight when ‘playing’ in the fields and possess an incredible turn of speed if disturbed by the dogs, plus the ability to lie low when the need arises. 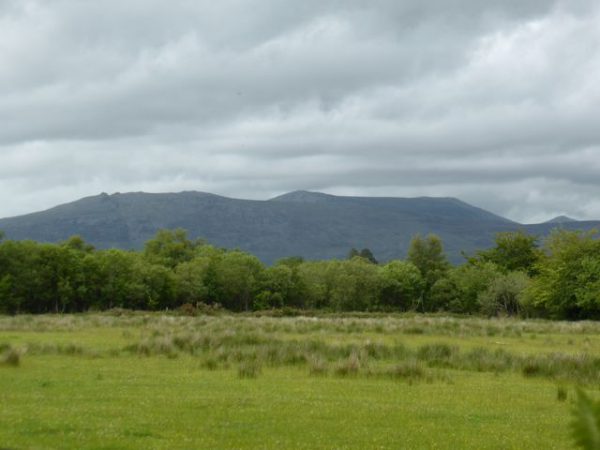 We follow north along the Lôn Goed crossing a road after a couple of miles and then a few hundred yards later cross another. This is easy walking; the route is level and clear. At regular intervals there are benches to stop and admire the views.

I stop on a seat and Crosby decides that this is his opportunity to give me a Father’s day kiss. Crosby mistakenly believes that sticking his tongue in your ear is a good thing, and once he has decided that he is going to give you a kiss he is determined to achieve his goal. 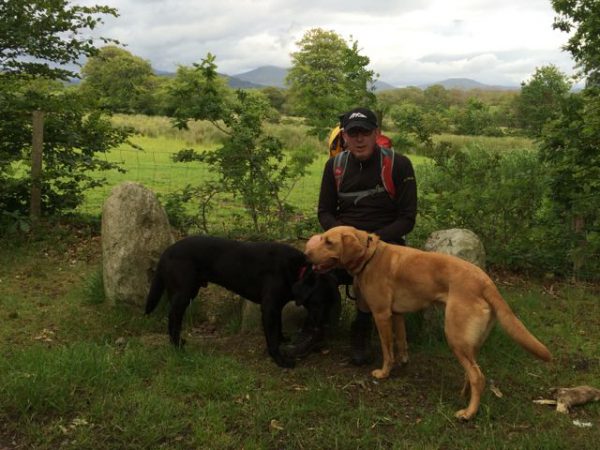 Having wrestled with Mr Crosby we head on, me with one slightly damp ear! Crosby has a look that says “I told you I love you”! 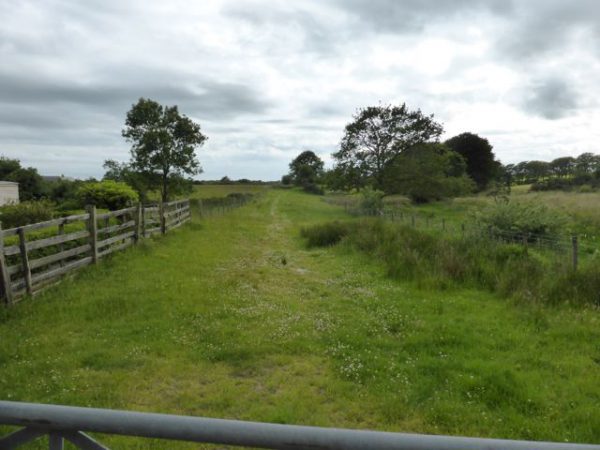 Shortly we reach the point where a disused railway line joins the Lôn Goed. This was the line that connected Caernarvon with Afon Wen. It was another of the lines that fell victim to Dr Beeching’s review of the rail network and closed in December 1964. The route of the line is clear to see and an old gate remains. 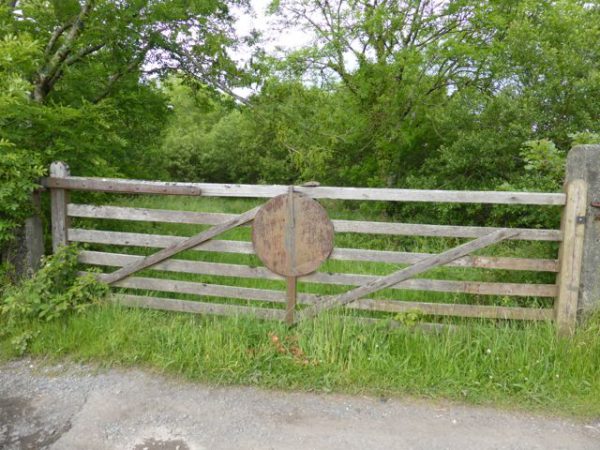 At the next road junction we decide to take a left turn to amble through the lanes back towards Chwilog. This is another very quiet lane that seem to be a feature of the area. The hedgerow abounds with wild flowers and we continue to get stunning views. 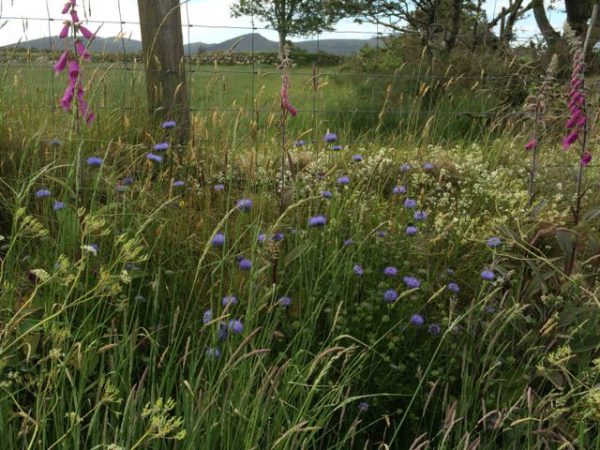 At Penbryn there is a sign warning of cattle on the road. Not sure if this is a permanent or temporary warning we walk on cautiously, then turning a bend we meet a herd of bears heading for afternoon milking. We hastily retrace our steps to get out of their way.

Our route is straightforward and we follow the lane to Llanarmon and then take a left turn and wander down to walk alongside the busier B4354 into Chwilog.

Apparently Chwilog means ‘abounding with beetles’ we have not seen too many since we arrived, but will certainly keep an eye out for them from now on. We decide to walk back to Swn Y Mor along the B4354, as hopefully it will be relatively quiet on a Sunday afternoon. We have covered just over eight miles on our walk and it’s now time to light up the barbeque and cook Povey’s award winning sausages. 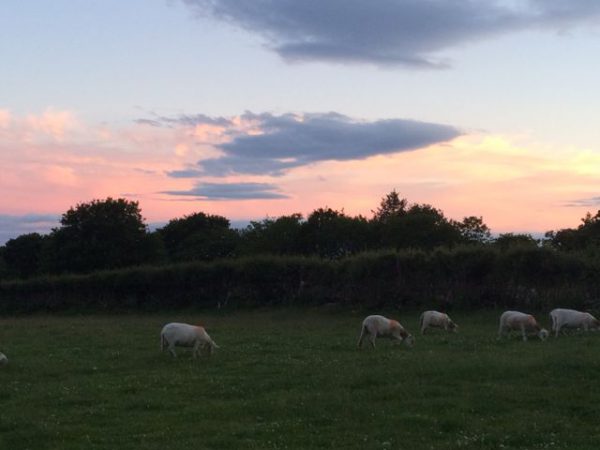 In the evening there is a cracking sunset, let’s hope the red skies herald a clear day tomorrow. We are hearing news of a heat wave in the South, but there is still a fresh feel to the air in North Wales!