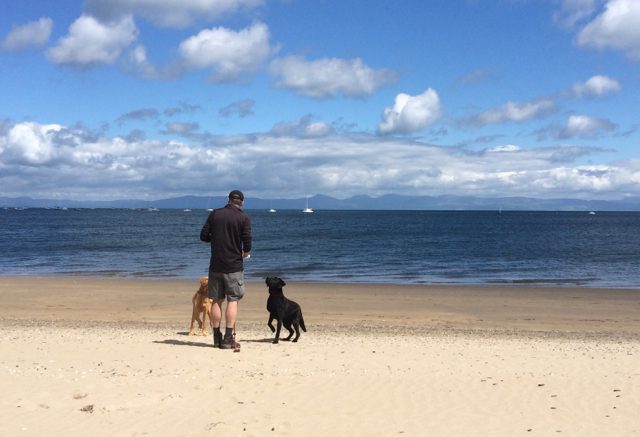 Before heading off we were told about the beauty of this coastline and advised that Abersoch was a must visit place. I believe I came here as a young child, but have no recollection of it. So in my mind this qualifies as exploring new territory in the UK, one of the key criteria for our travels last summer.

These experiences feel like being on holiday, another key criteria of our travels; life on the road should feel like a holiday. Today certainly does, the sun is shining, the skies are blue, and we are heading for the beach.

Lynnie and I are not your typical beach people. The idea of lying around on the sand in the sun, eating gritty sandwiches does not feature anywhere on our agenda. Our trips to the beach involve walking along the sand (on beaches that allow dogs), whilst taking in the scenery.

Parking outside Abersoch we initially wander down to the beach on the north side of the village, but soon realise we will have to follow the pavement alongside the main road if we want to visit the village and go further along the coast. 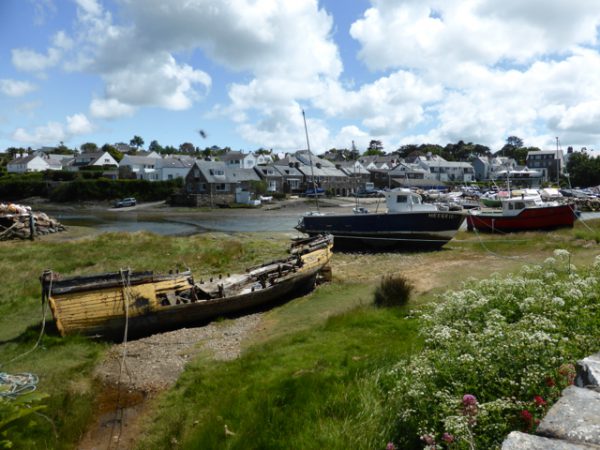 Abersoch was originally a fishing port and as we wander along the road we can see signs of an active fishing industry. 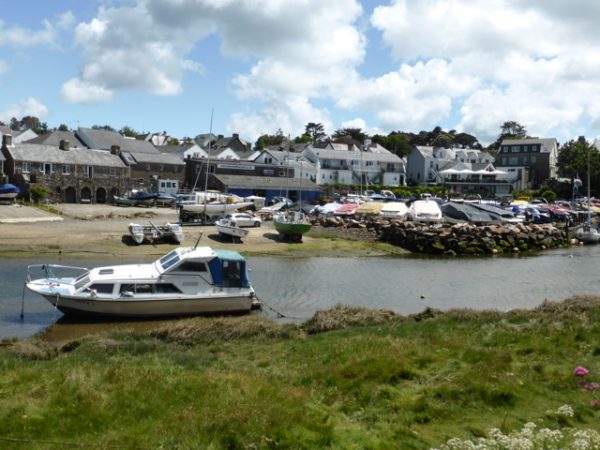 But the fishing boats are also surrounded by dinghies and pleasure launches. This, and the plethora of Porches, Mercedes, BMW’s and Range Rovers give us the first indication that this is no longer primarily a small fishing port.

We wander through the village following the signs for the Llyn Coastal Path; this takes us down a lane towards a car park run by Abersoch Golf Club, a nice little revenue earner to supplement membership fees! 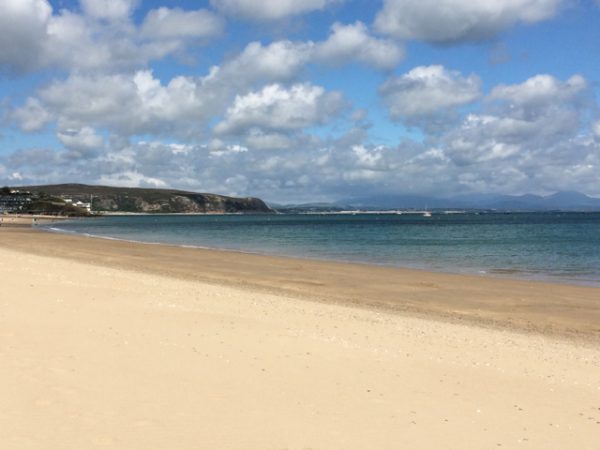 We follow the lane down to the shore, dogs are allowed on the section to our right, so that’s the way we head. This is a cracking bit of beach and the boys are soon chasing tennis balls and running along the water’s edge. 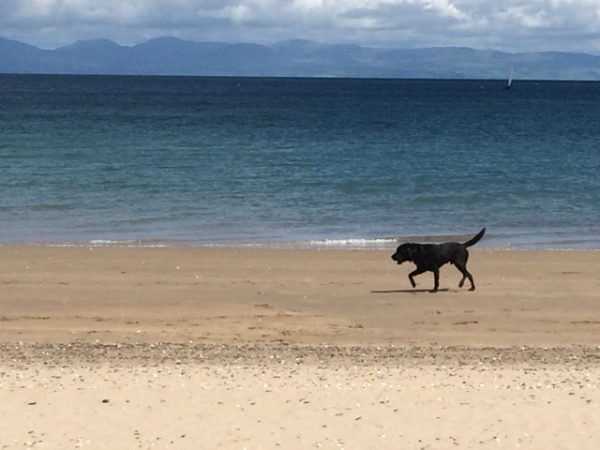 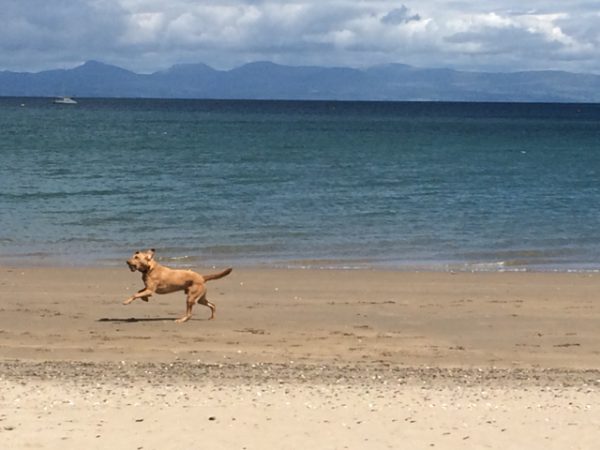 This beach is known as Borth Fawr and we walk the length of it until the path takes us to the small hamlet of Machroes. We pass a tall stone building apparently built in the 18th century to house a steam engine used to pump water from the nearby Penrhyn Du lead mine. The mine opened around 1638 and is thought to have been the first of many such mines in this area. 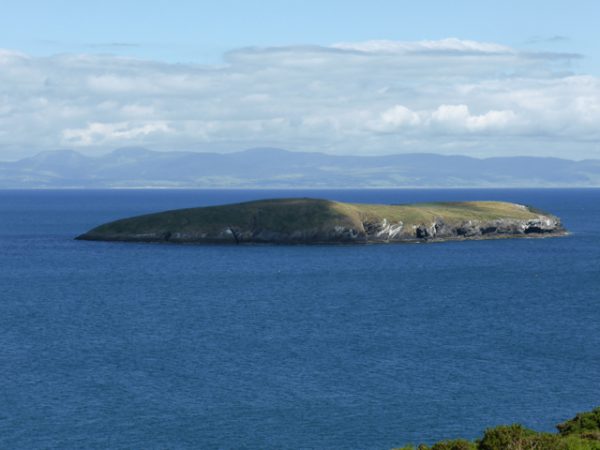 On St Tudwal’s Island East are the remains of a priory circa 1290 said to have been the place that Saint Tudwal, who died around 564, chose to spend time as a hermit. Tudwal later travelled to Brittany and set up a large monastery. Author Carla Lane reportedly now owns the island. 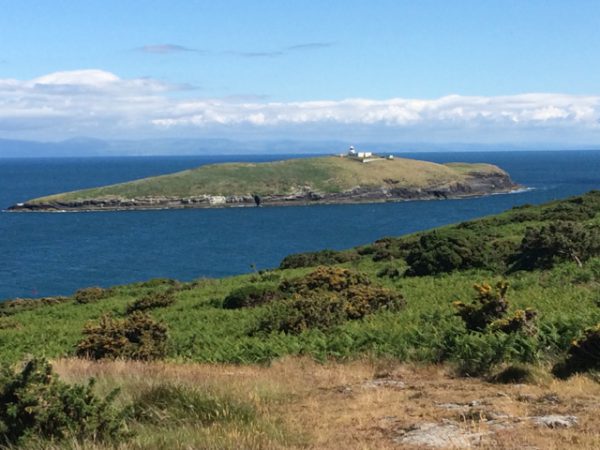 St Tudwal’s Island West is the home of St Tudwal’s lighthouse opened in 1877. The tower is 35 feet tall and the main light carries for a distance of 14 nautical miles (16 miles to those of us who live on the land). The lighthouse is still active but became one of the first automated lighthouses in 1922 and was electrified in 1995. The lighthouse keeper’s cottage is said to be a holiday home of the adventurer Bear Grylls.

These two islands are supposedly heavily populated by grey seals. We have been keeping a keen eye out, but have not spotted any. We contemplate following the coastal path a bit further, but I catch sight of the next stage of the path as it goes close to the cliff edge. Despite wishing I could get over this phobia I am struck with trepidation about the next few hundred yards. I convince myself I can do it, but there is a voice in my head telling me I don’t need to. Needless to say we turn around and retrace our steps. 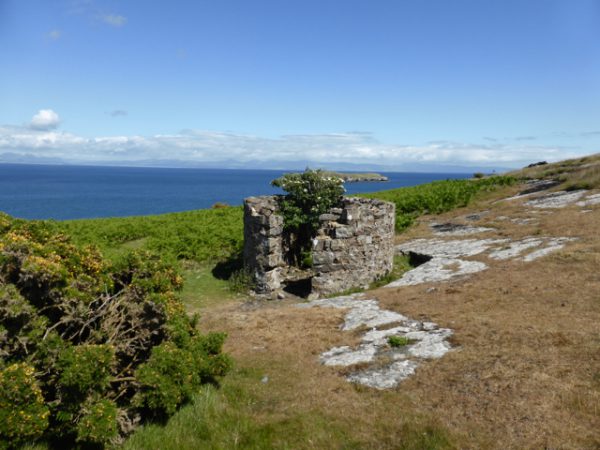 When we get back down towards Borth Fawr beach we follow a sign for the coastal path taking us back over Abersoch Golf Course, to the village. Abersoch Golf Course was originally designed by Harry Vardon and opened in 1908. A mixture of links and parkland, the links holes we walk past look easy enough on a still day. I imagine when there is a “bit of a blow” it is a totally different story. I am not sure I would want to play regularly on a course with a popular footpath going through the middle. For a man who hits the ball left to right the footpath would be in play for me on a number of holes.

Back in Abersoch we go in search of an ice cream for Lynnie. We soon discover that the ice cream prices are structured for the Porche drivers and despite my encouragement Lynnie says she cannot justify the price. (Now that’s a first, they must have been expensive!) 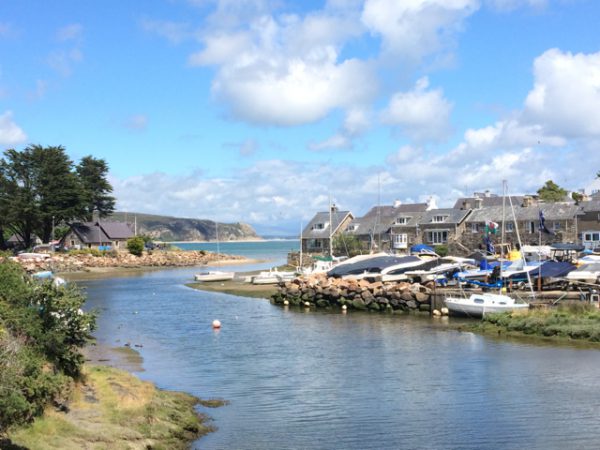 We head back to the car, chatting, we conclude that we are pleased to have visited this area, it’s been interesting and the scenery stunning. Unfortunately, because of the way it has been popularised it is just not our sort of spot. The local character has been lost and it feels like a couple of other places we have visited on our travels, Aldeburgh for example. I am sure it is fine in the summer or school holidays, but I worry about what is left for the few remaining locals when the holiday cottage and second homeowners depart. 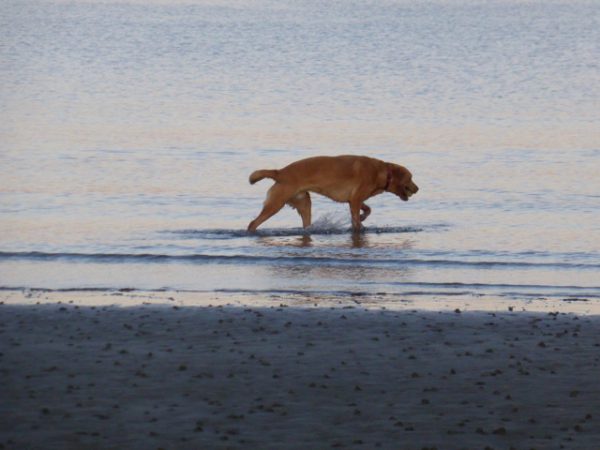 Back at Swn Y Mor it is another cracking evening so after eating we decide to stroll down to the beach to take in the scenery and to allow the boys to have a run around. 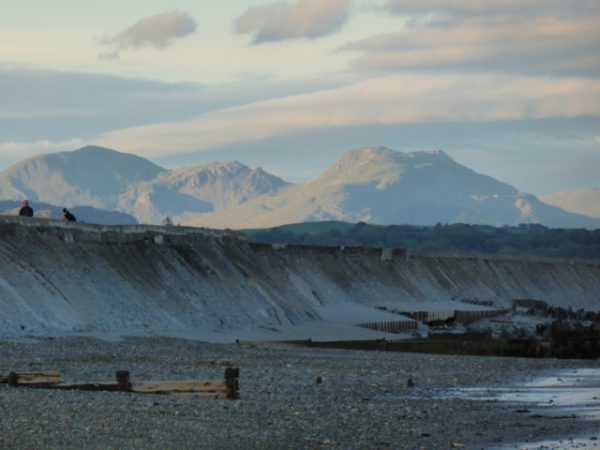 We are treated to a stunning sunset and the views across Cardigan Bay and into the mountains of Snowdonia are top draw. 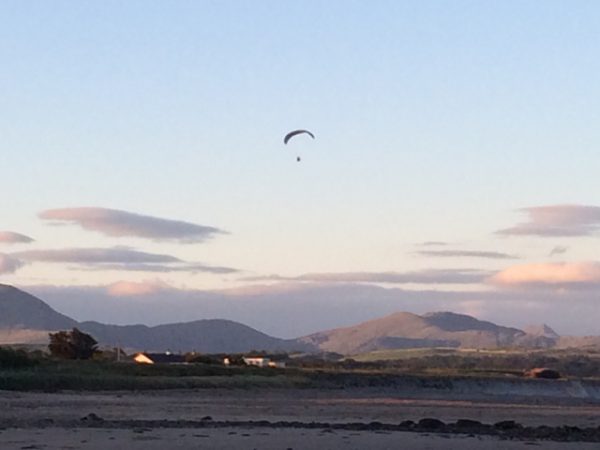 As we wander there is the constant hum of a couple of micro lights flying above us. They are certainly enjoying the evening too.