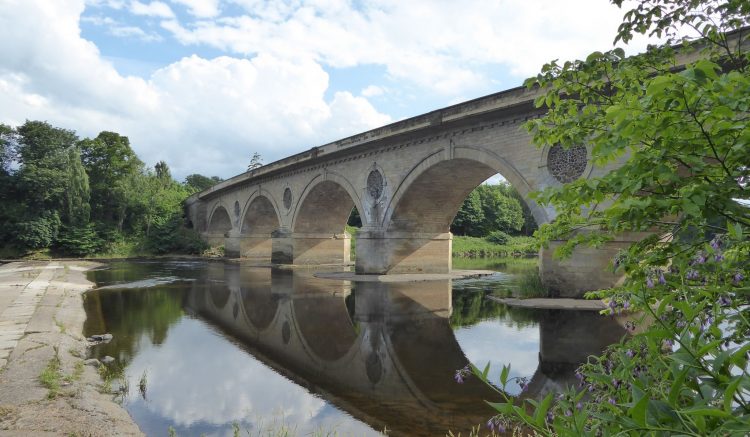 We are only stopping at Paxton House for a few days and despite having been here a couple of times in the past we are still keen to explore the area.  On previous trips we have visited stretches of the coast but have done little walking in land.  So today we head a few miles west to Coldstream.

Our walk begins from Home Park free car park towards the west of the town.  Leaving the car park turn right onto the main road and just before the bridge descend the steps down to the Leet Water and follow Penitent’s Walk towards the River Tweed.

Staying on the path as it follows the river we climb to the start of Nuns Walk.  This pathway and Penitents walk get their names from the walks taken from the 12th century Cistercian Priory that stood in the centre of Coldstream close to the current Market Square.  The nuns from the Priory are reported as having played a role in the nearby Battle of Flodden on 9th September 1513, when they used carts to carry the dead and injured from the battlefield.

Rather than follow the path around the river we climb some steps and arrive at Henderson Park.  This park was donated by a Dr Henderson and was formerly his tennis court, it was opened on 16th May 1961 by the Queen.  There are fine views across the River Tweed to the Cheviot Hills from here. 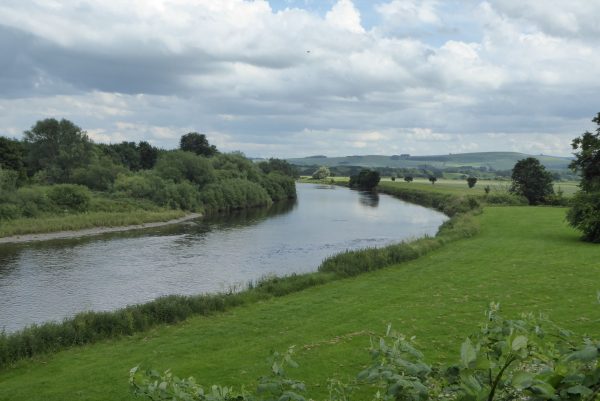 In the park stands a stone that was presented to the town by the Coldstream Guards to mark the granting of freedom of the Burgh to the Regiment in 1968.  The stones inscription highlights that it was near here on 1st January 1660 that General Monck crossed the River Tweed to start his march to London culminating in the restoration of King Charles II. 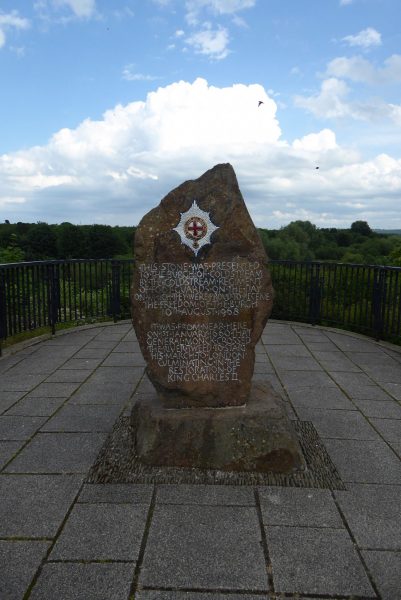 We turn right and walk along the road soon reaching the Marjoribanks Monument.  This is a tall column topped by a statue of Charles Albany Marjoribanks  (1794 to 1833) who was elected as the Liberal MP for Berwickshire in the 1832 General Election, he died the following year aged thirty-nine.  The inscription on the monument describes him as a man of “high talents, amiable qualities and political principles”. What we would give for MP’s like that these days. 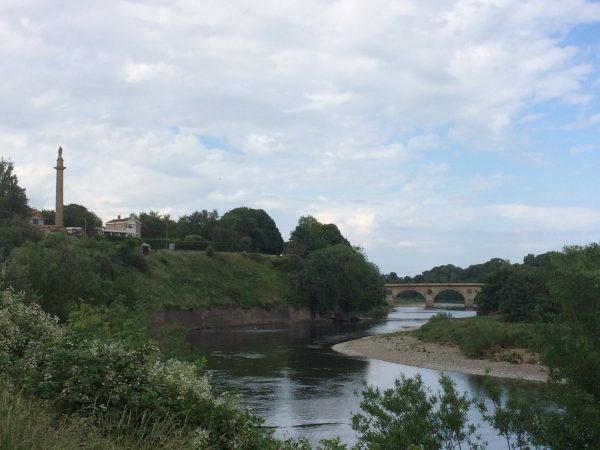 In the last few days we have been following the aftermath of the tragic fire at Grenfell Tower in Kensington.  Like so many we are shocked and horrified by the tragedy, but also by the way that the leaders of the Government and Council have responded.  To have a Prime Minister who feels unable to meet the victims and only stay at the scene for fifteen minutes for supposed security reasons, is unbelievable.  Especially when you consider that security considerations enabled the Queen and her grandson Prince William, who are, of course, the reigning Monarch and Second in line to the Throne to spend hours there and engage with victims and their families.

Lynnie says that in the unlikely event that a statue is created of me she would need to ensure that it stood on a small plinth, to place me on a tall column would be inappropriate given my fear of heights.  Personally I think it is an academic discussion!

We head out of town alongside the main road until we reach the Old Toll House, also known as the Marriage House. From 1856 a change in the law in England meant that three weeks notice was required before a couple could be married, whereas in Scotland there was no need for notice.  Being just across the border the Toll House became a popular location for English couples wanting to take advantage of the more relaxed Scottish marriage laws and at one time rivalled the more famous Gretna Green. 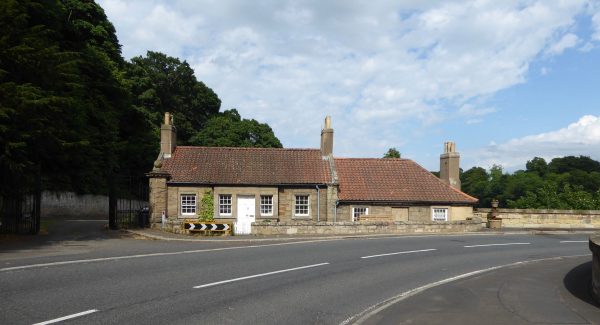 Just before the bridge we go through a gap in the wall to descend steps into woodland and then turn left going under the 1767 bridge, which over the years has had work done on it including major works in 1960/61 to strengthen and widen it.

We stop by the weir that formed part of the 1960’s improvements to provide protection from erosion. 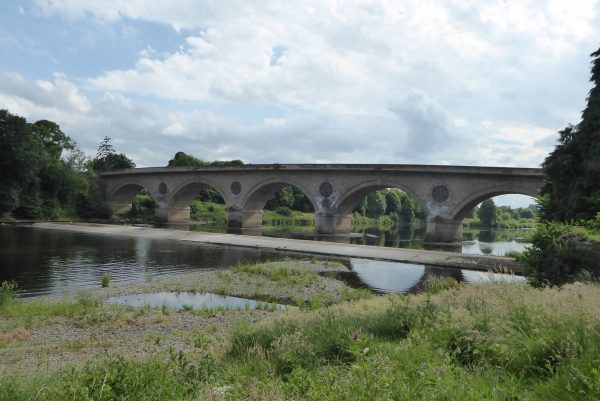 The path heads east along the river, this is a tranquil spot and we pause to watch a chap and his gillie fishing for salmon. 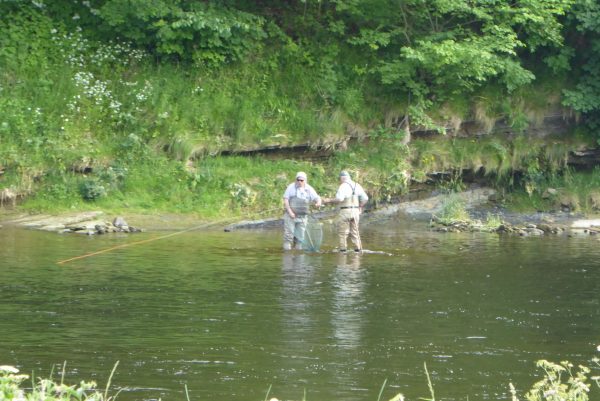 We continue besides the river until we reach a footpath on the left leading through a gate to head up to Lennel.  On reaching the main A6112 we cross and continue up the minor road opposite, after half a mile this road turns to the left and then straightens for another mile to reach another road.  We cross and enter Kincham Woods.

Once in the woods we turn right and follow a northerly path, on reaching the northern edge of the woods we turn left to follow another track through Dunglass Wood.  This soon heads into pine trees; we have previously had bad experiences in such woods so keep a wary eye on our route. 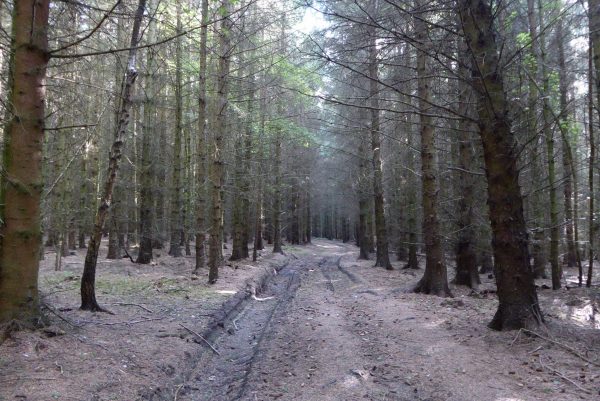 Soon we see a waymarker and follow this to head through the woods and then cross Leet Water at a footbridge.  This leads into a field where we turn right up hill and then follow the waymarkers to the left heading along a track towards The Hirsel.  On the way we pass some large Redwood trees. 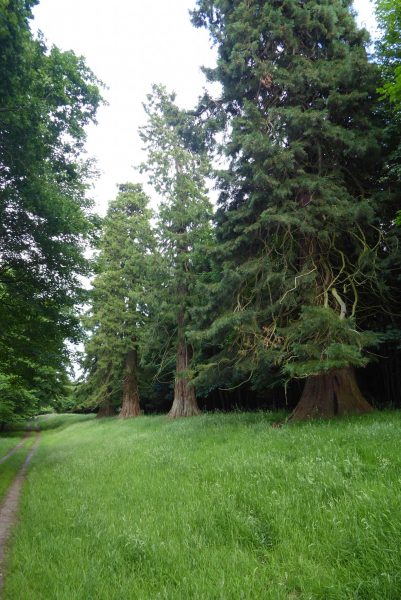 The route turns away from the main house on a tarmac drive and passes outbuildings, we assume they were stables but it is not clear. 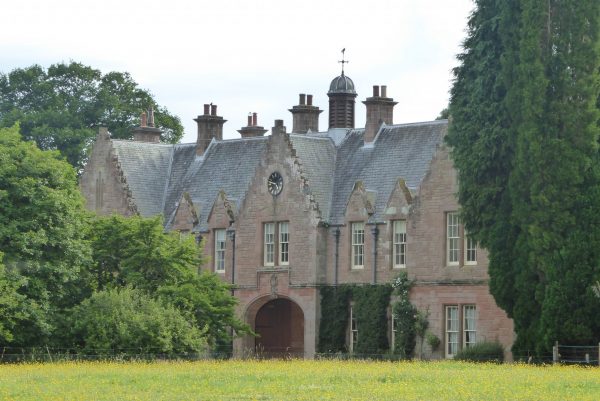 The roadway passes around a field and then back towards the main house.  This house has been the family seat of the Earls of Home since 1611.  The 14th Earl of Home was the former Prime Minister, Sir Alec Douglas-Home. 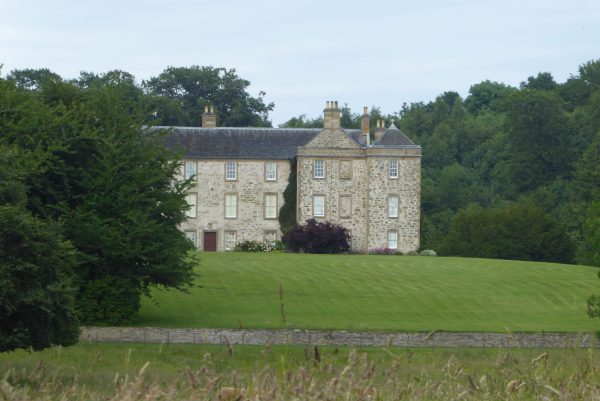 The pathway now crosses Leet Water again and then right to head through woodland.  Soon we see Hirsel golf course below us.  The path continues across a section of the course and we watch as a golfer deposits his ball in the water and then seeks to find it.  Fortunately I mainly play golf on a downland course without water, if I am playing elsewhere and there is water I generally find it! 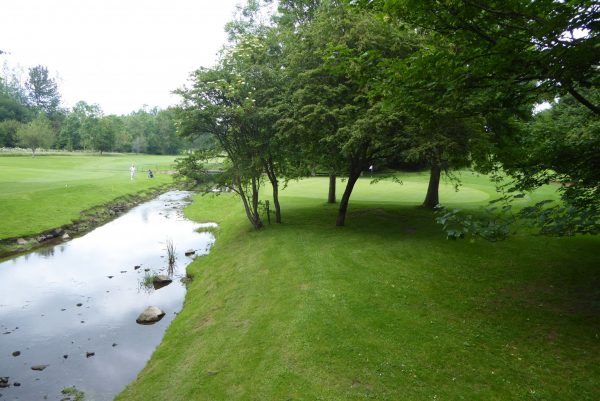 The footpath continues through trees alongside the edge of the fairway and then enters courtyard buildings with some interesting shops and a café, unfortunately they are all closed.

We turn left and follow the driveway out of the estate, the golf course lies to either side, at the estate entrance is a statue of Sir Alec Douglas-Home.

He was born in 1903 and obviously had a privileged upbringing.  He went to Eton and Oxford and also played first class cricket for Middlesex and the MCC, (quiz goers will appreciate that he is the only PM ever to have played first class cricket).  In 1931 he was elected as MP for Lanark at that time he was known as Lord Dunglass.  He served as PPS to the Prime Minister Neville Chamberlain during the time the PM was trying to avert World War II.

He became the 14th Earl of Home on his father’s death in 1951 and resigned his parliamentary seat. Whilst in the House of Lords he became Foreign Secretary and on the death of Harold Macmillan he renounced his title and became Prime Minister and was known as Sir Alec Douglas-Home.  Interestingly after renouncing his seat in the House of Lords and becoming elected as the MP for Kinross and West Perthshire he was Prime Minister for twenty days without being a member of Parliament or The Lords, this is also unique in modern times.

He left parliament in 1974 following the defeat of Edward Heath’s government and returned to the House of Lords.  He died in 1995 aged ninety-two. 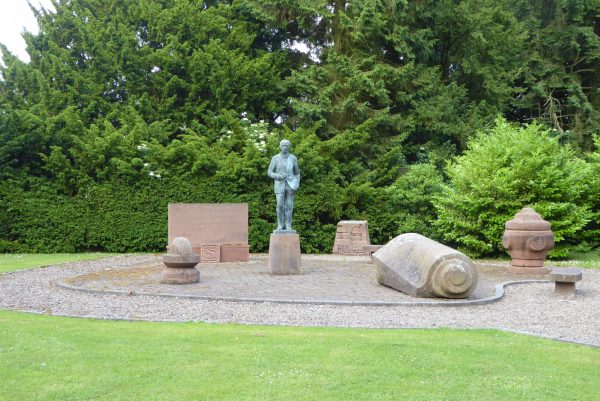 From the gates of the Hirsel Estate we turn left and follow the pavement back into Coldstream.  In the middle of the town we notice a monument with the inscription “Erected by the inhabitants of Coldstream in honour of Sir John Marjoribanks, of Lees, Baronet, to testify their gratitude for his munificent gift of an abundant and permanent supply of water to the Town. 1852.”

Sir John was born in 1763 and became MP for Bute and Caithness in 1812 and in 1814 served as Lord Provost of Edinburgh. He was created a Baronet by patent in 1815. Then from 1818 until 1826 he was MP for Berwickshire.  One of his sons was Charles Marjoribanks whose statue we had seen earlier on the walk.

Lynnie draws my attention to a shop façade that announces W.E Howden, Pet Food Suppliers, Est 1830.  This shop is said to be the oldest pet food shop in the world.  George Wilson first opened it in 1830.  Apparently, Wilson invented the world’s first sheep dip, which was manufactured at the shop and sold nationally. 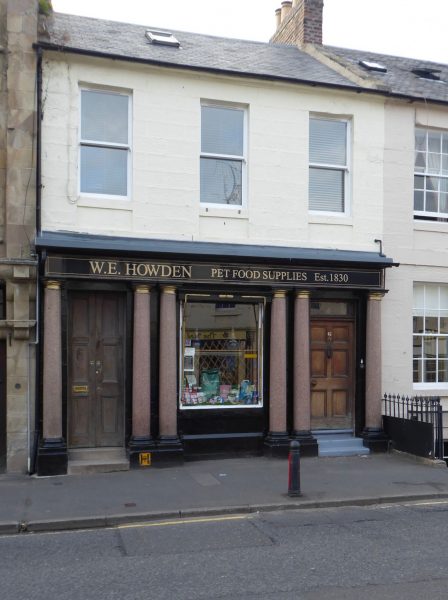 At the turn of the 20th century Wilson sold his shop to W.E.Howden and since then it has had two more owners.  Unfortunately it is closed; otherwise we would have popped in to look at the interior and buy some treats for Dexter and Crosby.

Our stroll has covered just over eight and a half miles and as always we have seen interesting things and learnt a lot as we have wandered about.  Tomorrow we are travelling further north, we are looking forward to making a return visit to Knockhill CL at Strathkinness. 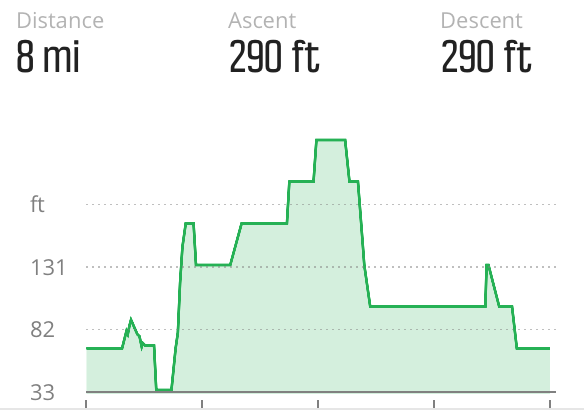