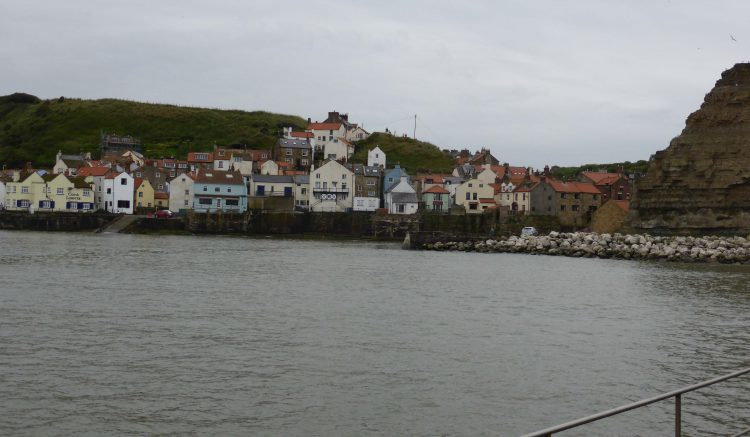 We decide that a restful day is required to aid the recovery of Lynnie’s back. She is feeling a bit sore, so unsurprisingly does not fancy a long walk. So it is a walk in the morning around the local lanes for me and the dogs. We start to prepare ourselves for a trip out and then I get a migraine.

I am getting a bit irritated with the frequency these migraines are occurring this one is the third in the last four weeks. I had hoped that stopping commuting might reduce them, but obviously not. It is probably time to try another lot of acupuncture to see if that helps.

Eventually we reach our destination, the attractive fishing village of Staithes. We park at the top of the hill and get a panoramic view of the potash mine. Not the most attractive views but Boulby Mine is a major producer of the potash that is required to make fertilizer. This is one of the deepest mines in the UK.

Staithes was once one of the largest fishing ports in the UK. In its heyday there were 300 men employed in fishing here, with three trains a week delivering fish from the harbour to the rest of the country. Now the fishing industry is mainly lobsters, apparently Staithes is now the tenth largest lobster port in England and Wales. 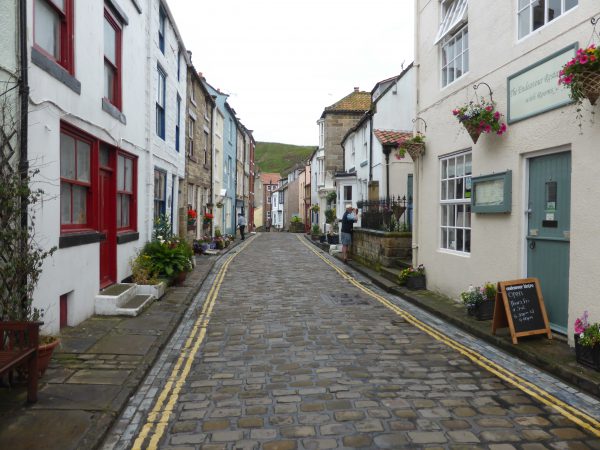 The attractive cottages are now mainly holiday lets. This must be like a ghost town in the winter. The cottages take a fair battering from the weather, but it is probably the deposits of the huge gull population that has the biggest effect. The place is absolutely smothered with droppings and as we walk we try to avoid the frequent splats. Lynnie puts up the hood on her jacket as a precautionary measure. These are not small birds and being hit by one would probably necessitate a change of clothes. 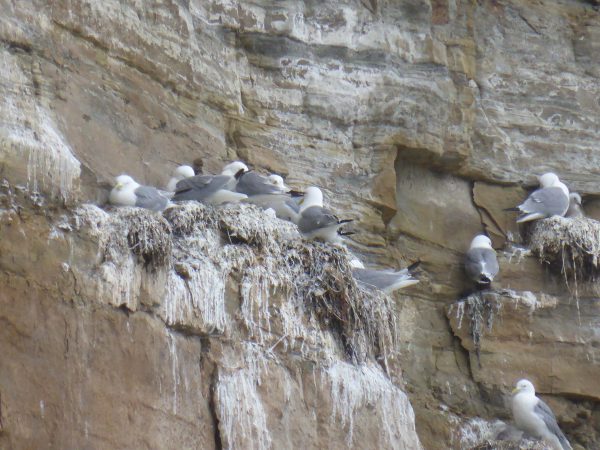 A few years ago Lynnie was the recipient of a present from one of our local wood pigeon population. It caught her on top of the turnip and made a right mess of her hair. It was not a laughing matter. (Although five years on the memory still raises a smile.)

At the bottom of the hill and into the village we pass a vintage shop. There in the front is a cold box identical to the one that I put in a skip as we were clearing out our possessions to put them into storage. It makes us speculate how many of our possessions are now considered vintage.

We reach the harbour. Along with history as a fishing port it is reported to have been a haven for smuggling and you can see how the isolation of the village would have made it an attractive spot for a clandestine landing.

James Cook (later known as Captain Cook) came to Staithes at the age of sixteen. He originally came to the village, from his home town of Great Ayton, to work in a grocers shop. It is said that whilst here his attention was drawn to the sea. The young James Cook worked and lived in Mr. Sanderson’s general dealer’s shop, that building was destroyed by a storm that lasted six days in November 1767, twenty two years after Cook had left.

Today a house stands in the village with the name Captain Cook’s house (why miss out on a tourist opportunity) and it is said that the building incorporates parts of the salvage from the building that Cook lived in on the quayside. 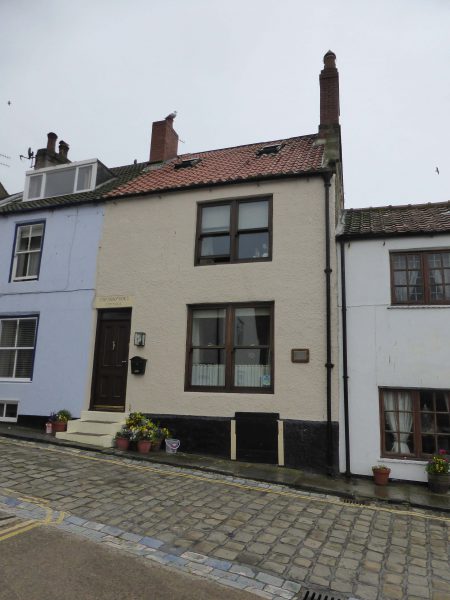 We wander around to the lifeboat station. The RNLI first had a station at Staithes in 1875, but this closed in 1922 due to a combination of the difficulty of launching a boat and the shortage of lifeboat men due to the decline in the fishing industry. When the Ministry of Agriculture and Fisheries built the breakwaters and made a harbour the fishing industry revived and in 1928 the lifeboat station reopened.

Lynnie wanders out onto the harbour wall, whilst Crosby speculates on the chances of catching a gull. The fact that they are thirty feet above him does not deter him from his plans.

Lynnie returns wind blown and we amble back up the hill to the car park. The gulls can rest easy now that Crosby has departed.

On our way back to the Unicorn we have a brief stop at Runswick Bay. The combination of Lynnie’s sore back and my sore head puts us off further exploration. Lets hope we are both feeling sharper tomorrow. 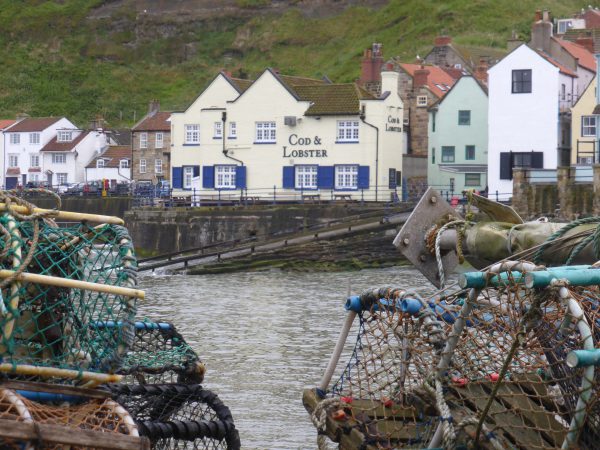