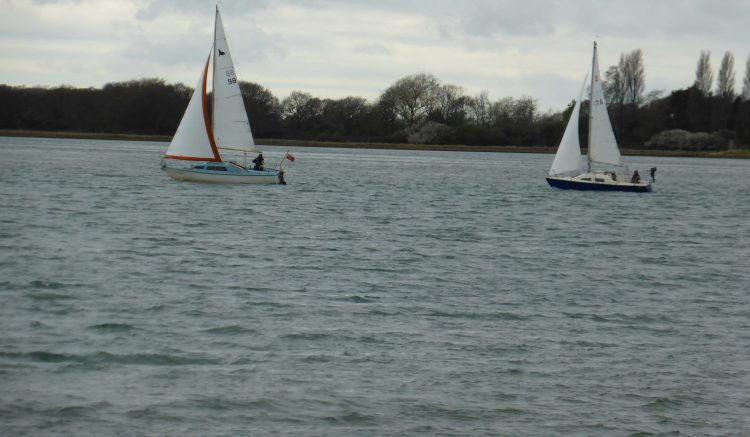 After subjecting Lyn to a few steep hills on the Sussex Downs yesterday there is a plea for a walk that does not include any inclines. So a glance at the map and we are off to walk around Thorney Island.

This peninsula juts into Chichester Harbour and has an airfield that was built by the RAF in 1938, it was thereafter used by the Royal Navy and in 1984 it was transferred to the Royal Artillery. Now known as Baker Barracks it is only a short distance from the start until you become aware of the military presence, but more of that later.

The walk clockwise from the car park soon takes you to Thornham Marina. Now I am not one for the sea and I fail to see the attraction of owning a boat, but then again I am sure the Sea Dogs would not fancy spending a week in the Unicorn. Every time I have been near a marina the main activity appears to be cleaning the boat. I comment that presumably there are times when they do cast off and venture out and to prove the point Lyn soon snaps shots of boats. This makes a change from sheep, there is not a ewe or lamb in the country that will be safe from her view finder. 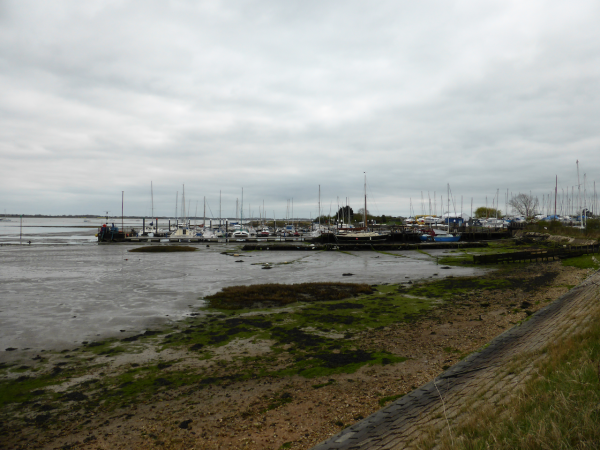 It is clear when you enter the military section of the base, razor wire and cameras abound and there is a security gate where you have to press for entry. You are advised that the walk will take you approximately three hours, (stern looks from Lyn!). You are told not to venture from the footpath and there are security patrols and guard dogs, not to be confused with guide dogs!

So off we go looking over our shoulder and making sure that every step is on the path, at one point Crosby makes a detour six feet off the track to cock his leg. I think he got away with it because no alarm sounded. 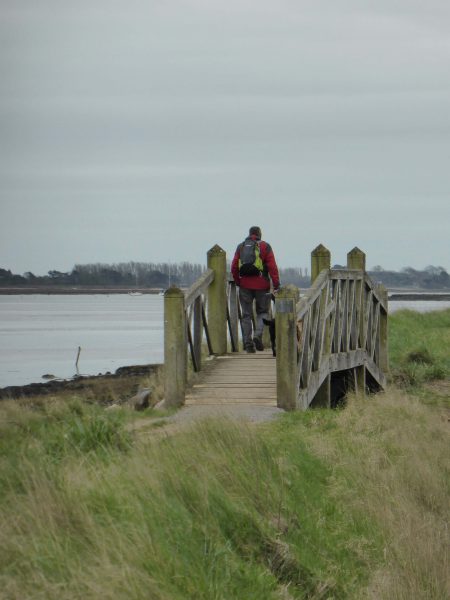 Our picnic lunch is on a bench by St Nicholas (Patron Saint of seafarers) church. You will notice that a picnic is obligatory when we set off for a walk. Then we walk by the RSPB nature reserve at the bottom of the island. 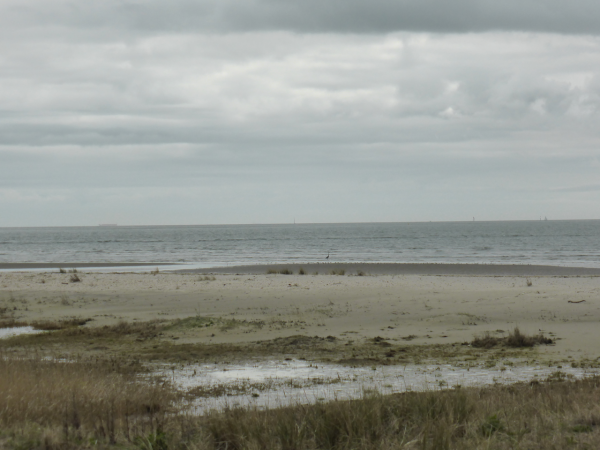 As we turn to the west the breeze gets up and the path is covered in the detritus that has been blown up in the winter storms. As we pick our way through the variety of items it makes you wonder how much stuff is floating around out there.

A few moments of reflection as we stop at benches placed in memory of two young servicemen from the barracks that have lost their lives in action. One in Iraq, the other in Afghanistan. Whatever your view of these conflicts it is impossible not to be moved.

Dexter then finds a new delicacy, a crab’s claw. Dexter has spent most of his life walking on the chalk downs of Wiltshire, not an area renowned for sea food. So you might think that a few moments checking it out would be sensible. But in Dexter’s world to hesitate means that Dad might spot your next snack therefore devour as quickly as possible.

Finally we reach the military West Gate. Similar to the one on the east with one obvious addition, a padlock! A chat with the chap in the control room and we are initially advised that the gate is closed and that we have to retrace our steps. Now in my younger days I would have questioned why it did not say this when we entered through the East Gate, but I have seen the films when the innocent challenge the authority with disastrous outcomes, so just ask if he is sure.

By this time Lyn has a look on her face that suggests that if she encounters the chap who has padlocked the gate he will definitely need his guard dog. But, then another voice comes through the speaker and we are told to walk on the road into the camp and then follow the road out.

So an eight mile walk around the Island and we did not see the patrols but I am sure they saw us. It felt a bit like walking in the woods near home. You rarely see the gamekeeper, but you can be sure that he knows you are there. 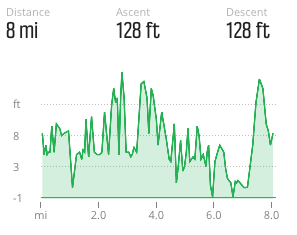