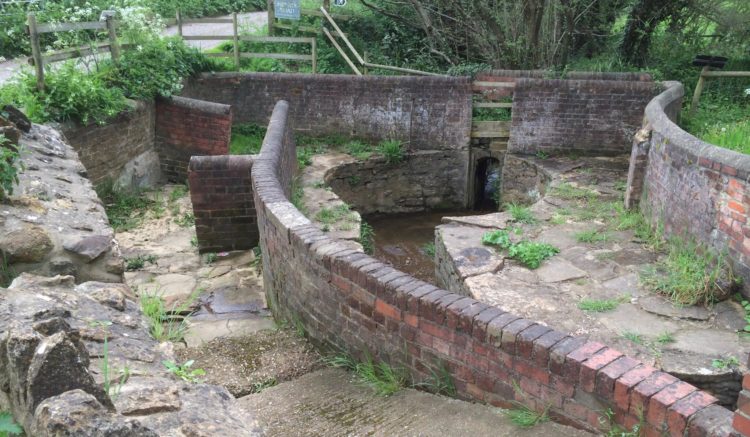 As Frankie Valli and the Four Seasons sang ‘Oh what a night’. When heading to bed we hear that strong winds are forecast in the west with possible gales in coastal regions. We are on a hill above Bridport (in the West), less that an hours walk to West Bay (coastal region). There was a brisk breeze when we turned in. Nothing to worry about.

At 1.30 the wind was up, as was Fred. Having checked the awning was secure and reassured Lynnie we settle down to try and resume sleep. An hour later we are still awake and now being buffeted by the wind. Another check that all hatches are battened down. All secure we can relax. Then it starts to really blow. I am not a fan of fairground rides and this brings back memories of the early 70’s in the Salisbury Market Square on the Waltzer. The ride has started and you want to get off, but you have to wait for the music to stop and every time you relax the ride speeds up. Eventually at 4.00a.m it eases.

Dawn breaks and fortunately nothing else has during the night. We still have the caravan and awning intact. My initial plan was to go and watch Saints today, but more strong winds are forecast for this afternoon so I decide it would be sensible to stay closer to the van.

Time to make the most of the calm weather, the dogs and I take our usual morning route, but as we climb up the Ebb Plantation we turn right, instead of our usual left onto Monarchs Way. Soon we join the lane, Broadoak Road, to Symondsbury.

Entering the village we come across the sheepwash, the original construction is said to have been built during the Napoleonic Wars. It was used in the early 1950’s to wash the sheep before shearing, this increased the price of the fleece. In the 1960’s the sheepwash was used for dipping, the dipping solution running into the stream, not something that continued for long! An interesting piece of agricultural history. 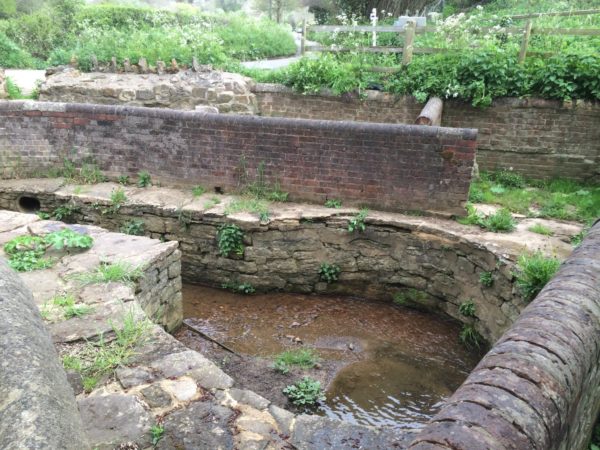 Further along we pass the old village school, still in use, and the substantial church looking over the village, around the corner the attractive thatched pub ‘The Ilchester Arms’. We walk on to the lane between Sloes Hill and Ryeberry Hill and into Bridport before making our way uphill to the van and breakfast.

Last year Crosby made his first caravan trip to Silverhay Farm CL near Netherhay. During our stay we walked around Lamberts Castle, an Iron Age Hillfort. This afternoon we head there again. There are usually amazing views, today curtailed by low cloud and we are buffeted by strong winds. 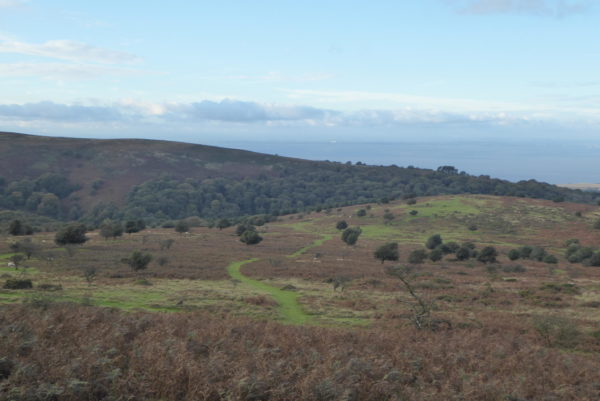 We walk down Combe Drain approaching Geat Combe Farm where gates and cows waiting to be milked block our way, the lady farmer ushers us through. On Long Lane the verge is covered in bluebells, we go through Coney’s Castle, another Iron Age hillfort, and return to the car. 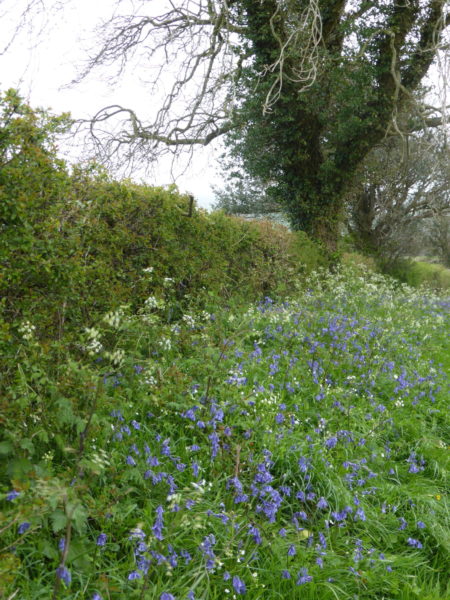 Just over three miles and all cobwebs blown away. To our surprise when we got back to the car Crosby jumped in! That is the first time he has done that without his dinner being there to tempt him.

On the way back we see a sign to Seatown. Years ago I visited the Anchor Inn with Bill and Lyd on the way to visit Maff at University in Exeter. Down memory lane we go, but the Anchor Inn is closed for refurbishment, apparently the winter storms have caused structural damage. Let’s hope it is open for the summer.

We stop at the sea front at Charmouth. The wind has gathered force and waves crash over the sea wall. A much smaller version of last winter’s gales, it must have been both spectacular and scary at the height of the storms. 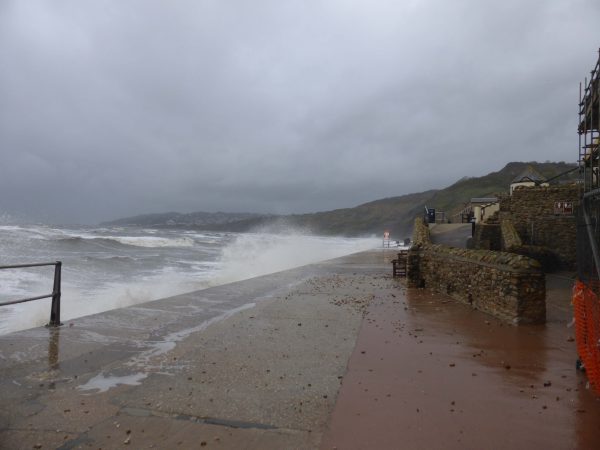 A quick stop at the Ilchester Arms in Symondsbury, proves it is as attractive inside as outside and serves a good pint of Palmer’s Best. There is a stag party warming up, good banter going on. Lynnie wonders which is the Bridegroom. I suggest it might be the chap with a full beard wearing a short skirt and a basque. Obviously to her this is de rigueur for a chap in a village pub in West Dorset.