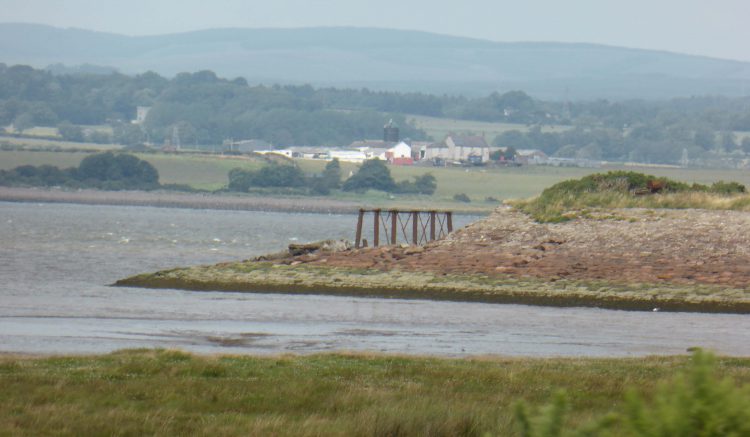 After our exploits climbing Skiddaw yesterday we decide to take a more leisurely walk today. When you look at the Ordnance Survey map of this area there are vast expanses of sand and mud around the Channel of the River Eden with numerous Nature Reserves. So we decide to go a few miles north to walk along the shoreline and see what we can spot.

A pleasant drive from Abbeytown takes us around the coast to Bowness-on-Solway. The tide is high, but receding so quickly that more and more sand and mudflats are being revealed.

We park outside of Bowness-on-Solway and walk into the village passing the ruins of the railway viaduct that crossed the Solway to Annan in Scotland. The viaduct was over a mile long and made of iron girders and opened in 1869, in 1875 and 1881 it was damaged by ice and the silting up of the river caused nearby Port Carlisle to lose trade. In 1914 passenger services ceased and in 1921 it was entirely closed. The bridge was demolished in 1934.

Bowness-on-Solway is an interesting village it is situated on the site of the Roman Fort called Maia, there is nothing left of the fort today but many of the stones were used to build the cottages and houses in the village.

We wander through the village and down to St Michael’s Church, this has an interesting bell tower with twin bells exposed. Border raiders stole the original bells of St Michael’s church in 1626 and accidently dropped them in the Solway during their flight. In retaliation villagers raided Dornock and Middlebie and made off with their bells.

Back through the village and we pass at least four working farmyards with their old stone buildings still being used as intended. A rare sight to see so many still in use in such a confined space.

The village is popular with tourists because it is at the most western point of the Hadrian’s Wall footpath and this is the route we are taking as we head out of the village. We head down to the Banks an old recreation area, where local people relaxed, overlooking the estuary. There is a wooden arch that announces the start (or end) of the Hadrian’s Wall footpath. The sign above tells us that the walk is 84 miles to Wallsend on the east coast. We are not intending to walk that far today. 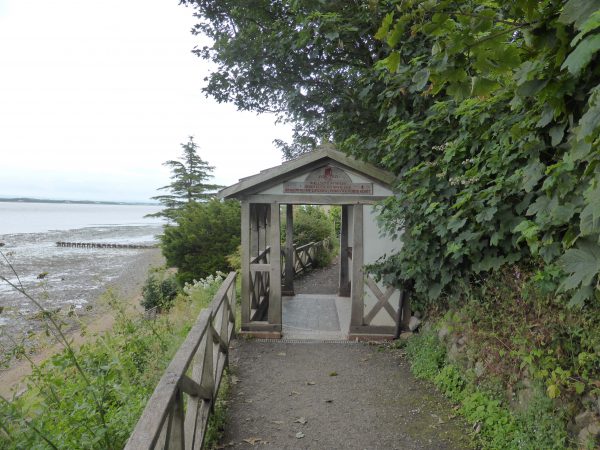 The path soon takes us back onto the road and we continue to Port Carlisle. Here we leave the road and the main village to follow the riverbank. In front of us, in the river, are the remains of an interesting construction. Talking to a lady in her front garden, she explains that it was the wharf where cargo was unloaded and put onto barges to take inland to Carlisle via the canal. 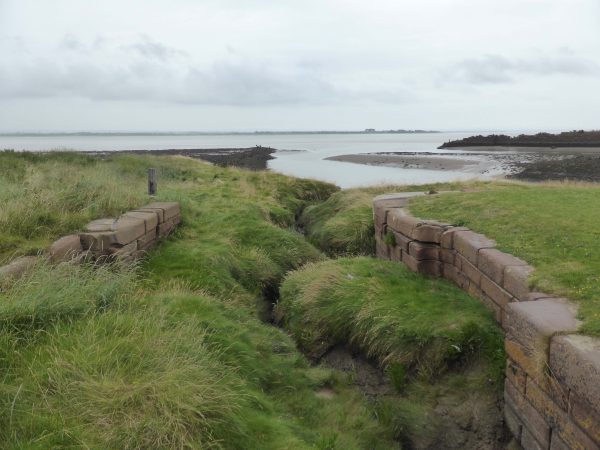 The port was built in 1819 and the canal closed in 1853 when the port silted up. Parts of the canal were later filled in to be used by the Carlisle Railway Company, but the rail service only lasted a few years.

We walk along the edge of the canal until we meet the road which we cross to follow a track up to a holiday camp, here we turn left and walk along the route of Hadrian’s Wall to Glasson we avoid the temptation of the Highland Laddie pub and turn left to cross the course of the canal on an old bridge alongside what was the lock keeper’s cottage.

As we reach the road the rain that has been forecast arrives so we venture back along the road, then the canal footpath to Port Carlisle, from here we retrace our route to the car. We have meandered along for three and a half hours covering about seven and a half miles, occasionally (especially when it rained) walking briskly at other times taking in the scenery. An interesting afternoon but nowhere near as spectacular as yesterday. 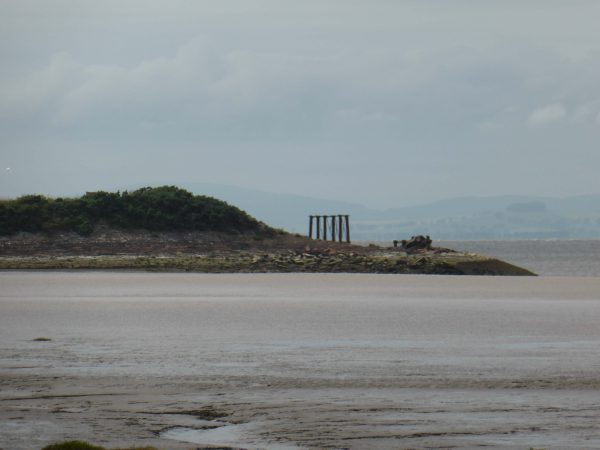