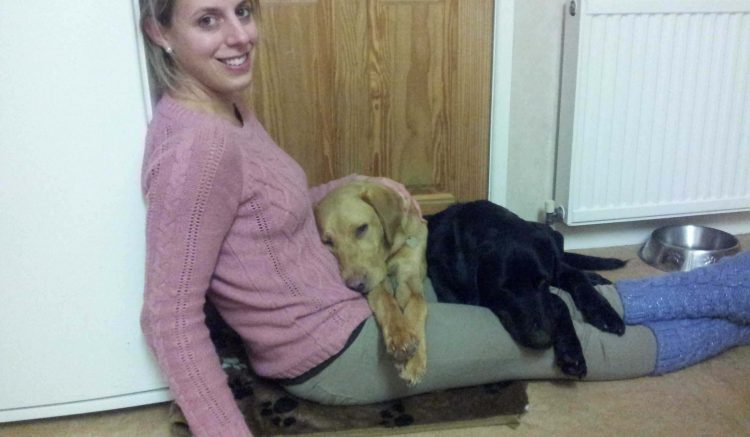 After all our preparation yesterday we get an early start. We have spent the last week on Blackwell Hall CL, the views are stunning and all the pitches have hard standing. It is one of those sites where you have to go and find the owners and we have not seen them on the site all week. There is also a lack of any local information. It is not that we want to be told what to do, but sometimes it is good to have someone around to impart their local knowledge.

A steady three-hour drive and we arrive at Cholsey Grange CL in the village of Ibstone. This is a cracking site set in the Chiltern Hills and has views to rival or even better those we have just left in the Peak District. We stayed on this site last year because it is close to Lolly’s home. When we arrive the site owners, Ted and Jackie are there to greet us. It is a bit like returning to old friends.

Ted is one of those site owners more than happy to share his local knowledge, (he was born here and obviously knows the area intimately), there is a pack of information and it is clear that if you want to know anything either Ted or Jackie will be happy to help you out.

We set up and Lolly soon arrives to lend an additional hand in erecting the awning. (As many of you will know her name is not really Lolly, but when about two or three she picked up the nickname Lollipop, which has been shortened to Lolly – I have never used her proper name, unless she was in trouble, which was very rare.) It is great to see her, it is three months since the last time we were together and we have missed her lively presence. She is not only our daughter but also one of our best friends.

We have had to become used to Ben being away from us for long periods, his travelling lifestyle means that it is often years between visits home, but we usually see Lolly ever few weeks so being apart for so long has been strange.

We catch up on news and cut into the cracking chocolate cake that Lolly has made (a skill she has acquired from both her grandmothers – Lynnie rarely bakes a cake!). Then I wander off with the dogs for a walk in the woods.

I like walking in this part of the country, it is a gem that I only discovered a couple of years ago and whilst there are not the heights of the Yorkshire Dales or the Peak District there are still some pretty steep climbs. I am looking forward to a couple of days wandering around here.