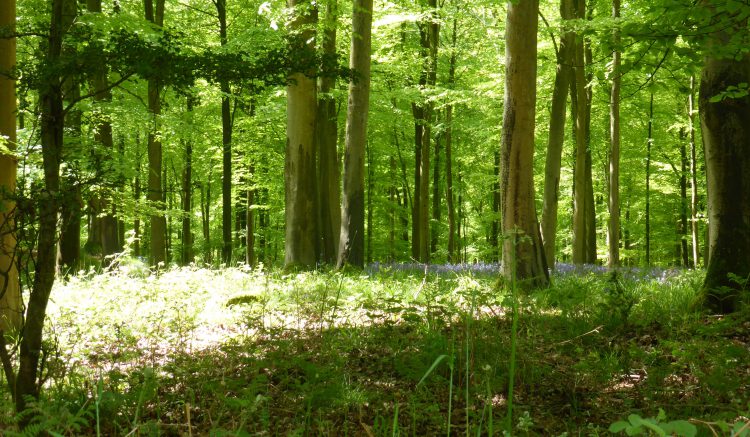 After a few days in Taunton we have returned to Pitton for just over a week to catch up with family and friends. Our visit coincides with Saints’ last home game of the season, so on Sunday I headed to St Mary’s. Predictably, with a number of players destined for World Cup duty, it was a meagerly contested draw.

Believe it or not we are still off-loading excess baggage, so a trip to our storage unit is called for. After six weeks in the Unicorn we are now getting close to knowing what we actual need to carry as we prepare for the next stage of our adventure.

For a few days I have been walking familiar paths, so now it is time to explore in greater detail the area we usually live in. It may sound odd, especially given how much walking I do, but there are footpaths and bridleways only a few miles from our home that I have never walked. So today with map in hand we head off from Whitehill Farm and walk towards Farley. We enter Church Copse and at the junction of five paths take the left into Houndwood. I last walked this track about twenty years ago with my dog, Baggins, that day it poured with rain, but not today. 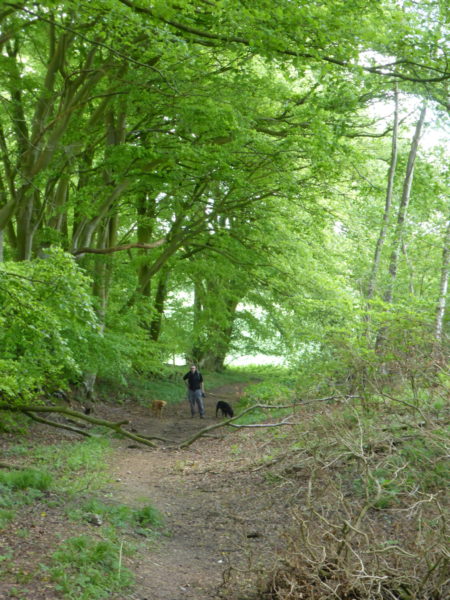 On reaching the road we turn right for a few yards taking the footpath opposite. This is new territory for me. Following the wooded path we soon cross open fields before entering Bentley Wood we follow the track straight on until we reach the Barn at Redman’s Gore. The barn provides useful information about the woods and the wildlife that has been recently observed.

The information leaflet picked up in the barn explains that the woods were purchased by a charitable trust in 1983 using funds donated by the late Lady Colman, who lived in Winterslow. The site was designated a site of special scientific interest in 1985.

Many of the older trees in the woods were felled in the two world wars. During World War II the American Army used some of the clearings in the woods for training and the tracks that were built in the 1940’s are still present.

Our route today takes us straight through the wood and out onto open fields before we reach the road. Crossing the fields we get a good view of Norman Court. At the road we turn right and head towards West Dean. After half a mile or so we turn right and re-enter Bentley Wood. This time we are walking between Beechwood Copse and Elm’s Copse.

Passing Howe Cottage we glimpse the lake created by our friend Mick and then pass Howe Farm and Keepers Cottage. Then we turn left and find a bench in a sunny glade for a picnic where we watch the butterflies. We then turn right and walk through Hawkes Grove eventually joining Bugmore Lane in East Grimstead. 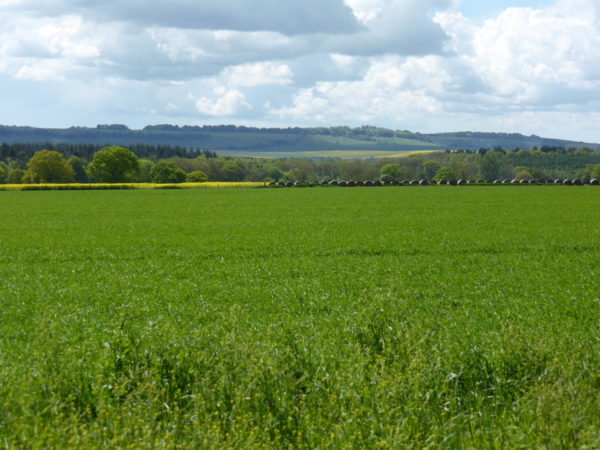 At the end of the lane we turn right and within a hundred yards turn right on to another road. A couple of hundred yards later we turn left, another track I have not walked, and follow the path to Farley. This path takes us through Brown’s Copse, Grassy Common and Farley Copse before emerging opposite the Hook and Glove.

I like the Hook and Glove, it is a proper country pub. It was here that I served my apprenticeship as a beer drinker. Either in the then smoked filled front bar playing darts or in the tiny snug at the back. In that small room I learnt a lot about life and people. It was not a room for the faint hearted, mainly frequented by farmers and cattle dealers, it was here that I learnt to spoof. It was an expensive school, but worth it. (I taught my children to spoof at an early age so that they would not learn the hard way.)

In my younger days I used the snug of the Hook as a testing ground for any new girlfriends. It was not too everyone’s taste and I quickly knew that if the young lady who was then the focus of my attention did not like the Hook there was no point in prolonging the relationship. Needless to say Lynnie enjoyed her early visits to the Hook and still does.

The current landlady, Fiona, purchased the pub in late 2013. Fiona’s late husband Joe was one of the cattle dealers that I drank with in my youth. A real gentleman and he would be pleased to see the way that Fiona has tastefully updated the pub whilst maintaining it’s original character.

Regrettably as we emerge it has not yet opened for evening trade, so we head back turning right and following the road until it meets the track back towards Pitton. Our route has taken us to pastures new and we have covered ten miles. 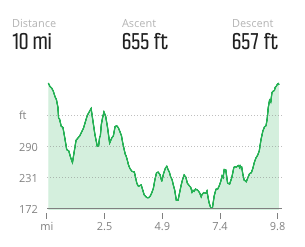