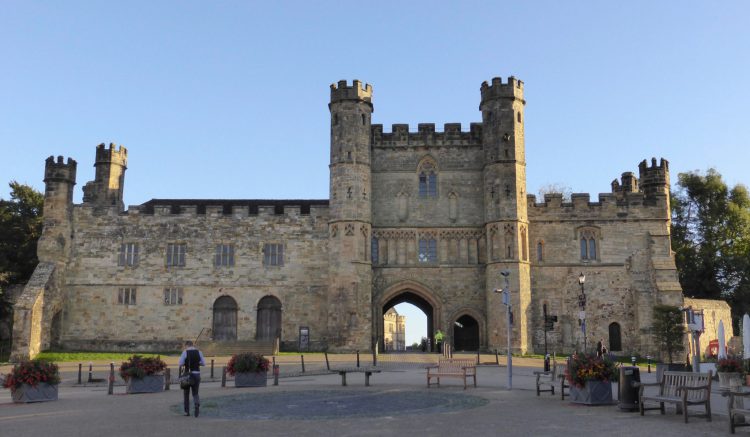 The trip to Battle from Romney Marsh should have been straightforward. However, due to a road closure we had to head east before turning back along the coast. At the best of times a road closure can be annoying, but with over 24 feet of caravan behind you it certainly adds a bit of stress to a journey.

Even with the diversion it is not long before we are pitched at 1 Uckham Lane Gardens, our site for the next week. As per usual once settled with the awning erected we head off for a walk. We have been told it is a pleasant stroll along footpaths into Battle.

We leave the site taking the footpath between the site and the market garden, after going through a fence we follow the path through a plantation of trees. We were advised earlier that the footpath follows the hedge line, but it is almost impassable so the accepted route is the well-worn path around the rise with a seat on it.

After going through an opening in the hedge we get a view of Battle ahead of us. 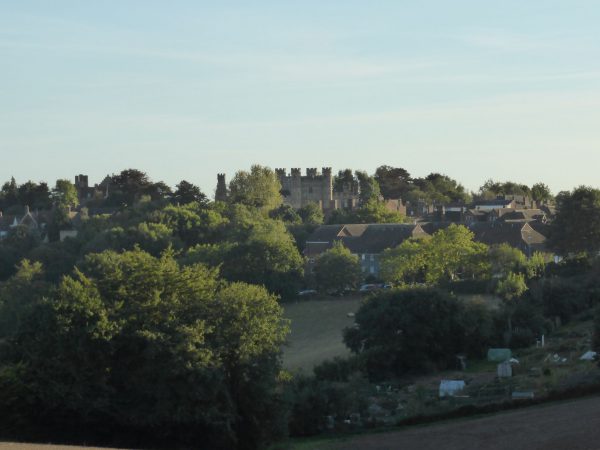 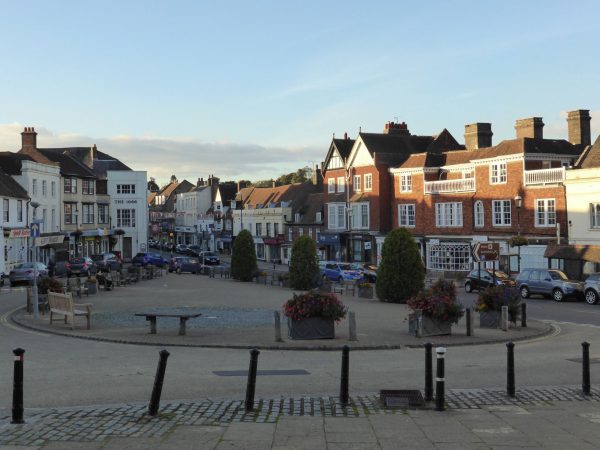 Both Lynnie and I came to Battle over thirty years ago, a local hotel was used as a training venue for a Civil Service management course that we attended at separate times. Neither of us can recall the name of the hotel but I remember it being too far out of town to walk in for an evening pint.

I recently visited Battle to meet a client and passing the Castle immediately thought it would be somewhere Lynnie would like to visit. It is too late in the day now, but we will return before the week is out.

We turn left passing a fine Wealden Hall house; now the Pilgrims Rest tearooms and wedding venue. It is said to be about 600 years old. 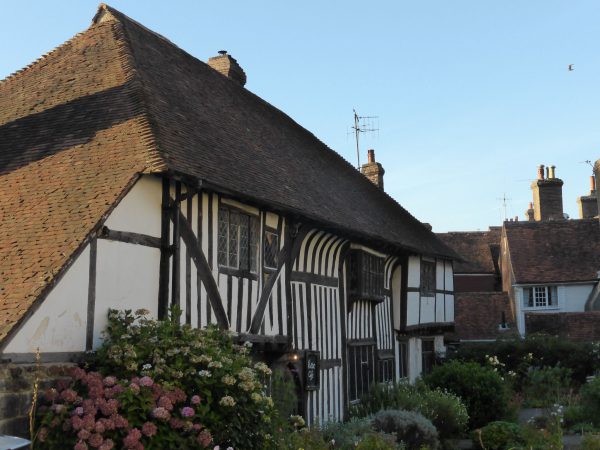 Carrying on along Park Lane we reach a junction of paths and turn right to walk along the edge of the town. At a crossing of paths we carry straight ahead to Market Road where we turn right passing Jempson’s Supermarket.

From the roundabout we return to the High Street and on reaching Mount Street turn left to head back towards our site. This route passes Ye Olde Kings Head; I usually make a point of avoiding any pub or shop that describes itself as “Ye Olde”. However, I am attracted here by a beer garden that the dogs can sit in.

The dogs are always happy to pop into a beer garden, there are usually good pickings left on the ground and with luck a customer willing to share a packet of crisps. This one is a bit quiet for their liking and Dexter decides that Crosby is just the right height to rest his head on for a while. 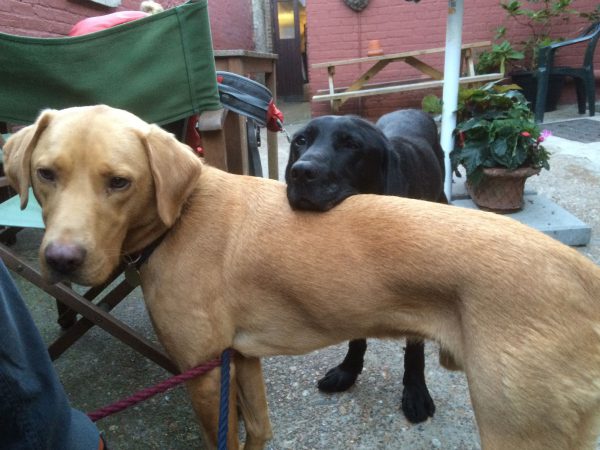 Our drink consumed we head back to Uckham Lane Gardens. It has been an interesting couple of miles stroll and a good introduction to the area.