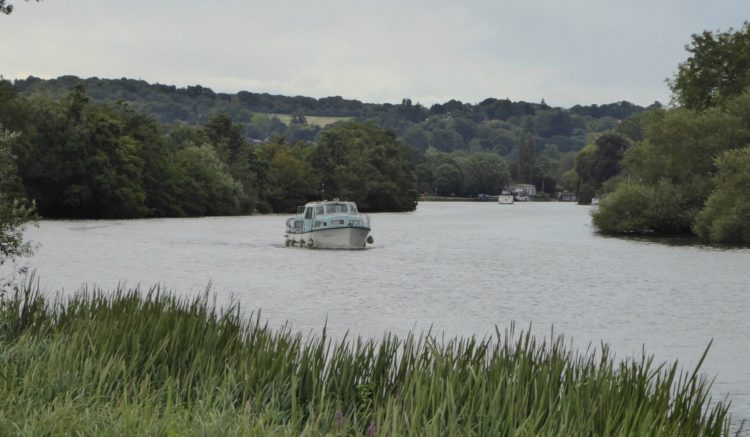 When staying at Cholsey Grange CL we do most of our walking direct from the site.  Usually if we drive somewhere for a walk it is to a spot besides the River Thames.  I have walked a few sections of the Thames Path and today I plan to do a few miles between Marlow and Bourne End.

Lynnie and Lolly are heading out for afternoon tea as part of Lynnie’s extended birthday celebrations, so I drop them in Marlow and then park up by the park.  The weather is looking decidedly iffy and I am torn between starting my walk in full waterproofs or risking a drenching.  As I leave the car park it starts to pelt down, so after a brief delay I start off fully clad.  To get to the Thames Path I pass the Cricket Ground in Higginson Park. 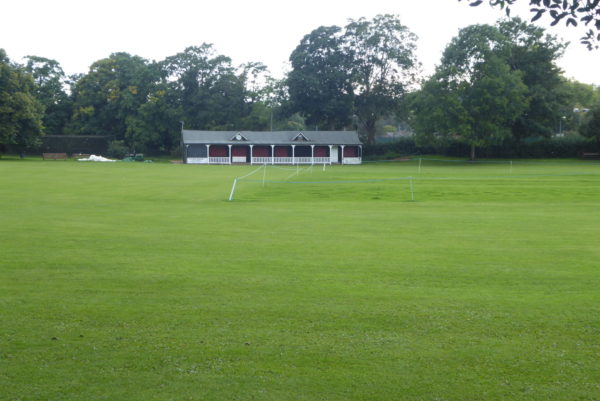 Around the corner is a statue of Sir Stephen Redgrave, he was born in Marlow and as most will know won five gold medals in consecutive Olympics from 1984 to 2000.  It is unusual to see a statue of a living person, more usually they are erected after your demise, at least this way you get to judge if it is a good likeness. 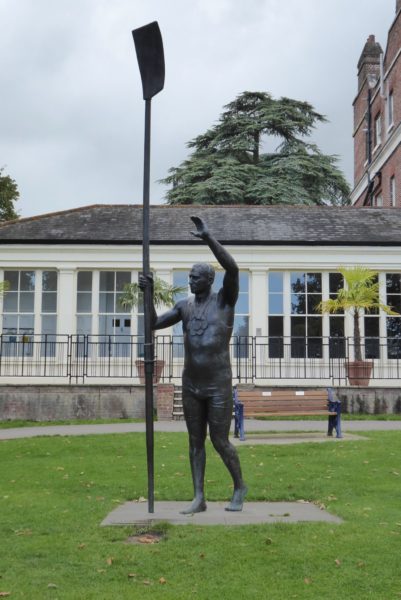 I reach the High Street near Marlow Bridge and cross to take the Thames Path footpath that goes besides All Saints Church.  The Thames Path is well marked as it winds its way through streets close to the river.  Along the way I spot an old Victorian Postbox in a wall. 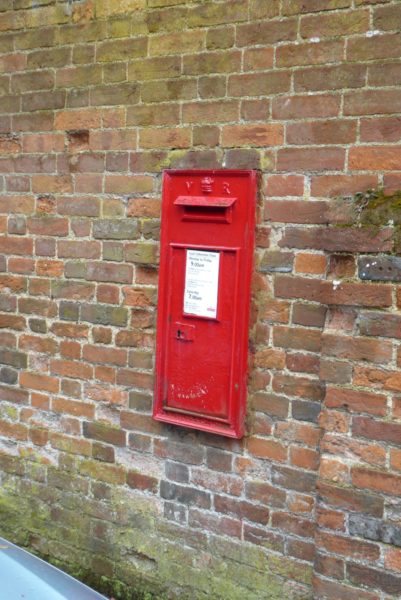 After going through a park the Thames Path joins the riverbank and I head along it, first removing my waterproofs as the weather has taken a turn for the better.  This is easy going not requiring a map; the path is well marked and follows the riverbank soon passing under the A404 into more open countryside. 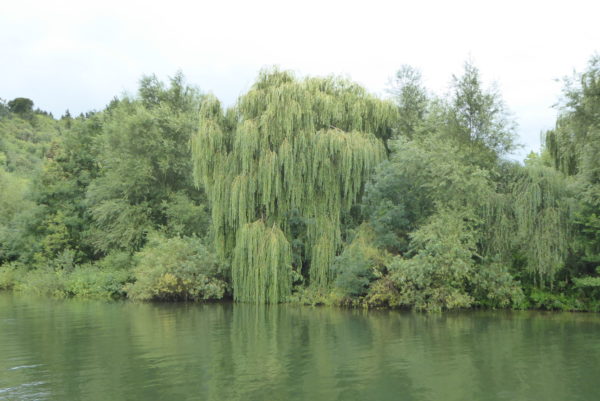 On the opposite bank are some desirable residences; many of them have been given the “Grand Design” treatment.  It is therefore refreshing to see some more traditional homes. 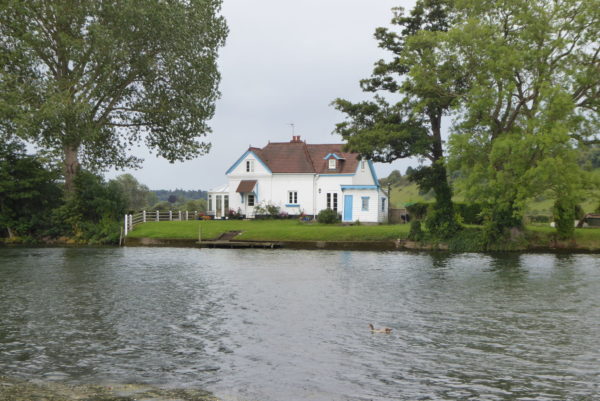 I do so little walking by rivers that watching waterfowl is a bit of a novelty. 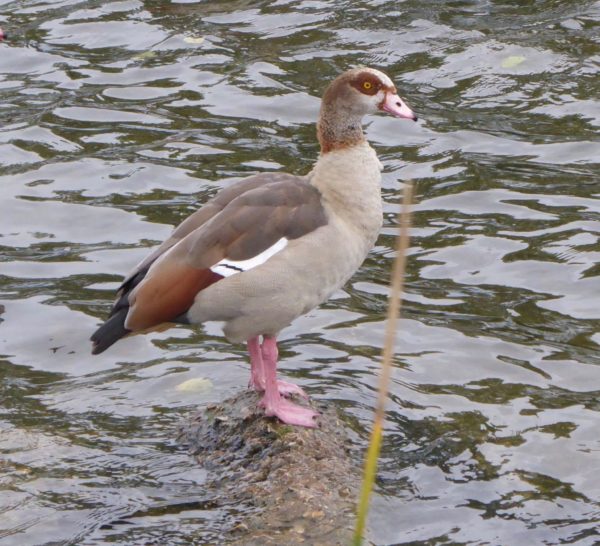 This is yet another area where my knowledge of different species is not as good as I would like.  Increasingly I think I need to fully retire and spend more time learning about the stuff all around us.

I am now approaching Bourne End and the path leads between properties to reach the grounds of the Upper Thames Rowing Club; the path passes in front of the Clubhouse. 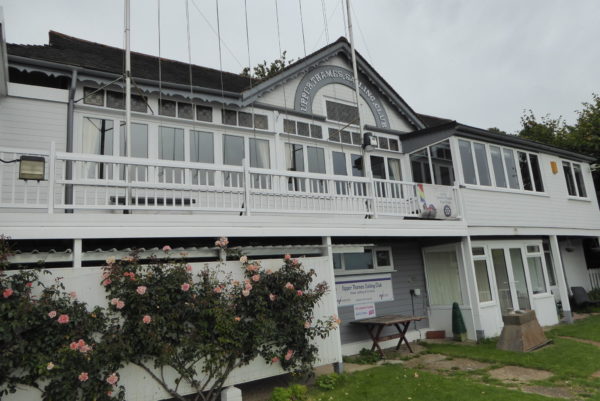 After passing a marina the path crosses the River on a footbridge alongside the railway bridge.  Now on the opposite bank I continue along the Thames Path with the river to my left.  For a while it has been threatening rain and now it starts to lash down, so I quickly don my waterproofs again and check the map and my watch.  I need to start planning a route back in order to meet up with Lynnie and Lolli in Marlow. 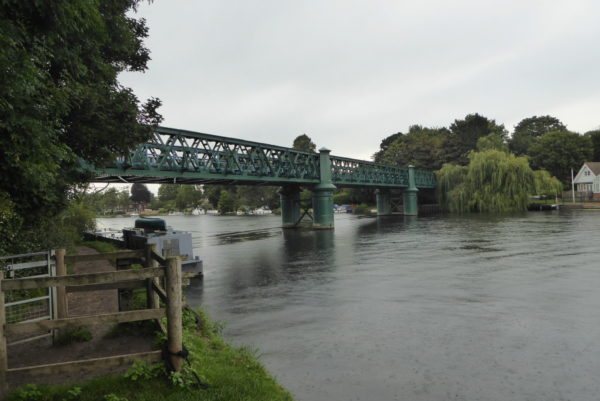 The obvious and easiest route would be to turn around and re-trace my steps, but if possible I always prefer to do a circular route.  So I take a path on the right that soon joins the Chiltern Way.  I turn right again towards the railway line and then at a junction of paths turn left, still on the Chiltern Way, to walk besides Winter Hill Golf Club with the railway line on my right. 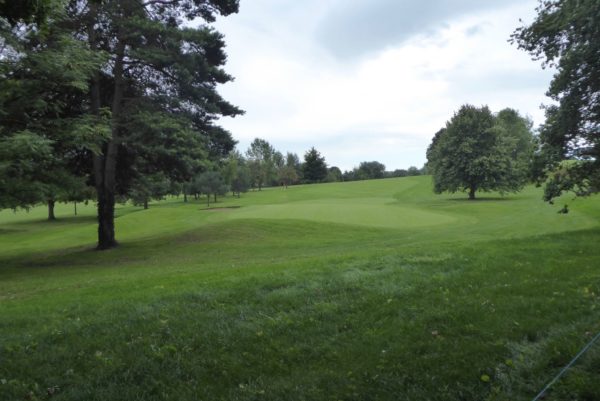 This path soon crosses the railway line before continuing through the golf course.  It goes directly across a couple of fairways so care is needed to avoid any flying golf balls.  Leaving the golf course I turn right, still on the Chiltern Way, and after going through a gate turn left following the path as is descends across the hill.  The hillside is covered with large fungi. 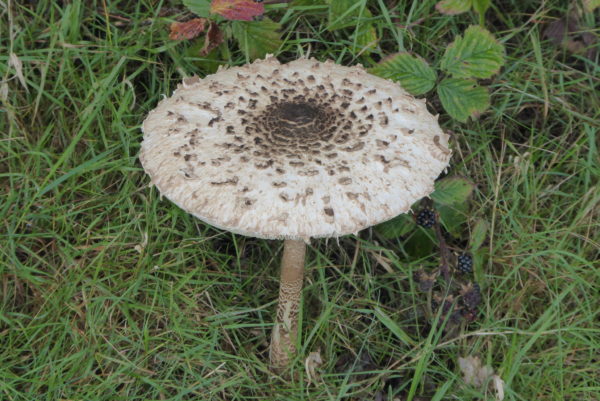 The path soon joins a lane that I leave to join a path on the right, which continues steadily downhill with fine views over the Thames. 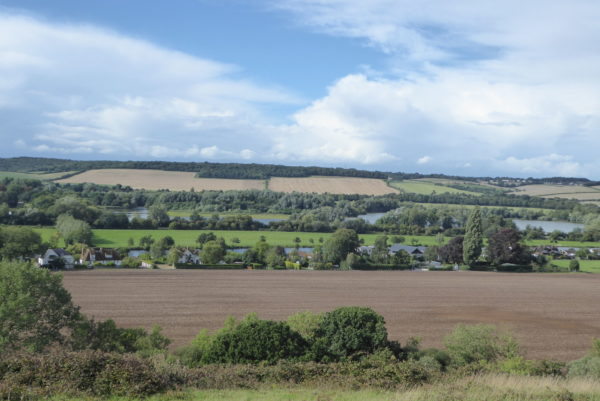 Reaching a road junction I cross taking the second lane on the right, which leads below woodland and soon there are houses on the right.  They are the back of many of the river front properties I viewed earlier.  At a footpath sign I skirt the boundary of a property to rejoin a lane.  The view up the Thames from here would be wonderful if the A404 road bridge did not dominate it. 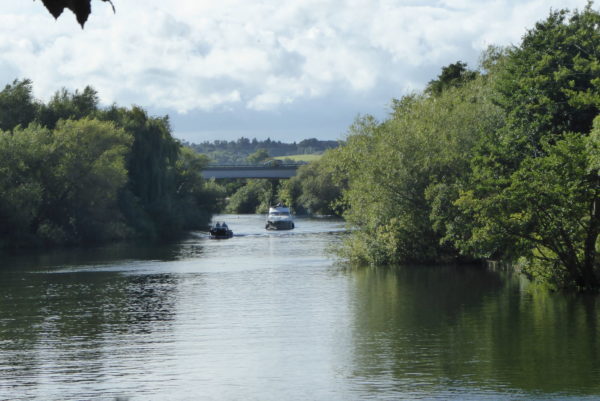 I reach Quarrywood Road and contemplate walking besides it into Marlow, but it is a busy stretch of road without a pavement, so I quickly decide against this.  Instead I pick up the bridleway opposite which forms part of the Cookham Bridleway Circuit.  After a couple of hundred yards I take a footpath on the right going over a bridge and into pasture.  There is evidence of bears but the only creature I can see in the field is a Heron. 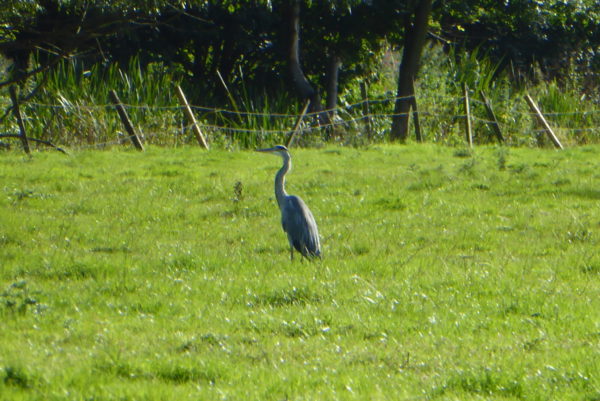 The path heads towards the A404 and after going through a gate reaches a tunnel under the A404.  This tunnel is dedicated to Margaret Bowdrey MBE.  The name meant nothing to me; so later I researched and found that she spent over forty years campaigning to keep public rights of way open in this area.  It is easy to take for granted the paths that we walk on, but it is thanks to people like Margaret that they remain accessible and open. 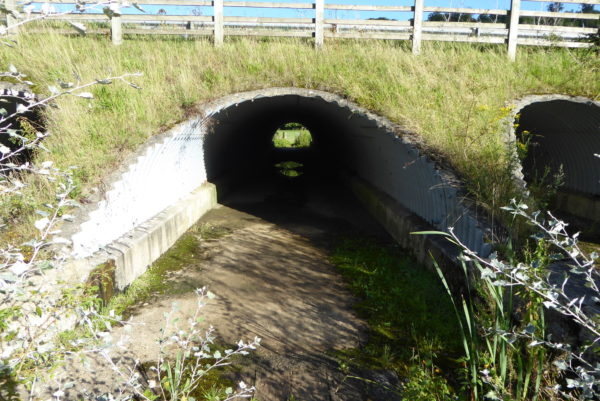 The path now heads through a couple of fields of sweet corn before arriving at a road on the outskirts of Marlow.  I turn right here to walk into the town. 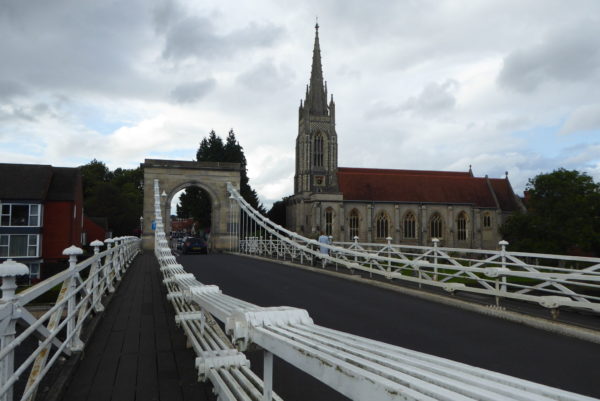 After crossing the attractive Marlow Bridge I turn left and walk back through Higginson Park to reach the car park to meet Lynnie and Lolly.  My walk has covered seven miles, just the right distance for my sore foot. 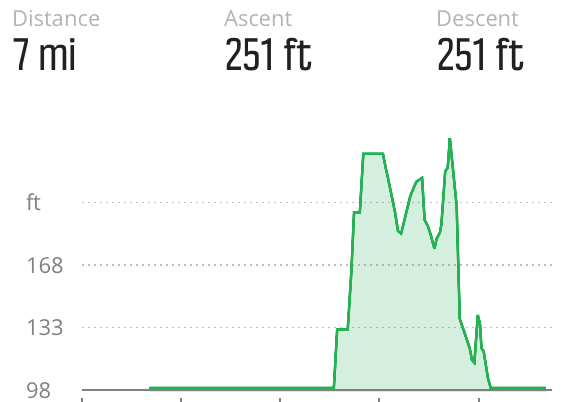