After my lengthy walk yesterday we decide on a quiet day, only strolling into Appledore so Lynnie can “bag” another Hockings Ice Cream van.  From previous visits she knows one parks near the quay and it seems to have been calling her for the last couple of days!

We time our walk to catch the low tide so we can walk along the shore rather than follow the road. Leaving Seabreeze CL we turn left down Burrows Lane and then after going through the kissing gate we turn right to follow the route of the South West Coastal path. 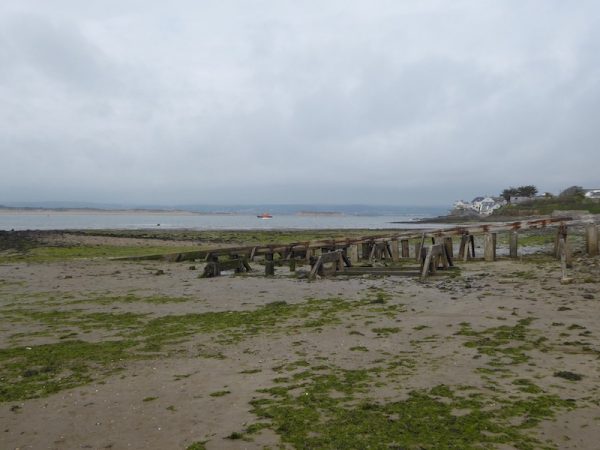 Moored in the estuary of the Torridge and Taw rivers is a RNLI lifeboat.  This is one of two lifeboats at the Appledore Station, apparently this is a Tamar Class All Weather Lifeboat (known as an ALB) named the Mollie Hunt after the person who donated a £1.3m legacy to the RNLI. 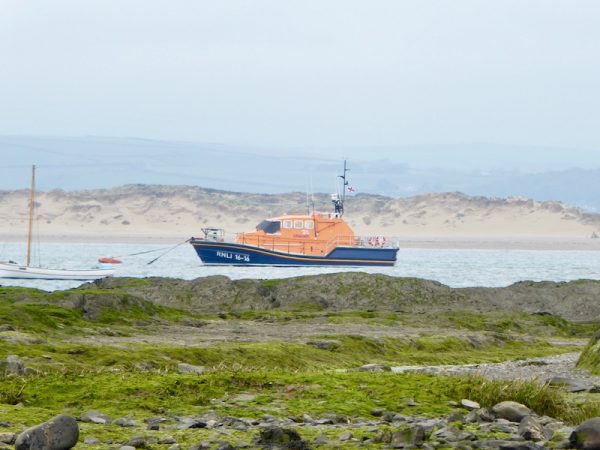 We wander into Appledore along the slipway to the Lifeboat station. 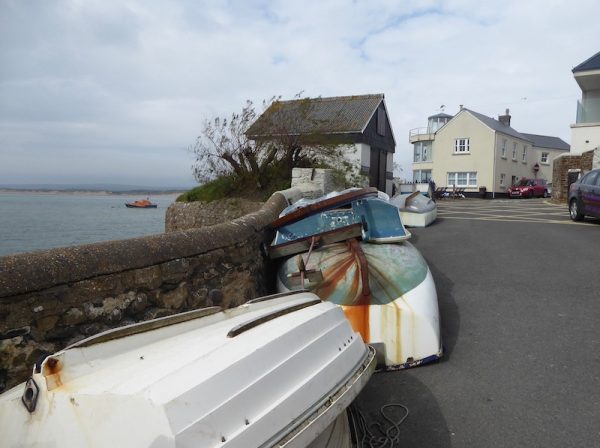 We then pass the Old Customs House. 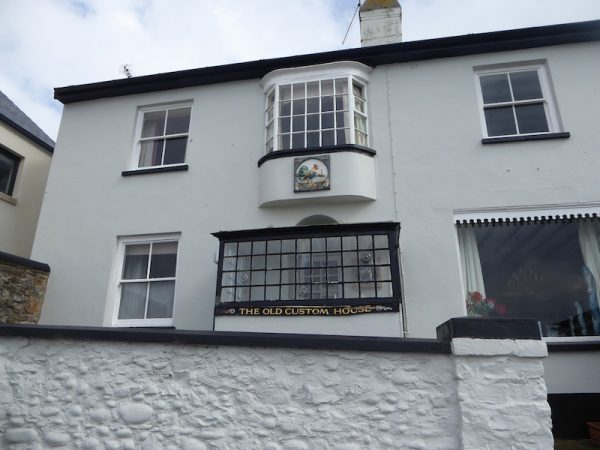 Then head down the picturesque Irsha Street.  The cottages in this street would have at one time housed the local fishermen and boat builders, these days many are holiday homes. 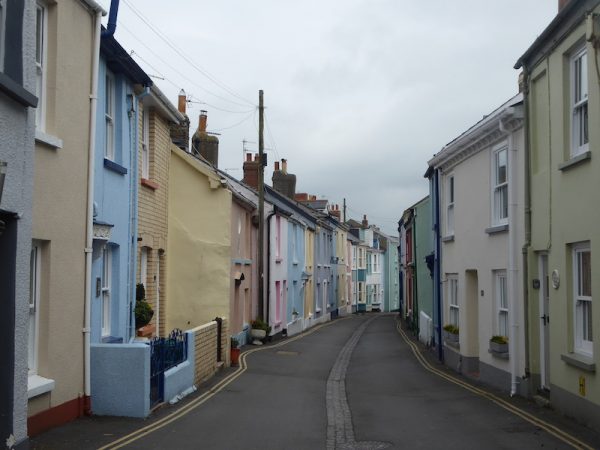 Reaching the quay Lynnie spots the Hockings Ice Cream van and is soon rummaging in her purse to secure her desired purchase.  The dogs are now keenly focussed on Lynnie, or more accurately her ice cream, hoping for a spill or a share.  They should know better, there is slim chance they will be allowed any Hockings! 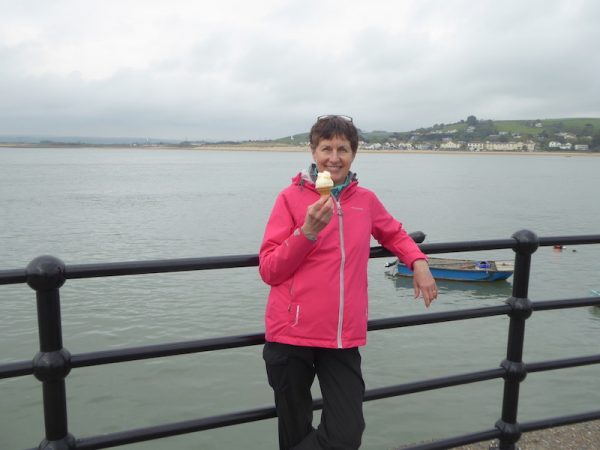 From the quay we look across the water to Instow on the far side of the River Torridge. 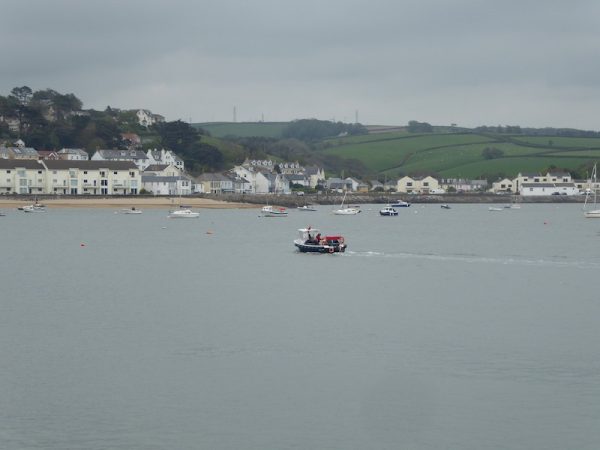 As well as being a fishing port Appledore’s history is steeped in ship building.  In 1855 William Yeo started a shipyard. At the end of the quay is The Richmond Dry Dock built by Yeo on 1856. 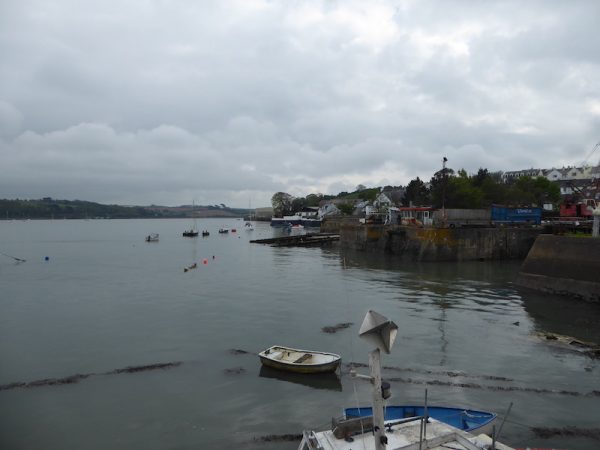 The dock gets its name from Richmond Bay on Prince Edward Island off  Canada, where Yeo’s shipbuilding was based.  Apparently at the end of the 18thcentury there was short supply of quality English Oak and a Cornish man, James Yeo, went to Prince Edward Island where the oak was of equal quality. He came up with the plan of building part finished vessels and using them to transport oak to Appledore where his son William would oversee the fitting out of vessels and use timber for new constructions.

Thus started the boatbuilding tradition, which endured until March of this year when the Babcock’s shipyard was closed down. 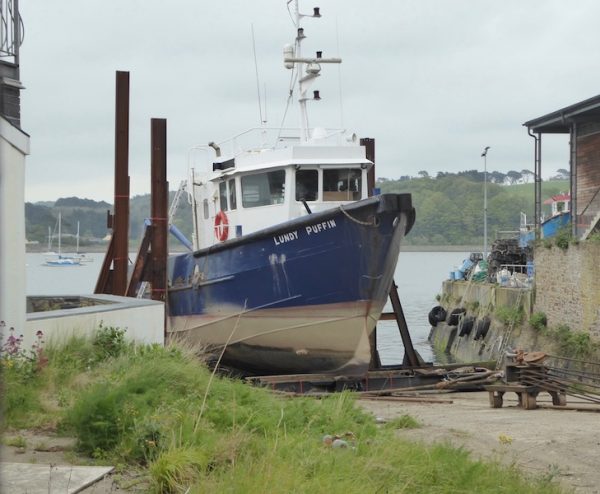 We turn into New Quay Street and briefly explore some of lanes leading from it. 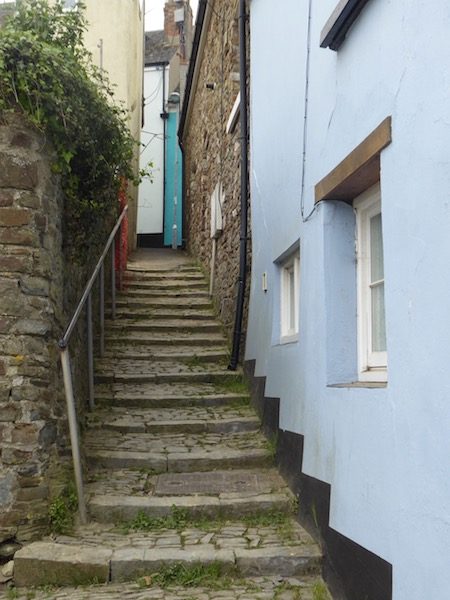 Then we walk along Hubbastone Road to join Wooda Road which we follow until we reach the A386, which we cross to join Primrose Lane.  Now we follow this lane downhill to return to Seabreeze CL.  We have covered three miles on our walk which is just about the right distance for Dexter, but more importantly Lynnie has secured another Hocking’s ice cream.